INSIDE LOOK: The ‘Mego’ HULK Playset You’ve Been Waiting Decades For 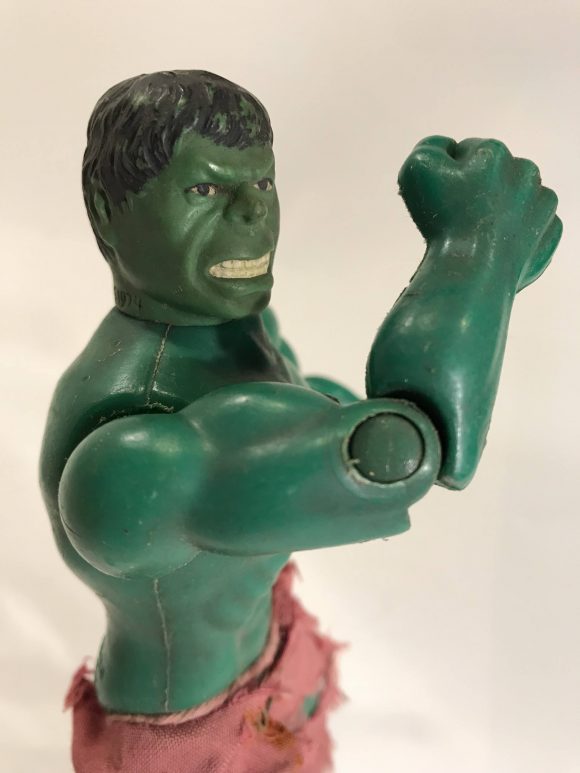 Been awhile since we’ve shown off one of Anthony Durso’s groovy Mego-scale custom playsets — and this irradiated piece is the kind of thing Hulk fans have waited decades for.

Dig this INSIDE LOOK at the Hulk Gamma Lab Hideaway: 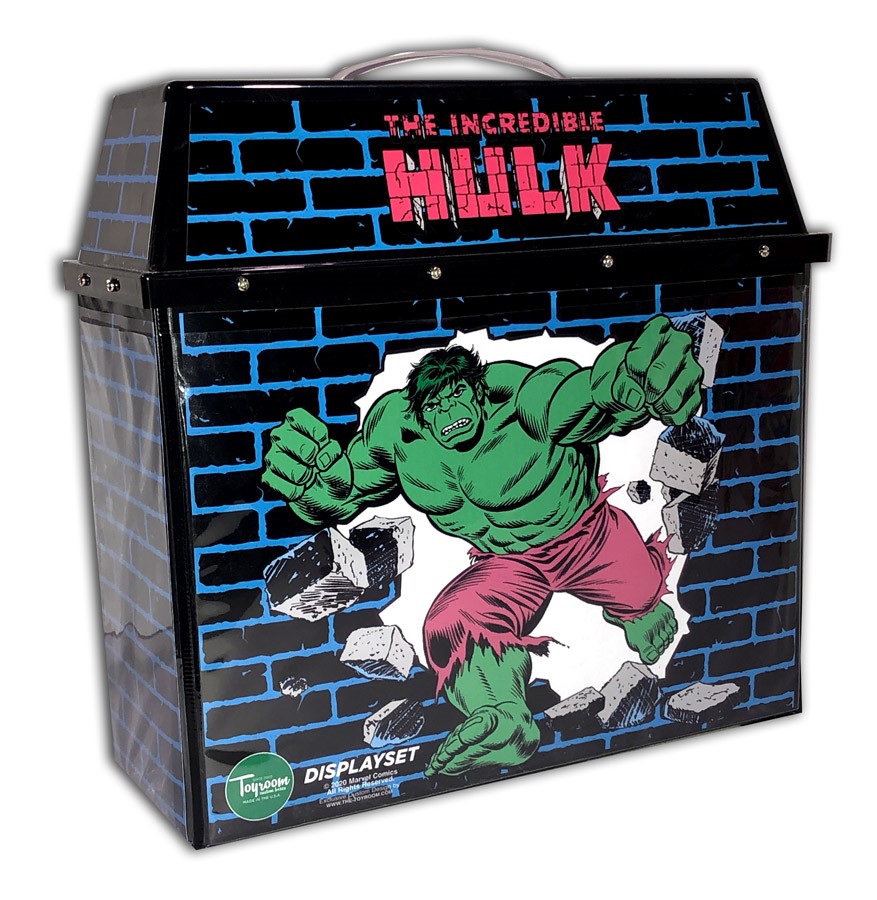 “The original idea behind this years ago was an homage to the 1978 Tara Toys’ Hulk Hide-A-Way Playcase offered as a Sears Wishbook exclusive for that year, as well as including a Mego Star Trek Transporter mechanism to change back and forth between Bruce Banner and The Hulk,” Anthony said. “But those are hard to come by today so it didn’t make sense to include it at this time.

“So instead it became a bunker-type building where Bruce can safely (?) monitor his transformation into Ol’ Greenskin. The Gamma dials on the interior panels (left and right) are inspired by screen caps of the ones used on the Bill Bixby/Lou Ferrigno TV series, while the back wall references the holding device from ’70s-’80s comics that Banner was often strapped to.” 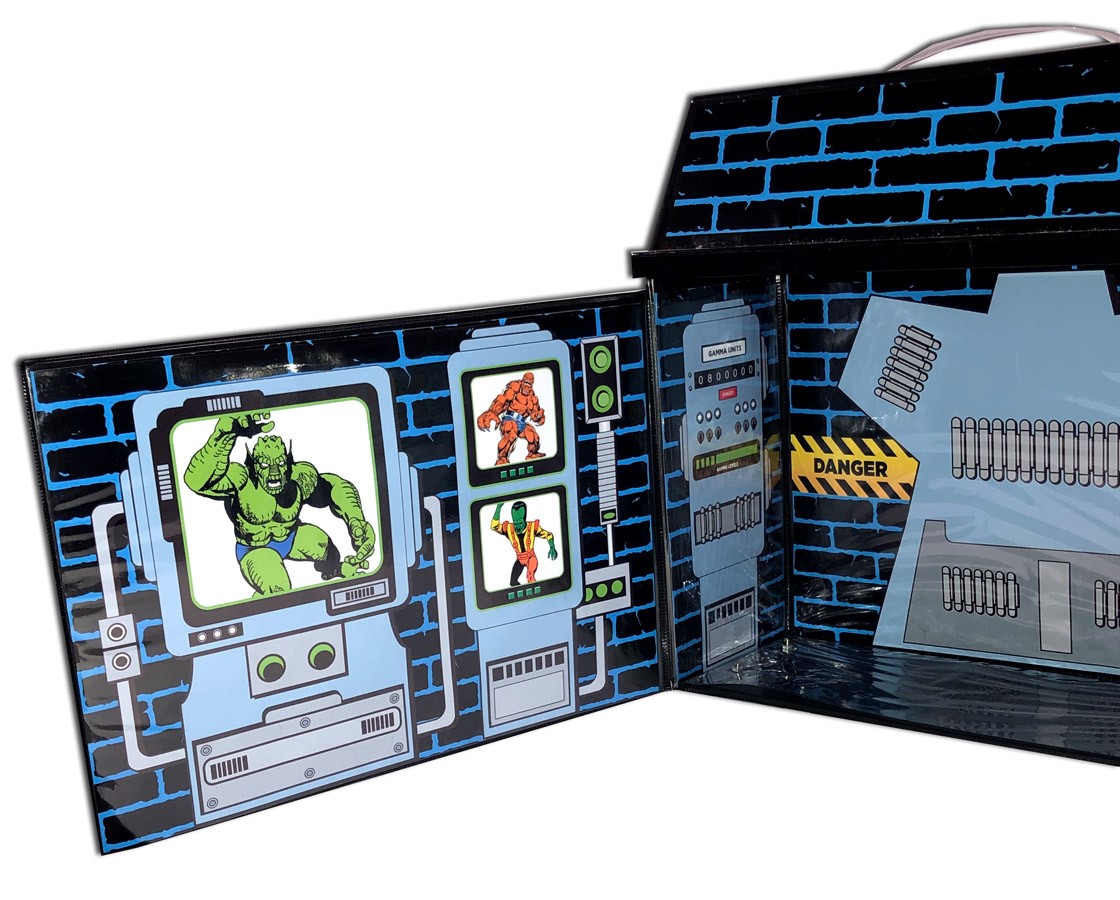 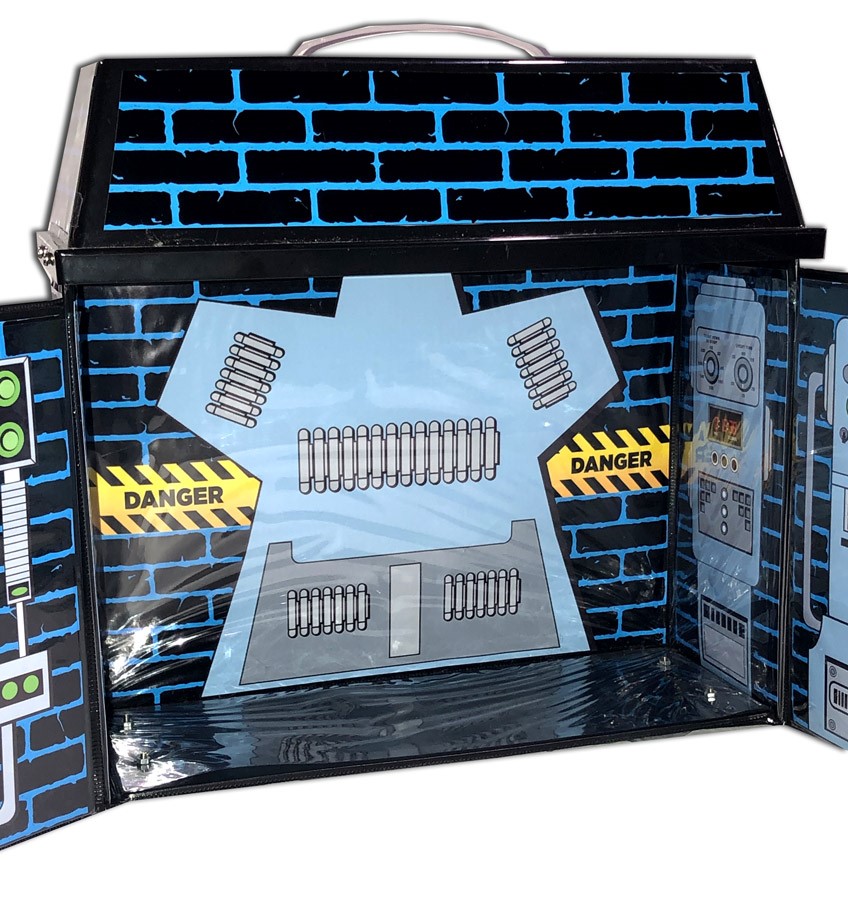 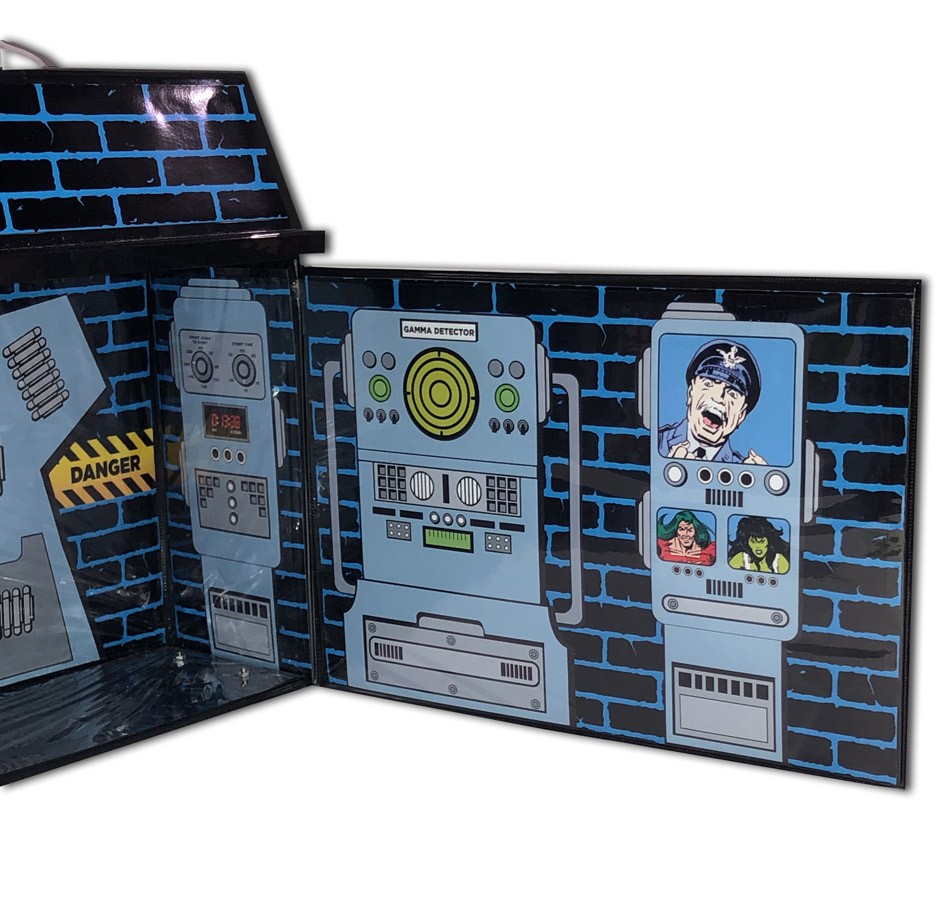 “The computers on the left are data bases containing info on some of the Hulk’s greatest foes. Abomination? Check. The Leader? Check. Um….Bi-Beast? Yup. I don’t think I’ve ever read a comic featuring the Bi-Beast but I do recall that he was featured as one of the characters in Presto Magix’s Incredible Hulk Attack of Gamma Base dry transfers that I had back in the day,” Anthony added.

“On the right, there’s a Gamma Detector to track others who have been exposed to Gamma Rays. And the communicator allows Banner to keep in touch with allies like Doc Samson and She-Hulk. Of course, Thunderbolt Ross has to get his two cents in.” 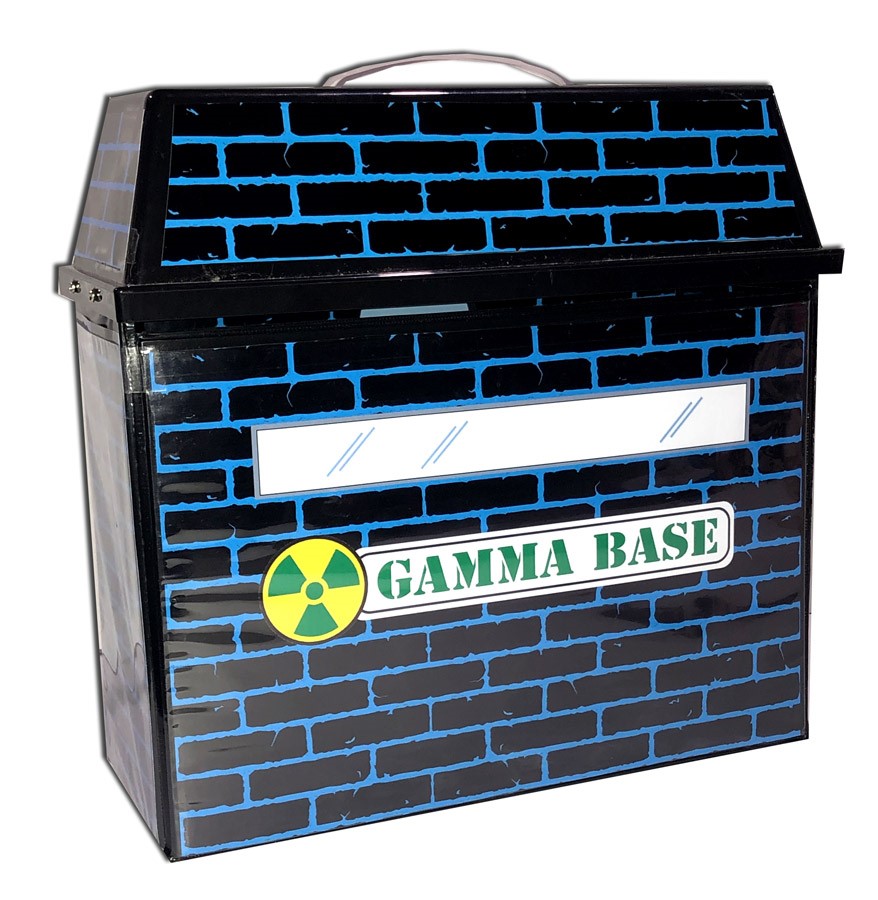 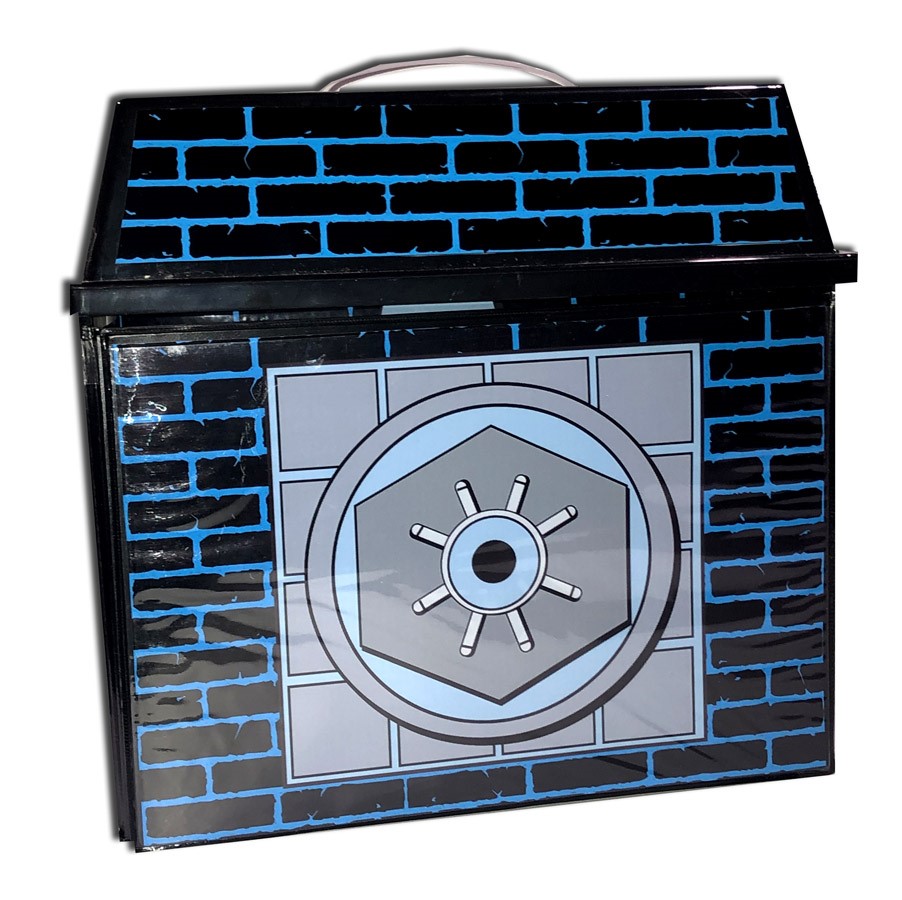 “The whole lab is locked up tighter than a drum just in case Rick Jones needs to throw his buddy Bruce in there to protect lives and property from a rampage by Jadejaws. But as the front of the case shows (featuring John Romita artwork modified from Marvel Treasury Edition #5), there might be some cracks in that theory.”

— A nice, clever addition to Anthony’s ever-growing line of “displaysets” from The Toyroom.