INSIDE LOOK: The ‘MEGO’ IRON MAN ARMORY Playset You’ve Been Waiting For

Back in Black album sold separately… 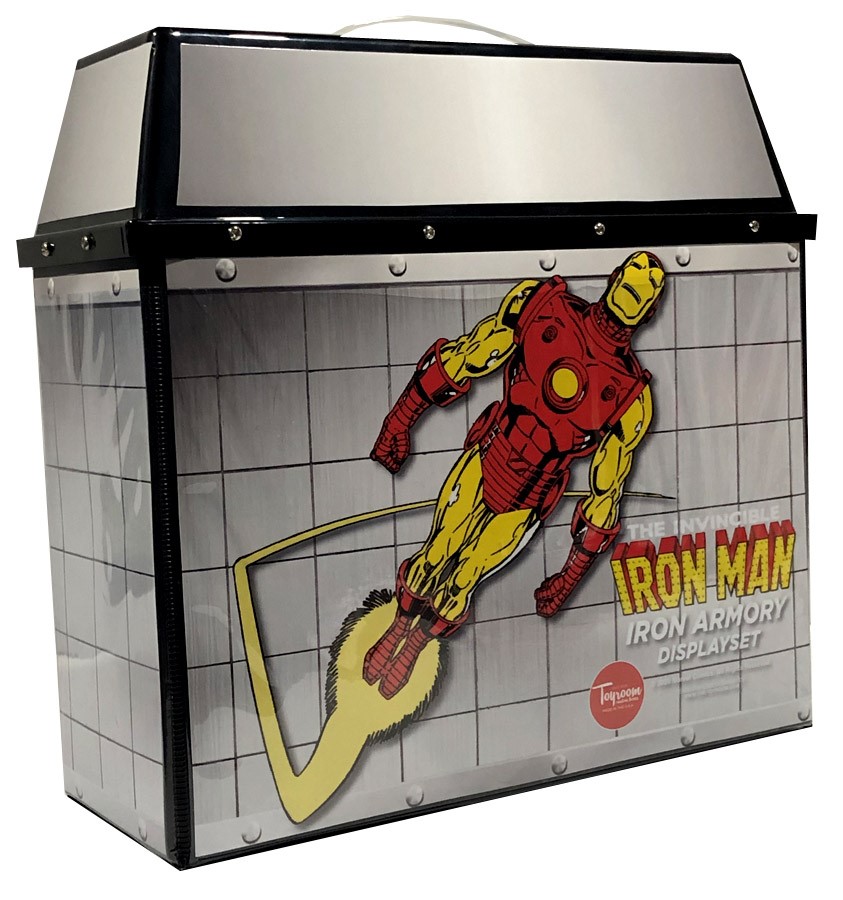 Here, you can listen to this while you read:

We’ve been having a lot of fun this week showing off The Toyroom’s custom-made playsets that are scaled to your fave 8-inch Mego figures (or Mego-style figures, if you prefer).

But now it’s time for some Marvel — with designer Anthony Durso’s first visit to the House of Ideas. 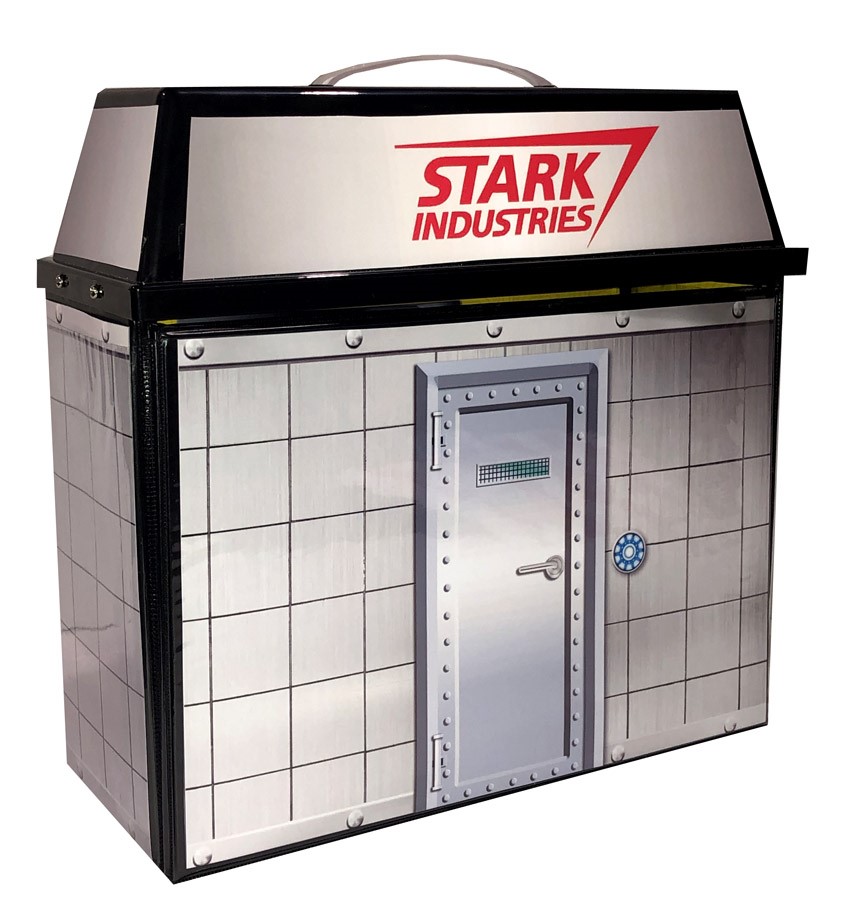 “This was originally done many years ago as a hand cut/laminated cardboard piece trifold display,” Anthony, who also owns Retropolis Tees, explained. “I seem to have more of a natural affinity for the DC headquarters and clubhouses so this was my first venture into Marvel territory. And history is repeating itself with this being the first Marvel playcase entry in this new format.”

“The workbench panel contains a bunch of Easter egg nods to Iron Man comic history,” he continued. “The entranceway/vault aspect is a reference to the arc reactor of the movies.” 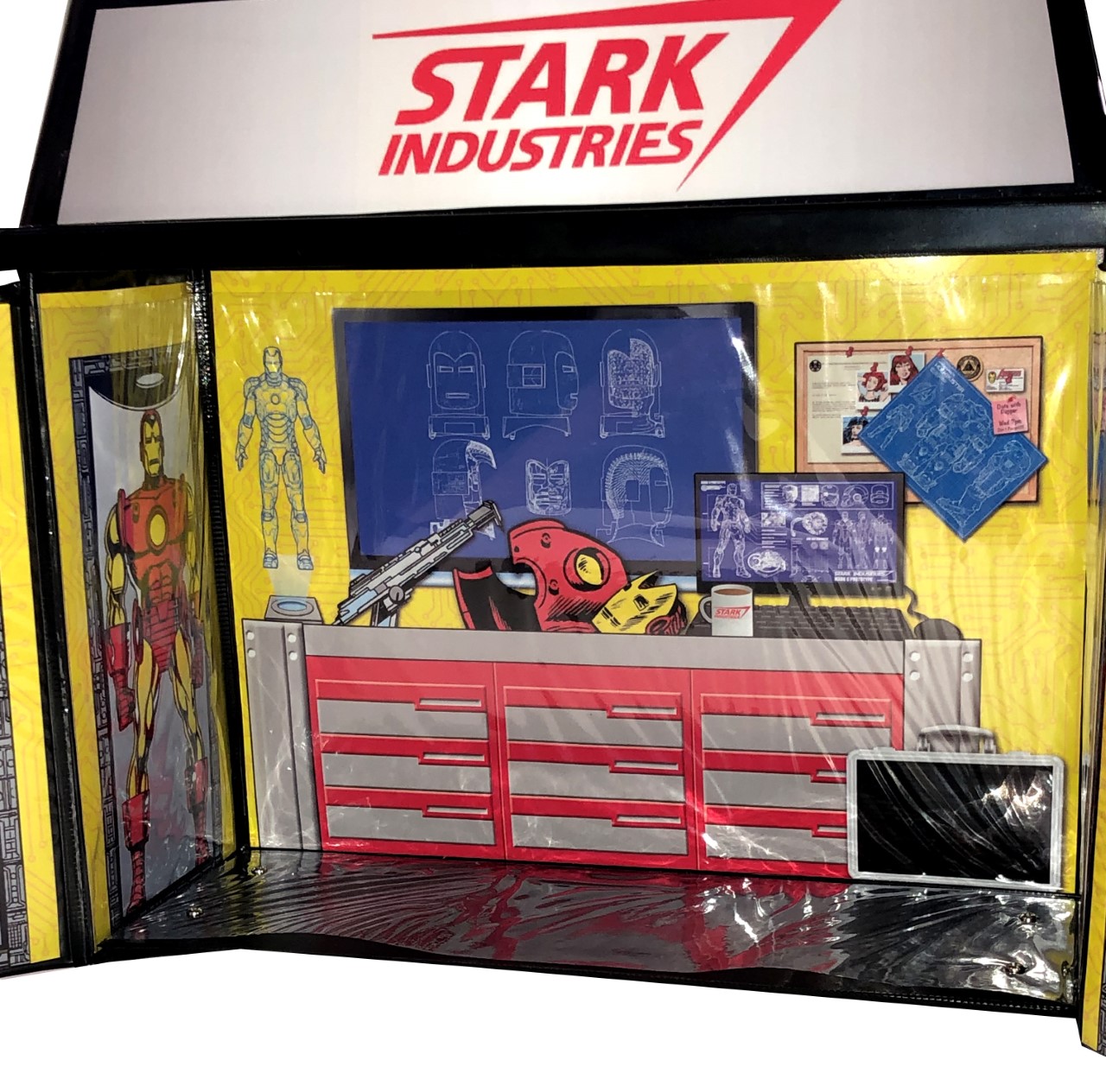 “An Iron Man armory obviously needs to have various suits of armor and I tried to use mostly Bob Layton art, some slightly altered (like the version of armor that briefly sported a nose piece like the Mego figure uses a Jack Kirby head),” Anthony added. “To me, Layton is the ultimate Iron Man artist and that’s why I went with his art. And although there’s probably at least 50 versions of the armor over the years I tried to stay mostly in the Bronze Age Mego era with my choices.” 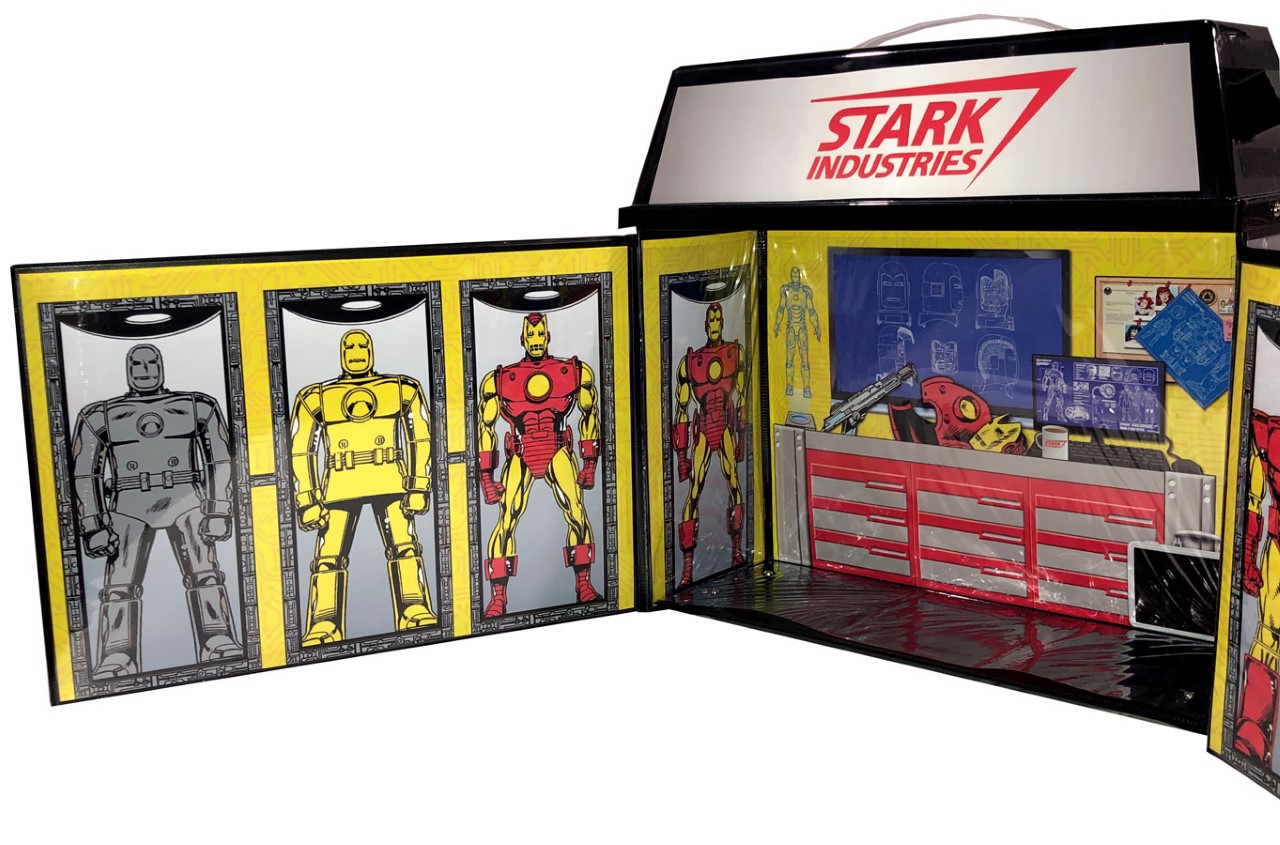 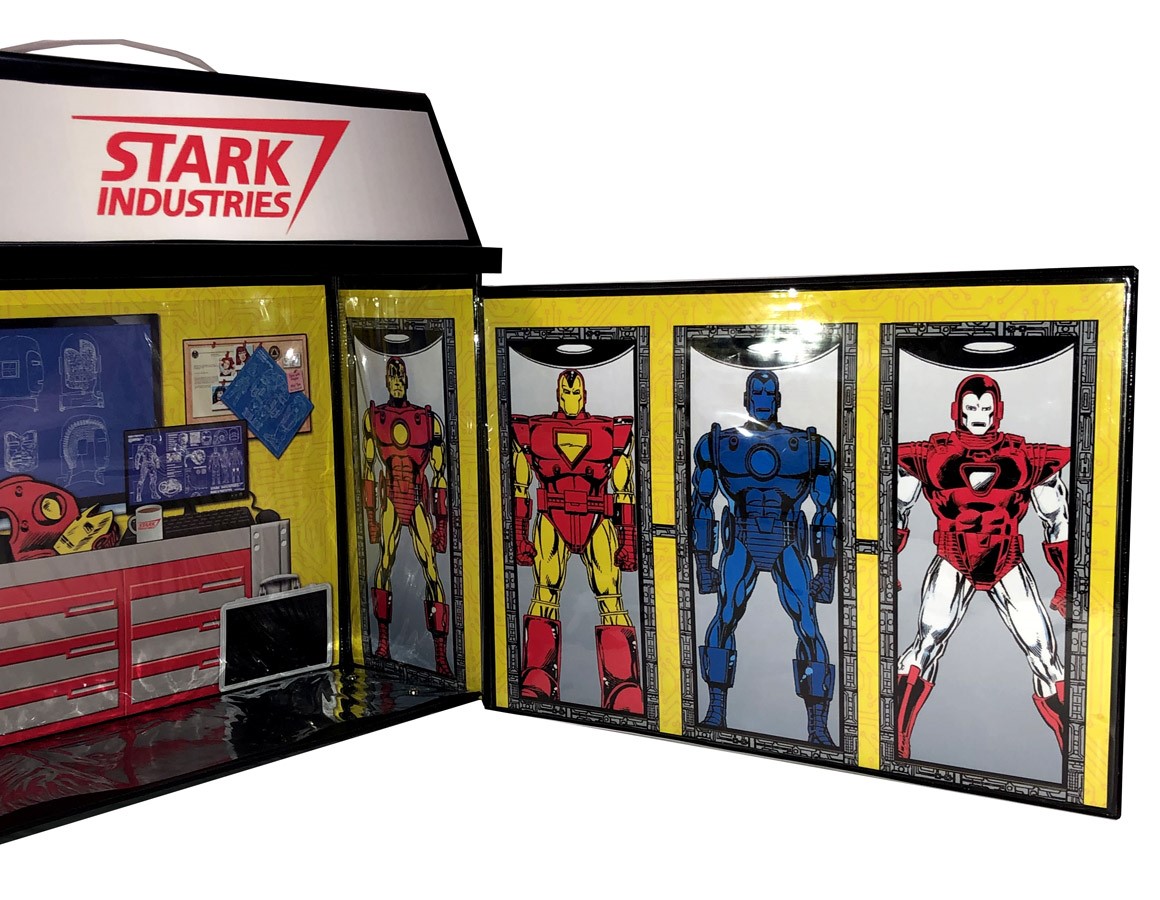 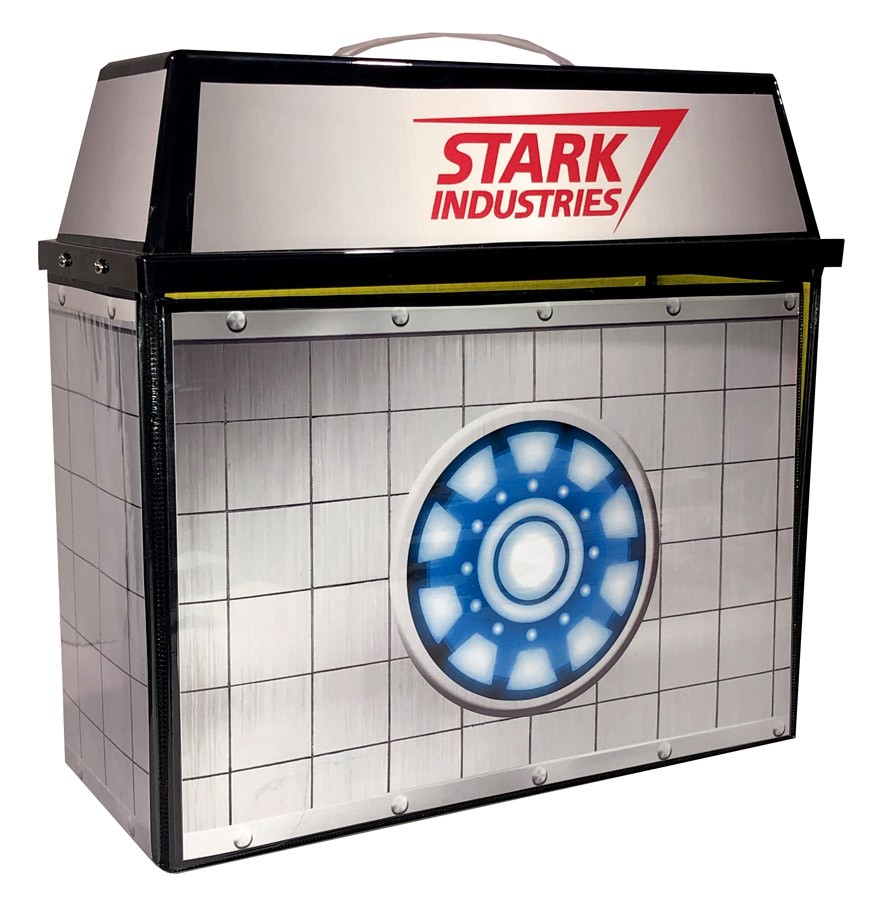 Like Anthony, I also have a natural affinity for DC playsets, but I would love to see Green Goblin’s hideaway, Peter Parker’s apartment/Daily Bugle/Manhattan rooftop scene, the Baxter Building, you name it.

Then again, I’d also like to see an official re-release of this figure: 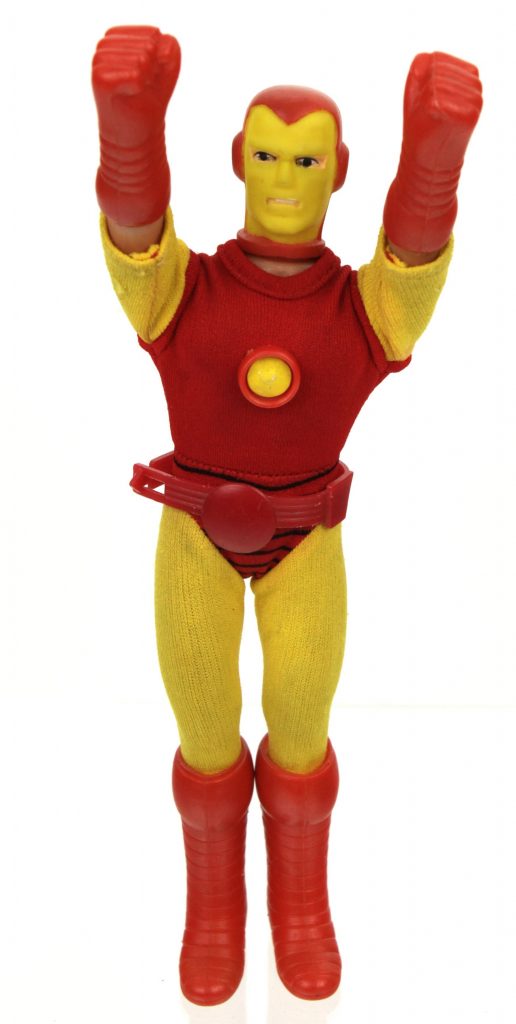 Not included with the playset.

Oh, and no, I don’t make a penny off this. Just bringing groovy stuff to you, the people.