INSIDE LOOK: The ‘Mego’ HALL OF JUSTICE Playset You’ve Waited Decades For 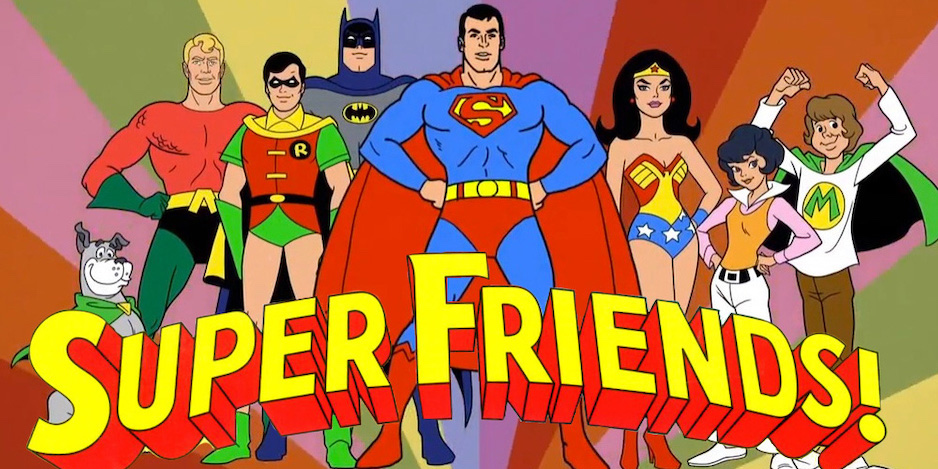 One of the great misconceptions about Mego is that the company’s first four superhero figures — Superman, Batman, Robin and Aquaman — were based on the Super Friends. Thing is, Mego’s figures came out in 1972 — well before the TV show debuted in the fall of 1973.

Nevertheless, it makes all the sense in the world that the connection between Megos and Super Friends has remained strong for decades. After all, chances are that as you watched the show on Saturday mornings, you had your Megos right in hand. (And now there are Mego-like figures that ape the show’s designs.)

Well, all these years later, you can finally get your hands on a Super Friends Hall of Justice scaled to any of your 8-inch figures, thanks to the continued great work by The Toyroom’s Anthony Durso. 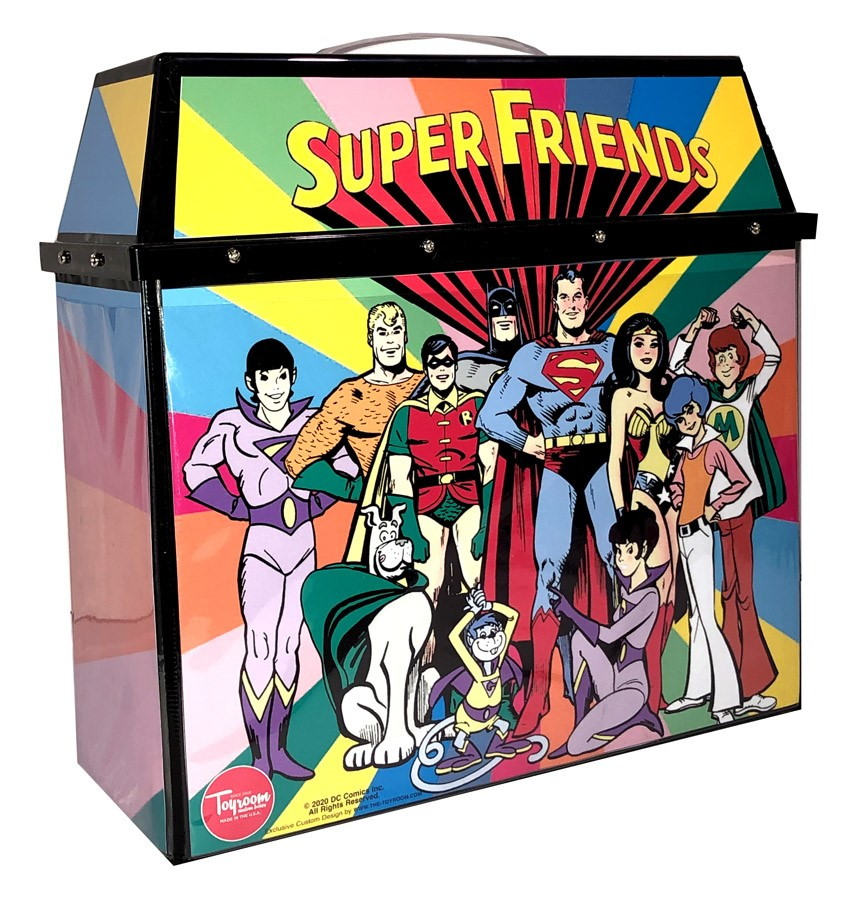 “Even before I made a Hall of Doom displayset (click here) there were many requests for a proper Super Friends Hall of Justice,” Anthony said. “When I was a kid, Super Friends was a Saturday morning staple for me in its various forms over the years… much like Scooby-Doo and Bugs Bunny/Road Runner. This displayset encompasses that era for me, before the show became all Super Powers-y. The front utilizes the famous Alex Toth artwork (with Curt Swan Superman head swap) from Limited Collectors’ Edition #C-41, with the addition of the Wonder Twins and Gleek. 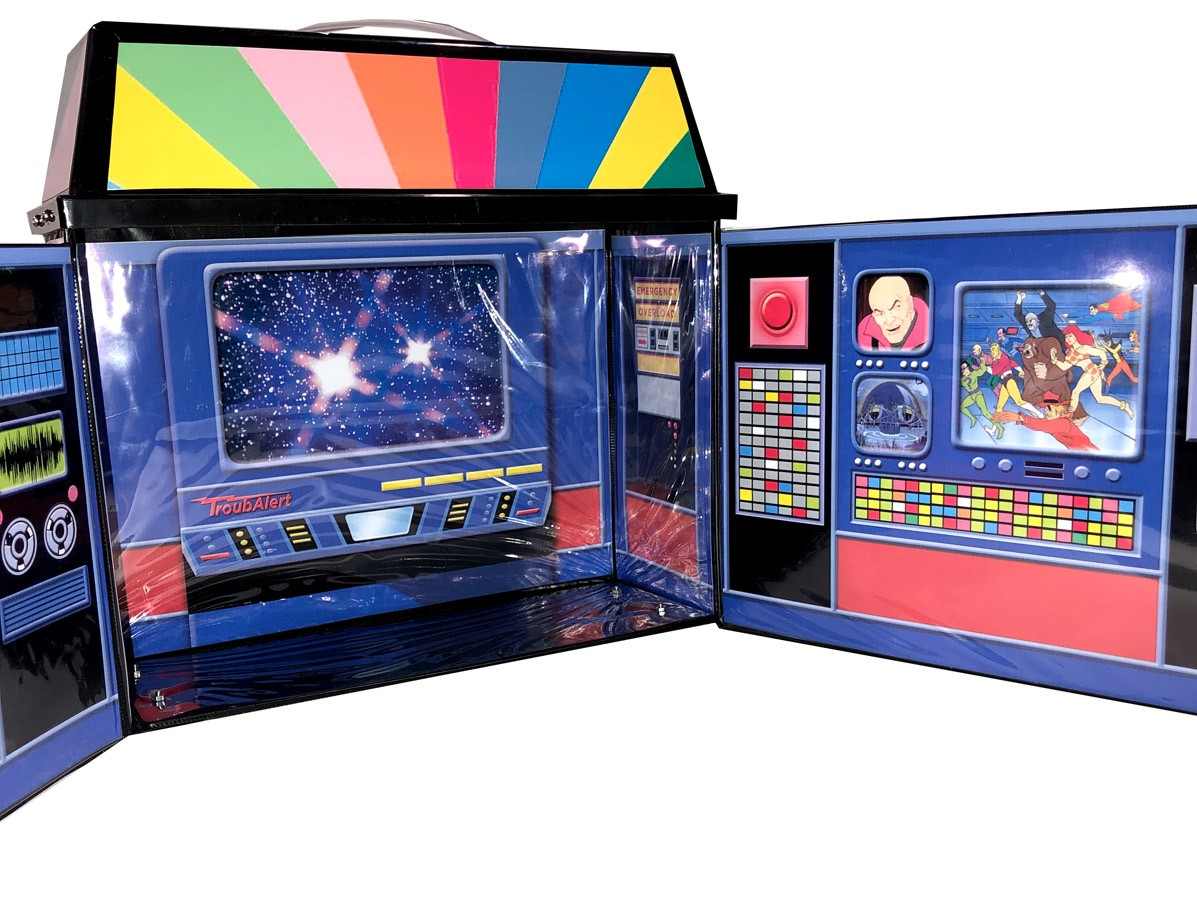 “For the interior, the most obvious feature was the TroubAlert and… well, that’s it,” Anthony added. “Although the Hall of Justice looks spacious inside, there’s really not a lot going on. And no consistency. That’s what I discovered watching and freeze-framing countless episodes for reference. Objects change from frame to frame and there’s no real rhyme or reason to any parts of the ‘Justice League Computer.’ So what I did is capture some of the bells and whistles that jumped out at me, even if I have no idea what half of it is for. I rounded it out with TV monitors of various crises, villains and obscure team members. 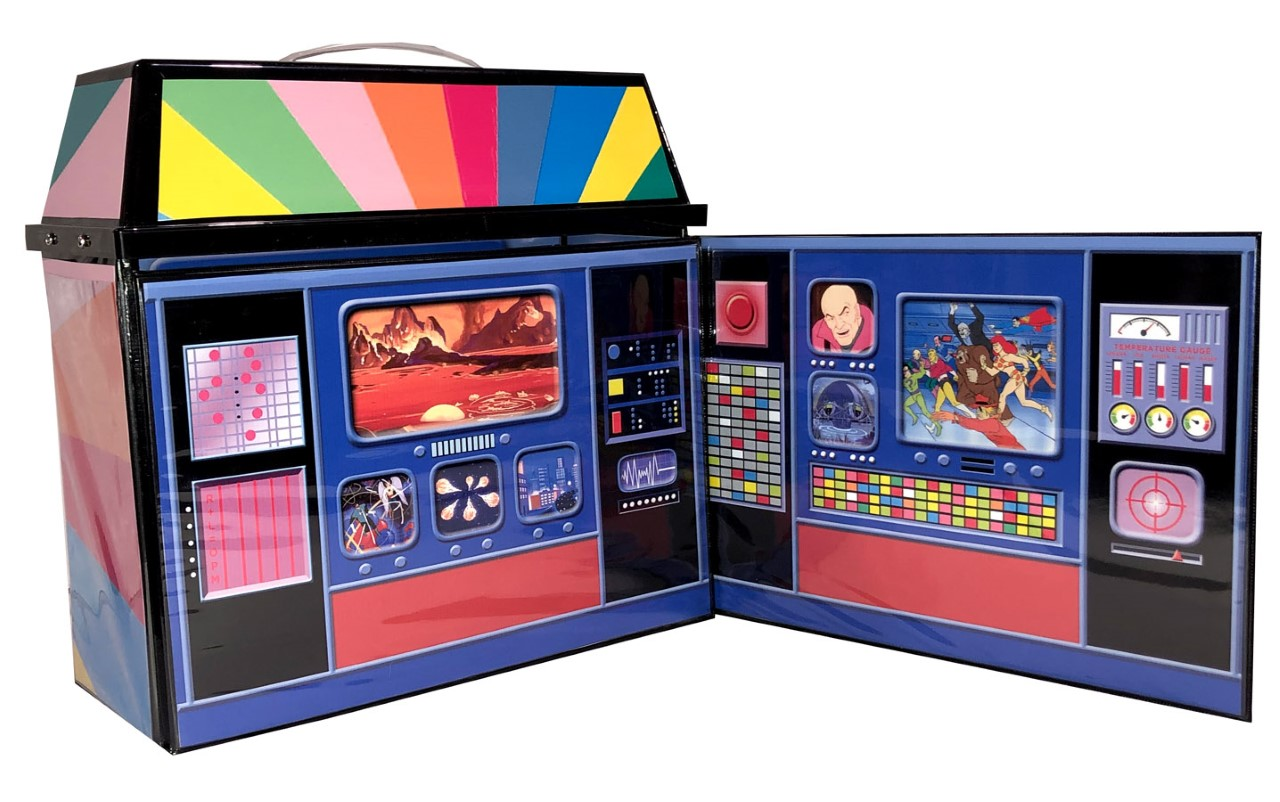 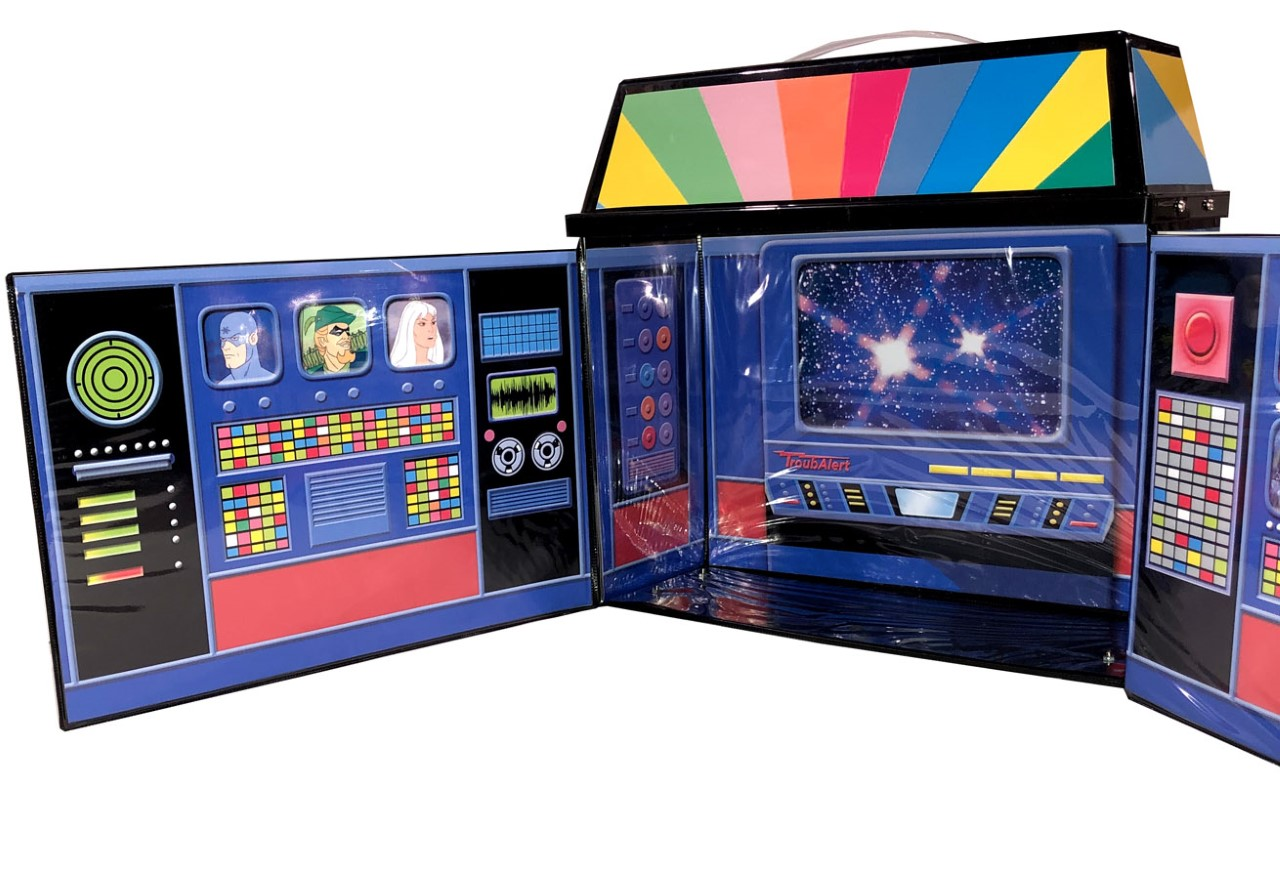 “But I think that’s what a playset from the ’70s would’ve been like anyway,” Anthony, who’s also a 13th Dimension contributor, continued. “Leave it up to the kids and their imagination. I think this is one of my favorites of the ones I’ve done. The candy-colored kaleidoscope aspect of it all appeals to me.” 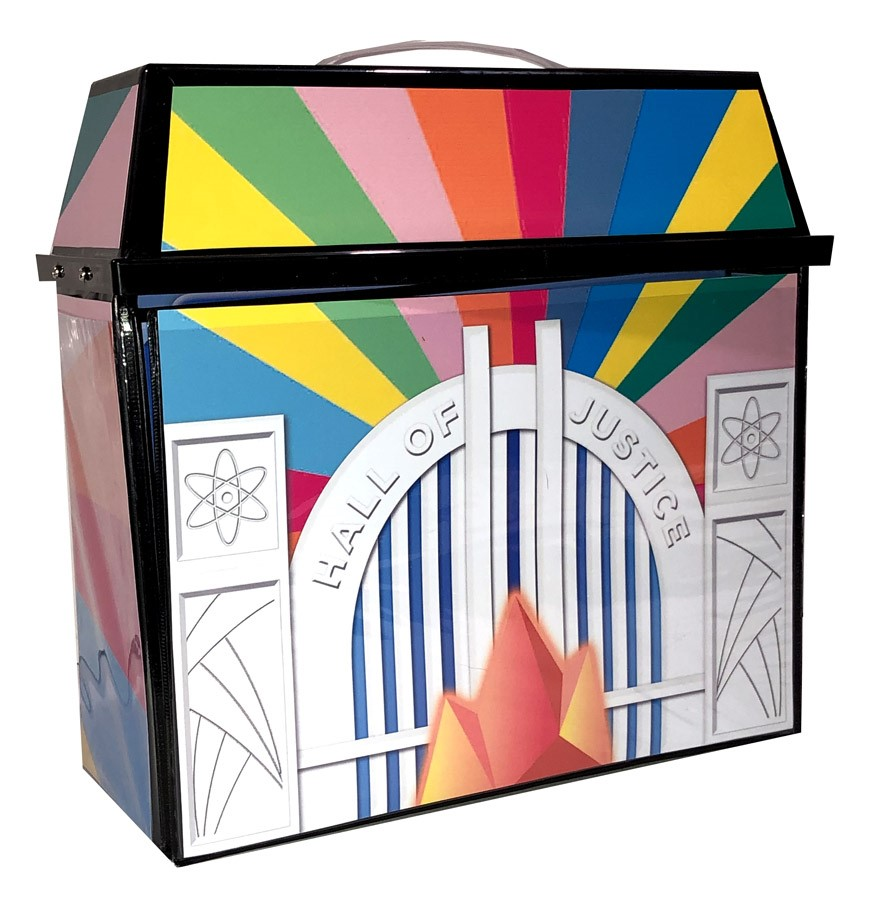 — HUGE bonus points for including Rima the Jungle Girl!

— This is a really good time to remind you of The World’s Greatest Super Friends Podcast, hosted by John S. Drew and yours truly. We go ep by ep and we’re about halfway through Season 1. (Click here.)

— It’s unofficial JUSTICE WEEK here at the ol’ 13th Dimension. On Monday, we gave you an INSIDE LOOK at Anthony’s JLA Satellite (click here) and Tuesday it was the JSA Brownstone (click here). Next? The Hall of Doom. (Click here.)