PLUS: 13 FOOM COVERS to make you feel good… I’ve been on an official fanzine kick lately — you know, the ones Marvel and DC put out in the ’70s. Gotta tell you though: It ain’t cheap. For example, Marvel’s FOOM — aka Friends of Ol’ Marvel — ran 22 issues and a healthy number of those will cost you well into three figures. That adds up. So how about a FOOM omnibus, Marvel? Seriously, how cool would that be? Reading these mags is like a guided tour of the Bronze Age and a nice, catchall set would be a boon to longtime fans and collectors. I mean, if we can get Official Handbook of the Marvel Universe omnibi and re-releases of black-light posters, why not this? Anyway, while we wait for something that may never happen, dig this 13 COVERS gallery. (And yes, you can look forward to 13 Amazing World of DC Comics covers, too!) By the way, not all of these covers have readily available artist credits, so some of these are presented without them. Groovy. — MORE — THEY’RE BACK! Classic MARVEL Black Light Posters Revived for 2021. Click here. — OFFICIAL HANDBOOK OF THE MARVEL UNIVERSE: DELUXE EDITION to Get Omnibus Collection. Click...

The fan-fave writer turns 73… My Batman/DC myopia was so acute when I was a teen that when the news hit in the early ’80s that Doug Moench would be taking over Bat-writing dues, my response was “Doug who?” A more learned fella at the place where I got my comics replied, “Oh, you’ll love him. He did Moon Knight.” Now, Moon Knight I knew about because all of those more knowledgeable dudes read it, loved it and raved about it — and liked to give me a hard time because they said it was better than Batman. Perish the thought, but hey, at least Moench came highly recommended. (The scribe debuted the character with artist Don Perlin in 1975’s Werewolf by Night #32 but by the ’80s, Moench’s solo-title run with artist Bill Sienkiewicz was the shizz.) Anyway, Moench — who was born 73 years ago on Feb. 23, 1948 — has never gotten a 13 COVERS salute here at 13th Dimension. Writers often don’t but I wanted to rectify that this year. Naturally, my first instinct was to go with Batman — but in the end, to me, it had to be Moon Knight. (Naturally, I would have been equally justified in spotlighting Planet of the Apes, Master of Kung Fu or any number of other titles with which the fan-fave writer has been associated. Hey, there’s always next year!) Dig it. — MORE — How a Meeting at DC Led BILL SIENKIEWICZ to Marvel’s MOON KNIGHT. Click here. — Marvel to Re-Release Another Set of EPIC COLLECTIONS This Summer — Including MOON KNIGHT. Click... 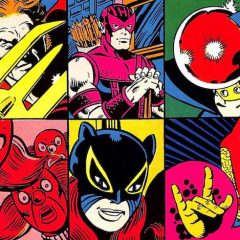 PLUS: 13 FOOM COVERS to make you feel good… 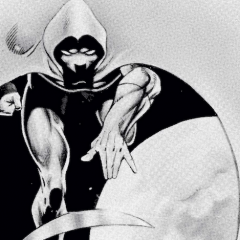 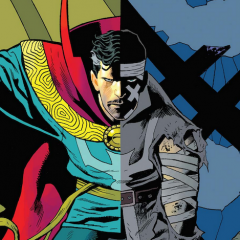 One of comics’ most popular artists turns 63… 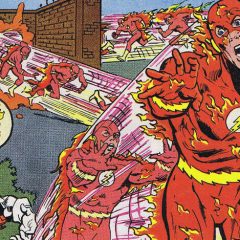 The Bronze Age stalwart was born 72 years ago… 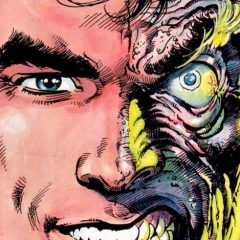 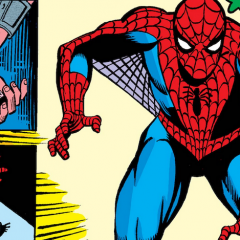