Fred Van Lente pays tribute to the late, great artist, who was born 94 years ago… — UPDATED 6/17/21: One of the industry’s greatest illustrators, the late Wally Wood was born 94 years ago — June 17, 1927. This piece by columnist Fred Van Lente first ran in 2020 but it’s obviously the perfect time to present it again. Dig it. — Dan — By FRED VAN LENTE Wally Wood was a unique artist by his era’s standards as well as our own. It makes sense he was most associated with science fiction, as he was clearly heavily influenced by the illustrators of classic SF pulps in the same way as the only other artist I can really compare him to, Jack Kirby. For lack of a better word, Kirby and Wood’s art was muscular — it carried weight, even as their characters hurtled through weightless space. Wood lacked Kirby’s facility for character-driven action, though, and as the Kirby style took over the Marvel Age, Wood got more work as an inker than as a penciller, deploying his robust blacks to empower other artists’ lines. Little wonder Kirby asked Wood to ink him on the King’s singular (and singularly disastrous) foray into newspaper comic strips, Sky Masters of the Space Force. Wood, of course, made his name in the EC science-fiction books of the pre-Wertham purge. Science fiction was the “It” comic book genre in the 1950s after the superheroes had waned and romance remained strong but had peaked. EC’s SF books were considered the gold standard, inspiring SF-agent-turned-DC-editor Julie Schwartz to introduce competition in titles like Mystery in Space (the lead feature of which, Adam Strange, I took a loving look at in another column). Though EC poobah and writer/editor Bill Gaines, a giant SF fan, burst with pride for his space titles, I am going to make the heretical assertion that of all the EC books they have aged the worst, with their formulaic premises and predictable twist endings. They’re a case study in why being a fan of a thing doesn’t qualify you to create the thing, any more than the average Bleacher Creature should start for the Yankees. Tales from the Crypt holds up better by being not quite as self-important, as well as genuinely funny, thereby taking the reader to unexpected places. But Wood...

A birthday tribute to the late artist, who was born 94 years ago… Being a New Yorker, one of the groovy thrills of reading comics is when certain landmarks pop up. I’m not just talking about the Empire State Building or the Brooklyn Bridge but locations and complexes that are likely to pass other readers by. The late Ross Andru — who was born 94 years ago on June 15, 1927 — was a master at this particular craft. From the famous to the obscure, Andru imbued his 1970s Amazing Spider-Man comics with skyscrapers, bridges, power plants and other points of interest lifted from real life. His eye for detail was keen and his devotion to capturing the city’s atmosphere was substantial. Andru’s commitment to going the extra mile caught the attention of Facebook user Rober Conner, who’s posted over the last two or three years dozens of comparisons between Andru’s panels and their inspirations in the SCOPE OF ROSS ANDRU Facebook group. (Click here to join.) “I have 53 posts, which contain 92 panel comparisons of Ross Andru’s real-life depictions of places and things around NYC and Paris, France (where issues 143 and 144 were set) from his five-year run on Amazing Spider-Man, Giant-Size Spider-Man and Superman vs. the Amazing Spider-Man,” Rober told me. “I have about 20 to 30 more panels that I haven’t posted, but some are duplicates. So, overall I found about 125 real-life references that Ross worked in.” I’d love to run all 53, but we count in increments of 13 in these parts, so we’ve whittled down the list accordingly. I chose the selection based on a combination of the well known and the lesser known. So here are 13 REAL-LIFE NEW YORK LANDMARKS THAT ROSS ANDRU TUCKED INTO SPIDER-MAN. They’re in no particular order and, again, if you want to check out Rober’s full run, including his well-researched commentary, click here: — — — — — — — — — — — — — Rober also found tons of power plants, highways and other locations in Andru’s work, but my favorite is this home in Far Rockaway, Queens, that was used for the Mindworm’s quarters in Amazing Spider-Man #138: “The hardest one to find was the Mindworm’s house,” he explained. “As you may be aware, Marvel was sued (or was threatened with... 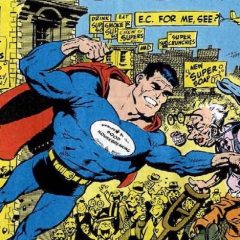 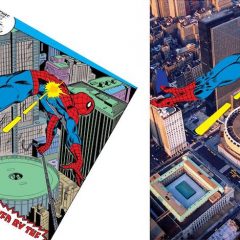 A birthday tribute to the late artist, who was born 94 years ago… 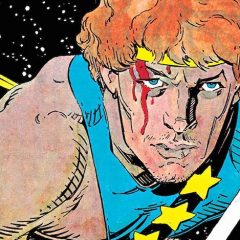 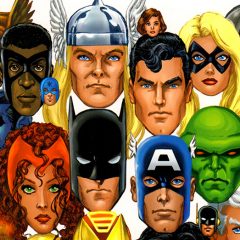 Celebrating one of comics’ greatest artists… 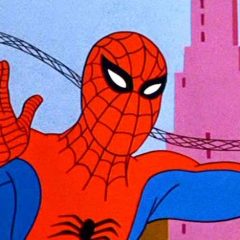 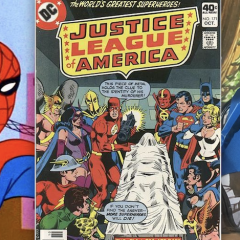