13 QUICK THOUGHTS on the original’s 80th anniversary… — UPDATED 4/24/20: Batman #1 came out 80 years ago today — perfect time to re-present this piece from 2018. You can also click here to check out THE TOP 13 JOKER COSTUMES — RANKED and click here for THE TOP 13 CATWOMAN COSTUMES — RANKED. Groovy. — Dan — Every time I pick it up, I’m amazed by how nearly perfect Batman #1 is. Not 2011’s Batman #1 or 2016’s Batman #1, both of which were entertaining. No, I’m talking about the original 1940 Batman #1, mostly written by Bill Finger, with art by Bob Kane and Jerry Robinson. The ground-breaking one. One of the most important comics in history. As it was for so many readers of my generation, my introduction to Batman #1 was through DC’s Famous First Edition series of treasury-sized reprints. Issue #F-5 is cover-dated Dec. 1974/Jan. 1975, which means I was 7 going on 8 years old when it came out. I don’t remember getting it but I do remember having it around that time and I read it, and re-read it and re-read it again. I recently had reason to re-read it yet again, in preparation for Rob Kelly’s TreasuryCast, which as the name suggests, is a podcast dedicated to the wonderful oversized comics format. It happens to be one of my favorite podcasts and I’d been on twice before — discussing the Ra’s al Ghul treasury (click here to listen) and the Batman villains treasury (click here to listen). But I was just as eager to go back and talk about the Batman #1 edition — because all three formed the nucleus of Young Dan’s core Bat-curriculum. When I opened my copy to brush up, I was again struck by what a great comic Batman #1 is — especially in the oversized treasury format — with four stories (and a tweaked reprint of Batman’s origin story) that in large part remade the Bat-template for the next eight decades. So here are 13 QUICK THOUGHTS: Why BATMAN #1 (And Its Treasury Edition) Is an Enduring Classic: 1. Batman’s potential reached full flower in Batman #1, with the introduction of the Dark Knight’s greatest adversary, the Joker, and his greatest female foil, Catwoman, as well as an appearance by his best early-days villain, Hugo Strange. This was also just Robin’s third...

Bad dog! Batcave Podcast host John S. Drew and I are back with another episode of The World’s Greatest Super Friends Podcast and this one poses the question: “What if Wonder Dog were a double-agent trying to sabotage the US space program?” Seriously, it does! Even Col. Wilcox believes it! Anyway, The Androids, which first aired Oct. 27, 1973, is the subject of Episode 8 of the podcast. Here’s John’s description: A lunar mission returns to Earth, but the astronauts are missing. The Super Friends are brought in to investigate and soon discover that the entire space program is endangered by a scientist and his army of androids. You can click here to listen to the podcast episode or check it out on iTunes, Stitcher Radio or other places you get awesome podcasts. — MORE — The Flash’s SUPER FRIENDS Debut Was Zippy Fun. Click here. — Introducing… THE FILMATION FILES. Click... 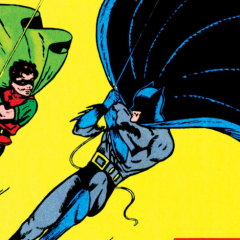 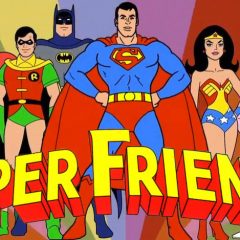 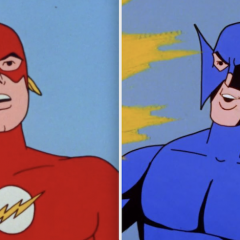 THE FLASH Goes Wonderfully Wacky With TO CATCH A BLUE BOLT 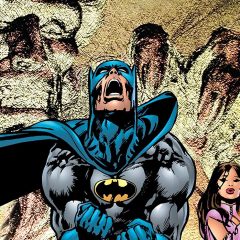 The Brilliant Majesty of the BATMAN-RA’S AL GHUL Treasury

Limited Collectors’ Edition C-51 is one for the ages… 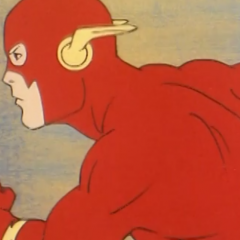