An auction benefiting the Hero Initiative… The Hero Initiative has a wonderful fundraiser going on right now — The Batman 100 Project, an auction of Batman #75 sketch covers by some of the very biggest talents in the business. We’re talking folks like George Perez, Jerry Ordway, Jose-Luis Garcia-Lopez, Mike Grell, Bill Sienkiewicz and many more. There are actually 110 covers available and, as with every Hero Initiative project, the proceeds will go to comics creators in need. It’s being hosted by Heritage Auctions and ends this weekend. (Click here for more info.) In any event, we can give you a nice taste with 13 COVERS, all of which are up for sale. (And if the original art is too rich for your blood, you can get your hands on a book collecting all 110 covers, in either hardcover or softcover, come November.)   Dig these: — Again, this obviously only scratches the surface. Other artists include Frank Miller, Jim Lee, Dan Jurgens, Kevin Nowlan and so many others. You can click here to check out all of the covers. And for more info on the Hero Initiative, click here. It’s a great cause. — MORE — 13 Top Artists Pick Their Favorite DETECTIVE COMICS Covers. Click here. — 13 Underrated DETECTIVE COMICS Covers. Click...

More comics history from the comfort of your own home… Joe Kubert drew the hell out of anything he did. And what I mean isn’t just that he was a magnificent artist — but that his grim and humanistic style brought to the fore tangible horror, terror and suspense: Hell on the page, as it were, especially in his war books. Well, if you’re a Kubert fan — or simply admire his specific craft — then you’ll have to check out Arlen Schumer’s third Silver Age webinar: The Savage Style of Joe Kubert, hosted by the New York Adventure Club, this Thursday, Aug. 20 at 1 p.m. Check out the official description: Of all the giants of the comic book art medium, Joe Kubert’s unmistakable and unforgettable style made him perhaps the most expressive pen-and-brush artist of his generation! Joe Kubert entered the comic book field in the 1940s as a teenager drawing for DC Comics. His name and style became synonymous with war comics during the Silver Age of Comics (circa 1956-70) because of years of service drawing World War II’s heroic American Sgt. Rock, and then later, the offbeat antihero, World War I German flyer Enemy Ace. Both became signature characters; Kubert’s gritty pen line and bold brushwork perfectly suited writer and partner Bob Kanigher’s emotionally wrenching writing. In the early ’60s, Kubert maintained continuity with his ’40s roots by returning to Hawkman, a character rendered by many artists since, but given his most definitive treatment by Kubert, despite a brief run of only six issues. What accounted for Kubert’s lasting popularity and legend-in-his-own-time status? Not too long before he passed away in 2012, Kubert said, ”I happen to love to draw. And I happen to love to draw comic books. I enjoy it as much now, probably more, than I did before.” So come join New York Adventure Club and comic book art historian Arlen Schumer (author/designer, The Silver Age of Comic Book Art) as he presents an overview of Kubert’s illustrious Silver Age career, dynamically displaying his comic book panels, pages and covers so that you’ll feel like you’re seeing them for the first time, covering: — How Kubert reconciled his World War II Sgt. Rock character with the Vietnam War! — Why Kubert’s Hawkman failed to enjoy the same success as his fellow DC... An auction benefiting the Hero Initiative… No matter where you are, you can enjoy this visual lecture on that most enigmatic of comics creators… 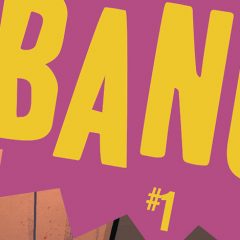 You’ll Get a BANG! Out of This Subversive JAMES BOND Send-Up

EXCLUSIVE: Dark Horse’s warped 007 satire has been selling out — and now you can get a special custom cover by Matt Kindt… 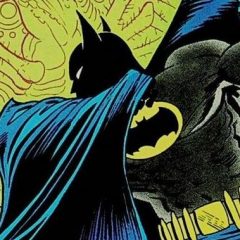