INSIDE LOOK: The WONDER WOMAN TV Playset You’ve Been Waiting For

Actually, all the world’s been waiting for this…

The other day we showed you The Toyroom’s custom 8-inch-scale, Mego-style Wonder Woman Paradise Island playset. It’s nifty, cool and all that good stuff and you can click here to check it out.

But Anthony Durso, the chief, cook and bottle washer at The Toyroom decided one Wonder-ful playset wasn’t enough. So in addition to the comics-inspired display, you can also get your hands on this Wonder Woman TV playset, featuring the IADC — that’s the Inter-Agency Defense Command to you neophytes. 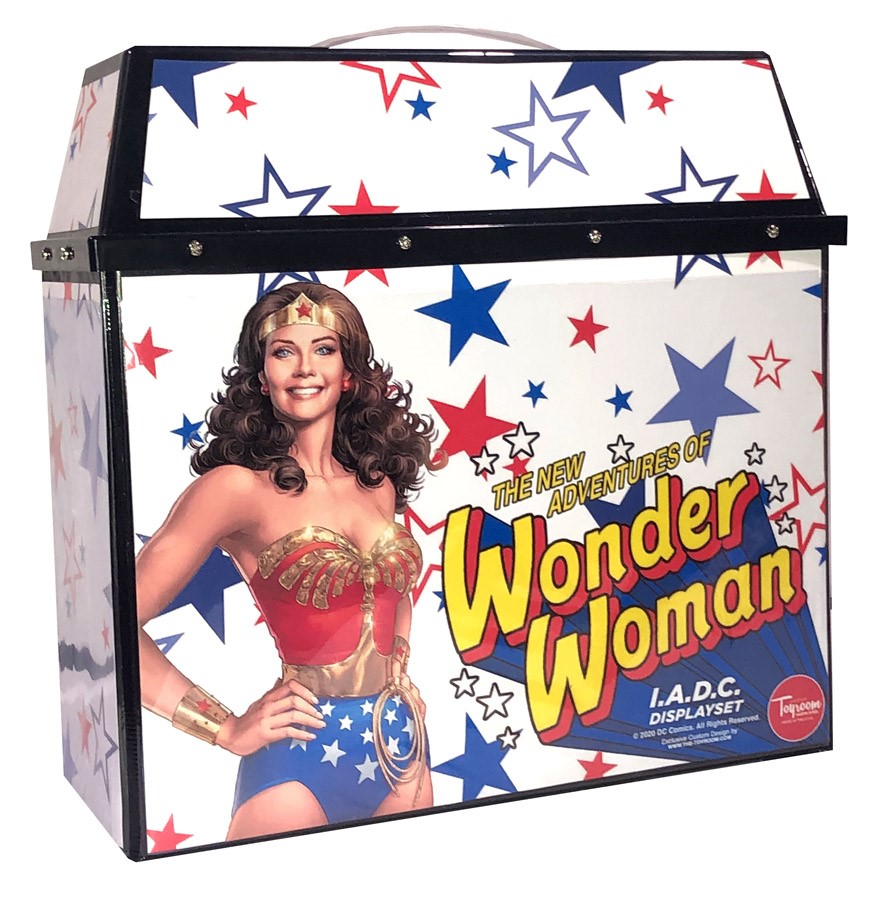 “When The New Adventures of Wonder Woman switched from ABC (Season 1) to CBS (Seasons 2 and 3), they also switched time periods, going from the 1940s to the 1970s,” said Anthony, who is also a 13th Dimension contributor. “With World War II behind her, Wonder Woman’s alter ego, Diana Prince, went to work for the Inter-Agency Defense Command.

“It seemed like they were constantly tweaking the format and in the first few episodes of the second Season, the IADC looked a little different,” he added. “Joe Atkinson was in command and he received his orders from a never-seen President (a la Charlie Townsend of Charlie’s Angels) via a telecommunicator in a situation room with maps and phones.

“In short order though, this version of the IADC was replaced with one that emphasized (for the time) all-knowing computers, including IRAC (aka IRA), the Information Retrieval Associative Computer). This is the version I decided to adapt in playset form because it had the longest run, as well as being the one I liked best visually” 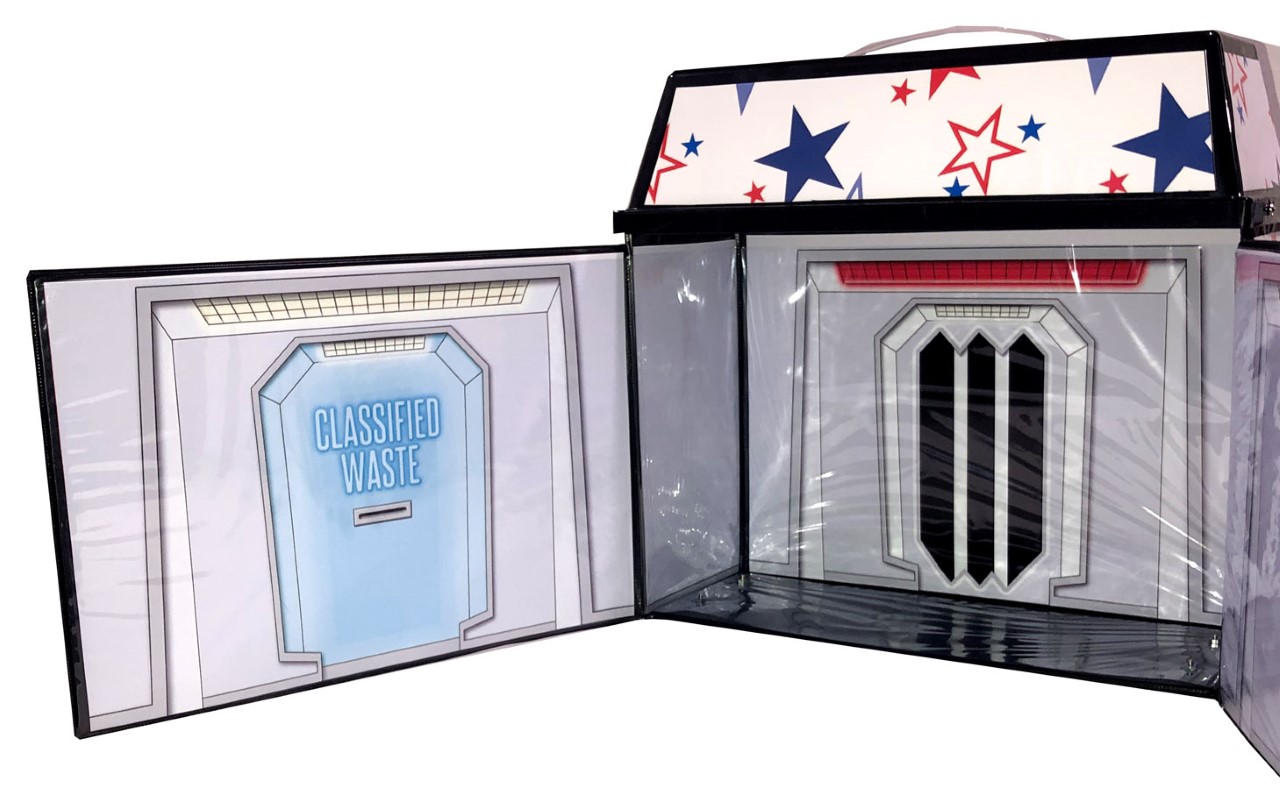 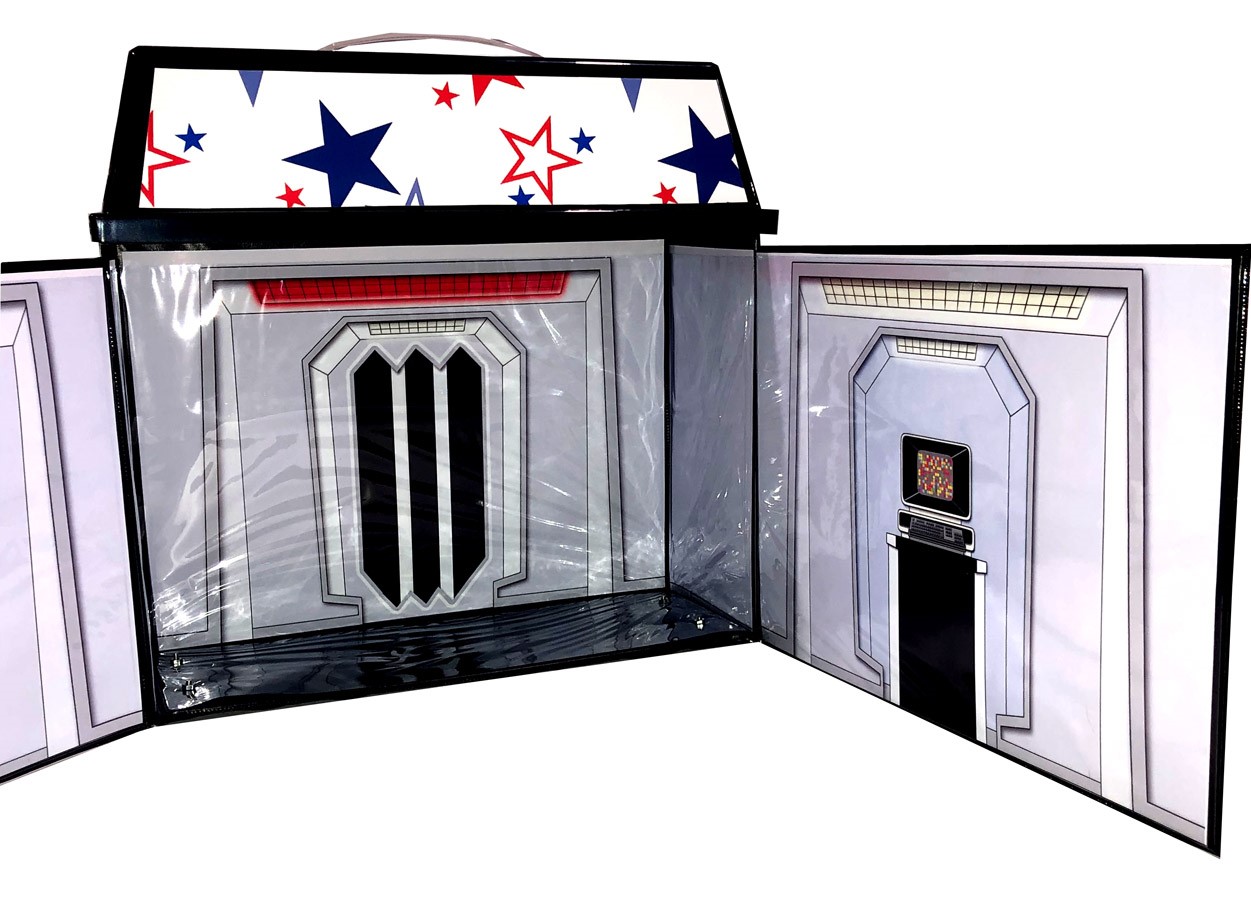 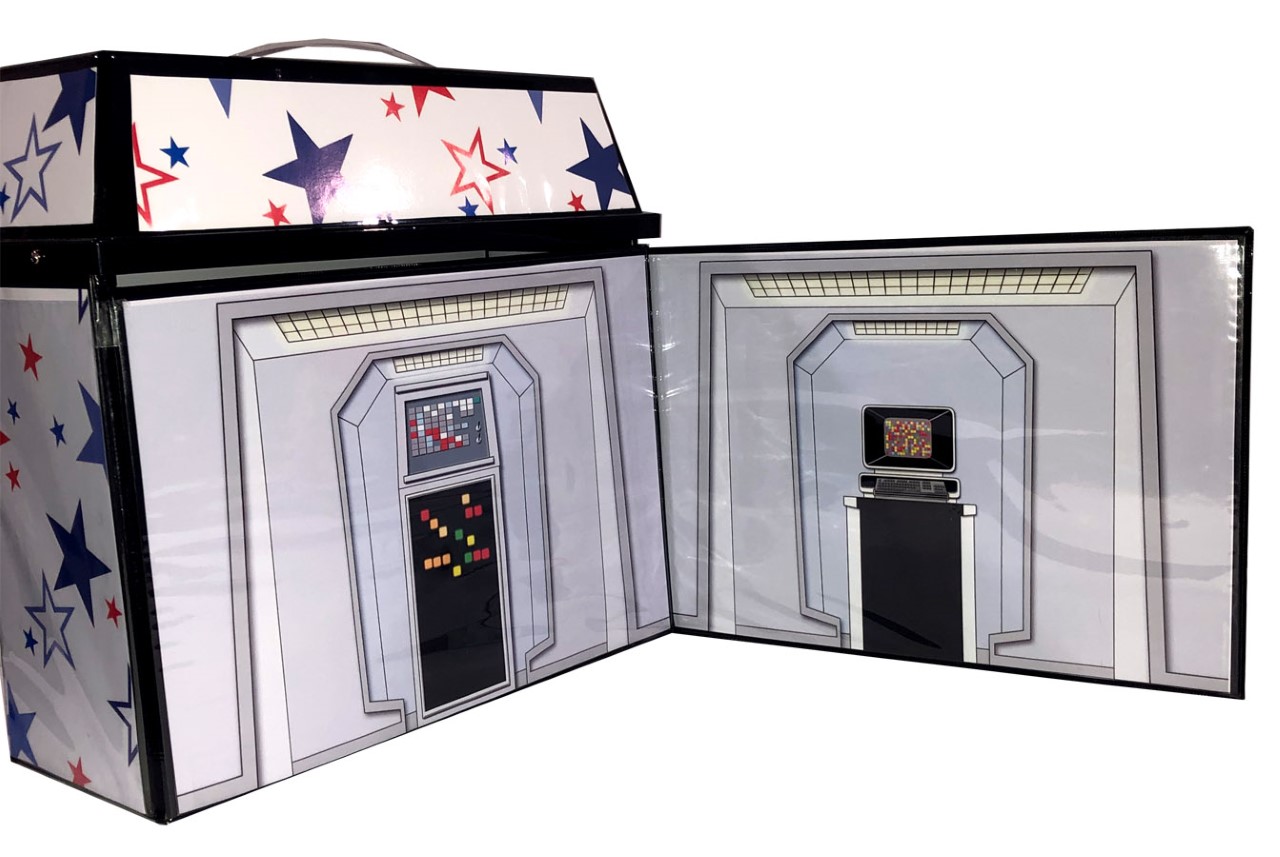 “I watched episodes and screen-capped images for reference,” Anthony explained. “Although I have to admit, once I hit the IRAC Is Missing episode toward the end of Season 2 I had to tap out. With outlandish plots I really didn’t have it in me to stretch through Season 3. Sorry, Lynda.” 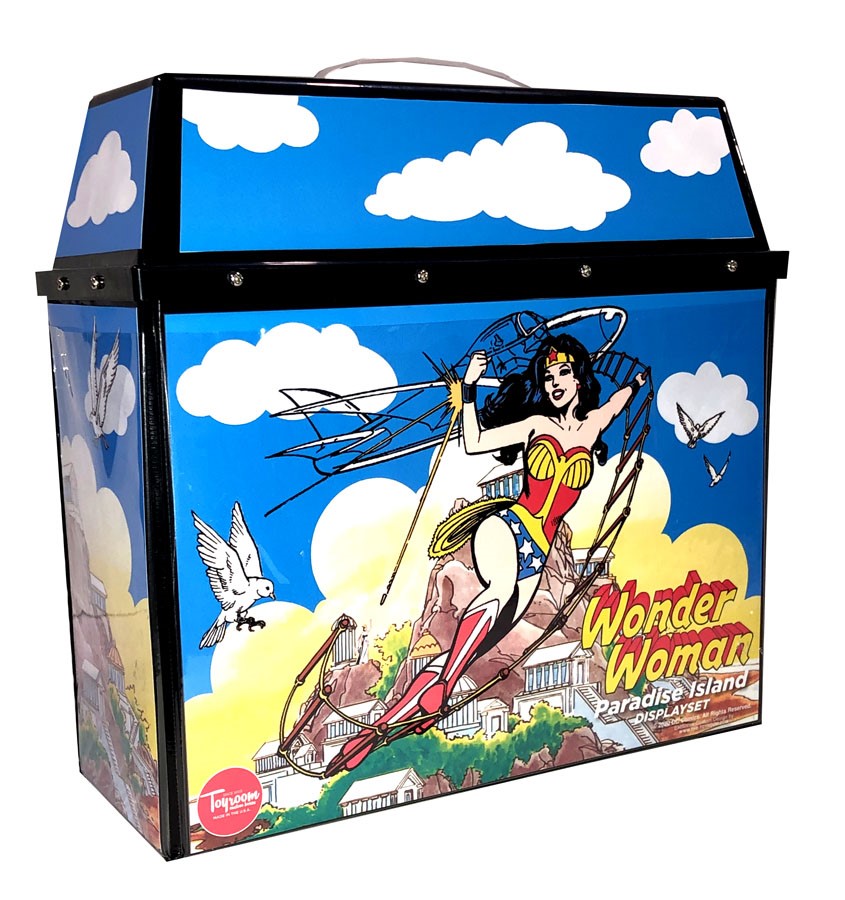 — INSIDE LOOK: The ‘Mego’ WONDER WOMAN Playset You’ve Been Waiting For. Click here.