INSIDE LOOK: The ‘MEGO’ SHAZAM! Playset You’ve Been Waiting For

It’s a rockin’ Rock of Eternity… 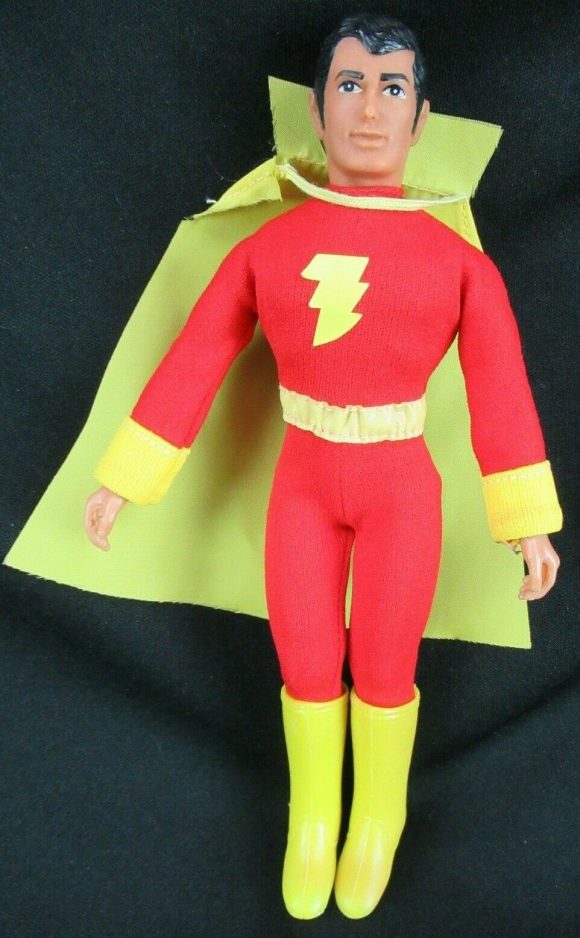 One of my all-time favorite Megos is the Shazam! — oops, I mean Captain Marvel — figure. So bright, so cheerful and I’m not at all bothered that he doesn’t look a thing like C.C. Beck’s version of the Big Red Cheese.

In fact, the reason Rich Buckler is my fave Cap artist (other than Beck and maybe Don Newton) is that I’d swear that his version was based on the Mego: 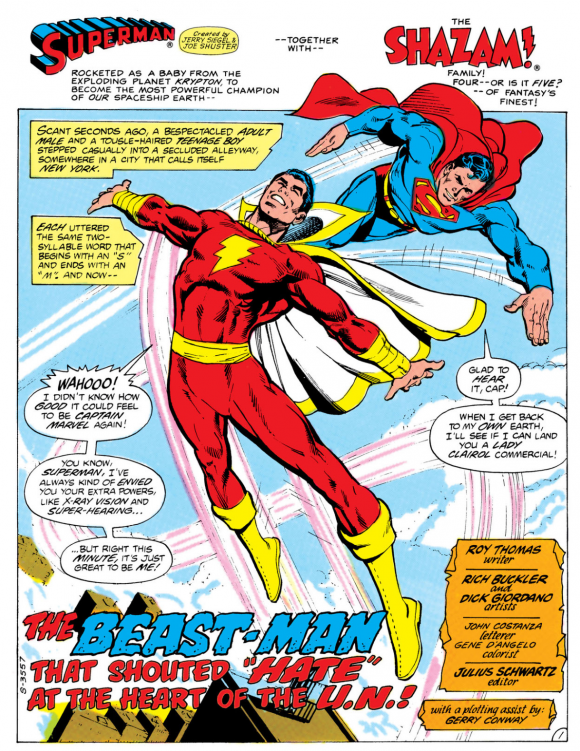 Still and all, Cap was kind of a lonely action figure: He lived alone on his own Earth and really didn’t mesh well with other heroes, except for Superman.

And there was no playset.

Dig this INSIDE LOOK at The Toyroom’s custom Shazam! playset, featuring the Rock of Eternity and the mysterious subway: 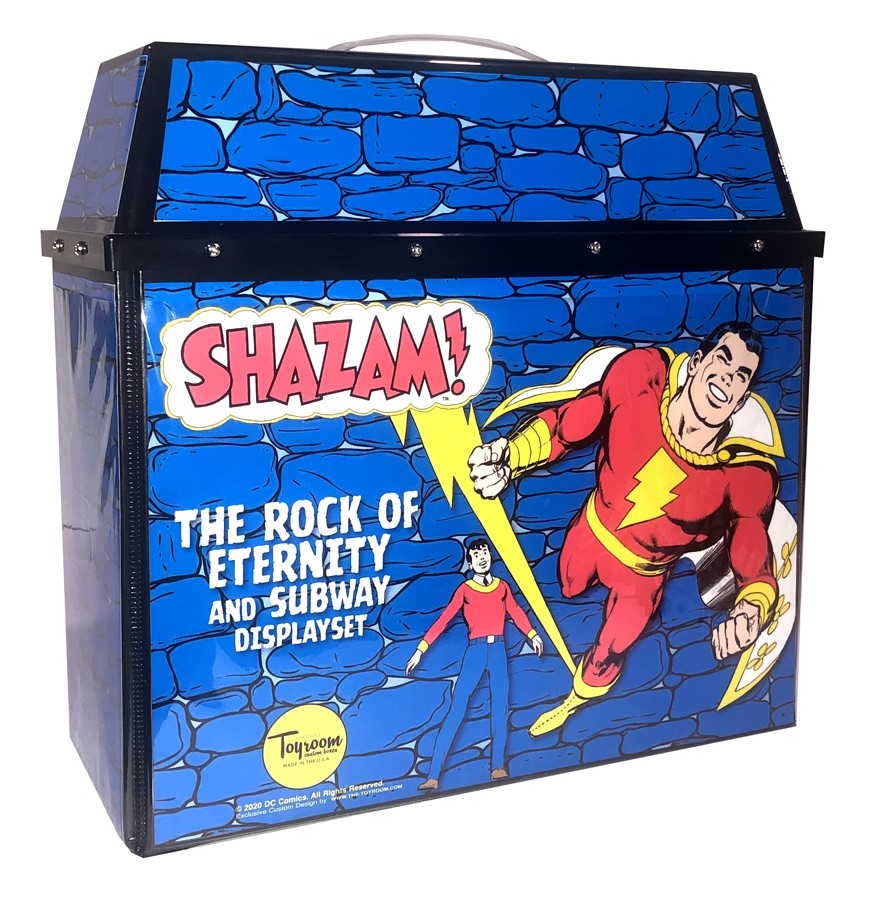 “Back in 2010, I made some custom Mego figures of Captain Marvel, Captain Marvel Jr. and Uncle Dudley,” The Toyroom’s Anthony Durso, a 13th Dimension contributor, explained. “I also created a hand-cut, trifold cardboard playset of the Rock of Eternity and a subway-entrance covering for a Star Trek transporter tube. The idea was that Billy Batson would enter the transporter and emerge as the Big Red Cheese into the Rock of Eternity. 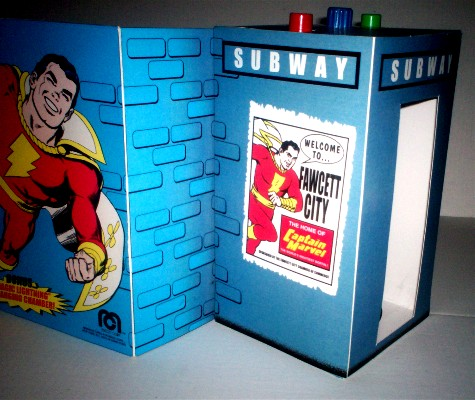 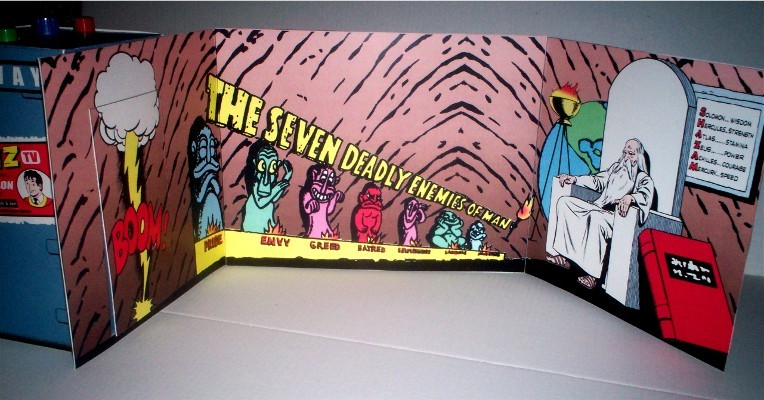 “My new version eliminates the subway entrance gimmick and adds the statues of the Elders, inspired by the live-action Filmation series of the ’70s, as well as the DC Comics run from the same era,” he continued. “Everything is pretty much the same as the original, including the Neal Adams Shazam! artwork on the front. Maybe eventually there’ll be a place to park the Winnebago.” 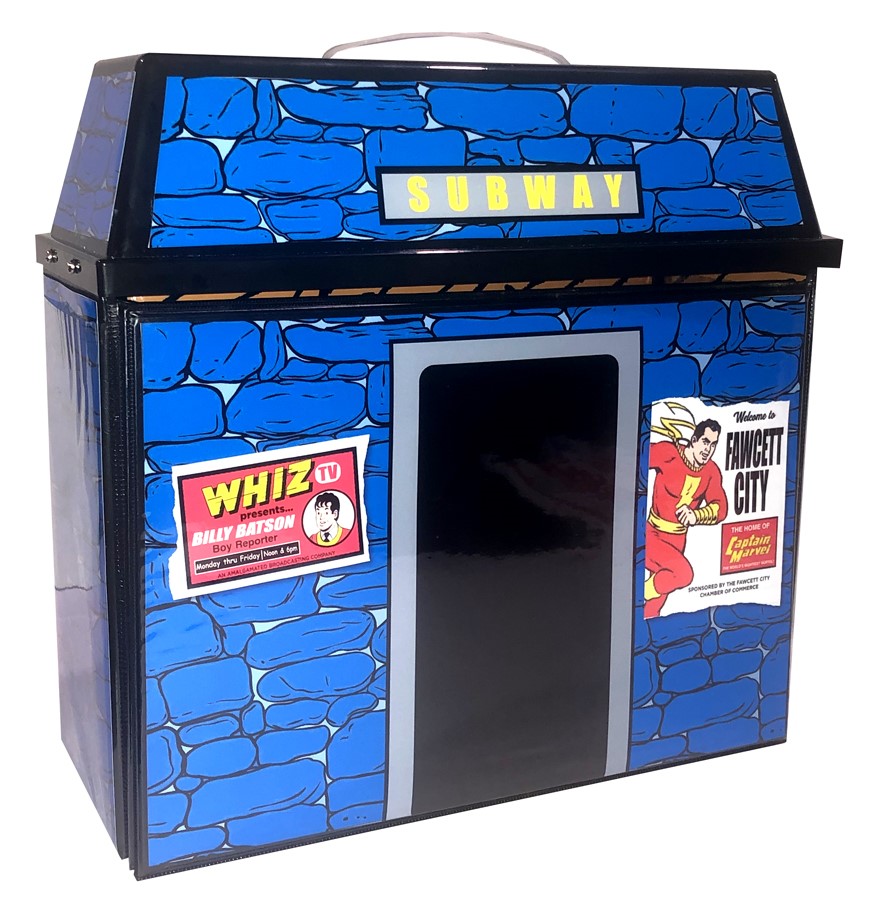 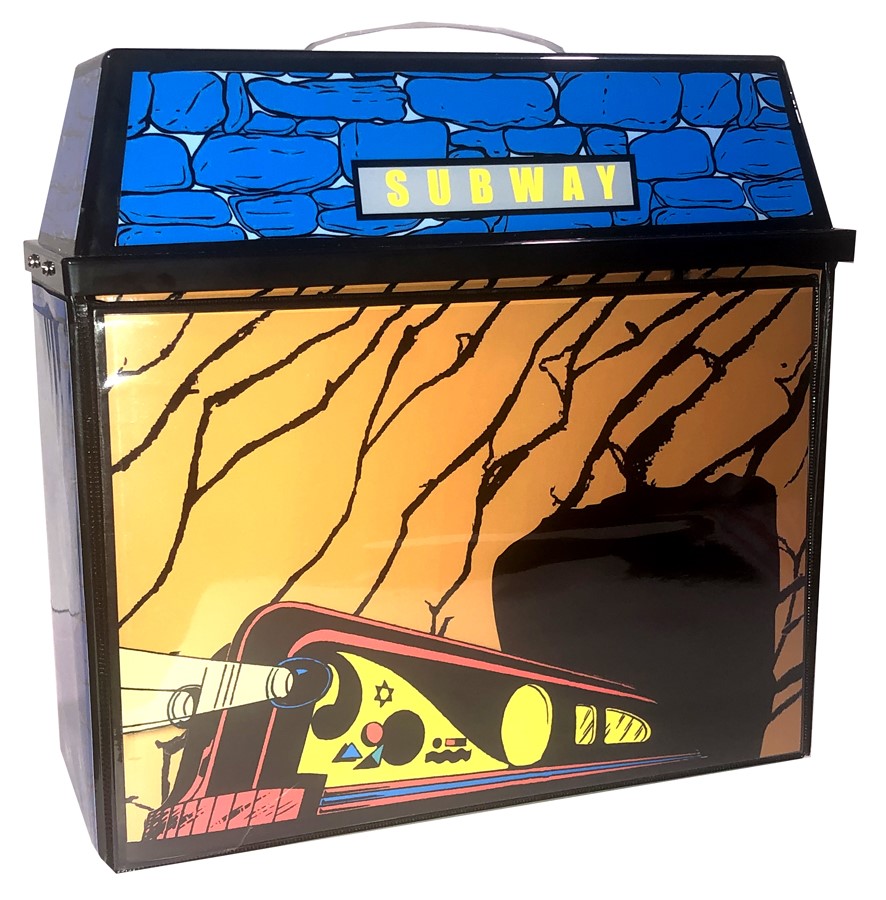 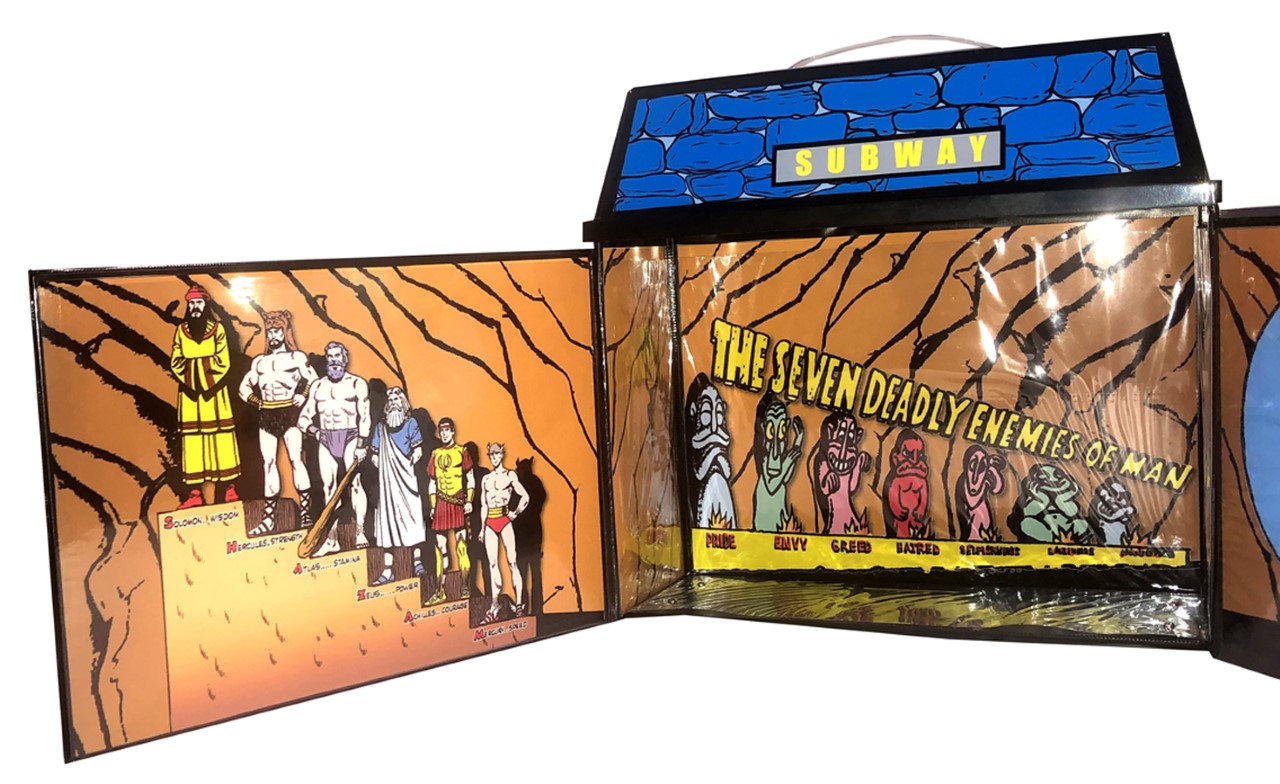 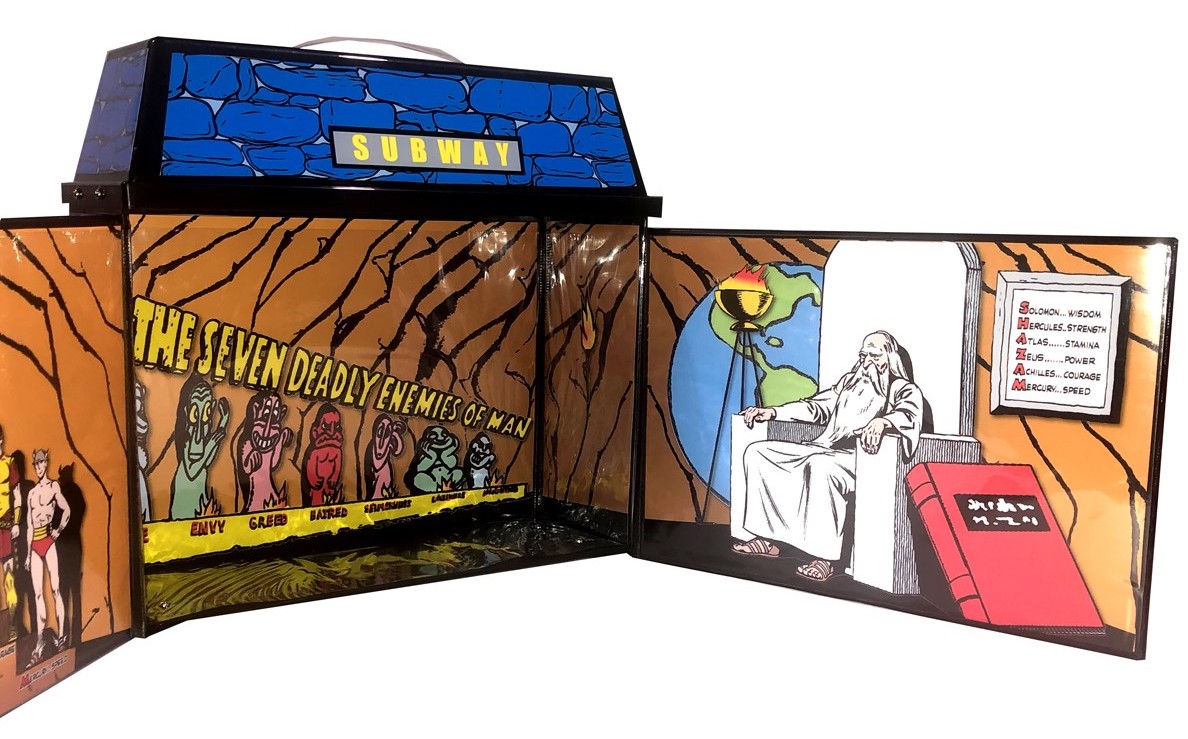 We’ve been showing off Anthony’s Mego-scaled playsets a lot lately because they scratch that itch, y’know?

Sets currently include: The Fortress of Solitude (click here for an INSIDE LOOK), Lex Luthor’s Lair, the JLA Satellite, the 1966 Batcave, the 1966 Batgirl apartment and changing room (click here), the Joker’s Ha-Hacienda, the Riddler’s hideout (click here), the Aquacave, the Rock of Eternity, the Hall of Doom, Paradise Island, the Green Lantern HQ on Oa, Iron Man’s Armory (click here) and a Scooby-Doo haunted house — with more to come.

Oh, and no, I don’t make a nickel off this. I just dig bringing groovy stuff to you, the fellow Mego fan.