A BIRTHDAY CELEBRATION: Stan the Man was born 100 years ago on Dec. 28, 1922… By JIM BEARD What’s in a name? (If that’s not a cliched way to start an article about names, I don’t know what is.) As a fiction writer, the naming of characters is very near and dear to me. I like to put some thought into the event, choosing names that mean something more than just how the characters introduce themselves to each other. I like to come up with memorable names that resonate beyond a superficial label to distinguish “Joe” from “Bob.” In this I take some inspiration from the late, great Stan Lee. Names aren’t something Stan is often recognized for, but he definitely created more than a few that resoundingly resonate and impart a deeper meaning. I like to think names were as important to him as a writer as they are to me. Today, I’m honored to present a list of 13 Stan Lee Marvel character names on the Man’s 100th birthday. So, by Doom, the Destroyer, and the Dread Dormammu, let’s get started… (NOTE: I’m well aware of the ad nauseum debates over attribution of creation when it comes to Stan but suffice to say these are all names he’s at the very least the co-creator of, and besides, there are much better venues for such arguments than here. This is, after all, a birthday celebration for one of the most important figures in the history of comic books. Excelsior!) — The Storm Siblings. When you’re searching for a name for a hot-headed teenager with a zest for action and a penchant for destruction, “Johnny Storm” is just about the most perfect moniker ever. Add to that the punchy alliteration of “Sue Storm” and you have one of the best brother-sister adventure duos in comics. — Ben Grimm. The Thing’s my most favorite Marvel character, and part of that stems from his name. It says “stony” as much as it says, well, “grim,” and borrowing the surname of a famous set of fable-telling brothers don’t hurt none, either. You might say it’s a clobberin’ name… — Skrulls. Short, sweet, and memorable, kind of like the alien race themselves. Plus, it sounds like “skull” and brings along all the baggage associated with that word. — Ronan the Accuser. Stan always... 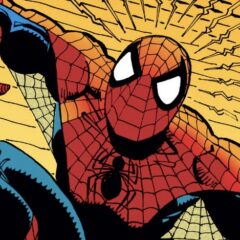 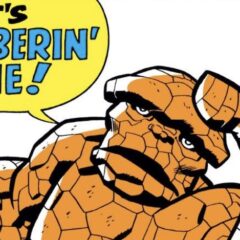 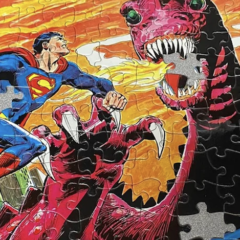 TOYHEM puts the pieces together for you… 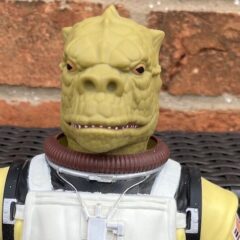 SCUM AND VILLAINY! Dig These 13 Beautiful Bits of BOSSK Bounty 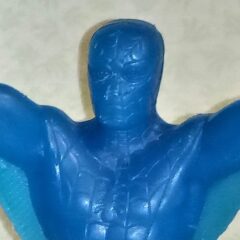 TOYHEM: Sometimes the most basic toys are ones you love the best… 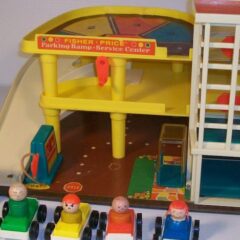 TOYHEM: If you dig action figures, this is probably where you got your start…