EXCLUSIVE: Go inside the Prince of Puzzlers’ playhouse…

I’ve had the Riddler on the brain lately, mostly because it was Frank Gorshin’s birthday earlier this month (click here) and it again made me ponder the notion that the Prince of Puzzlers is the perfect childhood villain. (Click here.)

Plus, coincidentally, this issue has just popped up in my ongoing Silver Age Batman re-read: 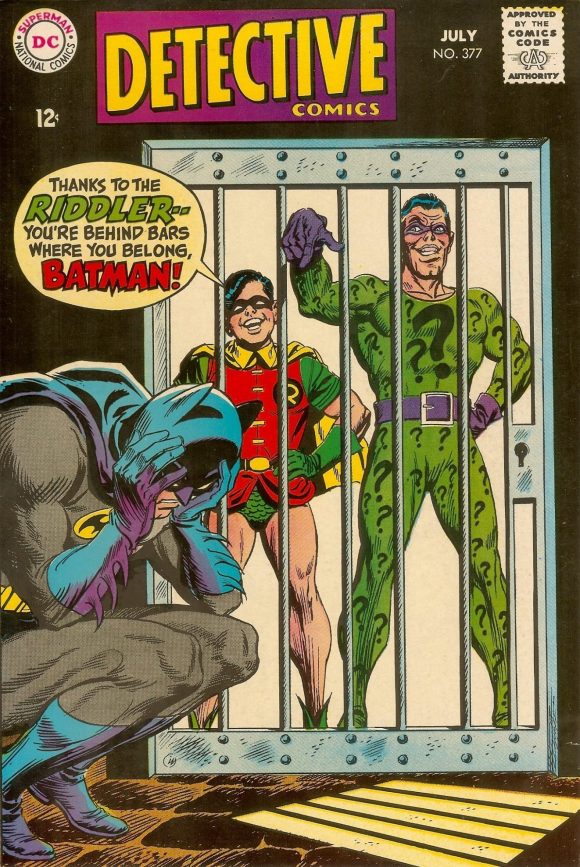 Naturally, Mego Riddler was one of my favorite villains to play with as Young Dan but like all of Batman’s 8-inch foes, he had no place to hang his purple mask. 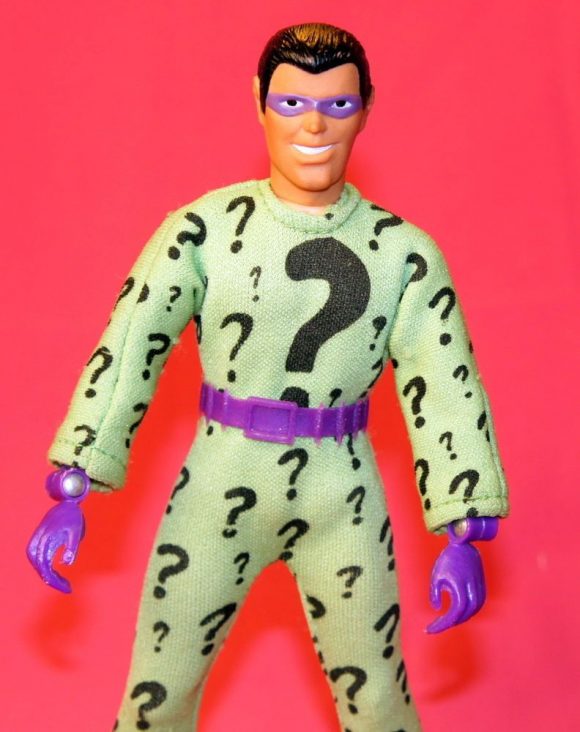 But he does now — thanks to The Toyroom customizer Anthony Durso. 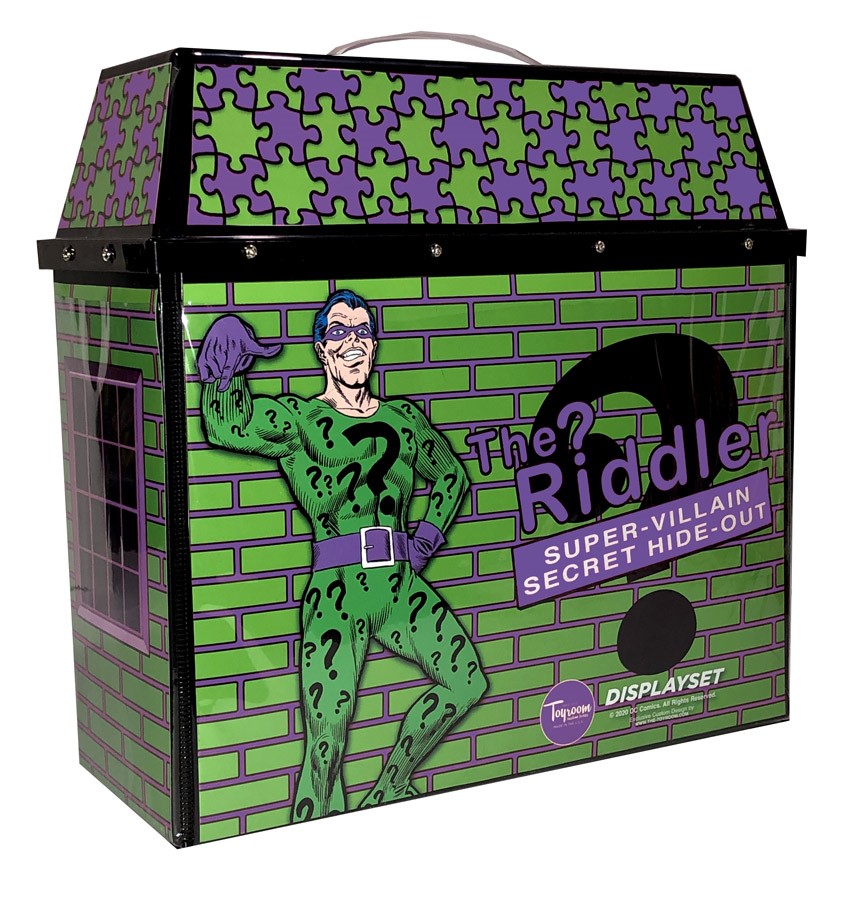 “This one is BRAND NEW! I’m a big fan of Batman ’66 and although no one can touch Frank Gorshin’s performance of the Riddler it always bothered me that he never had a set look for his henchmen/molls. Unlike those of the Joker, Penguin, Catwoman or even King Tut, the Riddler’s henchmen were specific to an episode but not really specific to the Riddler,” Anthony said. “By the same token, his hideouts didn’t use a riddle or puzzle motif. Again, very episode specific. John Astin’s Season 2 Riddler, however, DID have those things. His henchmen were named Across and Down and they had matching uniforms, while moll Anna Gram rocked a puzzle-design jumpsuit. This Riddler’s hide-out was at the No Man Jigsaw Puzzle Factory and was filled with all sorts of puzzle imagery.” 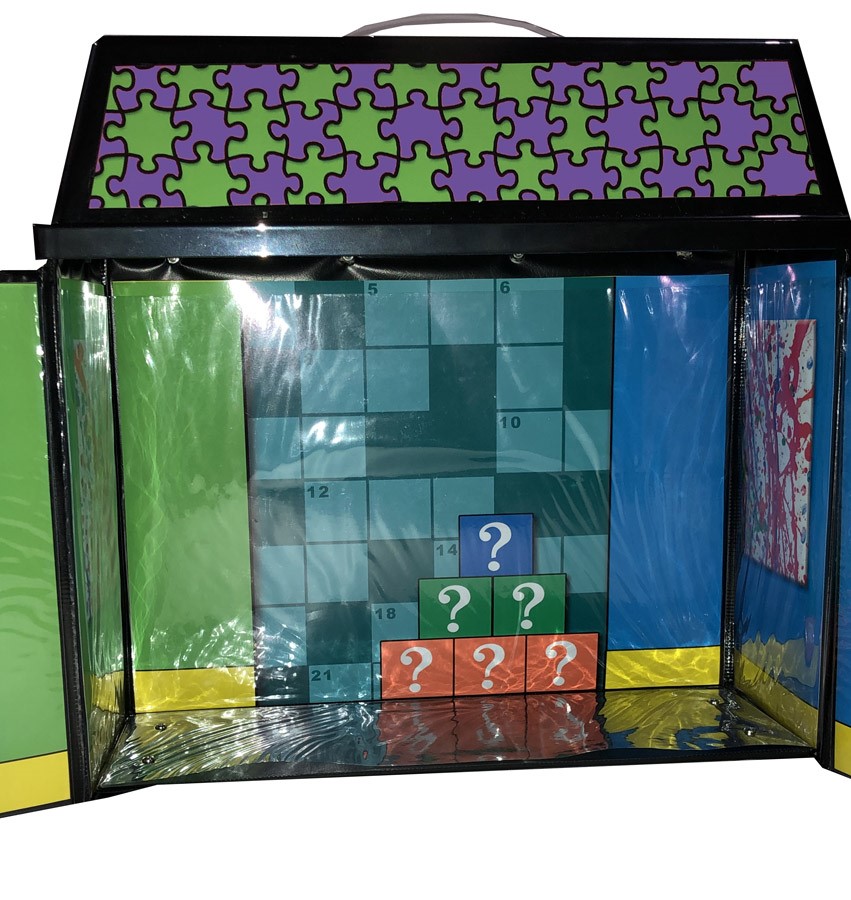 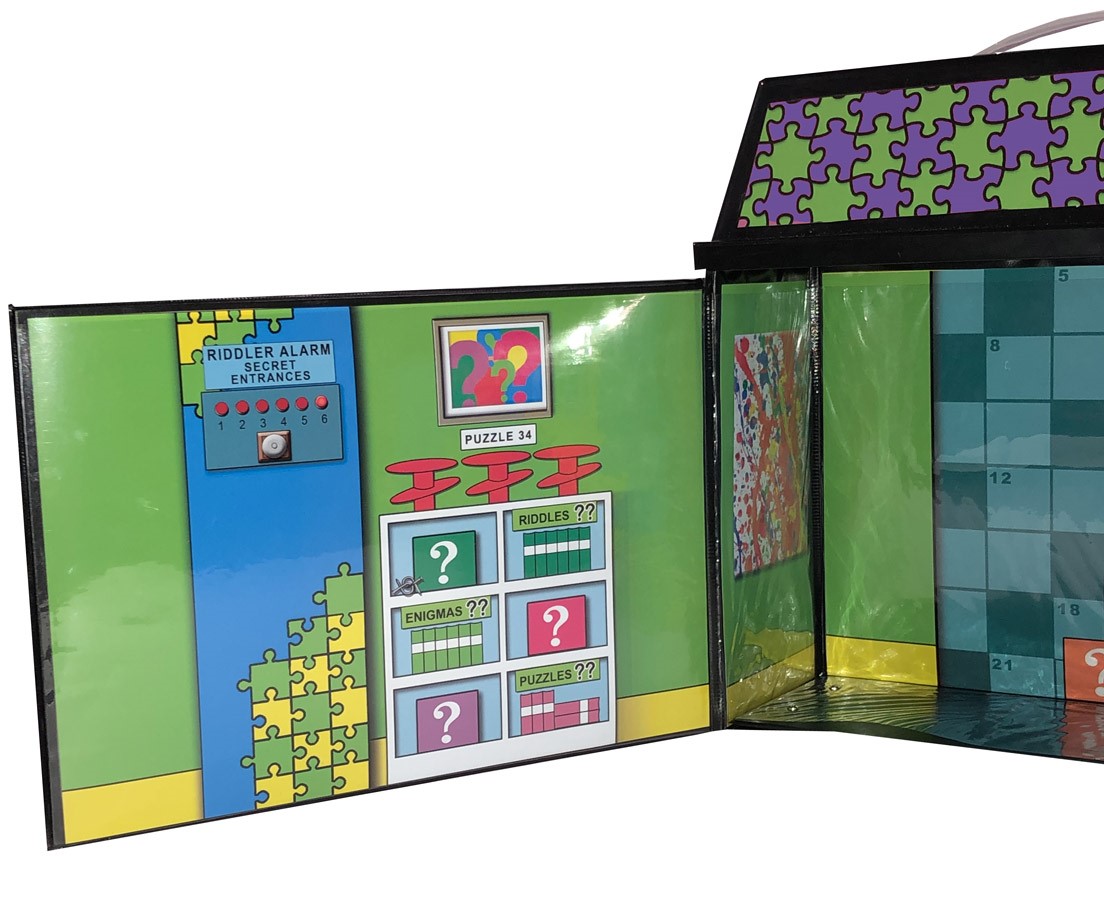 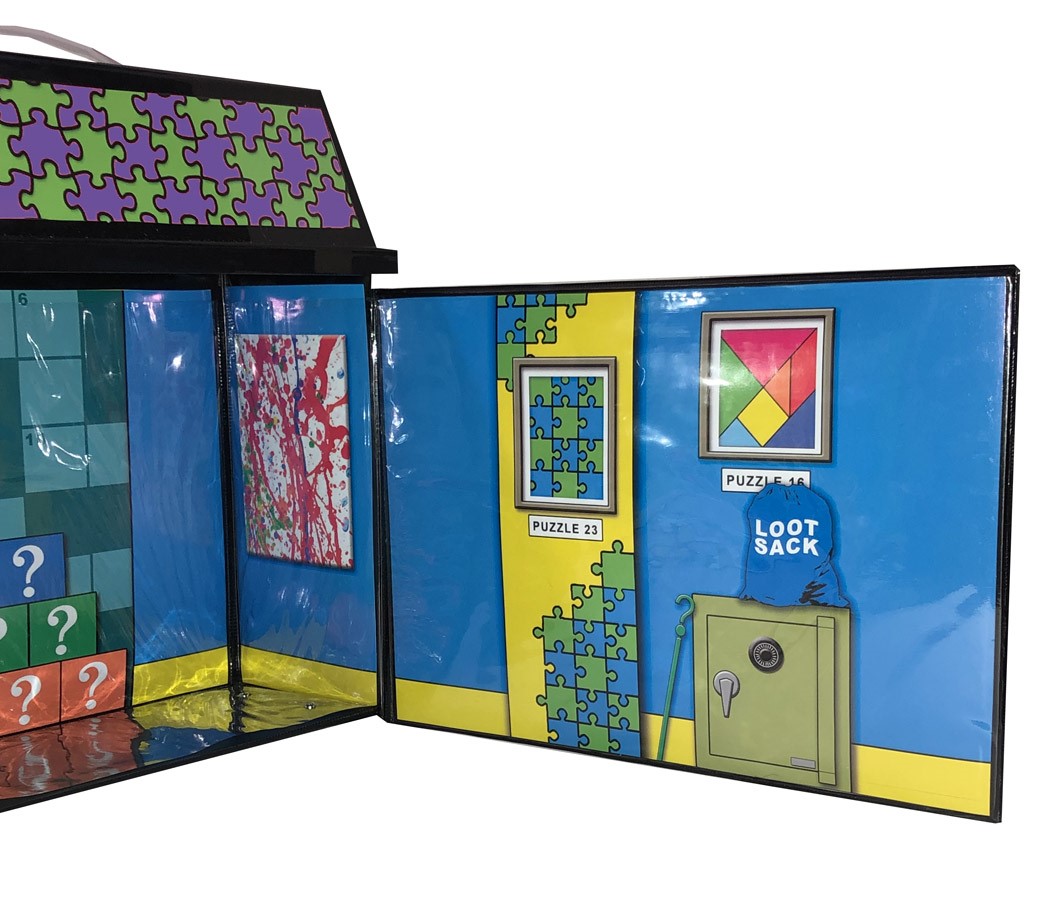 “So with this playset, I watched the episode and freeze-framed and took notes and pics and tried incorporate the most memorable iconography, along with some artistic license to bump it up a notch,” continued Anthony, who is also the owner of Retropolis Tees. “Even the exterior of the building got a repaint and a new roof. The front image of the Riddler HAD to be the Silver Age Carmine Infantino artwork, though. It’s what Mego used (redrawn of course) and it’s probably the most iconic Riddler image out there, besides Frank Gorshin, of course.” 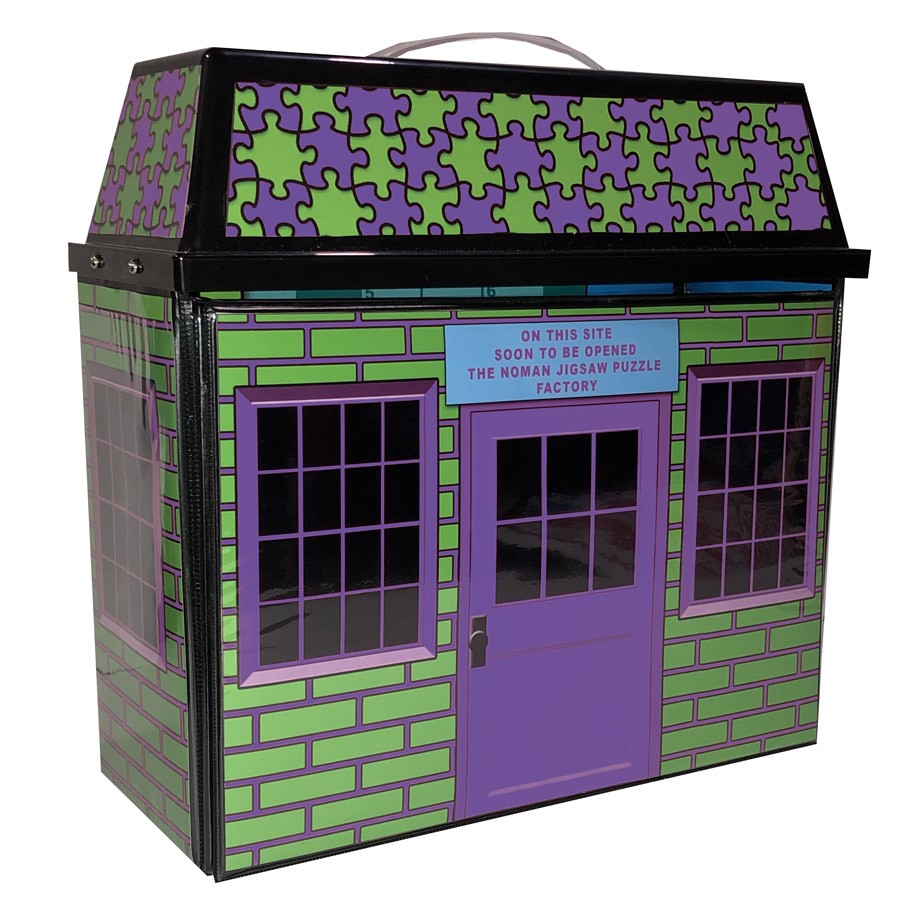 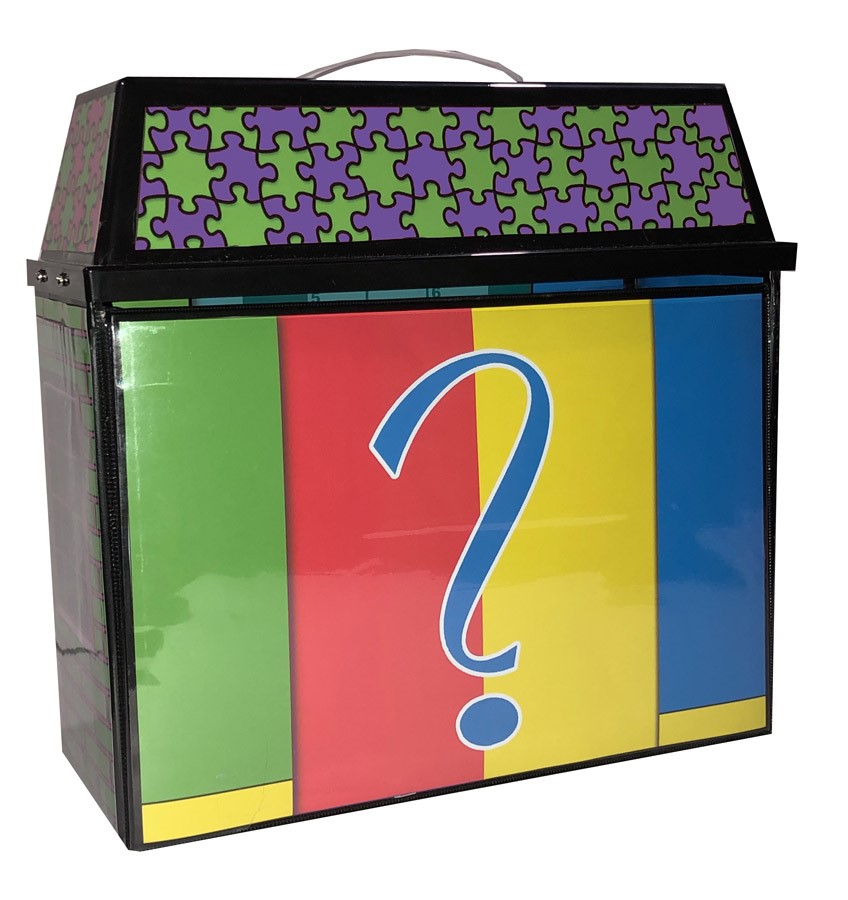 If you’ve been following along here at 13th Dimension, you know that we’ve been showing off Anthony’s Mego-scaled playsets a lot lately. Because they’re supergroovy.

Sets currently include: The Fortress of Solitude (click here for an INSIDE LOOK), Lex Luthor’s Lair, the JLA Satellite, the 1966 Batcave, the 1966 Batgirl apartment and changing room (click here), the Joker’s Ha-Hacienda, the Aquacave, the Rock of Eternity, the Hall of Doom, Paradise Island, the Green Lantern HQ on Oa, Iron Man’s Armory (click here) and a Scooby-Doo haunted house — with more to come.

Oh, and no, I don’t make a centime off this. Just bringing neato stuff to you, the like-minded.