EXCLUSIVE: For when Filmation went where no man had gone before… 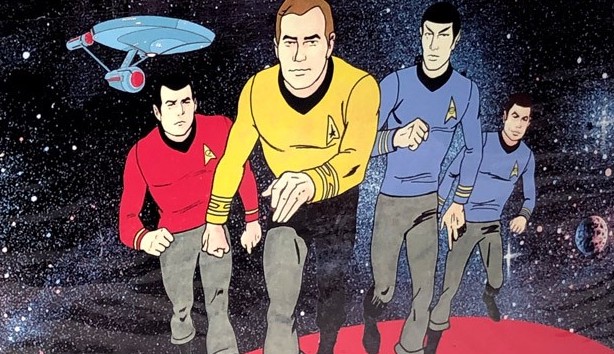 Hey, folks, get ready for a big run of playsets by The Toyroom, home of Anthony Durso’s cottage industry of on-the-money DIY displays perfectly scaled for your favorite Mego figures (or Mego-like, if you prefer).

But today, we wanted to squeeze in a brand-new, never-before-seen set by Anthony, who is also a regular 13th Dimension contributor: A Star Trek: The Animated Series Enterprise set. 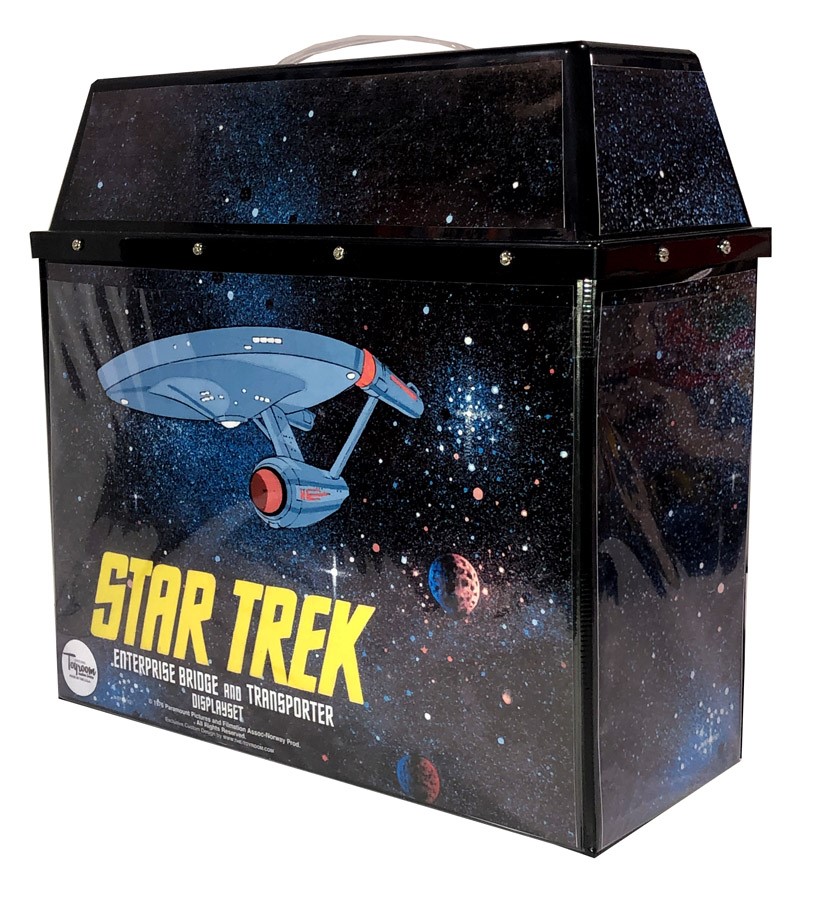 “True Confession: I HATED Star Trek when I was a kid,” Anthony said. “While I was definitely into superheroes and cartoons in the early ’70s, Planet of the Apes was as sci-fi as I got. My hatred of all things Trek at the time probably stems from an older cousin. Occasionally we’d be invited to my aunt’s for dinner and couldn’t wait to eat in her den on TV trays. But our cousin had control of the TV and we couldn’t change the channel because he was watching Star Trek. Even after dinner while he was napping on the couch the same rules applied because he was “watching TV.”

So when Star Trek became all the rage in fifth grade (there were AMT models of the Enterprise bridge as well as the Enterprise itself orbiting next to a motorized module of the planets in our school library), I was the only boy that was uninterested. Well except for that lone kid who insisted that Space: 1999 was the superior show. 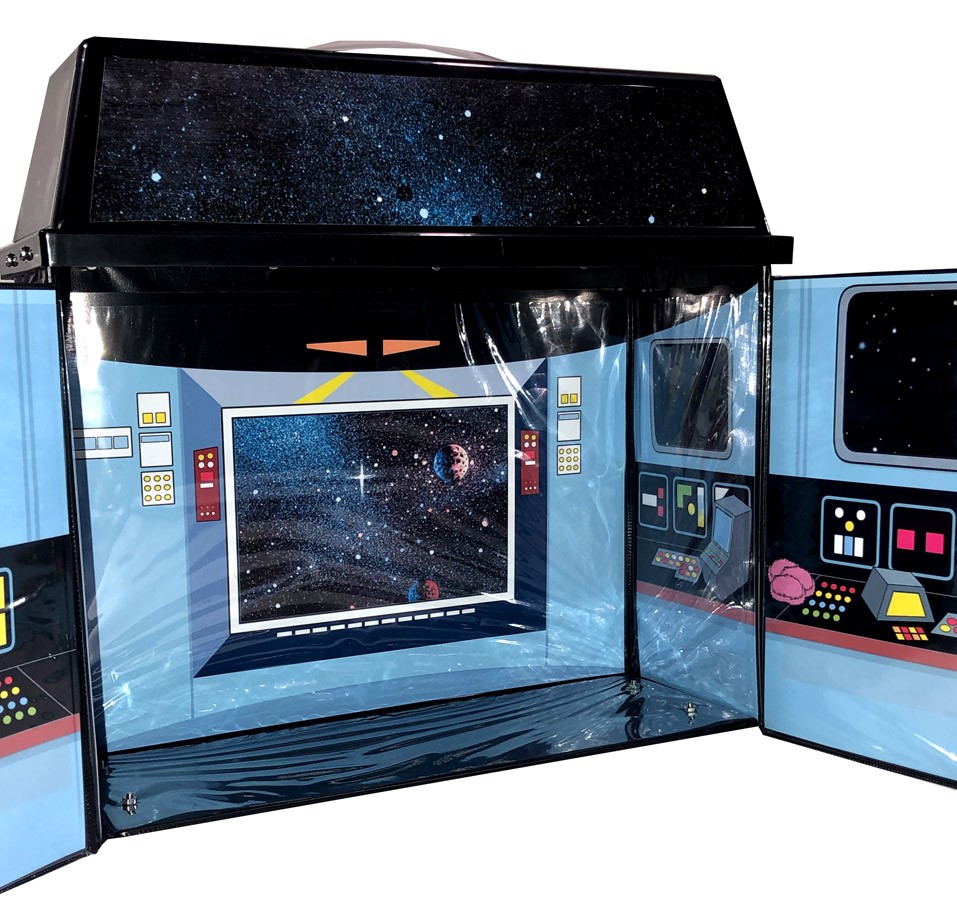 “But eventually, in the early ’80s, I gave Star Trek a chance again due to the combination of The Star Trek Compendium (thank you, Waldenbooks), Star Trek II: The Wrath of Khan shown ad nauseum on HBO, and having to sit through the late night lineup of The Odd Couple, The Honeymooners and Star Trek on New York’s WPIX to get to The Twilight Zone,” he added. “And although I wouldn’t consider myself a true Trekkie, I have enough working knowledge to hold my own. 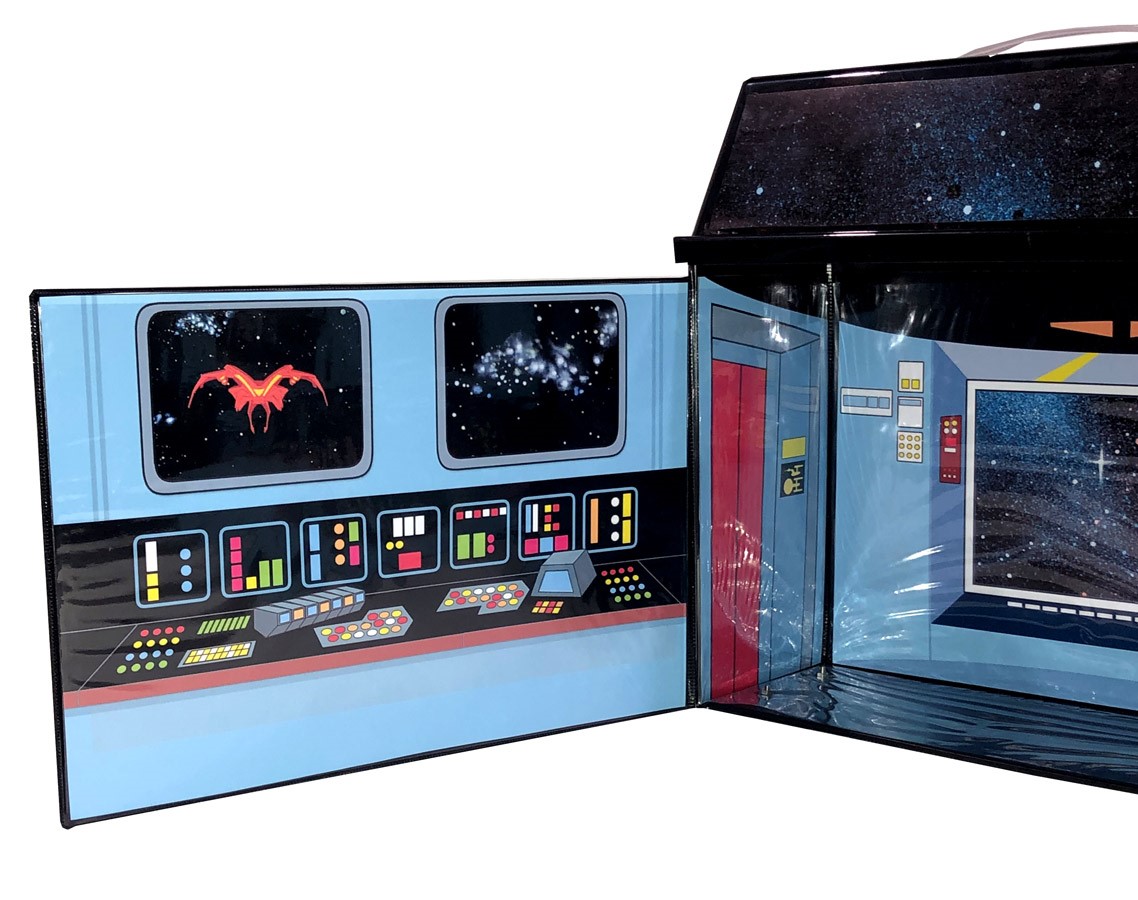 “Between all of that is the Filmation Star Trek cartoon, which originally aired on NBC from 1973-74. I think I picked it up somewhere along the way in reruns, though, and I remember it being one of the last cartoons of the morning before things shifted to American Bandstand and Soul Train, so I watched it begrudgingly,” Anthony recalled. “And while some people aren’t sure whether or not the cartoon is ‘canon,’ to me it is. It’s that fourth and fifth season of the original five-year mission that we never got. 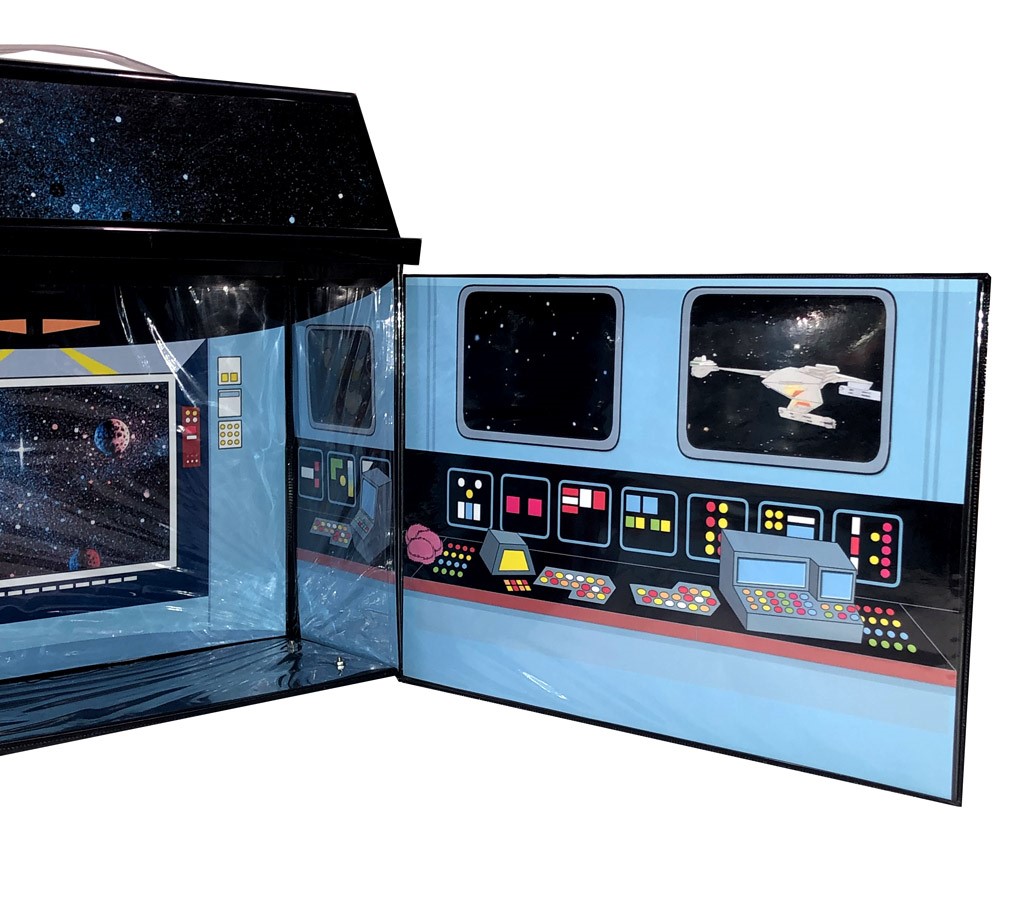 “Now Mego famously made a Star Trek Enterprise playset (complete with an ingenious transporter mechanism) in the ’70s that looked NOTHING LIKE the real thing,” Anthony continued. “With this (smaller) displayset, I wanted to go a different route and decided to adapt the Filmation bridge, with all of it’s brightly colored circles and square-shaped lights and buttons. Reference material was sourced from watching and freeze-framing episodes of the series. 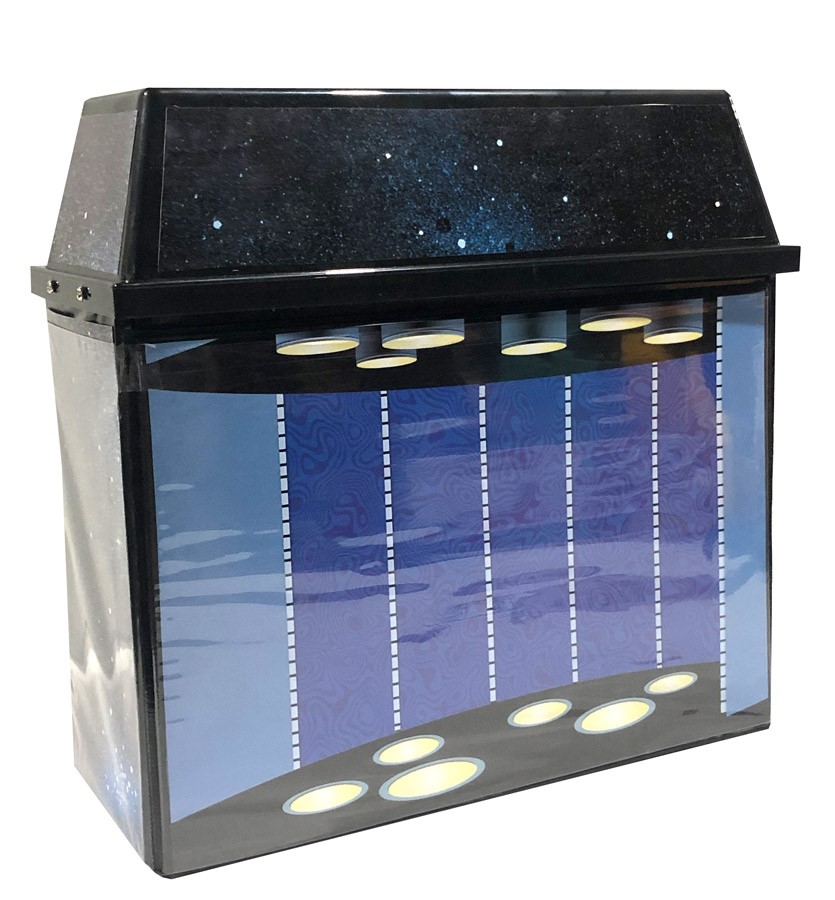 “It could probably use some more in the way of furniture but you can either use original Mego chairs (as pictured below) or, with the advent of 3D printing, there are a few Mego customizers out there who provide such a service.”

— Anthony’s experience is nearly identical to my own. Didn’t like Trek as a kid — LOVE it as an adult. Particularly the Original Series. So this is like a baggie of M’Ress’ catnip. 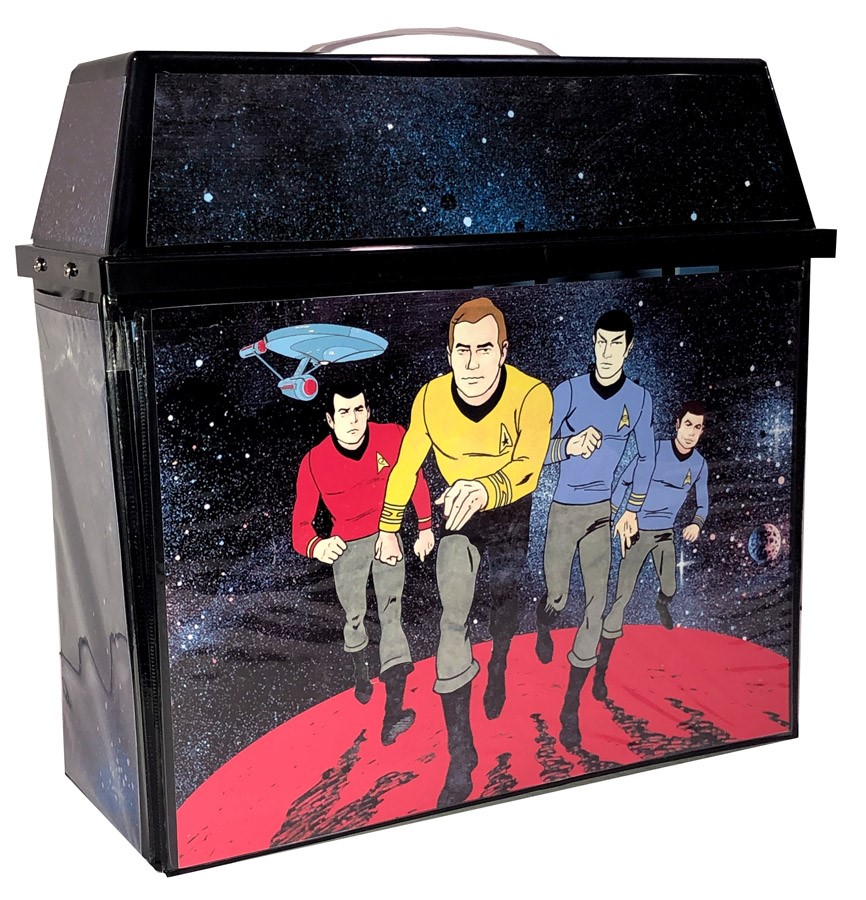