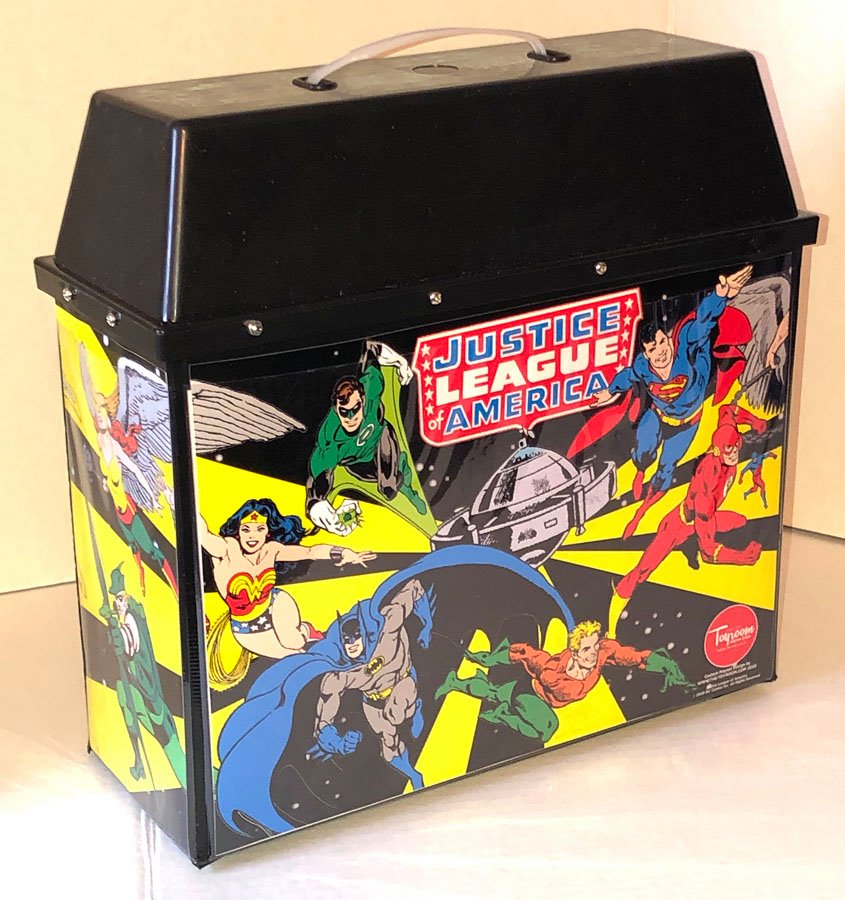 Hey, it’s unofficially JUSTICE WEEK — every day until Friday, we’ll be showing off five custom playsets from Anthony Durso’s The Toyroom. Today it’s the Bronze Age Justice League of America Satellite, scaled to your fave 8-inch Mego (and Mego-like) figures. Others this week will include two versions of the Hall of Justice, the Justice Society’s Brownstone and the Hall of Doom.

So come back each day, y’hear? 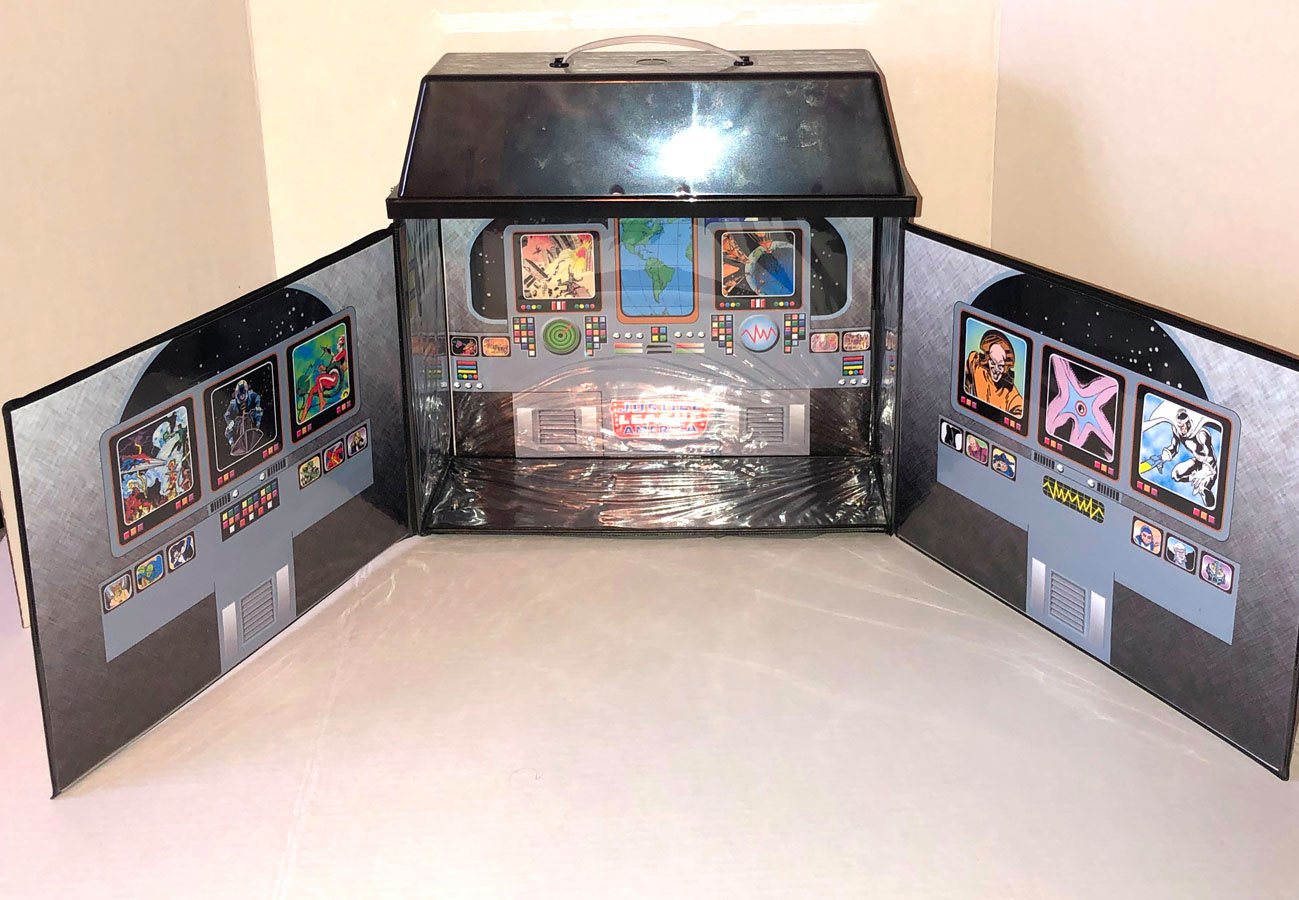 “This was originally one of my bigger Dida-versions,” Anthony said, referring to an earlier line of customizable sets. “Not as big as the Batcave(s) but the same size as the Fortress of Solitude. Like the new Fortress (click here), this too will probably be given a second case to include the JLA Trophy Room, some jail cells, and the transporter. 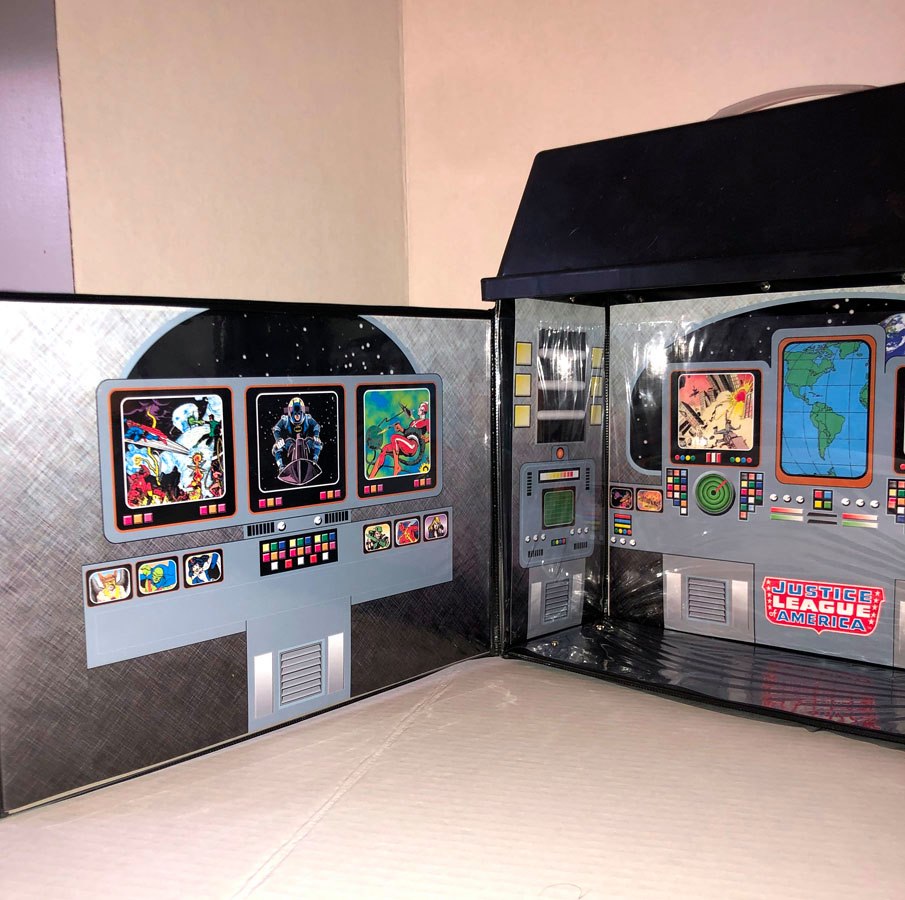 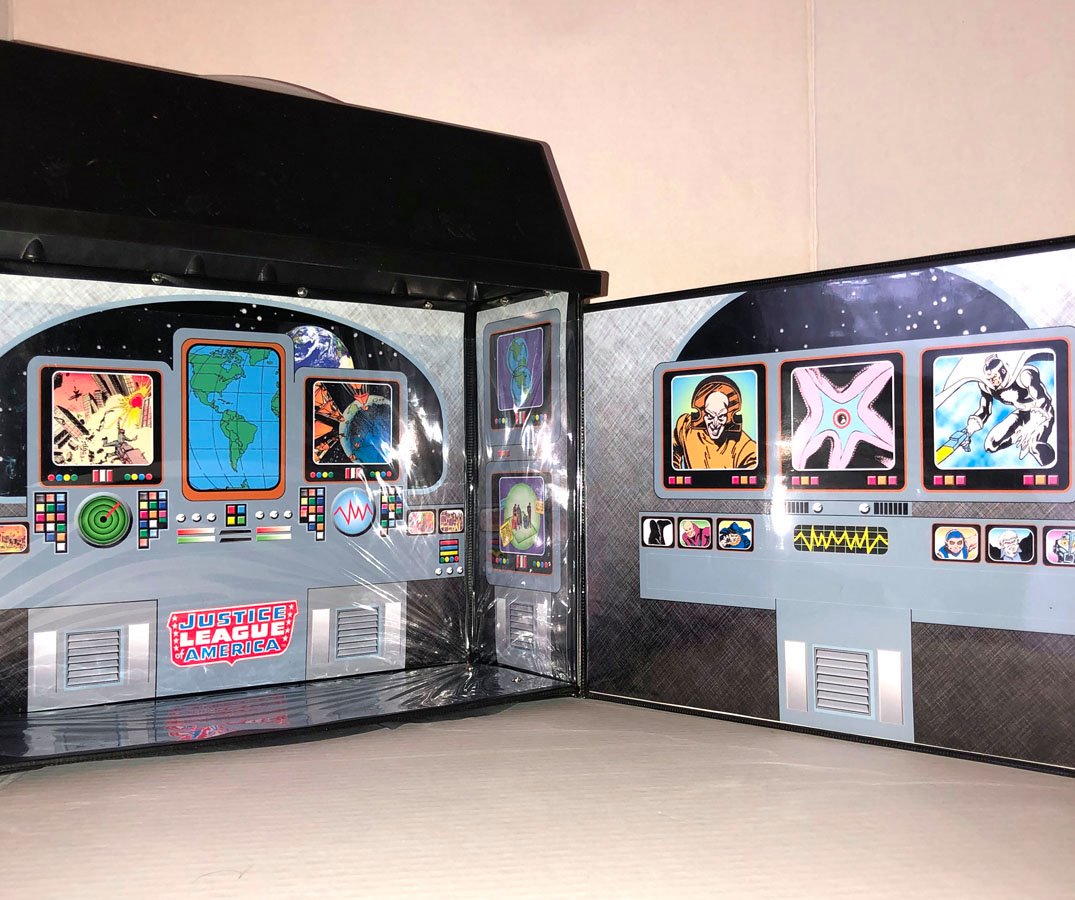 “Inspiration came from going through a lot of Silver Age and Bronze Age JLA issues,” he continued. “I wanted to use Jose Luis Garcia-Lopez artwork for the outer image of the Leaguers and thankfully he’s done a ton of it for DC style guides over the years. Some of the characters were pulled from other sources with his artwork. 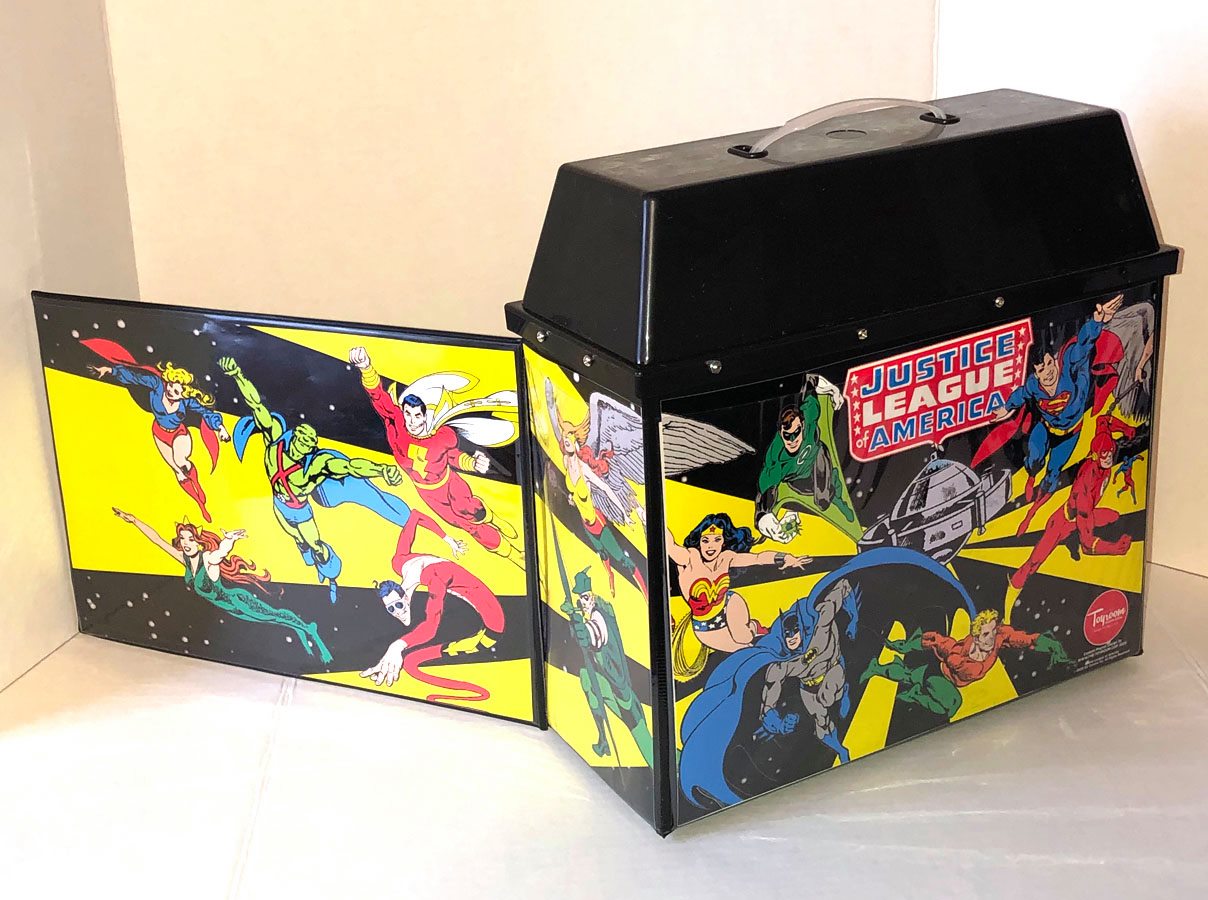 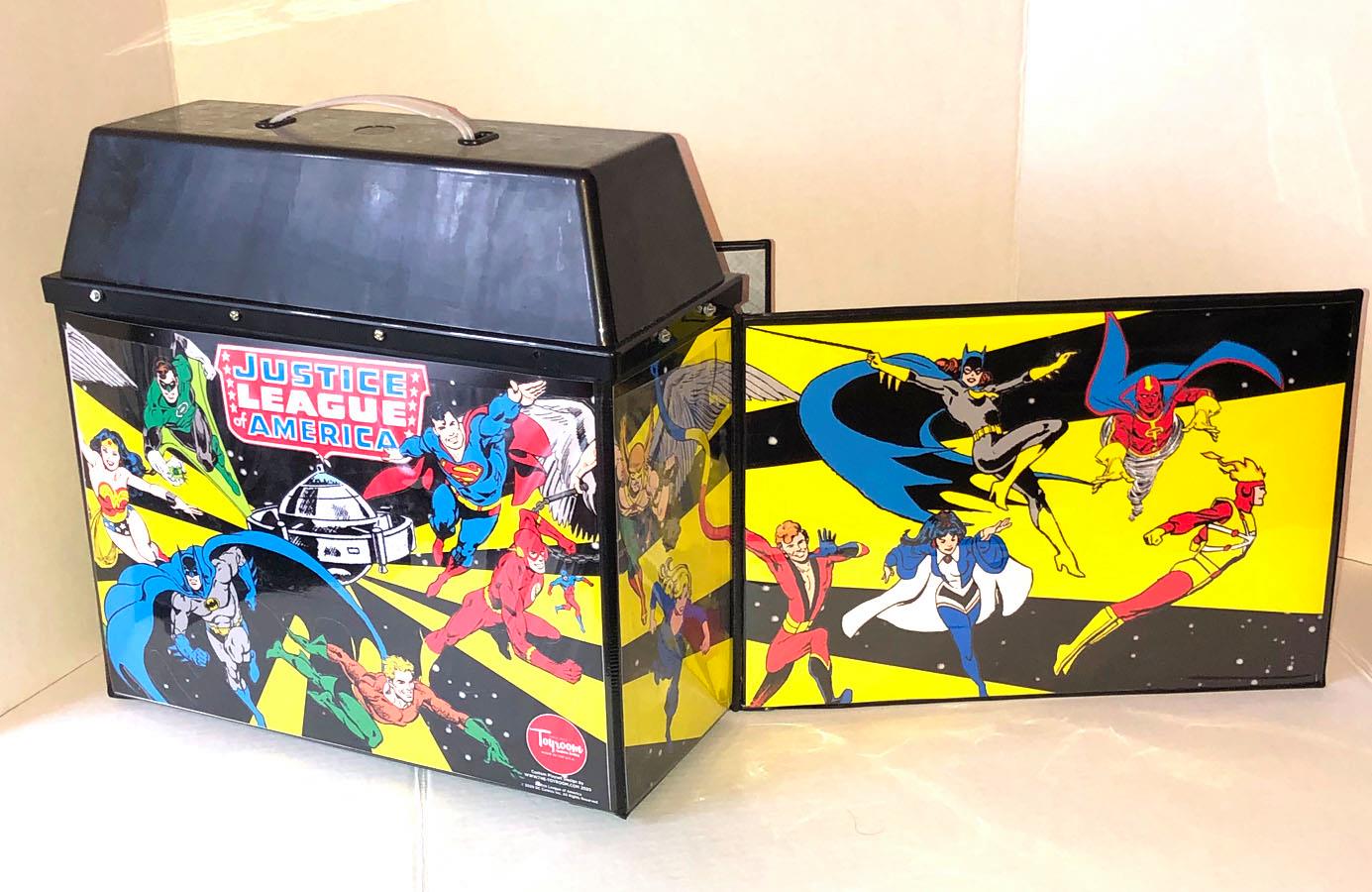 “Even though the Satellite Era ends with Firestorm, I wanted to include Shazam!, Plastic Man, Mera, Supergirl and Batgirl. Robin almost made the cut. The Phantom Stranger and Adam Strange didn’t,” said Anthony, who is also a regular 13th Dimension contributor.

— Of course, Mego produced a Hall of Justice set in the ’70s, though I for one never saw it. You can track one down on eBay, but they’re significantly more expensive than The Toyroom’s custom set. 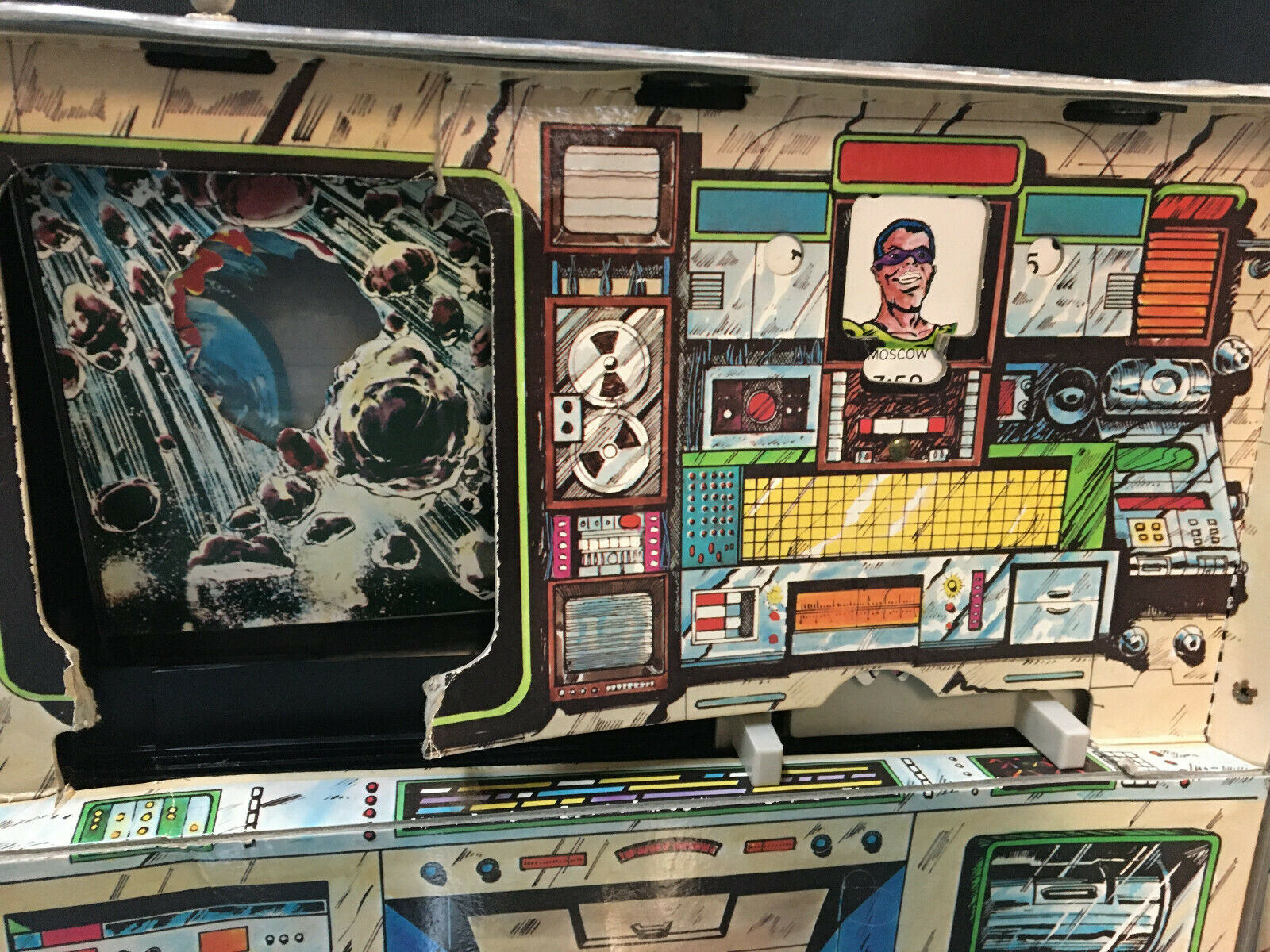 Control panel on the original