An ADAM WEST birthday celebration… You might recall a couple years ago the release of Zlonk! Zok! Zowie! The Subterranean Blue Grotto Essays on Batman ’66 – Season One, a non-fiction anthology edited by Jim Beard, with Rich Handley, that featured individual chapters on every first season episode by an array of writers and historians (13th Dimension columnist Paul Kupperberg, The Batcave Podcast host John S. Drew, Bob Greenberger, Peter Sanderson, Chris Franklin, Ed Catto, Dayton Ward, Keith R.A. DeCandido and yours truly, among them). Well, after a false start, the second volume – Biff! Bam! Ee-Yow! – is available now, giving Season 2 the same treatment, with fingers crossed for a third installment. Anyway, it’s the late Adam West’s birthday – he was born 93 years ago on Sept. 19, 1928 – so it seemed like a great time to bring you 13 COOL THINGS ABOUT BATMAN ’66 SEASON ONE, by Jim, one of world’s pre-eminent Bat-ologists. Oh, and next weekend, we’ll be back with a similar piece on Season 2 – just for Bat-kicks. And if you want to order the books – and you do – click here for Season One and click here for Season Two. Right on. By JIM BEARD 1. A rare mention of the murder of Bruce’s parents occurs in the very first episode, “Hi Diddle Riddle/Smack in the Middle.” Now, of course, murder’s not cool, but what is here to me is a little grimdark flying in the face of those who dismiss the show as foolish fluff. Batman acknowledged its origins right from the get-go. — 2. When it comes to the coolest of the cool Special Guest-Villains on Batman there’s no riddle for me on who’s my Number One. Frank Gorshin as the Prince of Puzzlers is the coolest, slickest, most insane bad guy that ever hit Gotham, and if I had to pick who I’d have to spend five minutes with alone in a locked room, the Joker or the Riddler… I’m sayin’ helloooo Cesar. I ain’t walkin’ out of that room alive with Frank. He’s a real killer. — 3. There’s a lot of very cool Joker stuff in “The Joker is Wild/Batman is Riled,” but for me the coolest moment is when the Clown Prince of Crime gets riled at Batman’s utility belt and, in a...

BATMAN DAY: Holy Mondadori! In the Before Times, when travel was much simpler than it is now, I’d make sure to always go comics shopping in whatever country I was visiting. My favorite? Italy, where I scored some great Silver and Bronze Age Batman comics that had been translated from English. Well, today is Batman Day and this year, DC is leaning hard on the anthology Batman: The World, which features new stories from creative teams around the globe that take place in their respective locales. This got me thinking about Italian Batman comics — particularly those published by Mondadori, from 1966 to 1970. The comics feature translated stories, original material and tales starring or co-starring other heroes (Brave and the Bold translations, for example). The covers themselves are a fascinating mix: Some have totally new art produced by Italian illustrators, others are adaptations/redesigns of American covers, others repurpose or recreate splash pages or other illustrations, while still others are a mish-mash of all of the above. More than anything, they’re colorful. (They’re also larger than the U.S. comics of the ’60s and ’70s.) Most of the mags have solid primary- or secondary-color backgrounds, which really make the imagery pop — and in some cases the Italian versions are more appealing than the American originals. Anyway, dig these 13 COVERS, which will most certainly brighten your Batman Day. Alla moda! — — MORE — BATMAN and SUPERMAN’s Greatest Italian Comics Mysteries! Click here. — COMICS: ITALIAN STYLE — For the Love of Giallo. Click here. — Source: Some images from... 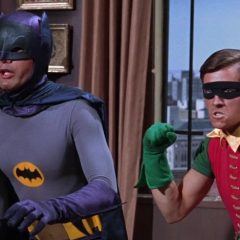 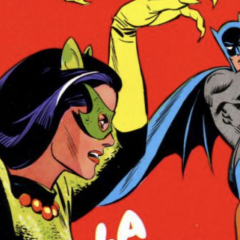 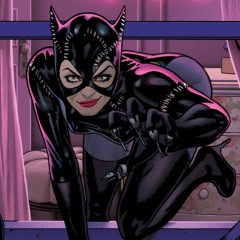 PLUS: The December solicitations for the miniseries’ final two issues! 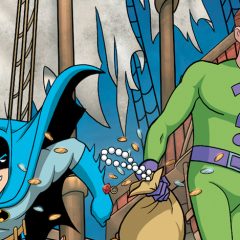 Plus, the Shaggy Man! Here’s your FIRST LOOK at the solicitations for The Batman & Scooby-Doo Mysteries #9 and #10… 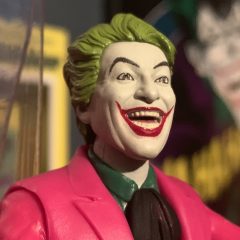 This Is the Best 1966 JOKER Figure We’ve Gotten Yet

REVIEW: McFarlane’s foray into Batman ’66 gives us something we’ve been waiting for… 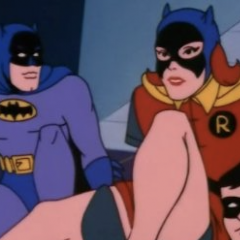