The celebrated Mr. K — author of the novel JSA: Ragnarok — picks his fave comics stories without pictures… By PAUL KUPPERBERG I hope you all had a great Thanksgiving and Black Friday… which is not, contrary to what it sounds like, DC’s next company-wide crossover event that promises to change everything forever. Again. Until the next time. No, this is the crass, commercial Black Friday, the “Ladies and gentlemen, start your wallets!” time of the holiday gift-buying season. Unlike many others, I do not revile or mock Black Friday. Indeed, as a producer of consumer goods myself, I’ve embraced the crassness and commercialism and did not so much as bat an eye before agreeing when “Santa” Dan Greenfield suggested I use the season’s columns to shamelessly pimp — I mean, subtly promote — my own product, i.e., my books. Which brings me to one of my favorite corners of comic book storytelling: the comic book novel. Publishers like Whitman had been mining the comic strips since the 1930s for a long-running series of hardcover children’s novels featuring such strip stars as Blondie, Little Orphan Annie, Red Ryder, and others. Superman made his debut prose appearance (outside of a few filler text stories in the comic books) in the 1942 novel, The Adventures of Superman by George Lowther. The first prose treatment of a superhero I ever read was 1966’s Batman vs. the Fearsome Foursome — a novelization of the 1966 Batman theatrical film rushed out to take advantage of the ABC-TV show’s explosive popularity — and I was hooked! The lack of pictures was more than made up for by the depth the prose brought to the storytelling. In a comic book, we might be treated to captions that dove into the character’s thoughts but were usually just an excuse to reiterate what the picture was showing anyway. My line about Silver Age storytelling is that a panel would show Superman flying over Metropolis, with a caption like, “One day, as Superman flies over Metropolis,” as Superman’s thought balloon reads, “I better hurry if I want to get to the other side of Metropolis in time!” Prose not only eliminated this sort of redundant storytelling but offered writers the opportunity to actually delve into characters’ thoughts, and motivations. Even a plot as ridiculous as Batman’s rogues vying to...

INSIDE LOOK: This high-end set of 12 classic prints has been well worth the wait… Nearly two years ago, I wrote of plans for a calendar featuring Marvel’s classic ’70s black-light posters and readers went bananas. Then I wrote that the calendar was cancelled — and readers went bananas. Then I wrote that Abrams ComicArts would instead reprint 12 of the posters produced in 1971 by The Third Eye as a high-end portfolio collection and guess what? Readers went bananas again. Well, now the Marvel Classic Black Light Posters portfolio is finally upon us — it’s out Nov. 16 — and readers have every reason to go bananas once more because this set is by far the grooviest comics publication of 2021. The set, which measures a whopping 20 x 30 inches, comes in a flat box and contains 12 of the posters first published 50 years ago. There’s also an informative booklet that features an intro by Roy Thomas and gives each poster’s pedigree — the original comic panel upon which it was based, what issue it can be found in, and who wrote and drew it. (Similar info can be found on the back of each poster, which is made from heavy stock and suitable for framing.) But enough with the fine print — how to do the posters look under a black light? Well dig this: That’s just four of them, and even the photos don’t really capture the brightness and psychedelic drama that you experience seeing them up close. They’re not flocked but it doesn’t matter — these babies POP! Here’s the complete line-up, from the back of the box: The set lists for $125 but the originals are sky high on eBay — recent sales for individual posters ranged from $200 and $1,800 — so this is likely your best chance to again experience the trippy days when the ’60s morphed into the ’70s. And let’s not forget: the artists are among Marvel’s greatest, including Jack Kirby, Gene Colan and others. Now, there’s already a bit of good news: The set is listed at Amazon as the #1 new release for “Prints Art.” As you know, sales determine just about everything, so if this makes its way into enough hands this holiday season, there’s always the chance for a second edition: After all, there... 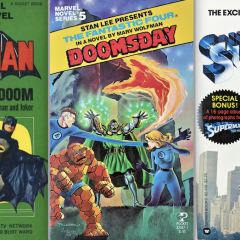 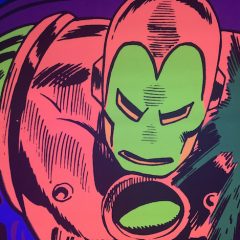 INSIDE LOOK: This high-end set of 12 classic prints has been well worth the wait… 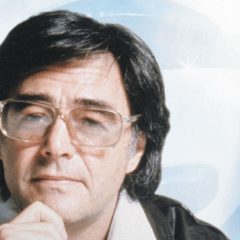 PLUS: A SPOILER-FREE review of the premiere issue… 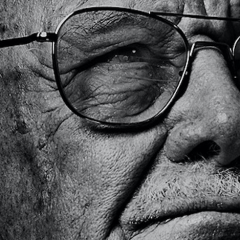 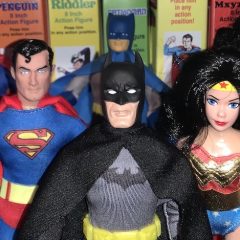 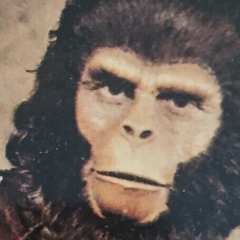