Dan Greenfield has been reading comics since he was 5, having cut his baby teeth on the Adam West “Batman” TV show. He graduated to Denny O’Neil and Neal Adams, then Steve Englehart and Marshall Rogers, all the way up to Scott Snyder and Greg Capullo. If you haven’t noticed, he likes Batman a little. He has a teenage son who digs comics and an amazingly patient and understanding wife who is willing to read the indie books he waves under her nose, like the “Essex County” trilogy. His cats, Lex and Zod, aren’t big readers, though they do like knocking things off his comics shelves. Dan’s the editor-in-chief and publisher of 13th Dimension. Here he is in his sweet ride. 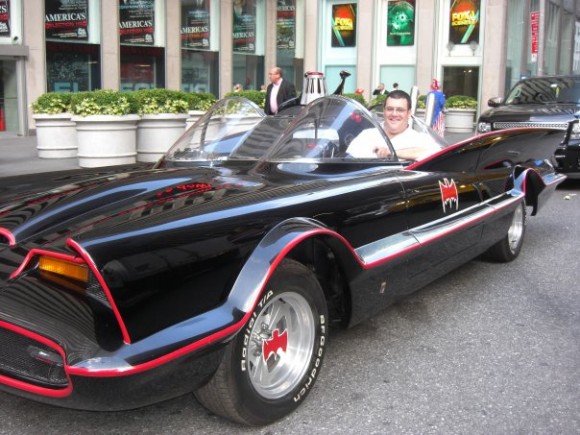