It’s been a little while since we’ve shown off one of Anthony Durso’s customized 8-inch-scale, Mego-style playsets — but we’ve got your EXCLUSIVE FIRST LOOK at a doozy: The newly available Joker Ho-Ho Hideout, based on a conglomermation of villainous lairs enjoyed by Cesar Romero’s Clown Prince of Crime on Batman ’66.

This is the second Joker set Anthony’s company The Toyroom has produced over the last year or so. The first one, The Joker Ha-Hacienda, is devoted to many versions of Batman’s greatest adversary. (Click here to check it out. You’ll be glad you did.) But this one is a three-dimensional love letter to Romero specifically and may have more Easter eggs than any other Toyroom playset. It also joins a number of other Toyroom sets based on the show and its villains. 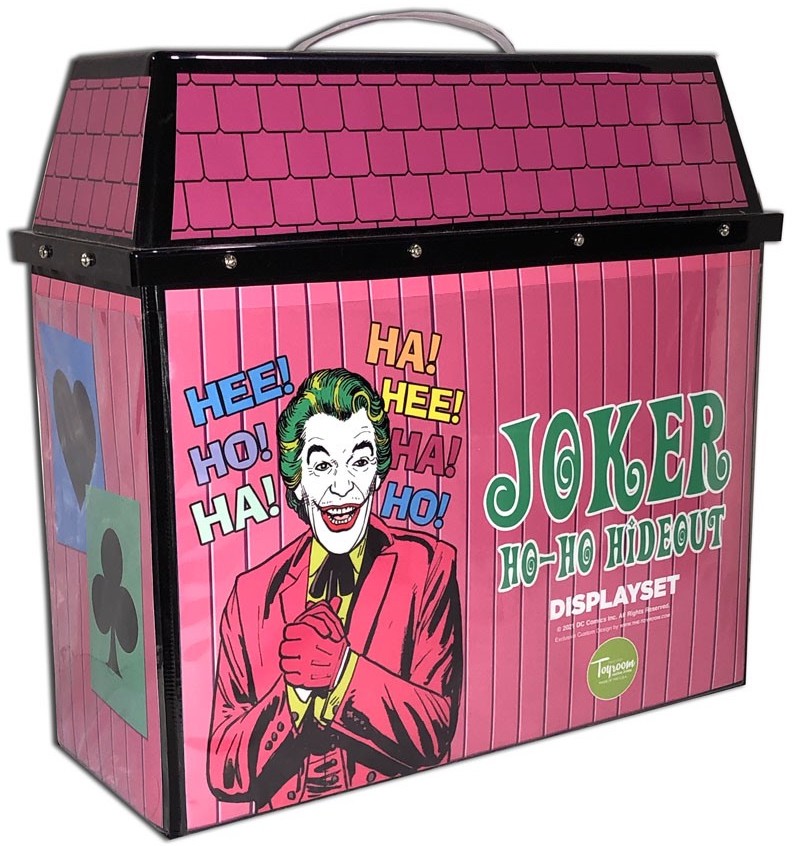 “The last of Gotham’s “Fab Four,” the Joker, finally gets his own TV-centric displayset,” Anthony said. “While researching (i.e watching each Joker episode multiple times), I was struck by the fact that the Joker’s crimes usually involve art or technology (or both) in some way or another. It reminded me of Batman’s assessment of Jack Napier in 1989’s Batman, courtesy of his Gotham police file: “Aptitudes in science, chemistry and art”. The Joker had some unique schemes over the three seasons of the series and this is an attempt to acknowledge most of them in one way or another.”

— The main exterior is the Ferguson Novelty and Magician’s Supply Company from The Joker Trumps an Ace. In the actual episode, we never see the real exterior. Only a black-and-white production drawing stuck in a binder in the Batcave. Also from that episode, the Gayfellows Cleaners sign makes an appearance. (See below.) 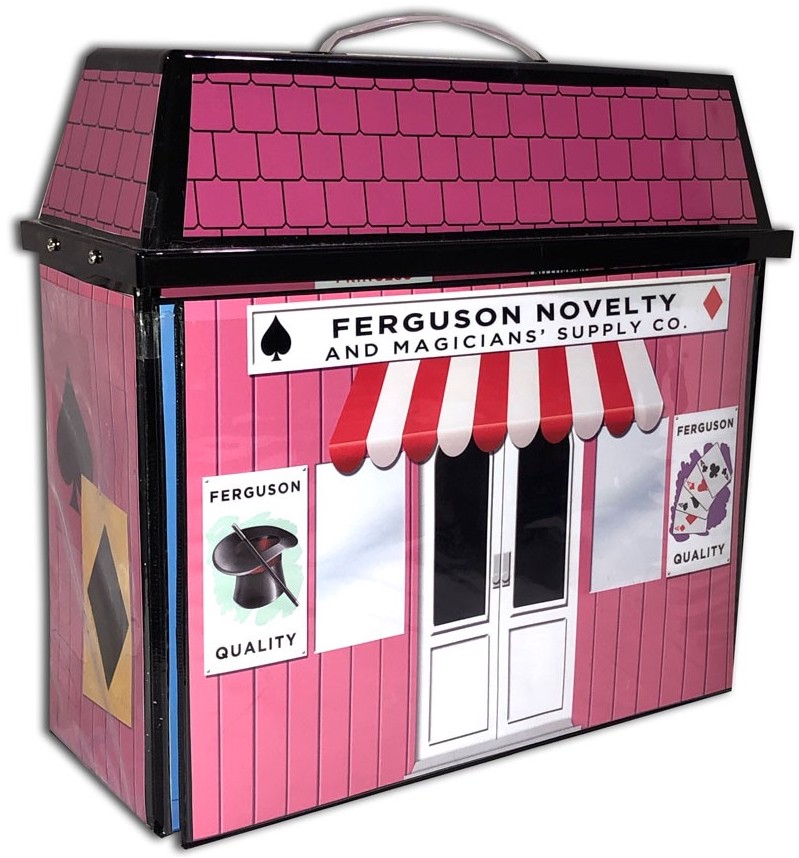 — In The Joker’s Last Laugh, his headquarters is at Penthouse Publishers, printer of comic books. It’s adorned with all sorts of signs, comic art and book covers. I figured that with an interest in art, the Joker would appreciate all sorts of graphic design and would be a collector of signs as souvenirs from his various escapades. 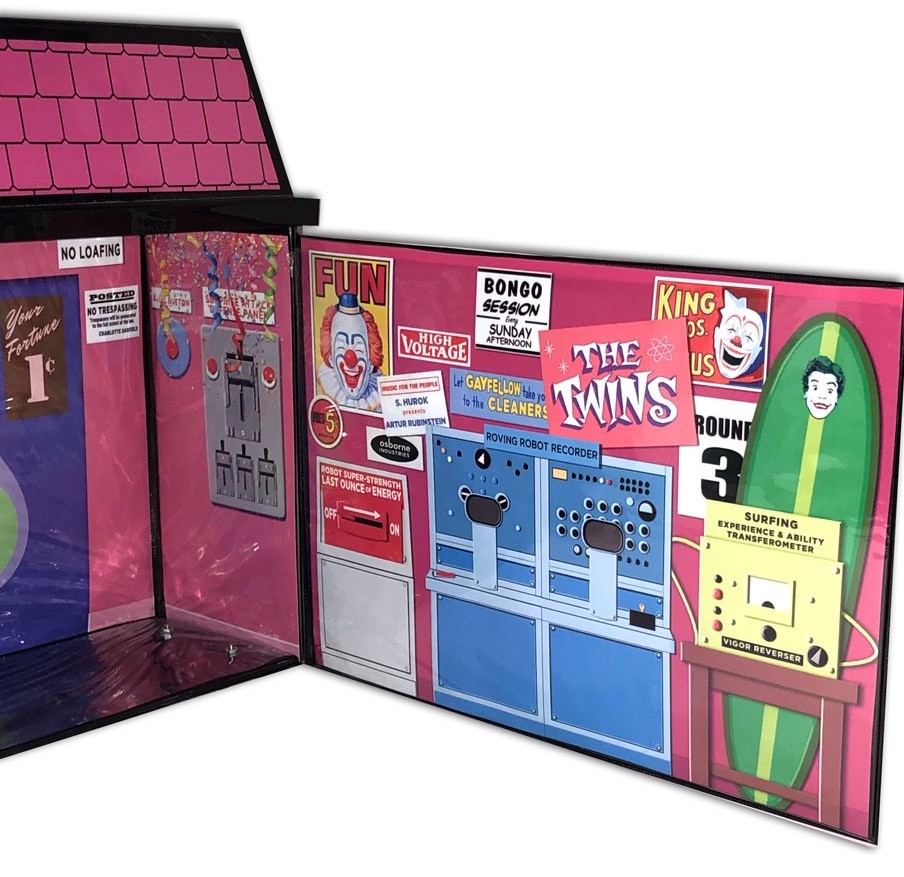 — And speaking of the The Joker’s Last Laugh, his card-suits entranceway (the back wall) comes from there, as do his two robot controlling machines. 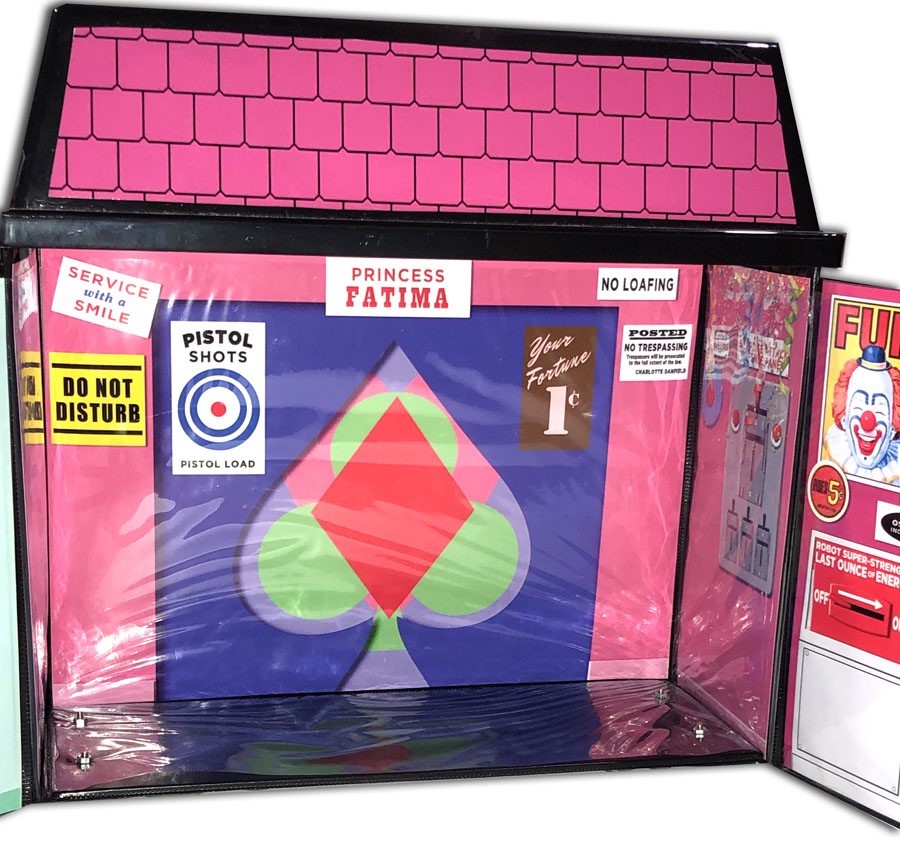 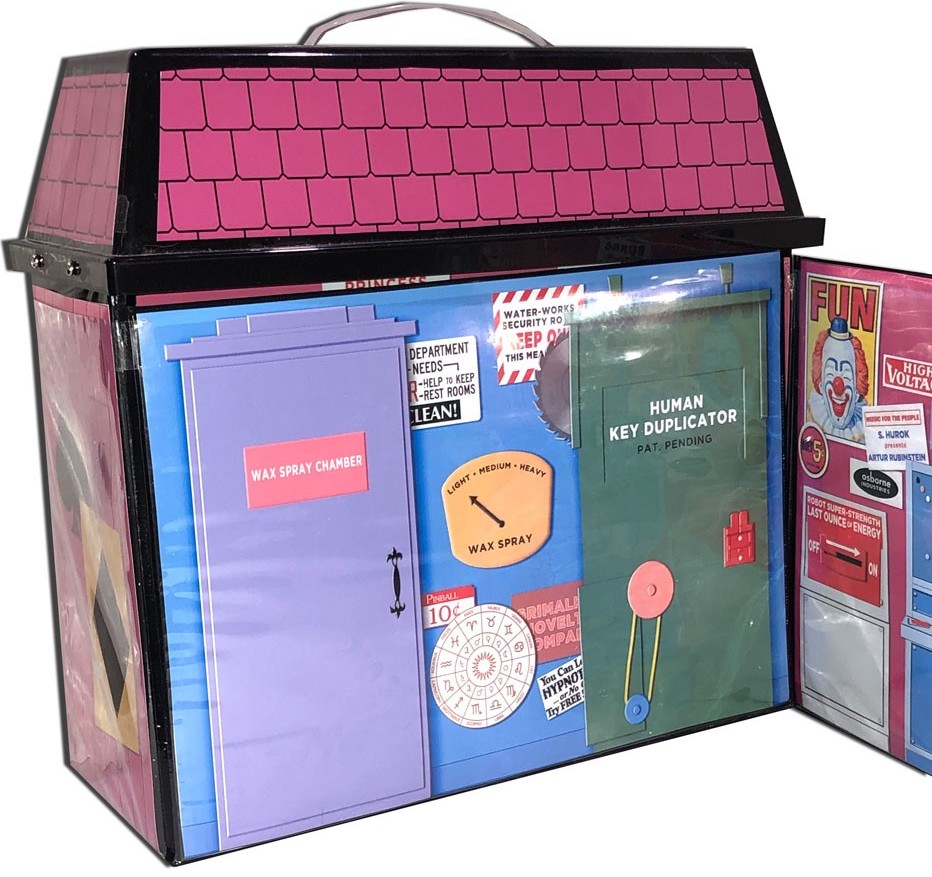 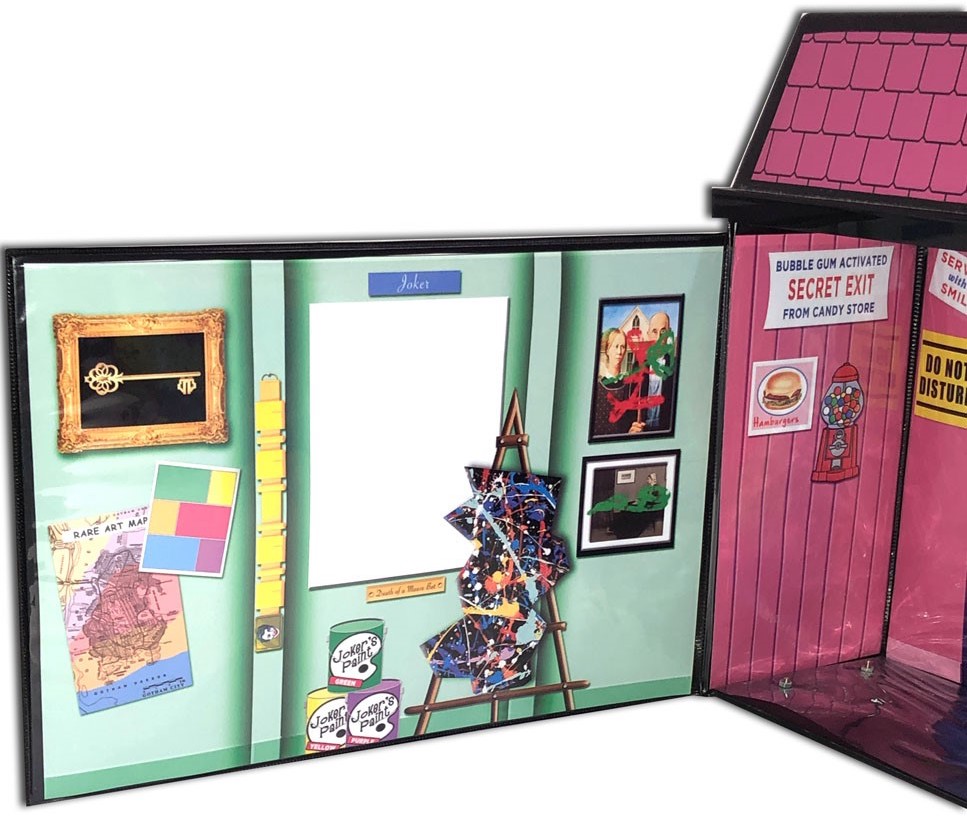 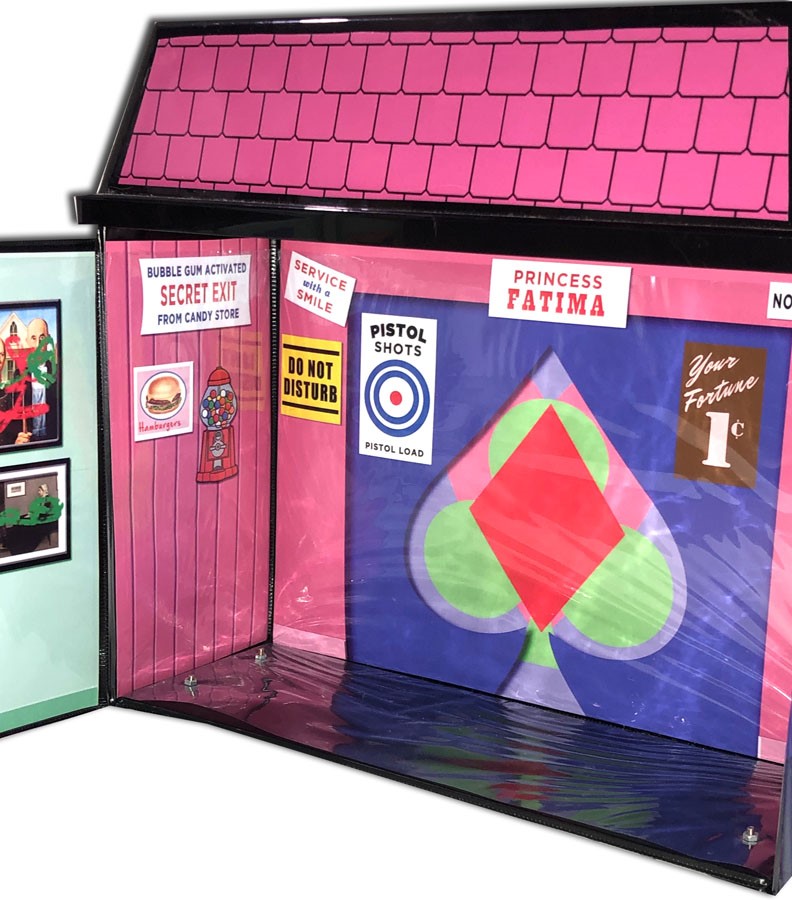 — The Zodiac Crimes is referenced by several signs, as well as the Rare Art Map (R.A.M.) and an astrology chart.

— Surf’s Up! Joker’s Under! gives us the Surfing Experience & Ability Transferometer and his infamous surfboard.

— The key-centric episode The Impractical Joker is responsible for the displayset’s death traps, as well as a couple of other Easter eggs, including a reference to the Joker’s former career as a hypnotist. 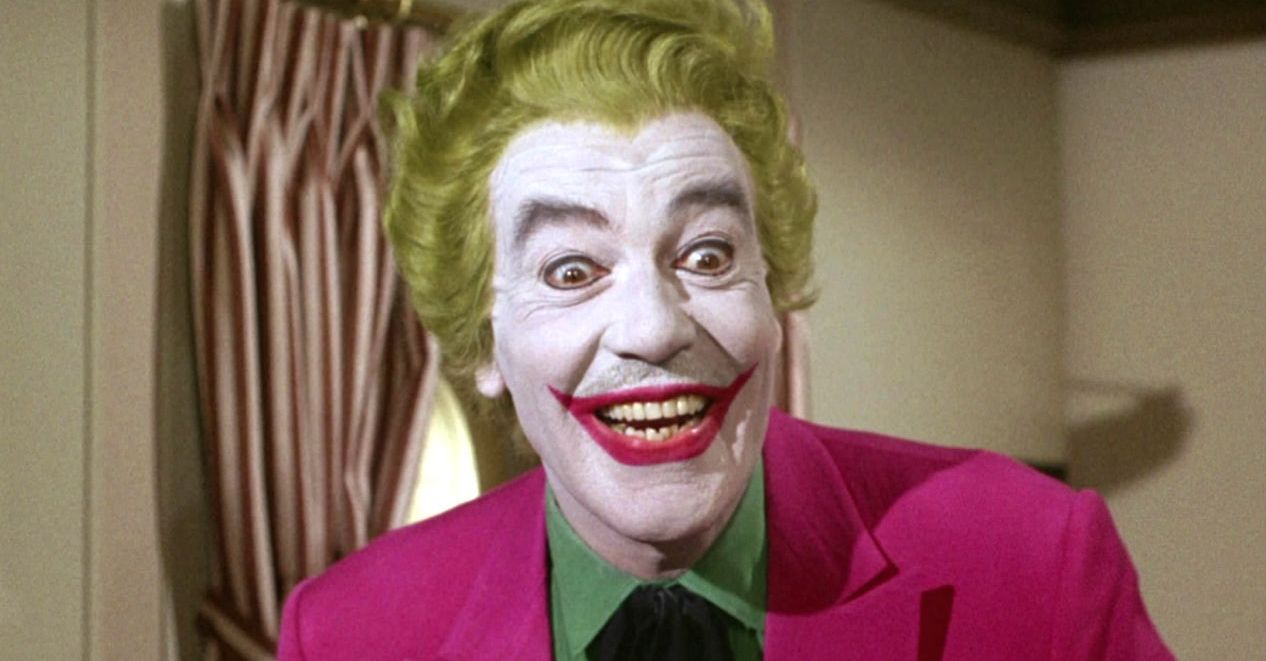 — The Joker’s utility belt comes from the very first Joker episode The Joker Is Wild, as does his defense panel.

— The Bubble Gum Activated Secret Exit From Candy Store (!) is from The Joker Goes To School.

— And lastly, Pop Goes the Joker is the influence behind the majority of the Joker’s art gallery.

“As with the Penguin displayset, Season 3 is kind of rough as far as villain headquarters go,” Anthony, who is also a 13th Dimension contributor, added. “Besides the aforementioned Surf’s Up!, the Joker’s only other solo appearance is The Joker’s Flying Saucer and I didn’t really feel that would fit with a terrestrial base. The Joker’s team-up with Catwoman in The Funny Feline Felonies is really more Eartha Kitt, with Cesar Romero in a supporting role. Nevertheless, there is a Graymalkin Novelty Company sign reflecting that venture. 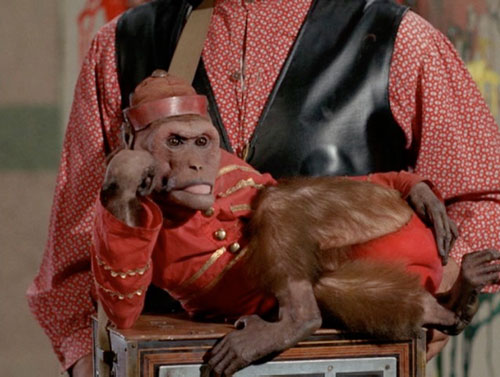 — Seems to me the only thing missing is the monkey from Pop Goes the Joker.

— But I tell you what: I would pay good money for a scale version of the deadly mobile death trap from that same episode. 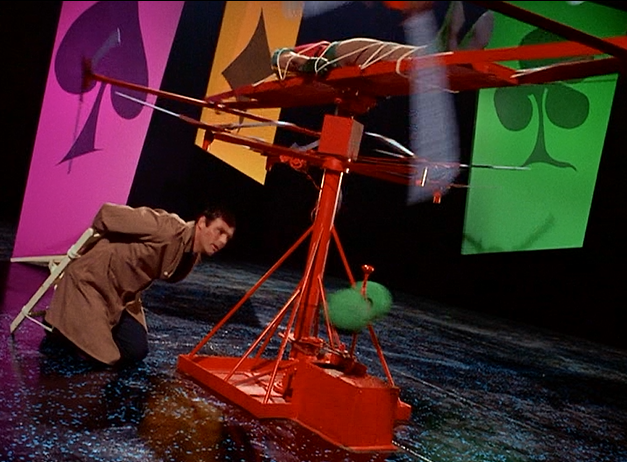 — Anthony now has seven Batman ’66 playsets available, including the Ho-Ho Hideout: the Batcave, Batgirl’s apartment and changing room, the United Underworld HQ, and hideouts for Catwoman, the Penguin and the Riddler. I personally would love to see a Mr. Freeze playset, complete with red-and-blue temperature zones and Frosty Freezies death trap. 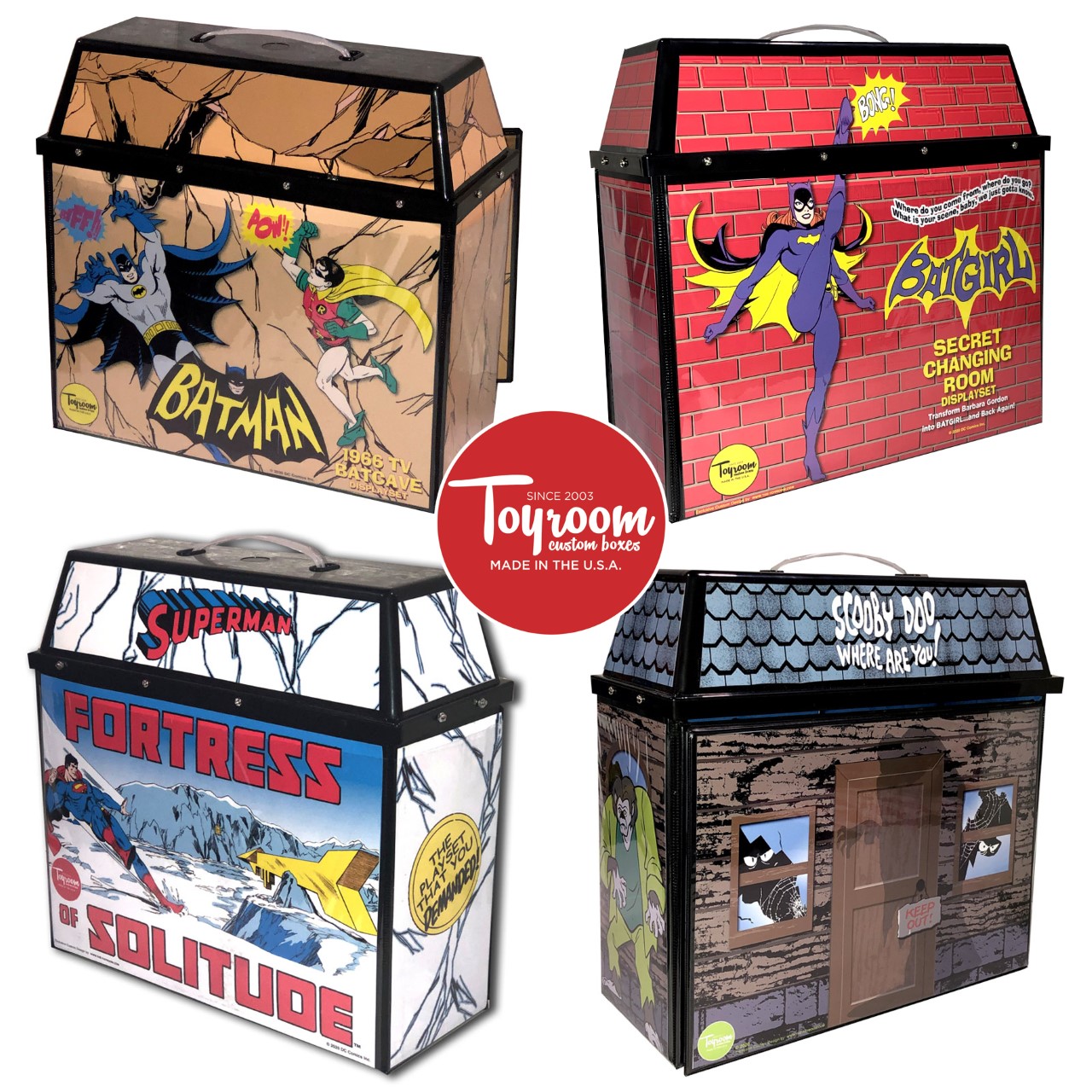