We’ve been doing this feature for more than a year and a half and I’m still struck by how many classic covers you can find in a single month. Just lends more credence to the idea that the Bronze Age is the real Golden Age.

13. Archie’s Girls: Betty and Veronica #191, Archie. The middle-aged cigar-chompers at Archie always poked fun at modern fashion — but the kicker is that they were fab designers. Dan DeCarlo was a master at it. 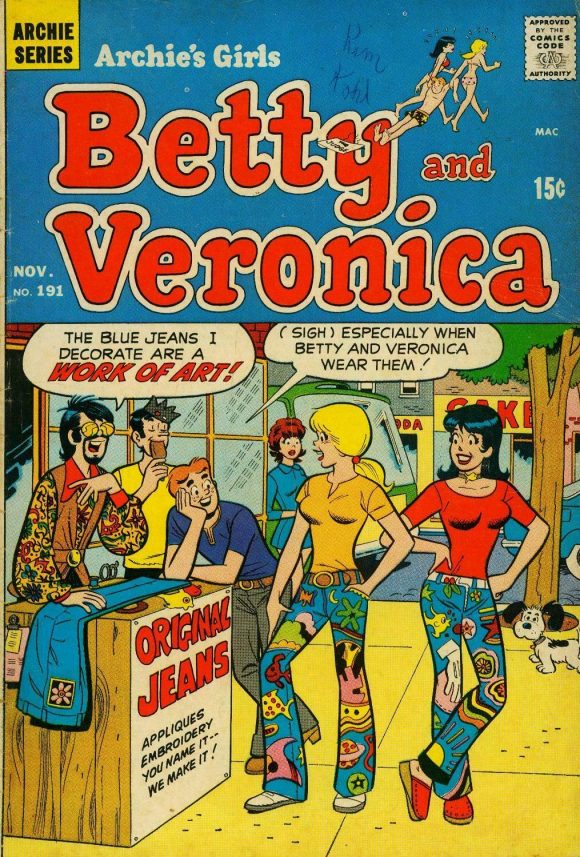 12. Boris Karloff Tales of Mystery #37, Gold Key. How much would you have wanted to hang out in George Wilson’s studio for just one day? Joe Jusko is absolutely right: There needs to be a big hardcover collection of his gorgeous, unhinged covers. 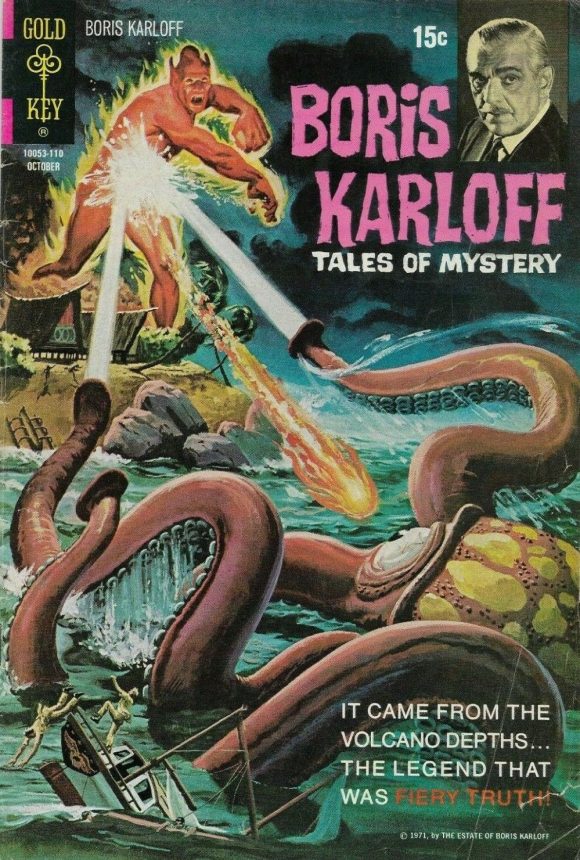 11. Fantastic Four #116, Marvel. From a strictly artistic standpoint, this is just a standard FF group shot. But Doom’s central role jumps out at you like his gigantic right hand. And that’s the point: Buscema didn’t have to overdo the imagery — Doom’s presence alone is what makes you do a double-take and want to pick up the book. A lesson in perfect restraint. 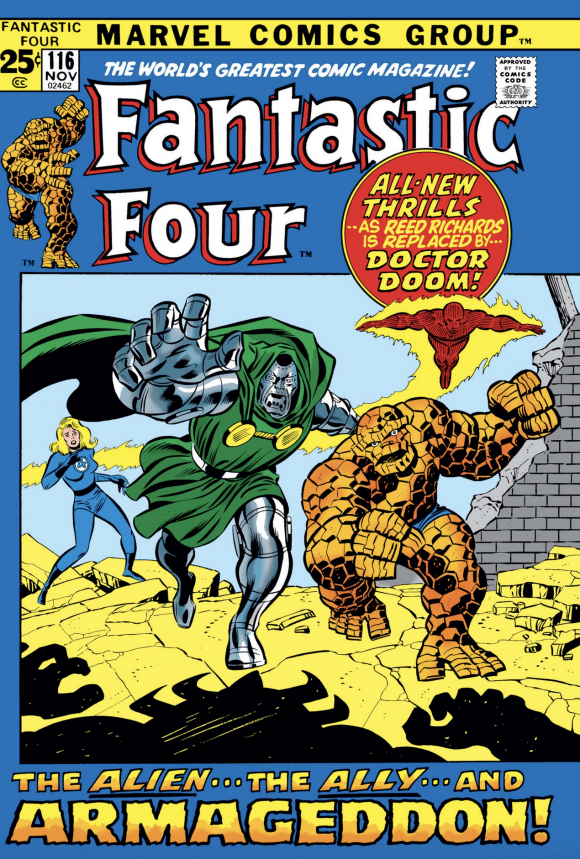 10. Superboy #178, DC. Boy, that Neal Adams is great at making people look like bats. This is also a classic Adams tableau. So while it’s not exactly original, it pops because, y’know, it’s Neal Adams (and Dick Giordano)! 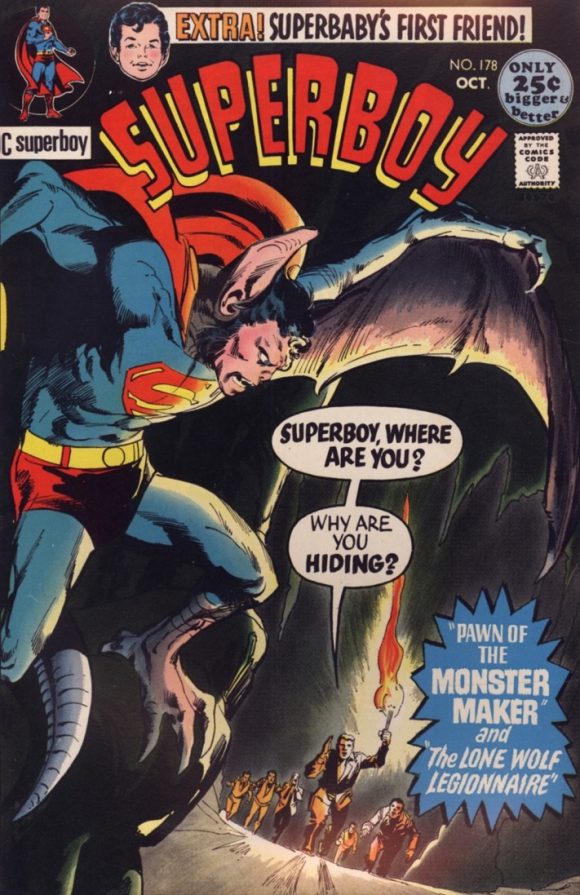 9. Daredevil #81, Marvel. Gil Kane, man of action. Actually, you know what was one of Kane’s not-so-secret-talents? He was also a master of inaction — nobody drew heroes or villains flat on their backs better. And, hey, we actually get to see Hornhead’s eyes through his mask! 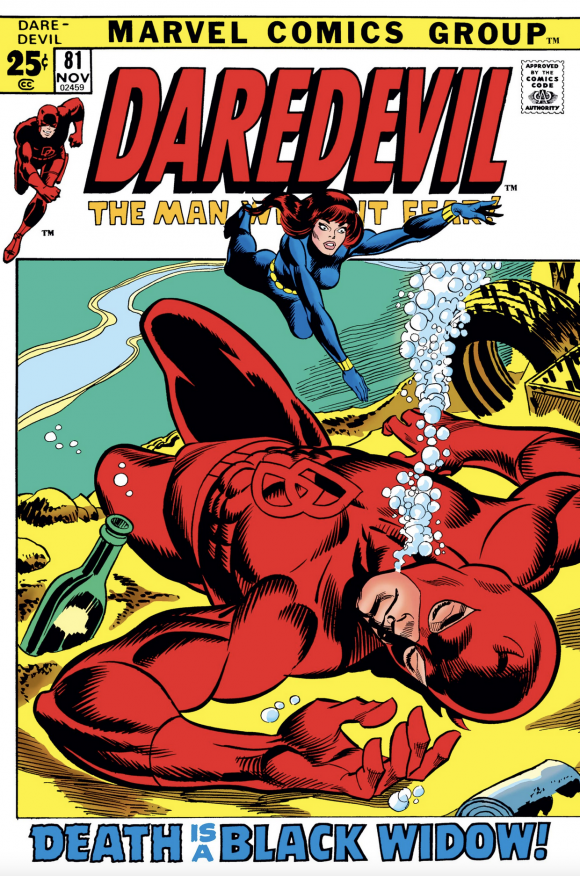 8. Superman #243, DC. Neal Adams likes talking about this cover. Wanna know what he has to say? Click here. 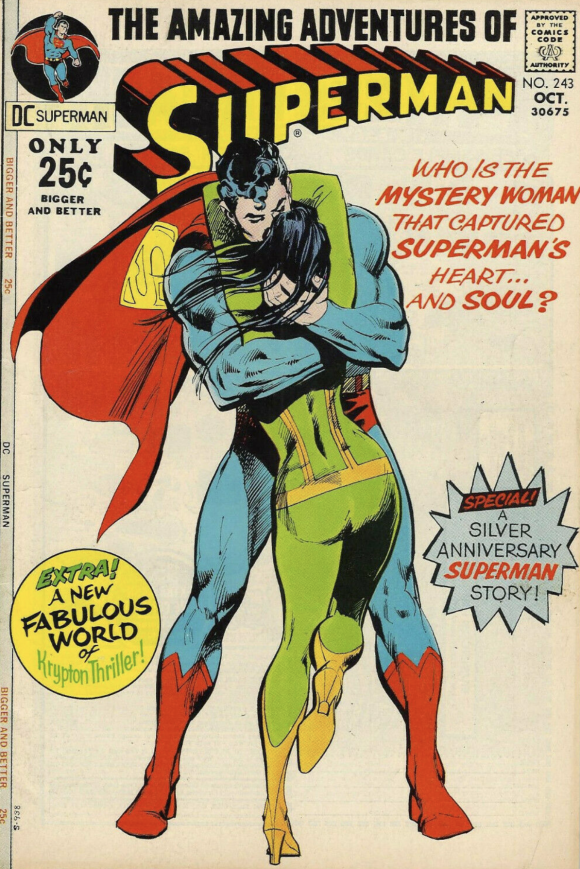 7. Spirit World #1, DC. This started as a Kirby collage and ended as an Adams drawing. I’m actually not a huge fan of this one; it is a tad too crowded. But I love how joyfully lurid it is and those crimson eyes draw you in. (Note: The world didn’t end in 1983. In fact, some pretty cool comics came out that year.) 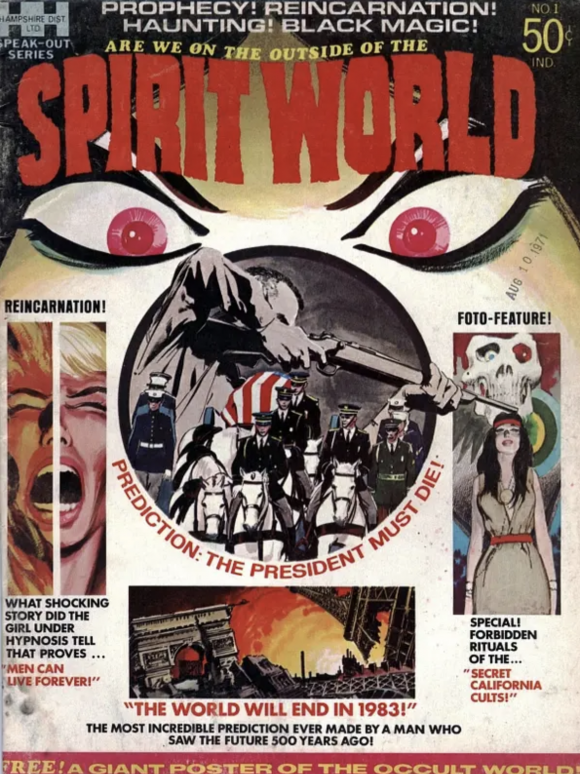 Adams from a Jack Kirby layout

6. New Gods #5, DC. There really isn’t anything anyone can say about Jack Kirby that hasn’t been said. I’ll just echo the thousands of others who recognize that the King drew close-body combat better than anyone. The power and intensity are palpable while you’re waiting for Orion’s left to land. 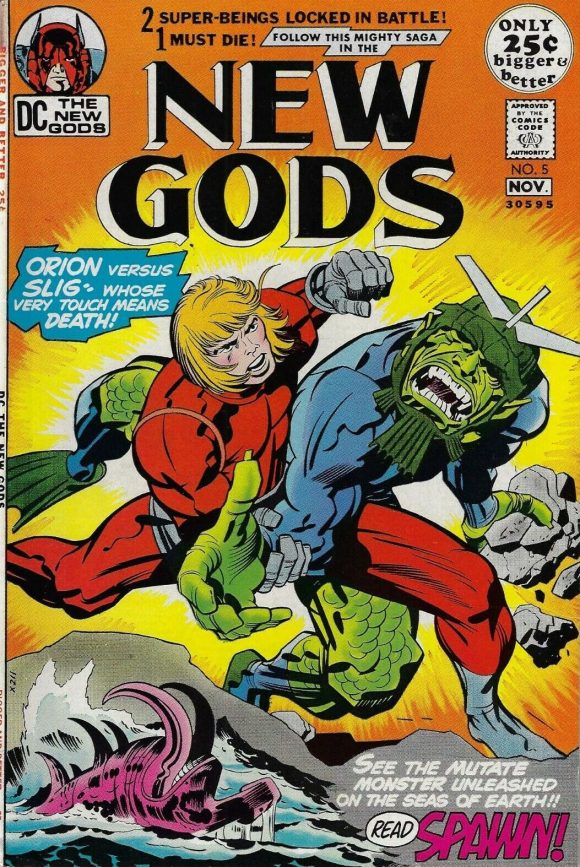 5. The Amazing Spider-Man #102, Marvel. I ruffled some feathers last month when I put the classic Spidey #101 cover introducing Morbius at No. 6. That’s a great cover and all, but I gotta say I like this one even better. You get a full view of six-arm Spidey, a Morbius in violent anticipation and the Lizard readying to jump in himself. I might have liked more background detail, but then again, the big blank building on the left does make Spider-Man stand out better. 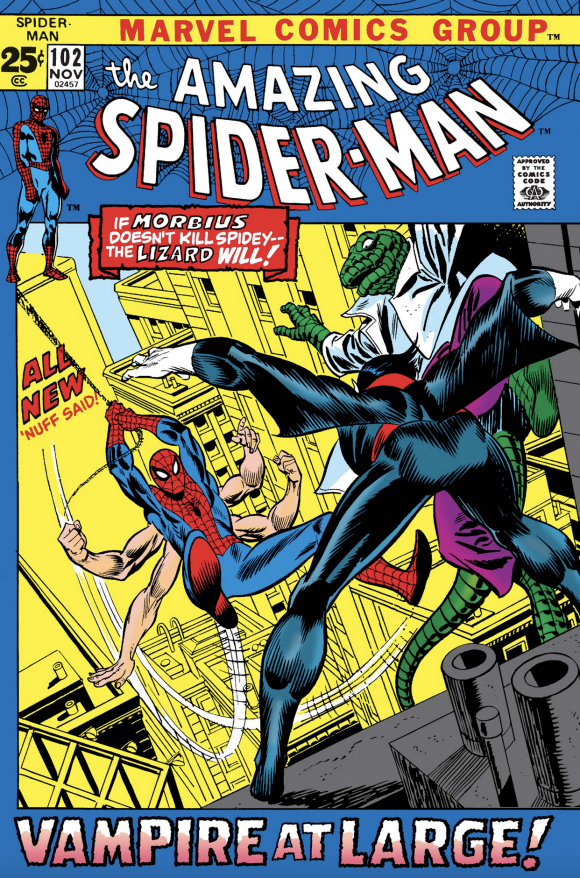 4. Our Army at War #237, DC. I really, really, really want a book of Joe Kubert’s war covers. He did not come to play. This is case where you don’t want any background image. Rather, the white “canvas” makes the horrifyingly inventive central image — and Sgt. Rock’s grim determination — that much more striking. Make war no more. 3. House of Mystery #195, DC. One of Bernie Wrightson’s greatest covers. You do not want to be that red-headed dude. Notice you don’t even see the guy’s face? Makes it that much more terrifying because you have imagine what he’s suffering in that moment where he’s being overwhelmed. And as much as artists love drawing gorillas, I sometimes think they like drawing bats just as much. 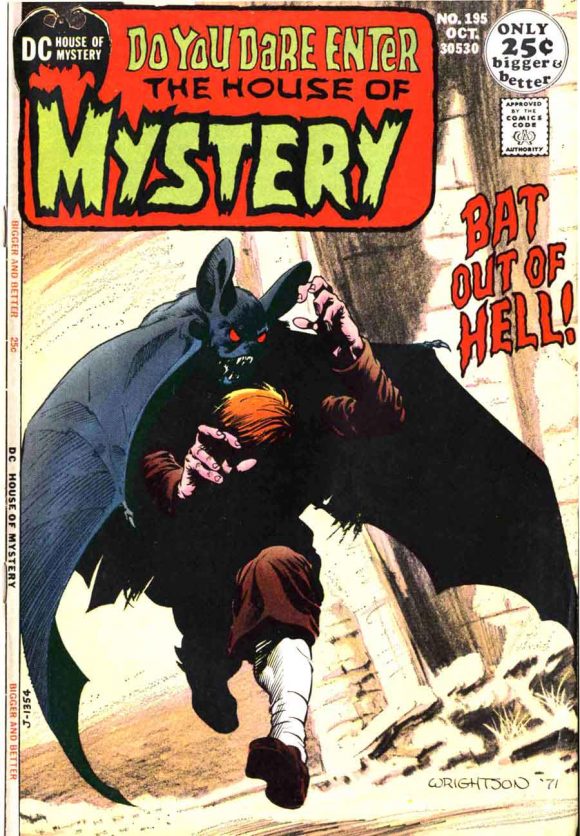 2. The Avengers #93, Marvel. Emblematic of an entire era, this is one of the greatest Avengers covers ever. ‘Nuff said. 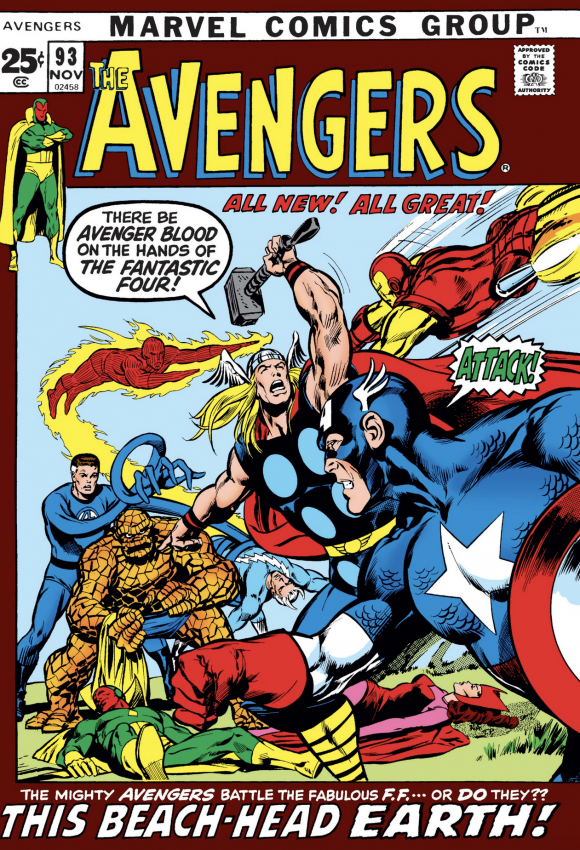 1. Green Lantern #86, DC. The second part of Denny O’Neil and Neal Adams’ famed drug issues. GL #85 is one of the greatest covers of all time because it’s so shocking and personal. This brutally powerful follow-up instead focuses on how widespread the problem was — and still is, 50 years later. 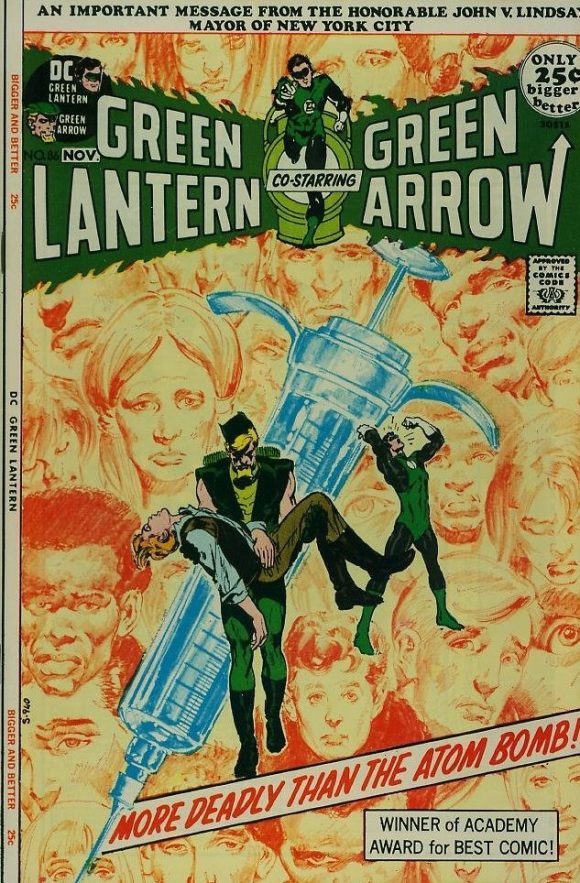