It’s NEAL ADAMS MONTH here at 13th Dimension, and we’re featuring daily commentary by Adams on his variant-cover project for DC Comics. Each of his 27 variants is a twist on one of his famous covers from the past. He provided the pencils, and the inks and colors were handled by some of the biggest names in the business like Frank Miller and all-time greats like Tom Palmer.

Yesterday’s installment featured Martian Manhunter #5, which was based on Batman #232 — one of Adams’ greatest covers. (Click here.) 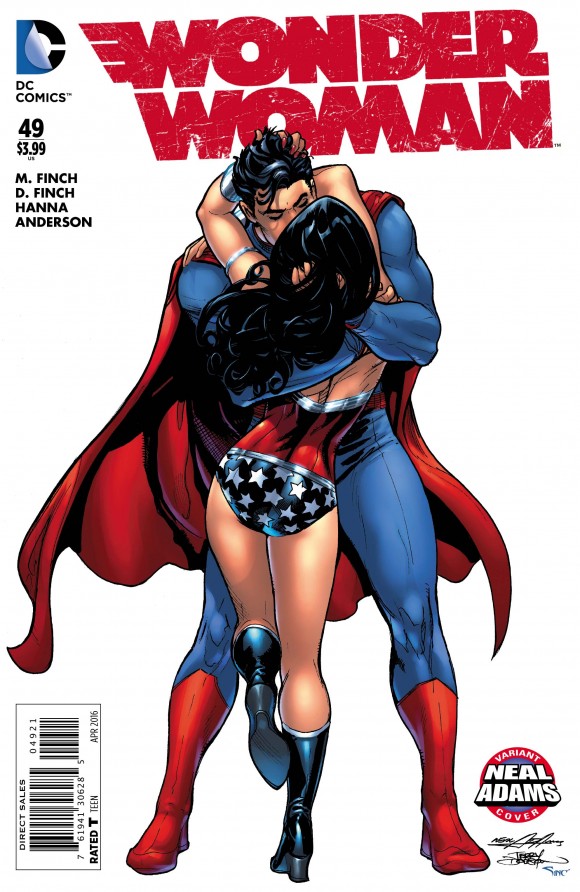 And he’s doubled down in the new version by making it Wonder Woman in the Superclinch.

Lordy. Time for a Supercold shower. 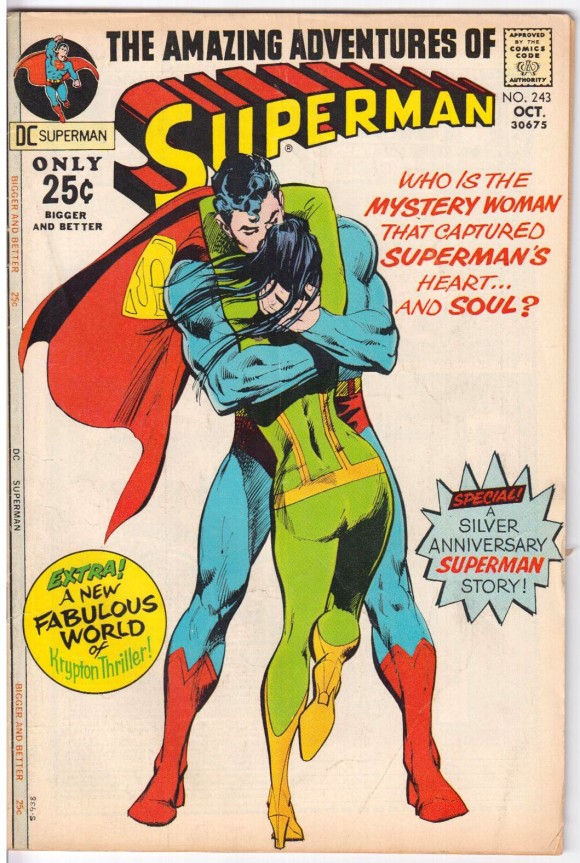 Neal: The kiss. That’s it. This is like sex without sex.

Dan: It’s Terry Dodson inking, which makes sense because he also is known for drawing…

Neal: Things that are sexy—sexy broads and guys. This immediately makes you think of Talia and Batman. 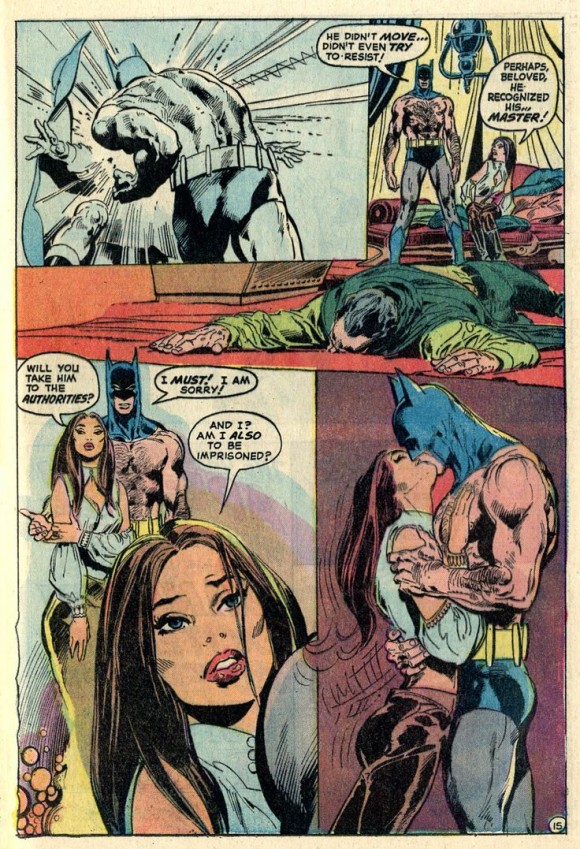 And without anything overt happening. It’s a very sexy thing. It’s making use of the ability to draw men anatomically correct as opposed to mannequins. That’s also part of the Silver Age (and Bronze Age).

Even though this is quickly done, this jumps out of the old comics into the (Bronze) Age because of the anatomy that is under there where you can feel that there is something physical going on between two actual human beings who are actually reacting to one another. This now is commonplace. This is no surprise. It just happens to be very much like that. But it’s really no surprise.

Dan: I notice that you transposed the positioning.

Neal: I swung her hips the other way. 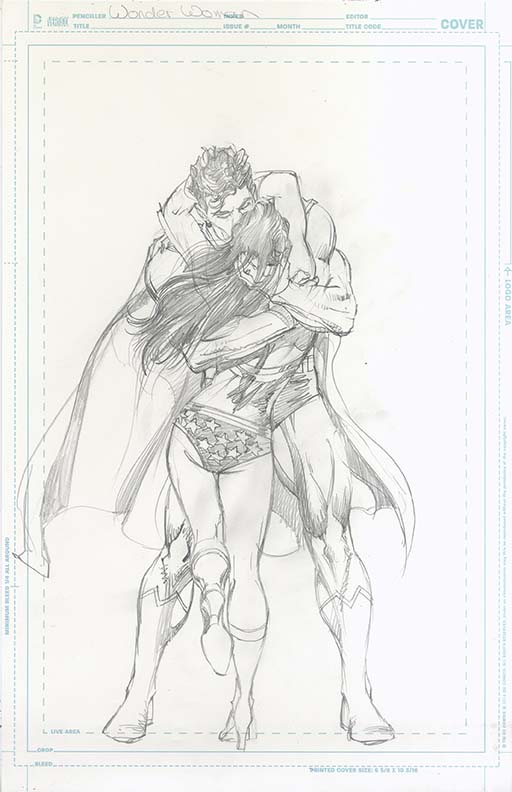 Neal: I just like it the other way. To me, it’s all for the people who study anatomy and study these things. You get an artist. You said, like an artist, “Oh, you swung her hips the other way.” That I want you to see. There’s nothing else in here that’s really any different except I swung her hips. That’s between me and the other artists. Ye-eeessss! (Dan laughs)

Although I’ve also changed her legs. But that’s what women do. And look at how far they do it. The difference is that women can undulate their bodies compared to us guys. And the guys are always (grunts). Y’know? We’re just…

Neal: That’s right. That’s an art lesson, by the way.

NEXT: Into Week 4 … with Superman and Wonder Woman once again! (Click here.)