BRONZE AGE BONANZA: What a month to hit the spinner rack — classic after classic…

Some BRONZE AGE BONANZA months are feasts. Others are a quick snack. Most are somewhere in between. June 1971 was most definitely a feast, featuring a collection of some of the most famous covers in comics history. Taking one step back, it’s startling that you could buy these all in the same month.

13. Marvel Spotlight #1, Marvel. The kind of first-rate cover that Neal Adams could do in his sleep: Exciting, dynamic and ferocious. Oh, and it just happens to be Red Wolf’s first appearance, too. By the way, get used to seeing Adams this month. The master dominated. 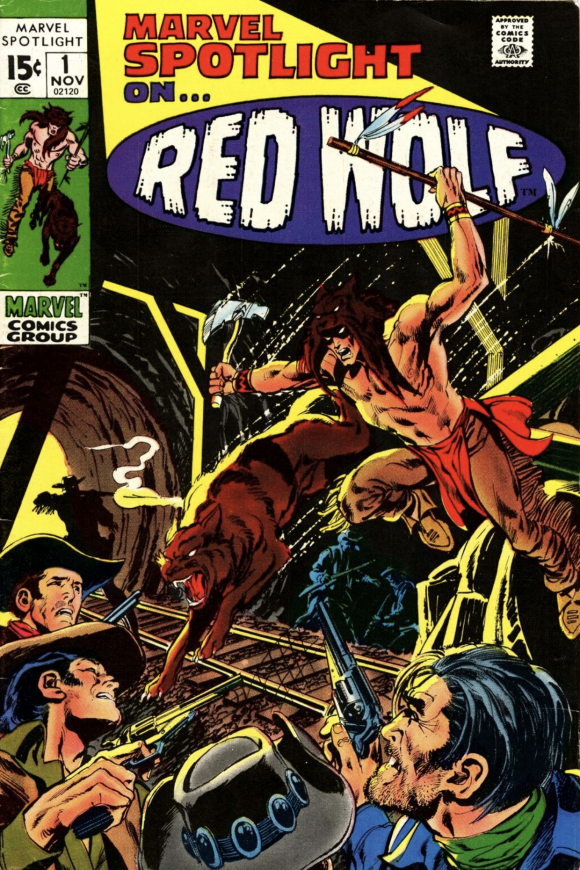 12. Iron Man #41, Marvel. I don’t think George Tuska gets all the credit he deserves. (Just ask Paul Kupperberg.) But there is so much to like about this cover — the composition, the point of view, the alarming way that Iron Man’s armor is melting and the woman plunging from the building add up to a dramatic cover. What puts it over the top, though? Dude with the lobster claws coming out of his head! 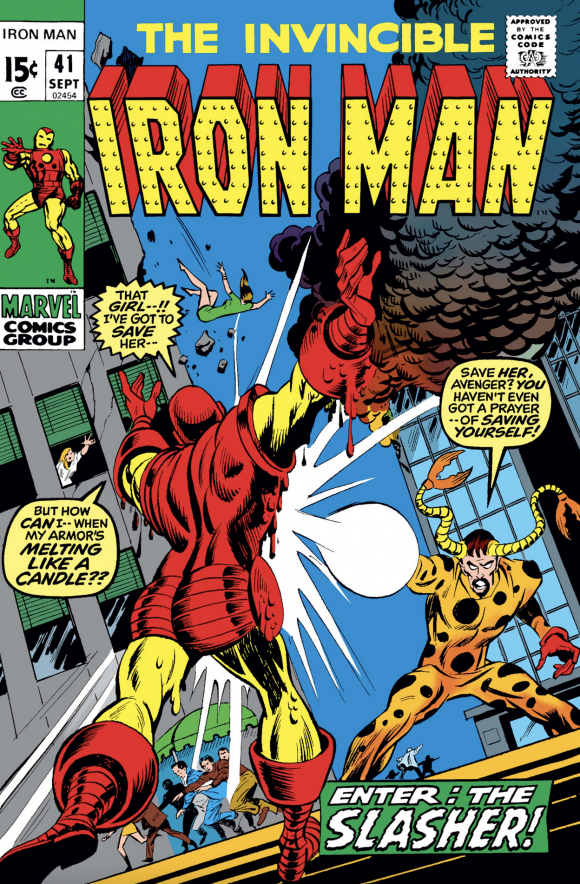 11. World’s Finest #204, DC. When DC tried to make World’s Finest a Superman team-up title, years before DC Comics Presents. The juxtaposition of past and future wasn’t new — Carmine Infantino did it all the time in The Flash — but the premise is fascinating and Wonder Woman in particular looks fabulous. 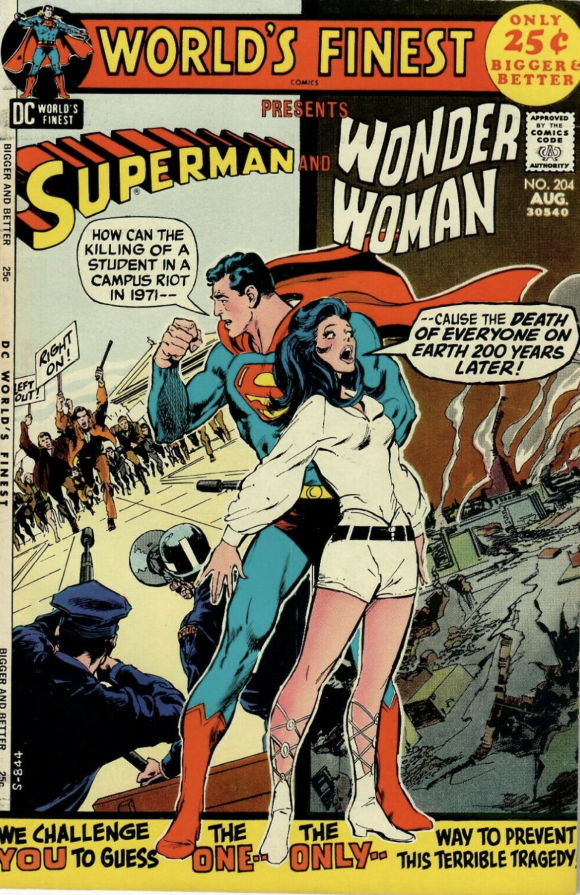 10. Two-Gun Kid #100, Marvel. Herb Trimpe looks like he’s doing his best Alex Toth and Joe Kubert here — and it works. The real star, however, is the colorist, who was most likely Marie Severin. The Kid may not be able to enjoy the sunset, but we sure can. 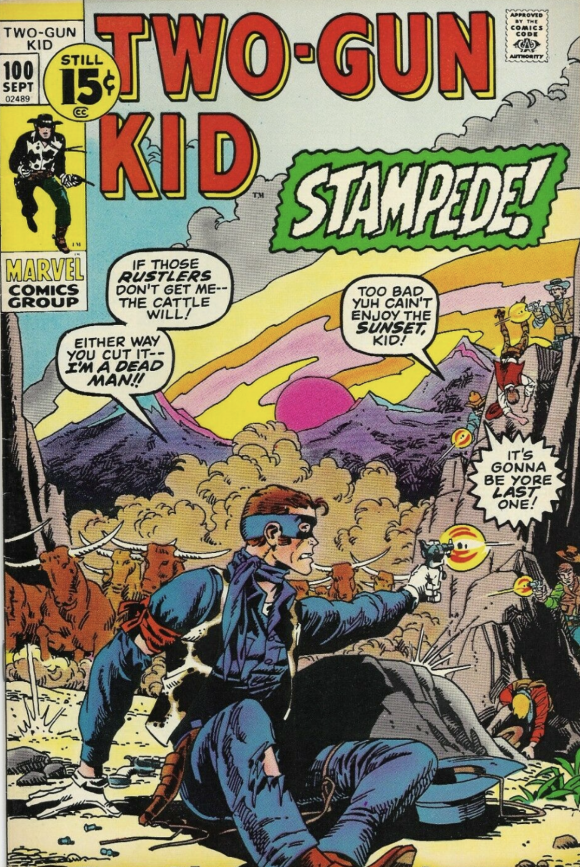 9. Boris Karloff Tales of Mystery #36, Gold Key. Oh, George Wilson, how I love you. And those five colorful creatures look like they were the stars of a nixed Sid and Marty Krofft pilot, don’t they? WARNING: THEY ARE ALREADY HERE! 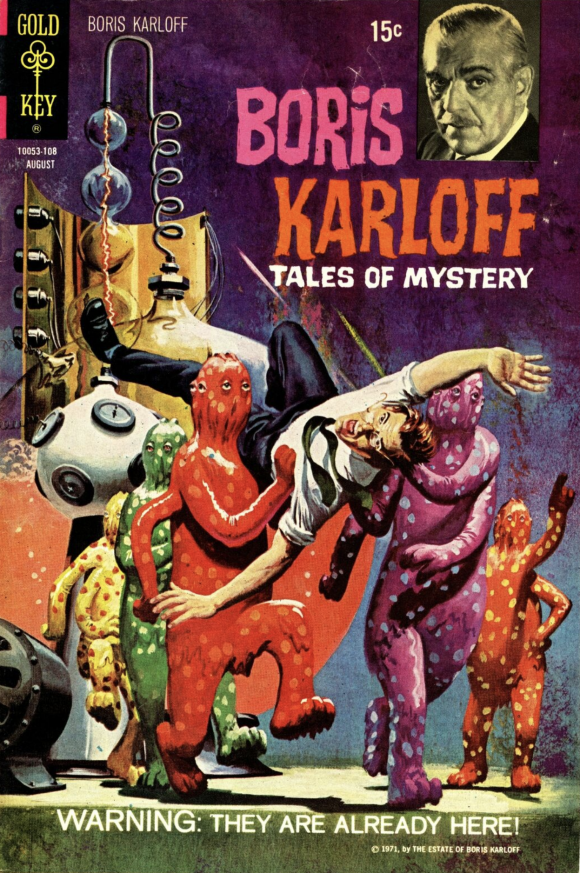 8. In the Days of the Mob, DC. A failed experiment and the cover is a really lurid mess. But it’s a really cool looking lurid mess. Because Jack Kirby could make anything look cool. 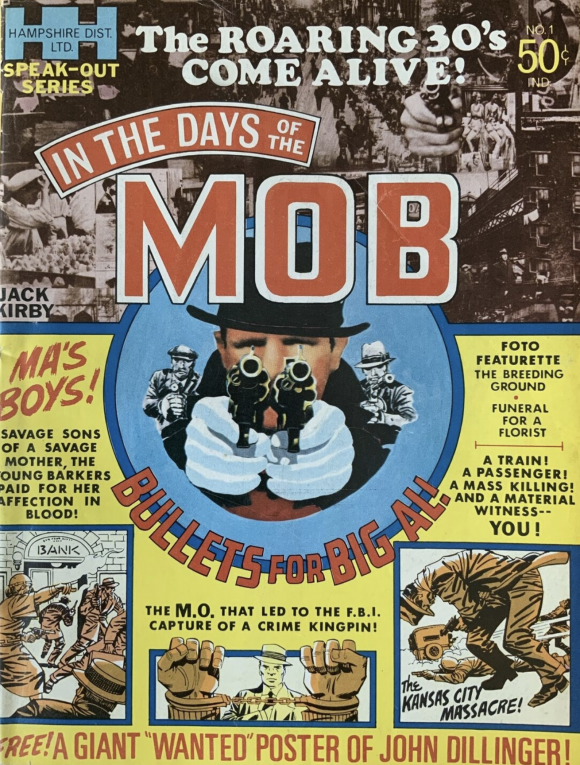 Jack Kirby, with inks by Kirby and Frank Giacoia 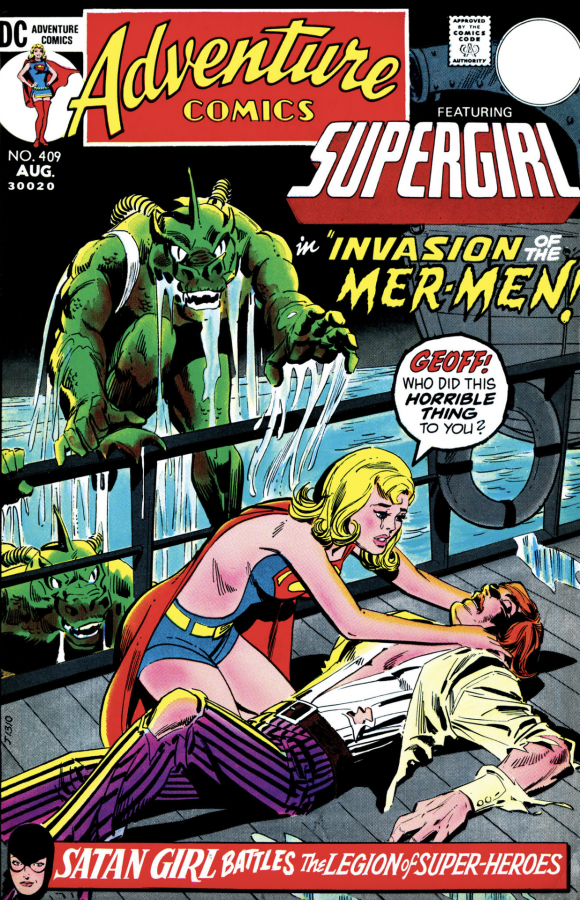 6. Betty and Me #37, Archie. Never forget: So much of the Archie subtext is sex, sex, sex. Even the little vignette above the title is loaded. And yet these high schoolers still come off as pure, wholesome kids. Neat trick. 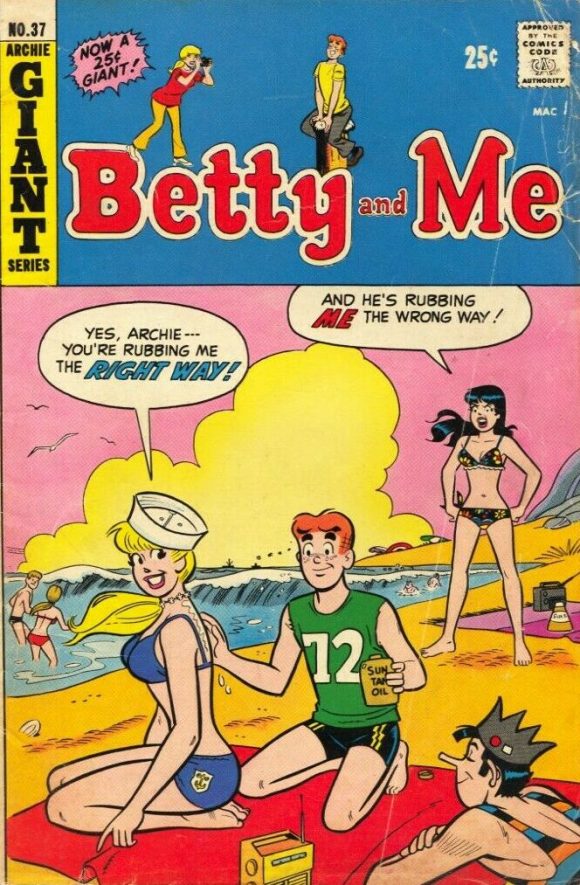 5. DC 100-Page Super Spectacular #4, DC. One of Bernie Wrightson’s most terrifying covers. And you kind of have to look twice to catch the sick gag: The beast is scary enough — but then you realize he’s totally squashed the woman who summoned him from netherworld. Be careful what you wish for, folks… 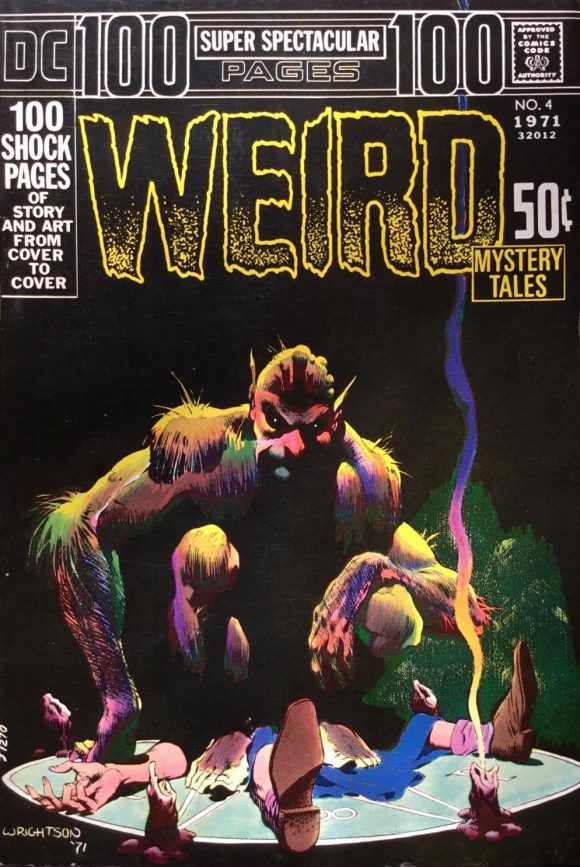 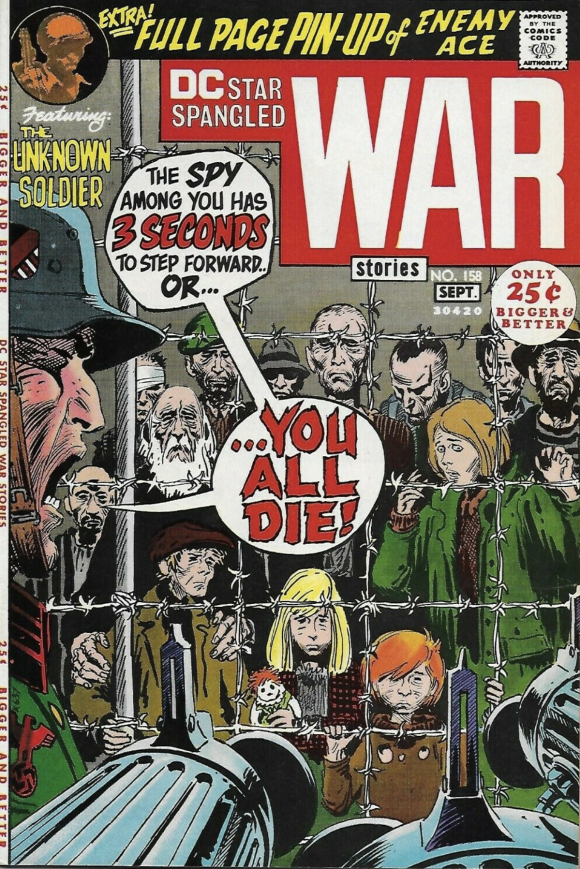 3. Batman #234, DC. One of the major highlights of the Denny O’Neil/Neal Adams partnership: the return of Two-Face after years on the shelf. And the story’s a real corker too. But it just goes to show what kind of month we’re having here when a famous cover like this is only third. 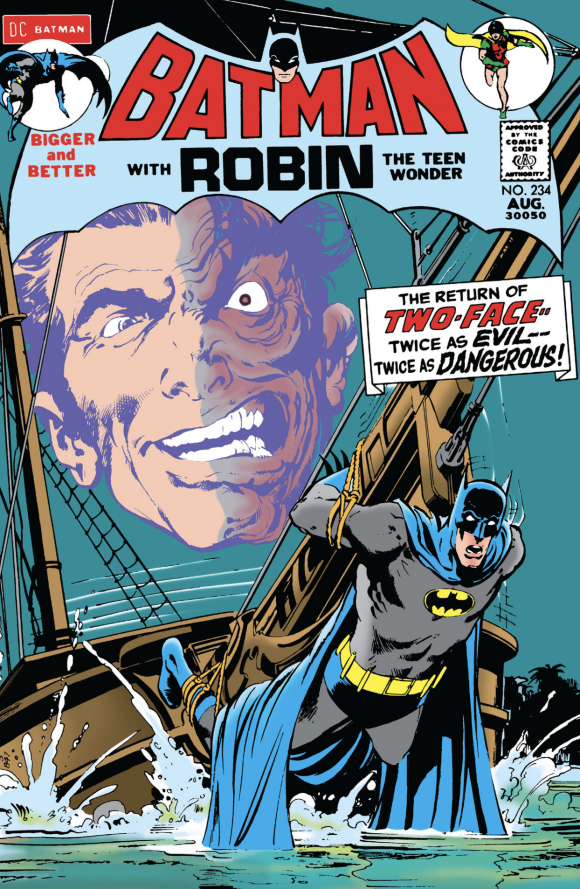 2. The Amazing Spider-Man #100, Marvel. Not just one of the greatest Spider-Man covers of all time, one of the greatest comics covers of all time. I’ve seen it a thousand times and yet it remains as striking as it did when it was first released. You just lose yourself in the negative detail, which plays so well behind the gorgeous, bright blue-and-red image of a crawling Spider-Man in the foreground. A masterpiece and from a purely aesthetic standpoint, my favorite cover on this list. John Romita and Frank Giacoia, ladies and gentlemen… 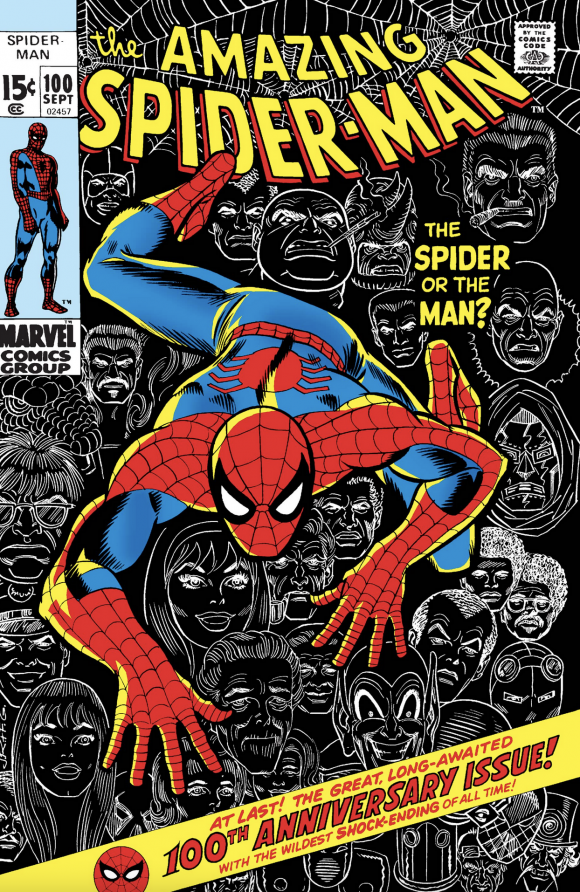 1. Green Lantern #85, DC. You just can’t argue against the sheer historical impact of this cover. The foundational Green Lantern #76 may have launched the era of relevance — and was instrumental in the rise of the Bronze Age itself — but this cover turned it up on blast. There is nothing subtle about this Adams piece and its shock value is matched by the two-part story that it advertises. Not just one of the best covers ever — it’s perhaps the most important. (Click here for Adams’ comments on it.) 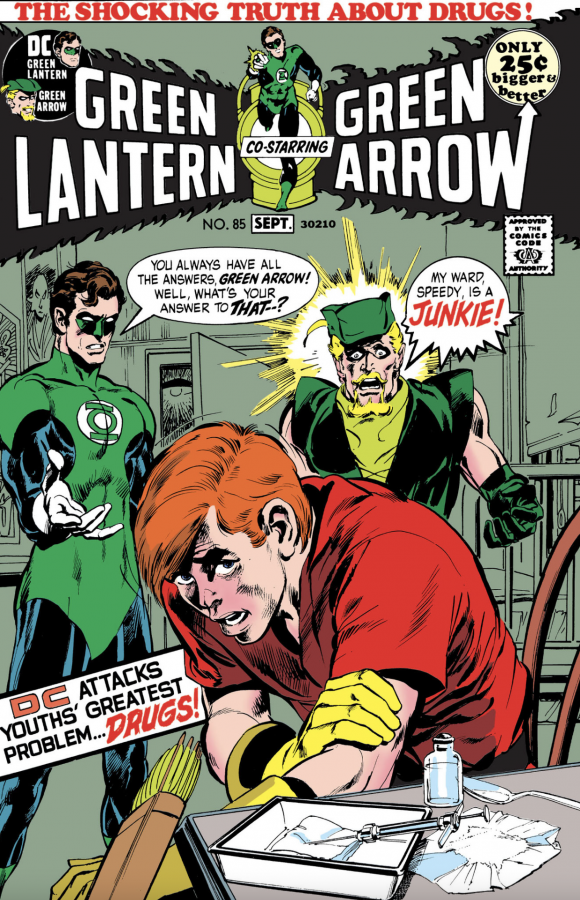