It’s NEAL ADAMS MONTH here at 13th Dimension, and we’re featuring daily commentary by Adams on his variant-cover project for DC Comics. Each of his 27 variants is a twist on one of his famous covers from the past. He provided the pencils, and the inks and colors were handled by some of the biggest names in the business like Walt Simonson and Frank Miller.

For yesterday’s segment, on how the whole project came together, click here.

Now, to Starfire #9 — out 2/10 — based on the brilliantly insipid Action Comics #400. The Starfire cover was inked by top-flight inker Scott Williams and colored by Alex Sinclair. 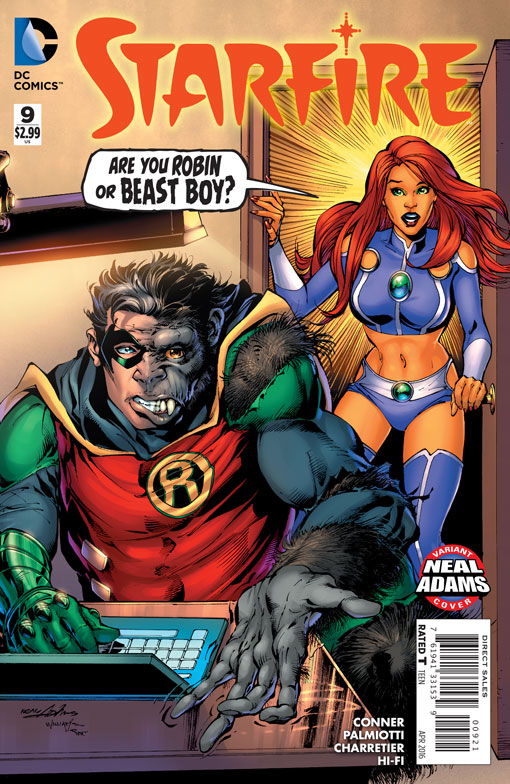 Inked by Scott Williams with colors by Alex Sinclair

Dan Greenfield: Starfire #9 is based on Action #400. (Both laugh) Action #400! Which is amazing to me, in that it’s a big anniversary issue and it’s basically Superman and his son who’s half a monkey. Which is funny to me because now, if it’s a 400th issue, they’ll practically have a brass band come in and tell you that the 400th issue’s here! If we ever get to a 400th issue now, with all the reboots that go on. But OK, let’s go…

Dan: Yes! Do you remember, was this your idea or was this an idea that was given to you?

Neal: I didn’t even wanna read the book! I get to turn him into a gorilla? Really? That’s all I wanted. Just let me do it. And half into a gorilla? That was even better! I was just, like, “Oh, can I do this? Mommy? Let me do this!” 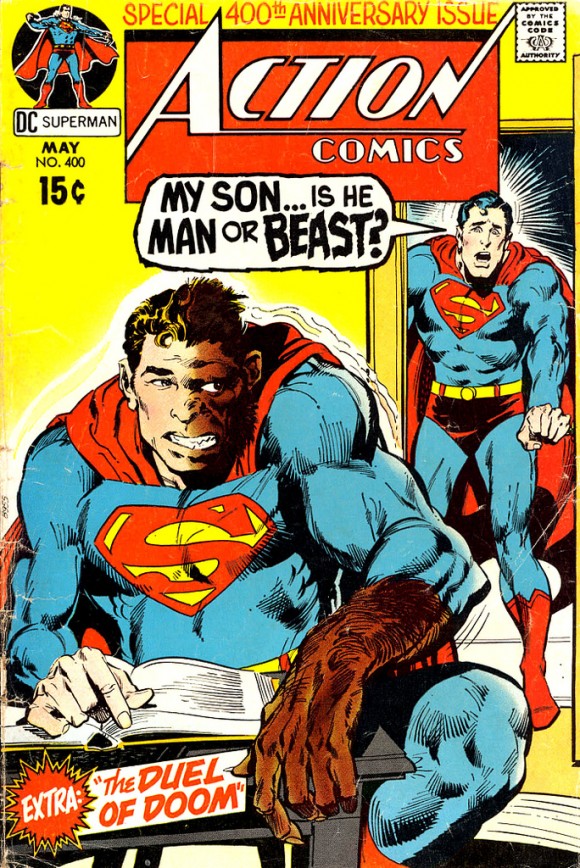 He gave this kind of very drawn-out answer about how sometimes it’s better to avoid the obvious and to go somewhere else and (so on) … It was a good answer and it quieted things down.

I waited for the mic to come back around to me and I took the microphone and I go, “Look. I wanna back up to his question, OK? You have no idea, OK, what his answer meant… and I’m gonna tell you: If any artist gets an opportunity to do a gorilla…he will do it!” (Dan and Neal laugh loudly)

There is NOTHING that will stand in his way to draw a gorilla! I guarantee if somebody said, “Can you put a gorilla on my cover?” He will DRAW the damn cover because gorillas are GREAT! You will draw a gorilla before you draw anything. Superman, Batman, anybody. “I can do a GORILLA on the cover?? ABSOLUTELY! Gorilla! Just give me a gorilla to do and I will do a gorilla!”

(I told them:) “The fact that he sacrificed the opportunity to draw a gorilla for you is such a mark of excellence that I can’t even believe it! I would not pass up the opportunity. If somebody wants to get up now and offer me a cover on which I do a gorilla, my answer is YES!” 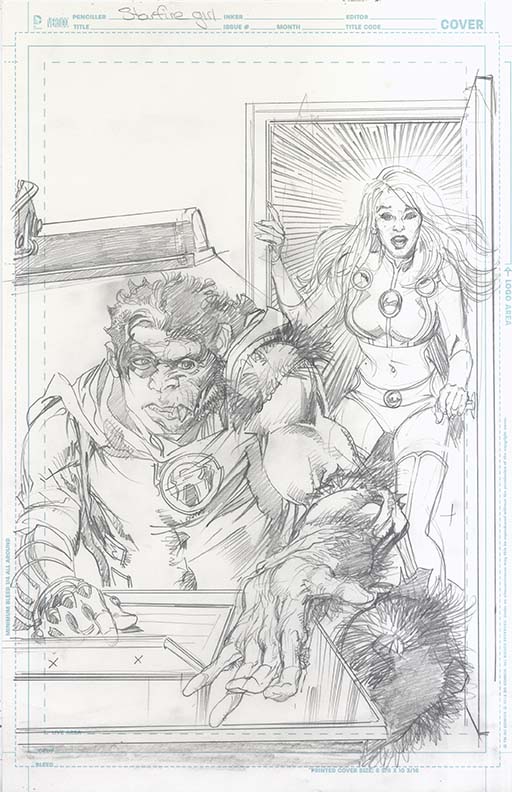 Dan (still laughing): So here we have…

Neal: It’s not only a gorilla, it’s HALF a gorilla!

Dan: And you have Starfire, who looks great by the way.

Neal: Thank you, thank you.

Dan: With Robin. And I like the updating that you did. Instead of him reading a book, he’s on his laptop. And what, is he counting with his fingers there? Is that what he’s doing? (Laughs) He’s doing something with his left hand.

Neal: This is what gorillas DO. (Dan laughs) That’s why you wanna do gorillas! Their hands are great, their faces are wonderful. 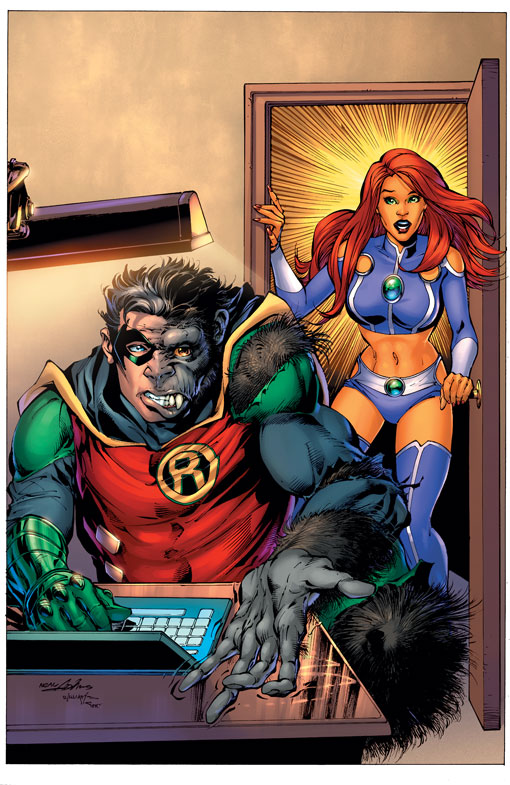