13 DAYS OF HALLOWEEN: A BEN COOPER A DAY 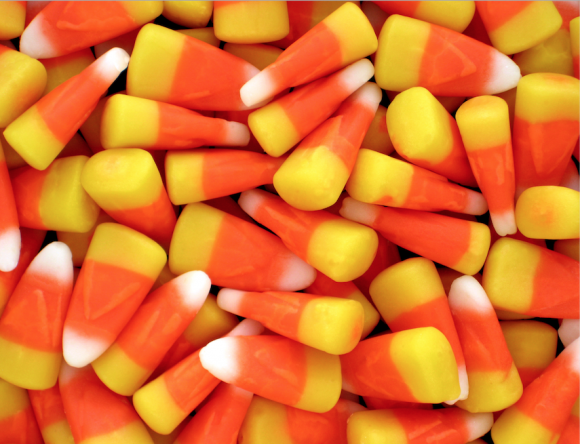 Where do you stand on candy corn? I like it but only this time of year. And I can’t eat too much of it in one sitting without feeling a little sick. But I don’t understand the weird hate some people have for it.

But that’s not why I’m here.

Now, for three years running I posted a selection of 13 Ben Cooper costumes you could find on eBay. (Click here for last year’s.) Readers seemed to dig it as much as I do and I was ready to do the same thing this year until I saw cartoonist Chris Ecker (Knight Watchman) post some costumes on Facebook.

And I’m telling you, the dude has a serious addiction: 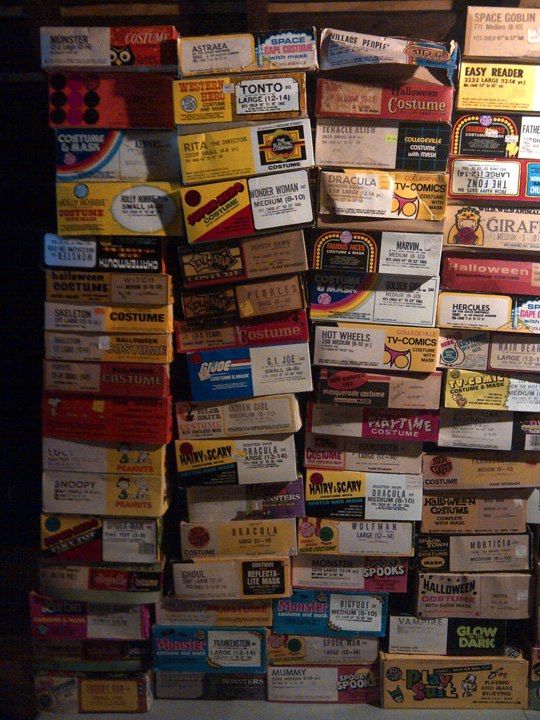 So I contacted him and he agreed to let me run pix of 13 of his costumes this year. But I’ve decided to take it a step further and post a costume a day to really get into the Halloween spirit with 13 DAYS OF HALLOWEEN: A BEN COOPER A DAY.

Ben Cooper was an essential part of mid-century kidhood and I had my share of outfits. I’ll get into that as we go along too because I imagine a lot of your faves will pop up, as well.

We begin with the world’s first superhero, Superman: 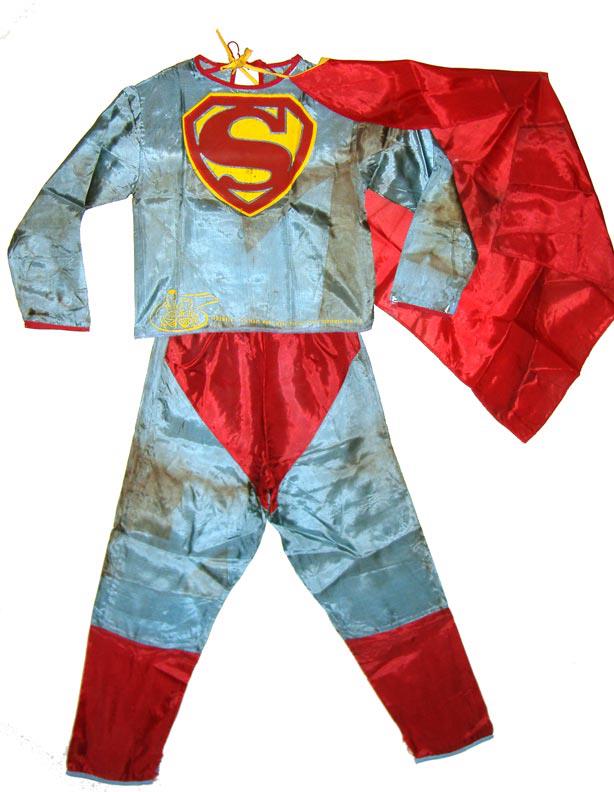 According to Chris, this 1959 outfit started his collection and it came in an a nifty, illustrated box with an 8-page Superman comic. 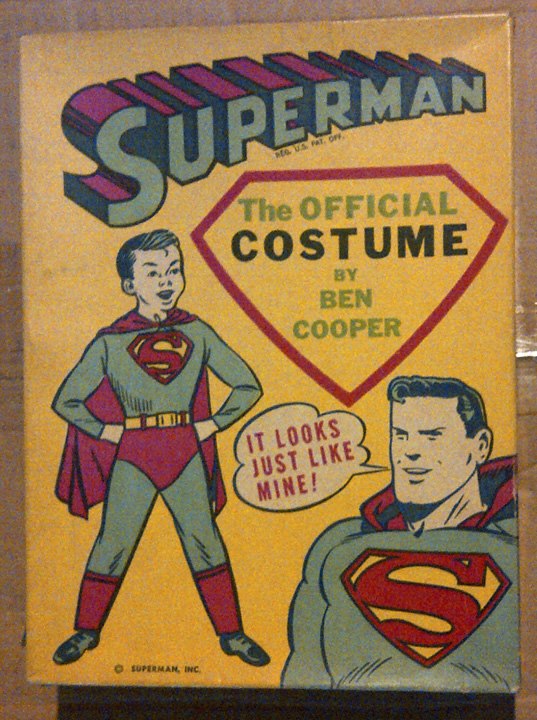 Looks very Wayne Boring to me.

In the early ’70s, I had a similar one but it wasn’t shiny and was made from a heavier-duty cloth. There are two things I remember about it:

… and the time I wore it into a field near the Tagliaferris’ house and I came back covered in ticks. I was told by my babysitter Marilyn and the older kids that they were drawn to the red cape. Could have been an old wives’ tale.