Ben Cooper, we have a problem…

Did you want to be an astronaut when you were a kid? Pretty much every mid-century kid did, right?

I know I did, at least briefly. I definitely wanted an astronaut costume.

But how horrified would you have been to open up the package to find … THIS: 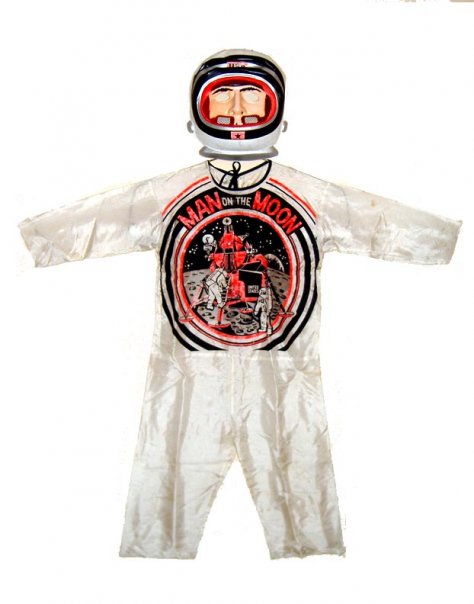 I mean, that helmet mask is great. Just terrific. I can see Little Johnny Astronaut at Woolworth’s, begging Mom for that costume with the cool astronaut mask peeking out of the window box on the shelf.

Then imagine the tears of anguish when Little Johnny got home and opened it up and saw the rest of the costume:

MAN on the MOON?!

Oh, c’mon. This is a crime against imagination. Taken on its own merits, that illustration is pretty snazzy, what with the satin white, black and bright red coloring. But what kid who wanted to be an astronaut didn’t want to have an astronaut’s jumpsuit? Especially once we put a man on the moon?!

Ben Cooper sometimes really overthought things. I totally get tapping into the zeitgeist. That was the company’s brilliance. But this. Sigh.