Falcon! (And if you get that reference…)

Since the last two days were truly disturbing (click here and here — if you dare) I promised that today would be something a lot nicer.

In fact, it’s twice the nice: 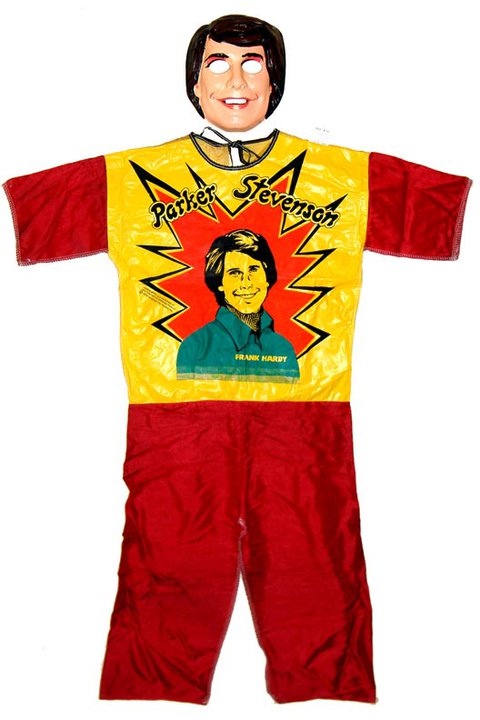 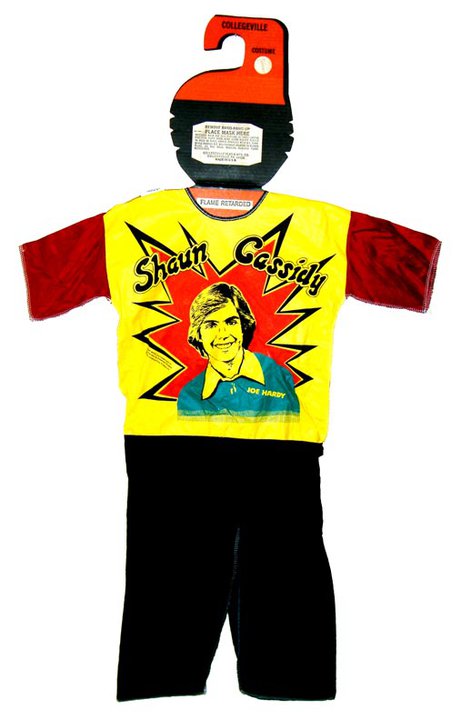 Yes, it’s the Hardy Boys — Parker Stevenson’s Frank and Shaun Cassidy’s Joe. They really don’t get much more saccharine than this. Unless you’re talking about the Smurfs or My Little Pony or Strawberry Shortcake or something. (Then again, Kirstie Alley did once thank Parker for slipping her the big one.)

Anyway, these wholesome detectives next door were all the rage in the mid-’70s, to the point where Shaun had a hit single by sucking the life out of the Crystals’ “Da Doo Ron Ron.”

Now, these aren’t actually Ben Cooper costumes. They’re Collegeville costumes. The two companies were competitors and it wasn’t a pleasant affair, as I understand it. But the aesthetic is very much the same: Mask and jumpsuit that doesn’t even try to emulate what the characters would wear — just a big, flashy picture of said character on the torso.

I don’t remember where I saw it, but someone made the point that designs like this were more for grown-ups than the kids: If Johnny wants to be Parker Stevenson for Halloween and knocks on the Nebbercrackers’ door, then Old Man Nebbercracker could at least say, “Oh, you’re Parker Stevenson” and Johnny goes away happy, with his mini box of four stale Milk Duds and the knowledge that his subterfuge was a success.