And here we are, a week away from Halloween. Time to get superhero-y again! 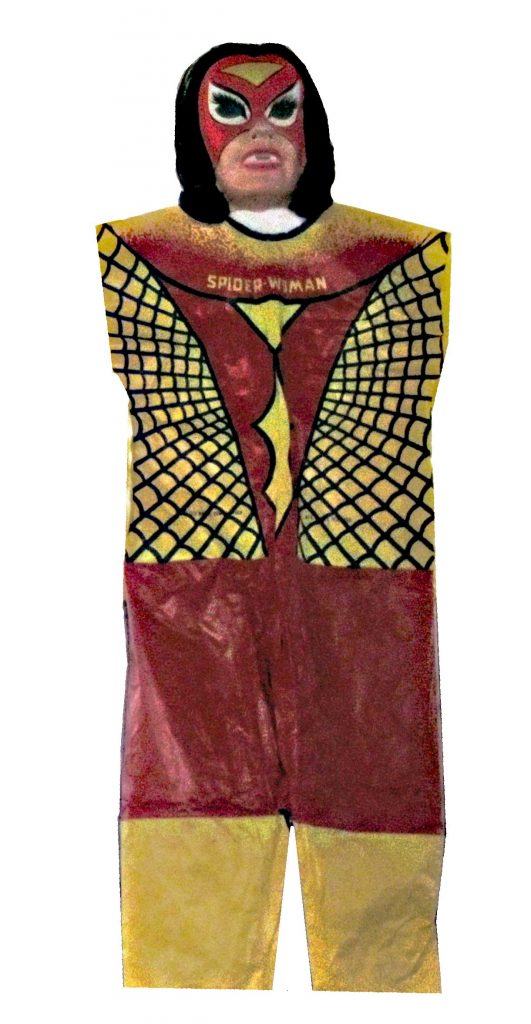 This is another pic from cartoonist Chris Ecker’s enormous collection and I’m choosing to show it off because A) I had no idea this existed when I was a kid, and B) I really wanted a Spider-Man Ben Cooper costume and never got one. At least I don’t think I did.

Spider-Woman is notable in that she’s actually more on-model than Spidey himself: 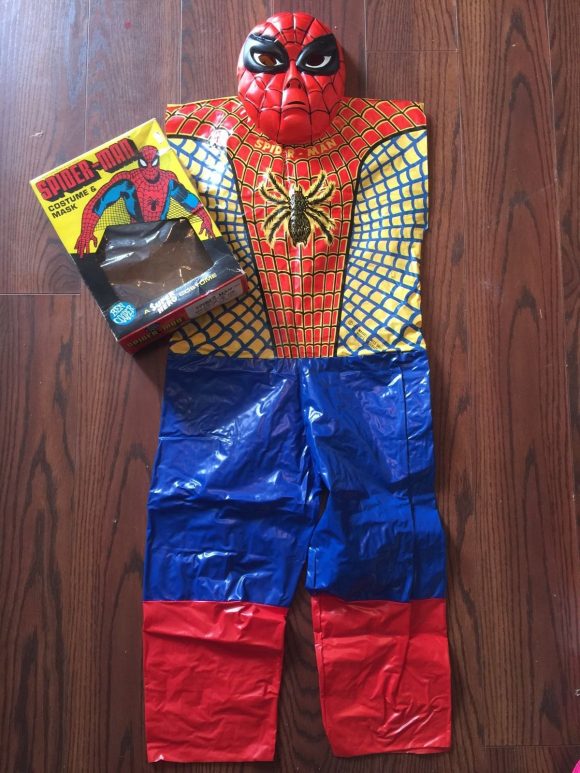 This is actually on sale on eBay right now. Not from Chris’ collection.

I particularly like the restraint shown in only the modest notation that this is a Spider-Woman costume. 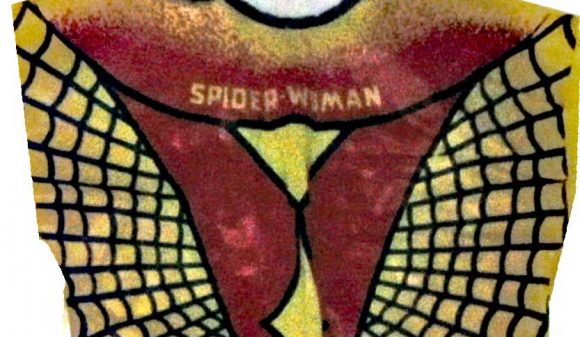