It’s the anniversary of the show’s premiere…

UPDATED 1/12/21: The 1966 Batman TV show premiered 55 years ago! This year, we bring you not only our annual presentation of THE TOP 13 BATMAN ’66 EPISODES — RANKED, but also the late Adam West’s guest-star wish list. (Click here.) In addition, we have an INSIDE LOOK at a groovy custom Batman ’66 Batcave playset that you can own. (Click here.) The intro to the countdown below was written in anticipation of the show’s 50th anniversary in 2016 but it holds up just as well today. Dig it. — Dan

When I started doing this website in 2013, I knew I was going to write about Batman ’66. I just didn’t realize how much. Since then, we’ve already had, I think, three BATMAN ’66 WEEK celebrations, not to mention contests, podcast discussions, a broad variety of feature stories, as well as rides in the Batcopter and Batmobile. I’ve spoken at length with writers and artists and sculptors and superfans and merchandisers and reviewed a Batcave’s worth of Batswag.

Most importantly, I’ve had the joy of interviewing Adam West, Burt Ward and Julie Newmar. 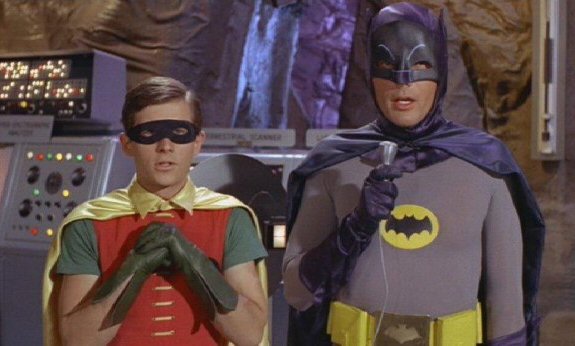 I love doing this. But with the 50th anniversary looming, I tried to think of something I haven’t done yet. And then I realized that I’ve never ranked my favorite episodes. I generally don’t do that sort of thing but I really wanted to celebrate the best of the best of the show.

To the Batcave! Click the links below for features on each episode!

9. A Piece of the Action/Batman’s Satisfaction

1. The Purr-fect Crime/Better Luck Next Time