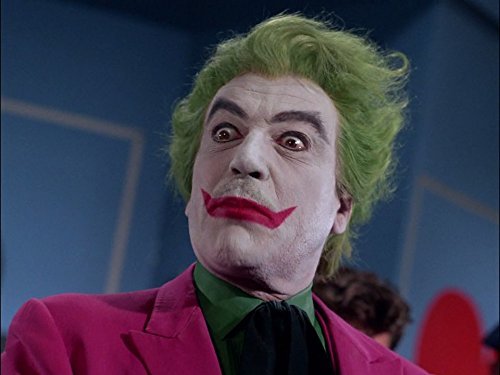 Pop Goes the Joker/Flop Goes the Joker. Shout-out to my wife Wendy, who really only tolerates the show but likes this episode a lot. It’s easy to see why: It’s a sharp parody of a ripe subject — pop art, with the Joker playing a Warholian artistic genius with a secret, larcenous agenda, and Diana Ivarson as Baby Jane Towser, his moneyed muse. 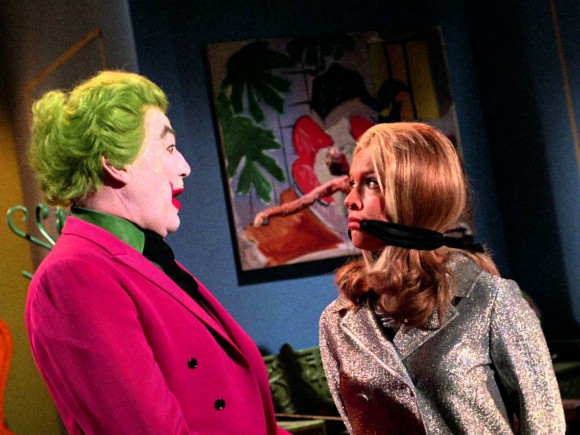 Part of what makes it so great is that it’s a scheme that very much plays to the Joker’s schtick. Instead of a more random gimmick, like stopping time, the idea of the Clown Prince of Crime fancying himself a master of art is very much in character. (So much so that Tim Burton repeated the idea in 1989.)

Plus the episode has some rip-roaring gags. The art contest alone — “I kind of like what the monkey did” — is some of the funniest, smartest slapstick the show ever produced.

And the payoff at the end, with the Joker discovering — and then getting trapped on — the Batpoles is brilliant camp.

But there’s so much more in between:

— I always like it when you get a Batman-Dick or Bruce-Robin team-up as a change of pace. It’s a nice shift in the dynamic, as it were.

— Bruce taking the piss out of the Joker during art class is sly work by Adam West. (As is the way he takes in the art contest.)

— The Joker shrieking when Batman surprises him in his lair, foiling his plan, is rewind-rewatch-rewind-rewatch priceless.

— This episode also has one of the absolute best death traps: the mobile with the whirling machetes, backgrounded by colorful playing-card suits done up in Daliesque melted imagery. 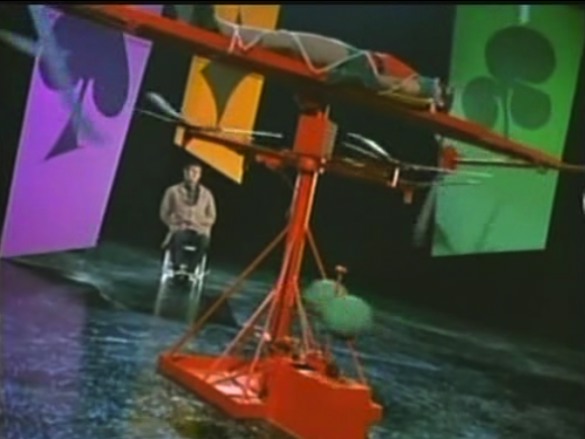 All in all, it’s a wildly entertaining romp that is fitting for the Joker and demonstrated that the show still had some gas in the tank near the end of the second season.