The Andre the Giant graphic novelist will be at Asbury Park Comicon — which we’re sponsoring — on April 12-13. Every day until the show, we’re spotlighting someone or something special you should check out!

I was secretly born and raised in New Jersey! Now I live in Philly though, so don’t tell anyone.

How are things going with Retrofit Comics?

Things are going pretty well.  I think the artists we’re working with this year are all amazingly talented.  I really enjoy playing the role of editor.

What have been some of the unanticipated successes? Obstacles?

Unanticipated successes? I don’t know. Ha ha. The fact that we still exist AT ALL I consider to be an unanticipated success. Too many obstacles to count! It’s all a struggle with barely any reward except helping to birth new art into the world.

What comics works do you find yourself reading repeatedly as time goes on? Why?

Chris Ware’s work for sure.  I re-read Acme Novelty Library often. I love the Rusty Brown story.  I just think Ware is working on a different plane than the rest of us. I find his work challenging and beautiful. 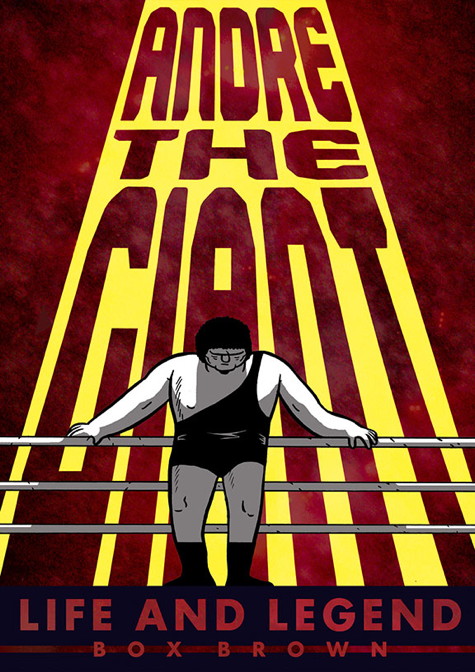 Let’s talk about Andre the Giant. What about his story made you think it’d make a great graphic novel?

I read a story about how Andre the Giant at one point got a ride to school with playwright Samuel Beckett. I made that into a comic and then things steamrolled from there. I’m a huge wrestling fan so every bit of research was fun for me.

I’ve always been told that as a comics fan, I should love it but I just never saw the appeal — though I do admit a certain fondness for the Fighting Samoans. But I know guys who can tell you hometowns, signature moves, the whole shebang. Are you one of those guys?

What three comics out now should people be reading?

What was your first comic? Still have it?

I think some Uncanny X-men.  I do not still own it.

My Chris Ware tattoo of course: 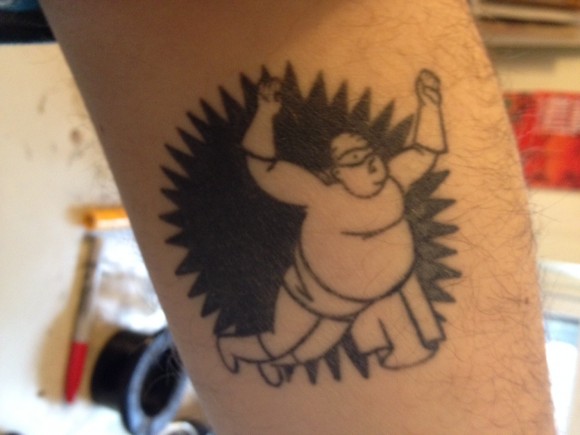