The Xenozoic Tales and Prince Valiant storyteller talks high adventure, great cartooning and an awesome car.Mark Schultz will be at Asbury Park Comicon — which we’re sponsoring — on April 12-13. Every day until the show, we’re spotlighting someone or something special you should check out!

Anyway, here’s an ASBURY PARK COMICON SPOTLIGHT interview with cartoonist Mark Schultz, the creator of Xenozoic Tales and the writer on Prince Valiant, as well as some of his spectacular art. (And check out our previous interviews with Evan Dorkin, Denis Kitchen and Stephanie Buscema!) 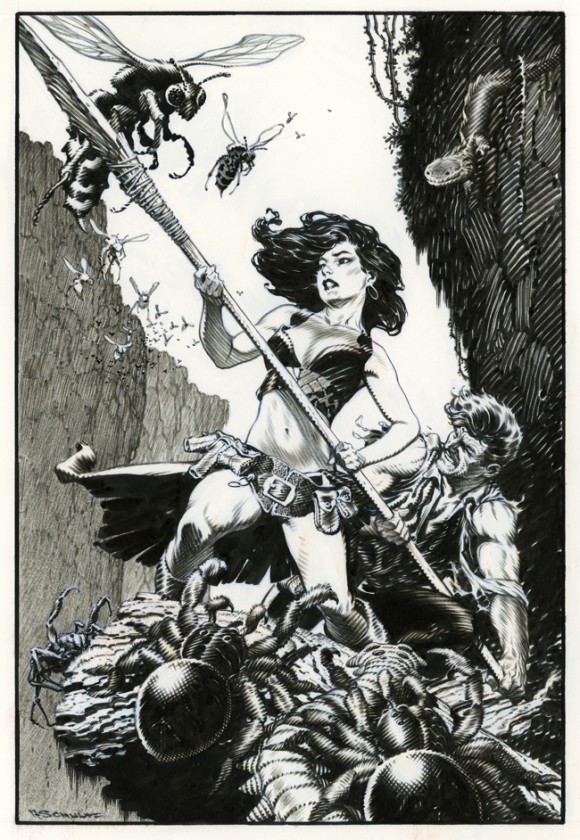 Mark Schultz: Before I came to my current station in life I worked long years as a college security officer, developing my powers of patience and forbearance and honing my skills for directing traffic and reasoning with drunks. All of which has made me the man I am now.

As different as they may be on the surface, Xenozoic Tales and Prince Valiant both share that otherworldly sense of adventure. When you started the first, did you ever imagine you’d do the second?

Xenozoic is very influenced by Prince Valiant, but of course there is no way that I saw myself becoming a part of the greatest adventure strip ever. There have only been three writers for Prince Valiant since its inception in 1937 — I’m a prime example of being in the right place at the right time. 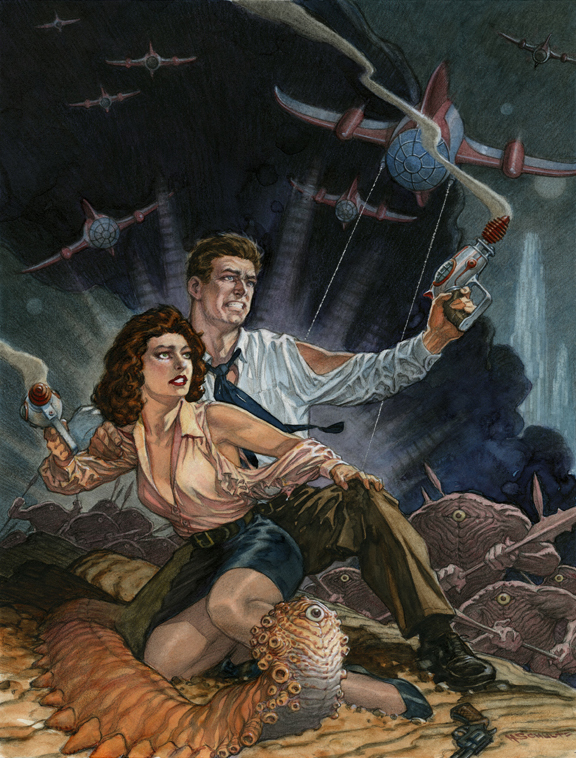 Were you a reader of Prince Valiant as a kid?

Absolutely. It’s one of the first strips I can remember catching my attention and the first I clipped and saved. Pasted the strips into a big photo album — with Elmer’s Glue, no less.

What comics do you keep up with?

Urrgh — I hate that question because I’m always going to inadvertently leave out something I want to mention. Honestly, I don’t keep up with contemporary comics half as well as I should, but — how about Kate Beaton’s Hark! A Vagrant? Hashtag laugh out loud, every time.

What do you think of today’s independent comics scene?

Keeping in mind my above disclaimer, it seems to be on a healthy uptick these days. Aesthetically, anyway — what I see indicates more variety than ever before. Unfortunately, I don’t think it’s getting any easier to make a living as a cartoonist. 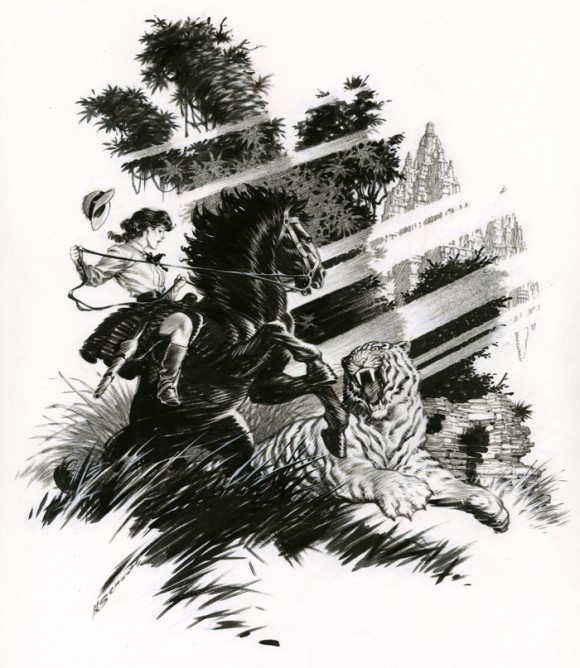 What would you rather ride? A Cadillac or a dinosaur?

I like my dinosaurs as real flesh and blood beasts — as opposed to fantasy critters — so I’ve got to go with the luxury, comfort and dependability of the ’53 Eldorado. Plenty of power when needed, coupled with above-average handling. Dinosaurs, like rhinoceroses, are best viewed with the top up.

You’ve occasionally ventured into the realm of the Big Two. Pitch us one great mainstream superhero story you’d love to tell. Pick any character and go to town.

Geez, you’re making me switch to a thinking cap I haven’t worn in years. Let’s see … perversely inspired by Vladimir Putin’s invasion of Crimea and claims that it belongs to Russia:

Aquaman (or Sub-Mariner) invades and claims great swaths of terrestrial earth as possessions of Atlantis, rationalizing that it all was once under sea. As with the Ukrainian situation, official opinion is so hamstrung that Aquaman/Namor gets away with it. Superman and Wonder Woman (Thor? The Inhumans?) support Atlantis, all other superpowered individuals take issue, leading to much superheroic head-banging.

Some character of middling to minor importance dies. The political geography of the DC (or Marvel) Universe is forever changed. I think that covers all the important story beats. 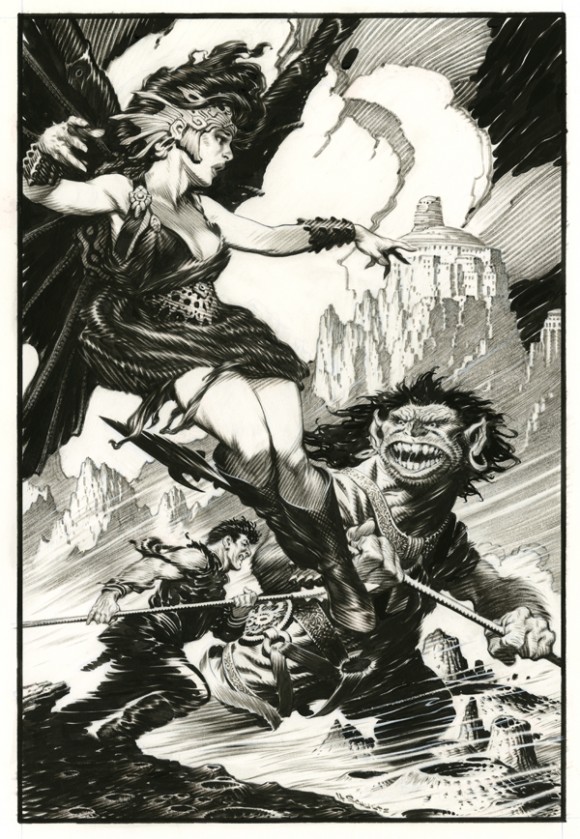 Comics storytelling bootcamp: Familiarize yourself with these and you’ll be able to put everything that’s come since into perspective.

The single book that most influenced the direction my drawing would take was Richard Lupoff’s “Edgar Rice Burroughs, Master of Adventure,” in part because it was illustrated with wonderful ink drawings by Al Williamson, Reed Crandall and Frank Frazetta. One of my favorites was a Williamson/Crandall collaboration featuring John Carter in battle with a Barsoomian green warrior. Many, many years later I was able to trade with Al for the original. It’s in my collection and it means an awful lot to me.