Convention season is the best time of the year for the comics fans and we’re really happy to be an integral part of it.

In case you were unaware, 13th Dimension is presenting, along with our parent Crucial Entertainment, two great shows this spring on the East Coast — the New York Comic Fest in June and, just next month, the ASBURY PARK COMICON on April 12-13!

You gotta come! Why? Because aside from the 180 or so tables of dealers, an awesome cosplay contest, a big line-up of panels and other entertainment, we have some of the absolutely best guests the comics world has to offer!

OK, enough of the hard sell. Here’s the thing: If you’ve at all enjoyed what we’ve been doing here at 13th Dimension since we launched in October, then you’ll love this show.

Between now and the con, we’ll be running daily ASBURY PARK COMICON SPOTLIGHT coverage. Interviews! Features! Panel info! It’s like a Convention Before the Convention!

All this in addition to our regular ongoing commentary and news stories!

Come along for the fun and we’ll see you in Asbury Park! Ticket info is right here. 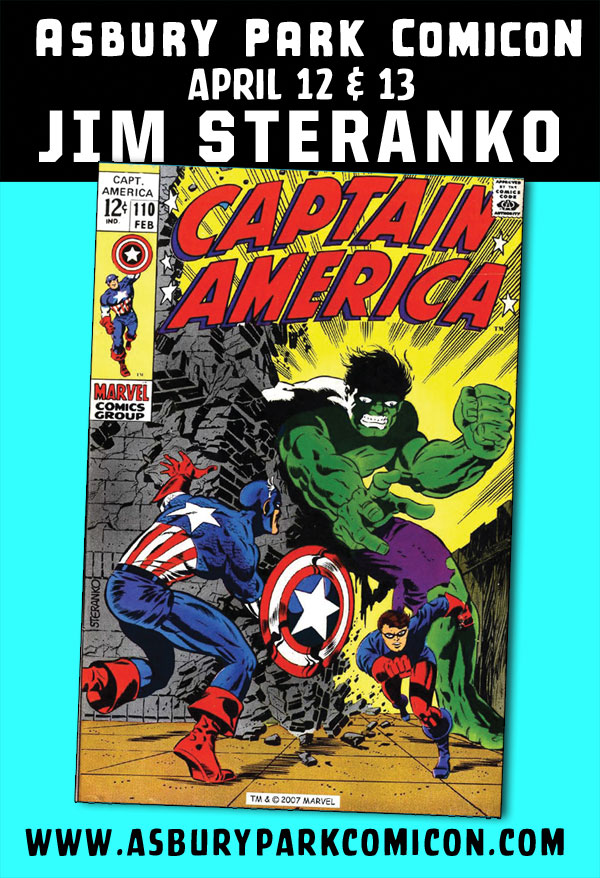