Evan Dorkin will be at Asbury Park Comicon — which we’re sponsoring — on April 12-13. Every day until the show, we’re spotlighting someone or something special you should check out! 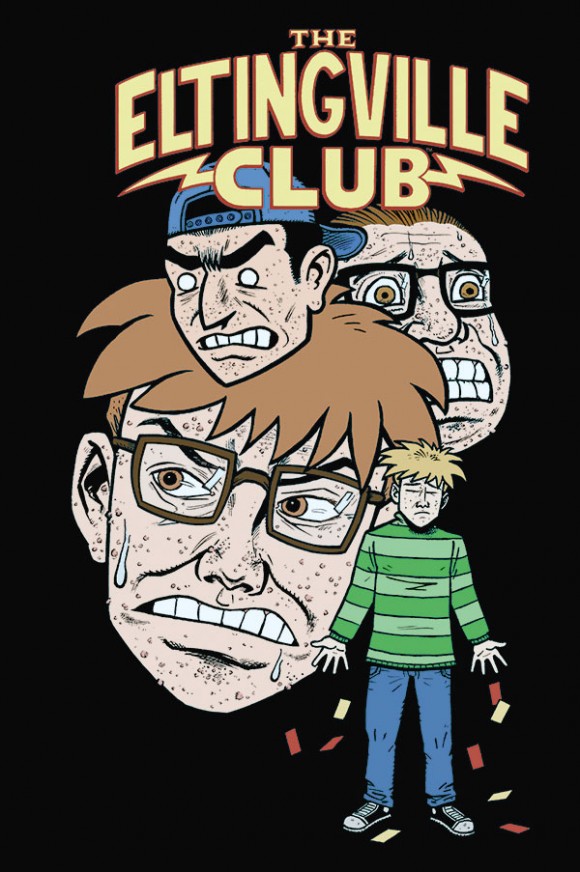 Evan Dorkin: My parents had sex. Not much of a secret, they have the records at Brooklyn Hospital if anyone cares. 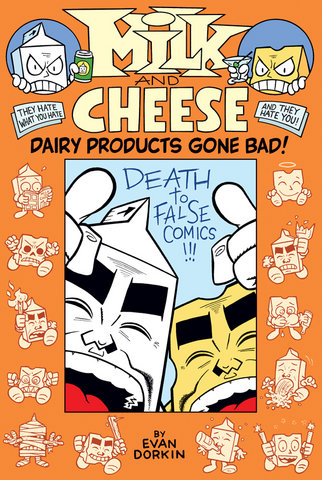 Pick one: Milk or cheese?

I can’t pick one, they’re a package deal, not sold separately.

You write a lot about comics fandom. What’s the creepiest encounter you’ve ever had?

The strangest people I ever dealt with in comics were some of the customers in the two comic shops I worked at back in the ’80s, the Fantastic Store and the first Jim Hanley’s Universe on Staten Island.

There was this one guy who was really difficult to deal with, he was pretty out there and a real pain in the ass. A couple of times when we saw him coming in from the street we’d rush for the back room and whoever got locked out had to wait on him.

He was fixated on Supergirl and when Crisis on Infinite Earths came out and the character was killed he got really upset and just wouldn’t let go of it. He’d ramble on to no one in particular about how DC was going to pay for what they did to her and how it was a mistake. He was like a minor-league super villain plotting revenge. He called her “Linda Lee” instead of Supergirl as if he knew her personally. Pretty intense.

I’ve met a few comics professionals that have creeped me out pretty badly. It’s easy to forget that professionals are just fans who got in and remain fans. You don’t level up in personality just because you’re paid to make the comics. 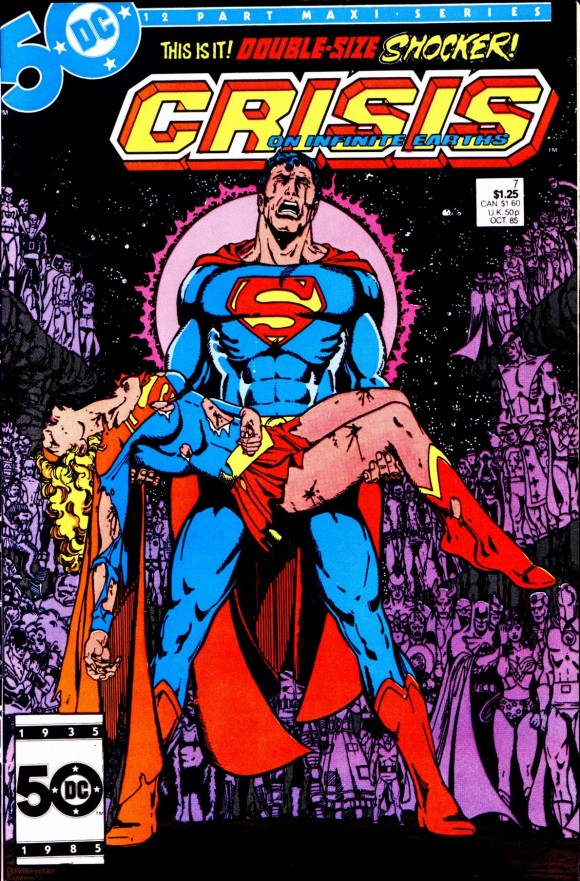 What’s the worst thing you’ve had to deal with in writing about fanboys? Besides interviews like this, I mean.

The reaction from some fans can be really nasty and personal. But it’s not like I’m being chased around conventions by angry fans with pitchforks and torches or anything. 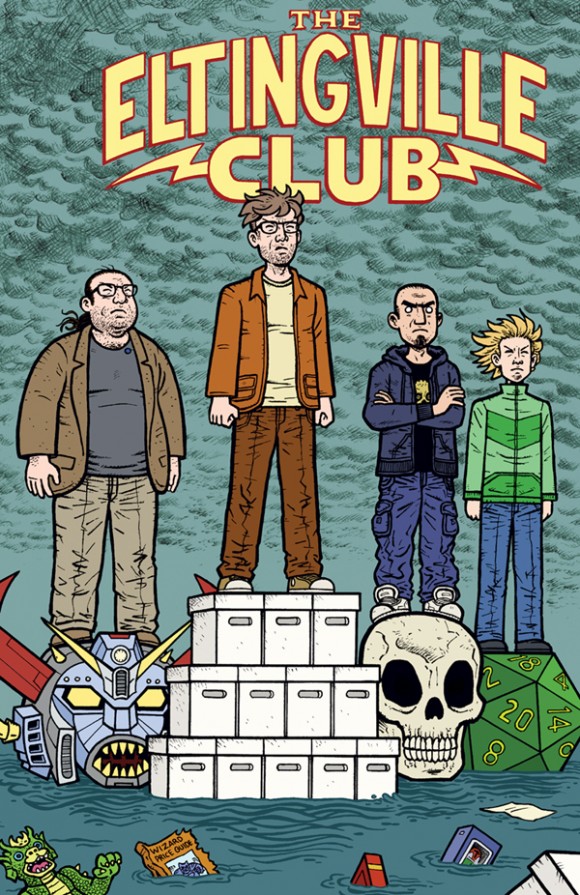 As hard as it may be to admit, what comic do you like that would surprise people?

I don’t know — Sailor Moon? Cardcaptor Sakura? I read all kinds of comics — old, new, manga, autobio, superhero stuff, horror, strips, kids’ comics, whatever. None of them are hard for me to admit to liking. I have a 9-year-old daughter but before she was born we had old Archie comics in the house, Little Audrey and Harvey comics.

Good cartooning is good cartooning. Give me a pile of comics and I’ll go through whatever you have, Casper to Crumb.

The floor’s yours: Tell us all about the new Beasts of Burden.

Beasts of Burden is about a group of dogs and cats who defend the town of Burden Hill from the supernatural. It’s a sometimes funny, sometimes sad, sometimes gory horror/fantasy/adventure comic with beautiful painted art by Jill Thompson. The newest one-shot is called “Hunters and Gatherers,” it deals with a menace in the woods that’s attacking local animals but can’t be tracked because it’s invisible and leaves no scent trail. There are free stories on the Dark Horse Comics website if anyone wants to check it out. 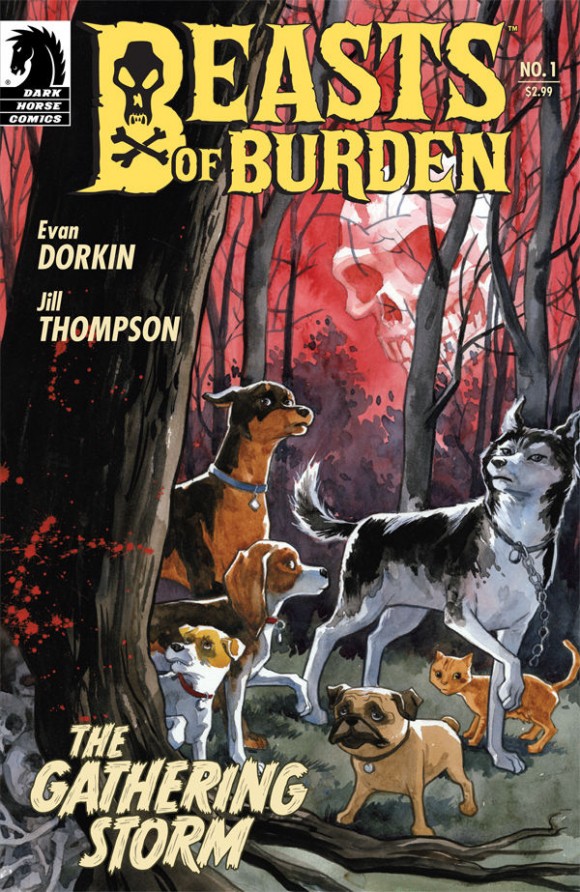 What was your first comic? Do you still have it? If so, is it bagged and boarded or slabbed?

I don’t know what the first comic I read or owned was. The first ones I remember buying for myself were Spider-Man, Fantastic Four … and — I think — Marvel Tales. I remember how hard it was to choose four titles for a dollar, because I wanted every Marvel on the spinner rack and kept spinning it slowly around and around as if some sign from above would arrive to choose for me. I don’t have any of those comics now, I sold all the comics I collected as a kid to pay rent back in the ’80s.

Are you sentimental about anything in comics?

Cripes, all sorts of stuff: Sunday comics sections. Spinner racks. Old quarter bins. Old comic shops that were messy but friendly. Little Nemo’s in Queens. Going to the Green Ghost in Brooklyn to buy back issues. Old-time conventions. Fanzines. Actual fan mail. Marvel/DC superheroes before they started raping and dismembering one another. Mad Super Specials with stickers or stamps or a record or comic insert. The Comics Journal in magazine form. Marvel Value Stamps. Steve Gerber/Gene Colan Howard the Duck comics. Marvel calendars. Newsprint. Bonus pin-ups. Archie Goodwin. Jack Kirby. F.O.O.M. Comics in grocery shops and newsstands. Newsstands. Letters pages. Mego 8-inch superhero action figures. The comics I read as a kid, even if I don’t actually want or like most of them now.

I’m a sentimental idiot, especially when it comes to comics.

Want more Evan Dorkin? Yes, you do. Hit up his Tumblr here.