Toy Fair is a smorgasbord for comics fans, with an avalanche of new merch that celebrates our fave characters — and has us reassessing our budgets for the year.

But among all that cool stuff — and you can read about a lot of it here — there’s always that one thing that jumps out at you, the one thing that gets to you most viscerally. 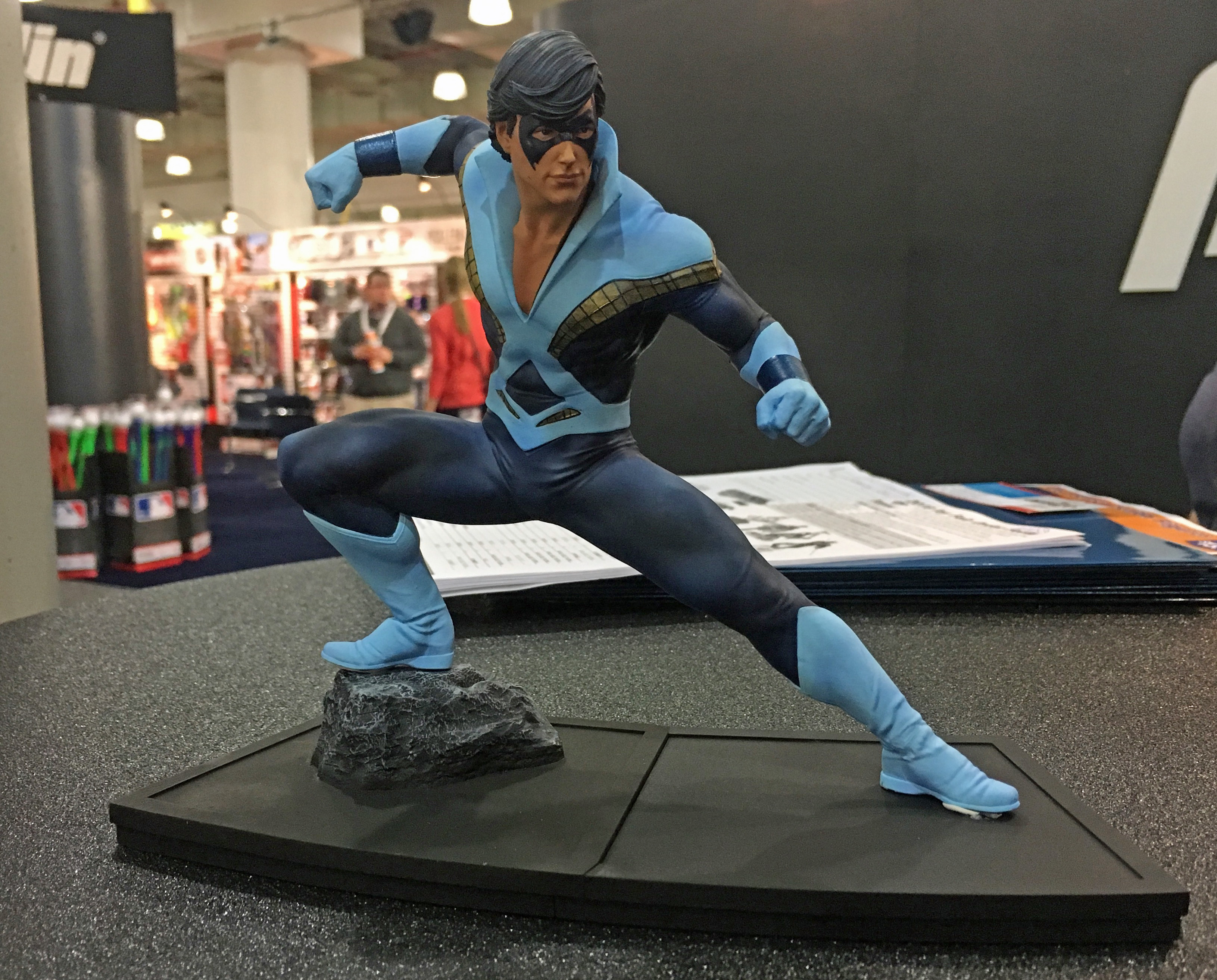 Irvine, Calif-based Icon Heroes didn’t have a booth at Toy Fair. Instead, the Nightwing statue was in a small window display at Diamond’s set-up — along with three others connected to The New Teen Titans: Raven, Cyborg and Deathstroke.

If you were paying attention, though, it was hard to miss and the helpful folks there helped me get these shots to show you what’s coming: 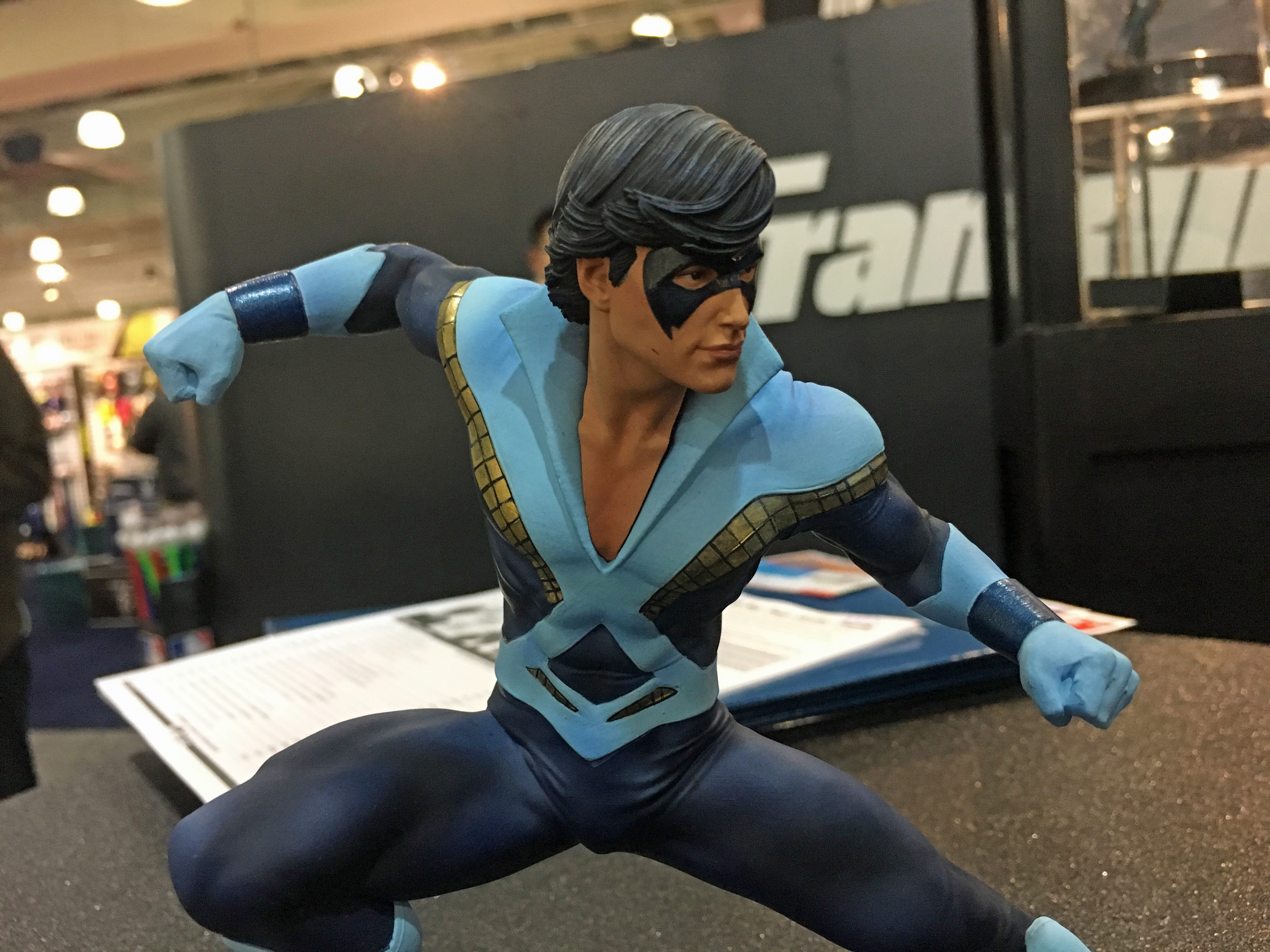 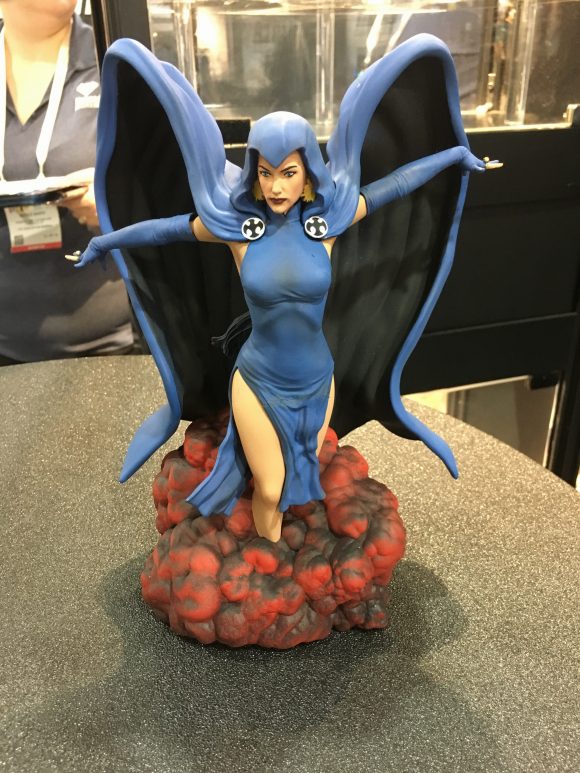 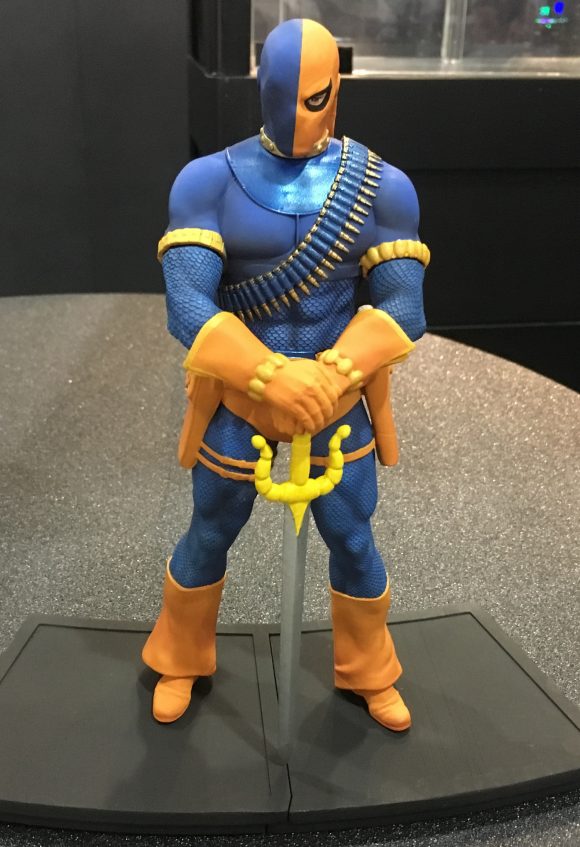 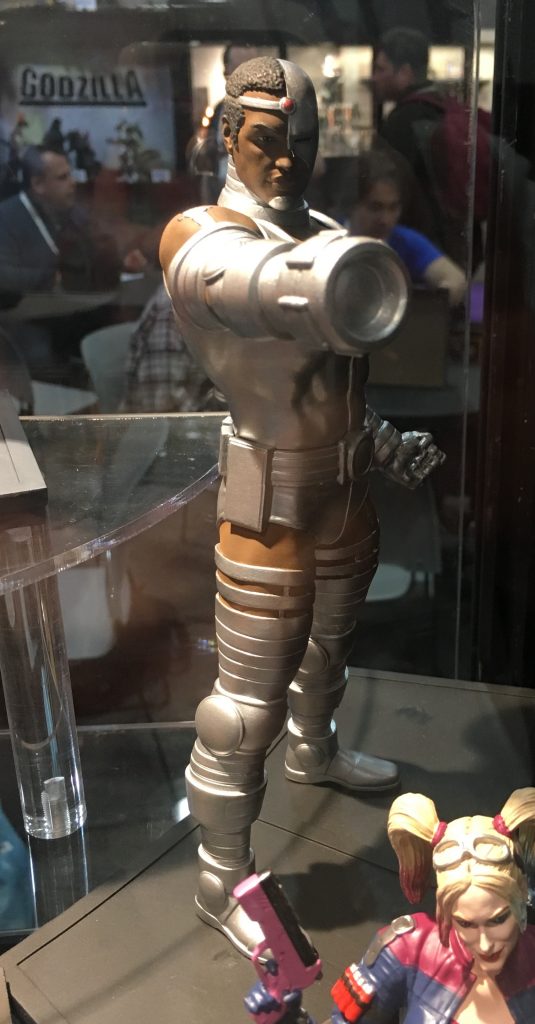 They’re all sweet but for me, it’s all about Nightwing.

I was 17 when Dick Grayson changed identities and it was such a big deal. I was the perfect age for it too, on the edge of adulthood myself.

It’s worth noting just how sharp the statue makes the outfit look, proving everything’s contextual: The suit has been sometimes been maligned as being too silly or too much of its time. But as with Perez’s own artwork, this piece makes classic Nightwing look cool. 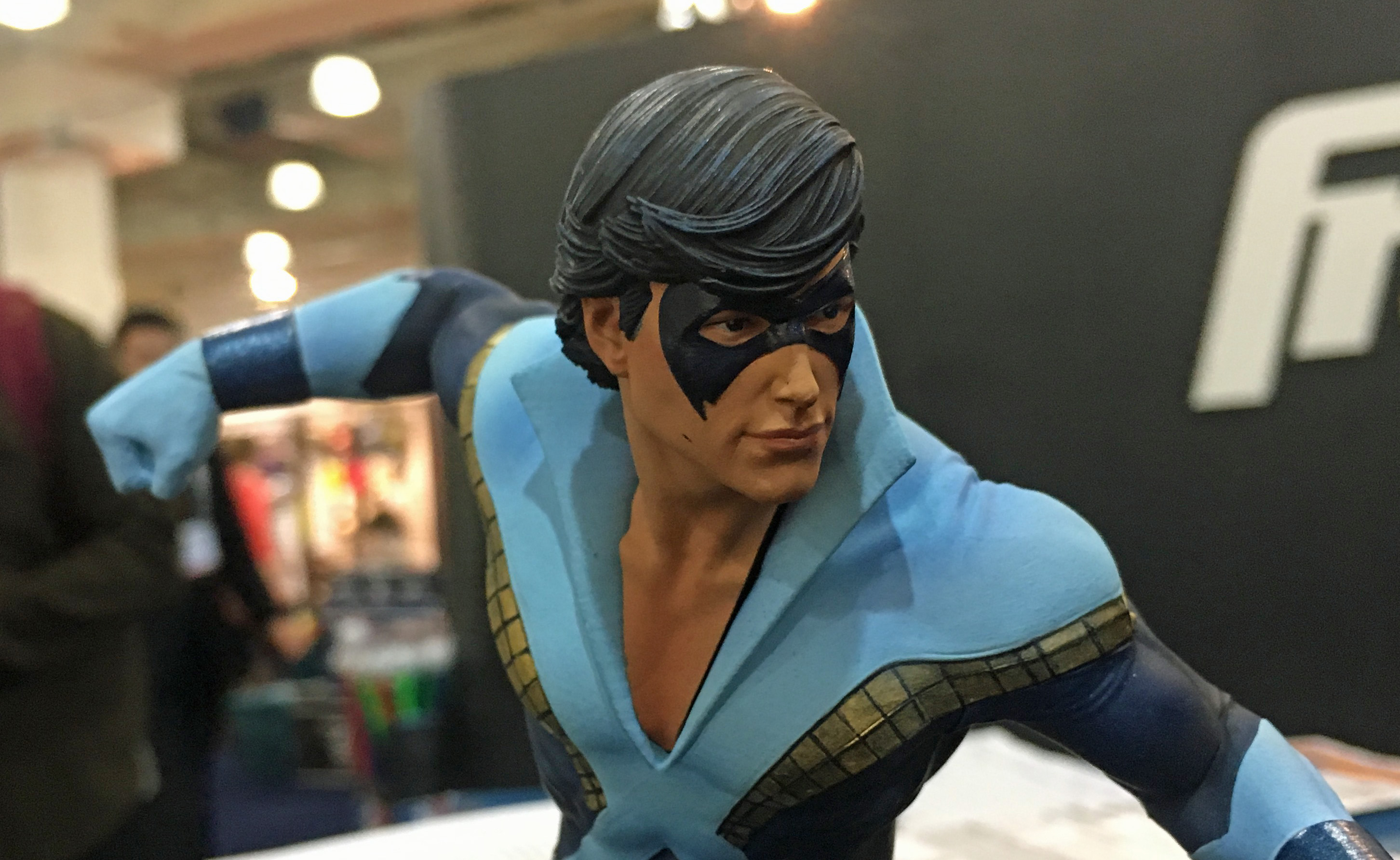 The resin statues are 8-inch scale — and will list for $65 each, which is a relatively low price. They’ll start rolling out this fall. Obviously, if all goes well, more will be coming, too.

It’s great that the Titans are making such a splash these days, particularly the Marv Wolfman/George Perez version that remains the team’s best iteration: As we showed you here and here, DC Collectibles has a statue line coming too, and there are no less than two NTT action-figure sets out there by other companies. DC has also been routinely reprinting the stories in multiple formats.

It makes sense. DC’s got a live-action show in the pipeline (click here) and Teen Titans Go! To the Movies is set for a summer theatrical release. Both are rooted in Wolfman and Perez’s creative DNA. Also playing into all this is the looming return of Young Justice, another version of the team. Plus, DC Comics is expected to revamp its Titans titles.

What it comes down to is that it’s a really good time to be a Titans fan.

And this Nightwing statue is a sterling example why.