PLUS: An EXCLUSIVE behind-the-scenes look at the collectible that broke the Batman ’66 corner of the Internet this month!

The fix was in. I admit it.

The very first new item I saw at Toy Fair in Manhattan this year was the Batman ’66 Shakespeare bust at the Diamond Select booth.

And as soon as I saw it, I said, “This is it. This is the Winner of Toy Fair — unless something somehow tops it,” which I knew even then was highly unlikely. 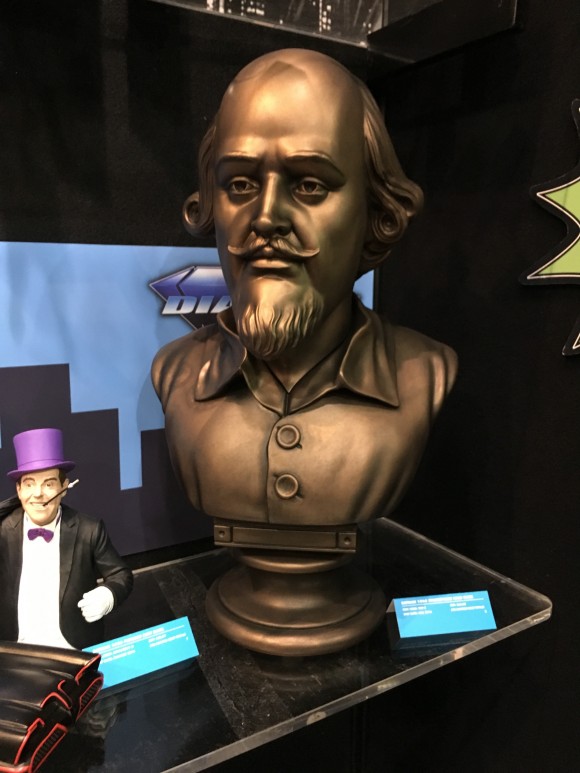 Mind you, I saw some pretty great items (click here for a rundown of the best) but nothing that matched ol’ Willie Shakes for the sheer magic I felt when I first saw him — and tilted back his head.

See, that’s what toys and collectibles are supposed to do, right? Give you that giddy feeling? Or just plain get you excited?

So now Shakespeare joins past winners Motorcycle Catwoman (click here) and The Atom (click here). And, yeah, I’m guilty of a DC bias, but these are emotional decisions and I am, at heart, a DC guy.

Now, naturally, I wanted to know more, and judging by the incredible response when we first broke the news about the bust, so did you. So here are some answers from Diamond, some more of my own thoughts and a behind-the-bookcase look from the item’s designer, Paul Harding: 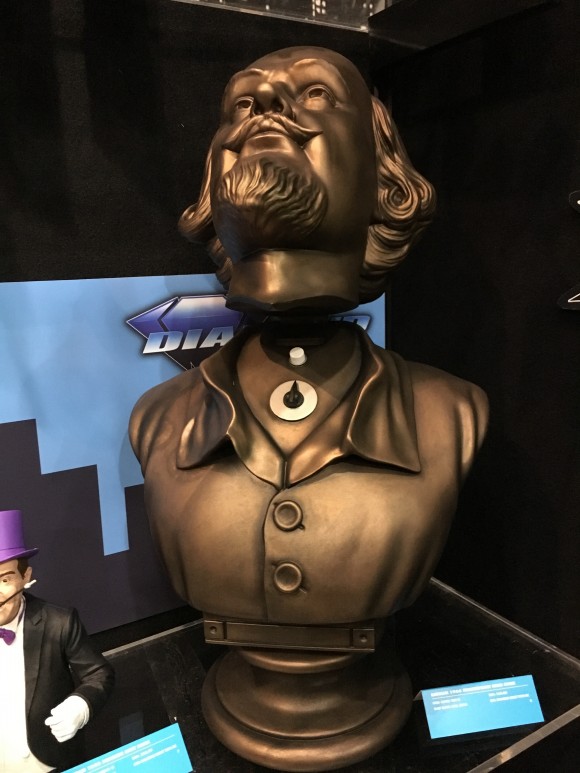 First and foremost, a lot of readers sniffed that this item was made of plastic and not wood or bronze or what have you. To set the record straight, and for what it’s worth, it’s made of vinyl — and a heavy duty vinyl at that. When you see it up close, you don’t know what it’s made of until you touch it, and when you touch it, you feel it’s heft.

I’m not in the business of shilling for any company, but I will tell you that this is a quality item, judging by the prototype. If you’ve waited your whole life to put William Shakespeare in your study and flip back his head to reveal a button and dial, there are worse ways to spend $65. (It’ll be out later this year. Autumnish.)

Will said dial move and button be able to be pressed? Not likely. Me? I couldn’t care less.

And the fact it’s a bank? You can only see the slot when you flip the head. It’s hidden in the very rear of the neck, above the faux works. It’s unobtrusive, mostly in shadow. Only a true stickler or someone willing to spend hundreds on a custom job should turn their nose at this thing. (Personally, I kind of like that it’s functional in some fashion. It makes it that much more clever.)

Now, here’s Harding, with his take: 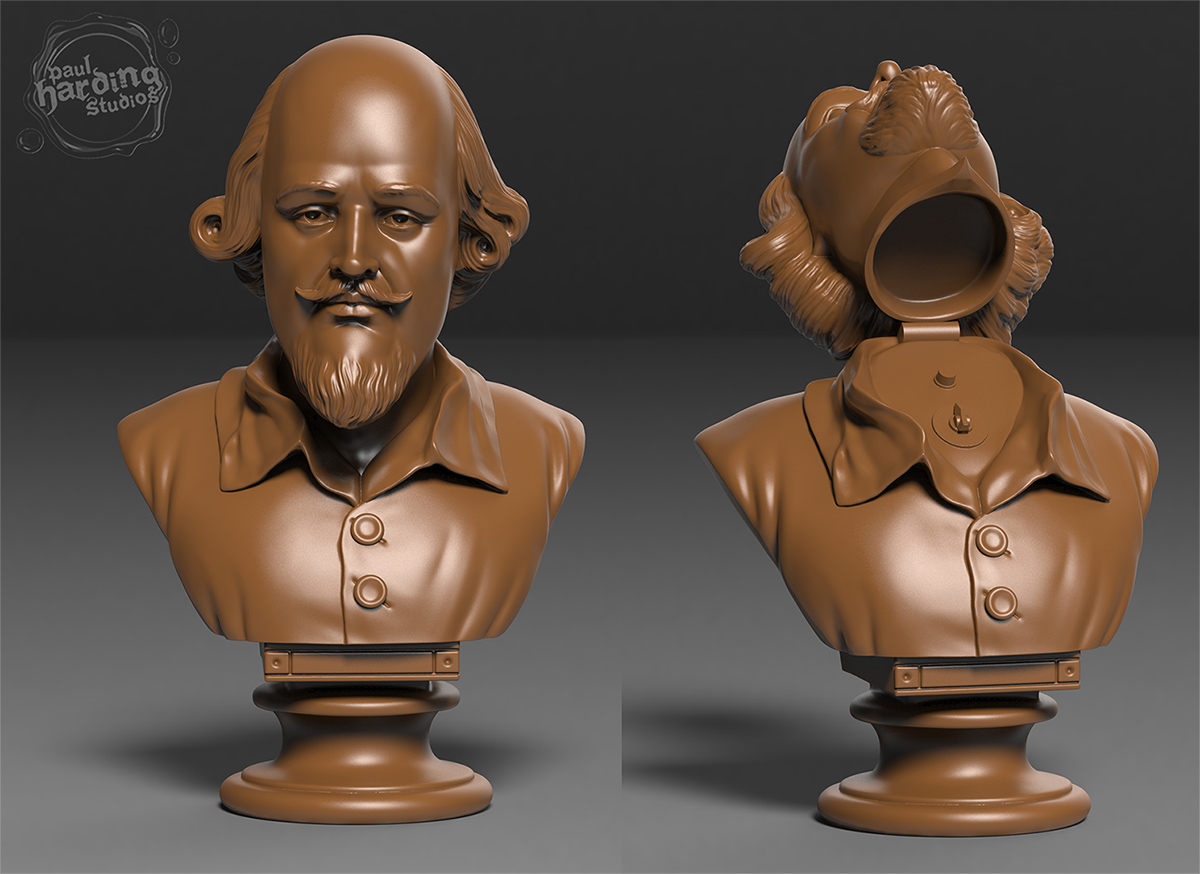 “I ended up on this particular job with Diamond Select Toys because I had just come off of the Alien Cookie Jar, the Captain Kirk bust bank, and the Deadpool model kit. I guess they liked what I was doing,” he said.

“It was all fun for me and approvals happened very easily.  There is always a challenge meeting deadlines, making sure parts fit together, and ensuring that articulation functions, but I think the biggest challenge was for Jason Wires, who 3D-printed it for us. It took something like 130-plus hours and then he had to sand and paint it. All in time for Toy Fair.”

I did want to know Harding’s Bat-bona fides and he didn’t disappoint:

“I love the (1966) movie but The Joker is Wild is a classic. Anyone who knows me understands that I’m a Joker guy.”