Sure, there are higher-ticket items. Sure, there’s fancier merchandise. But this year, let’s get small.

I had an absolute blast at Toy Fair this year and saw a LOT of great stuff. Every year, I wonder how it can get any better to be a collector and every year, it gets better.

Last year, I was blown away by Motorcycle Catwoman, whom I anointed the winner of Toy Fair 2014. This year, it’s another item from DC Collectibles, but one that’s just about the polar opposite:

The Atom, from the forthcoming Icons line. 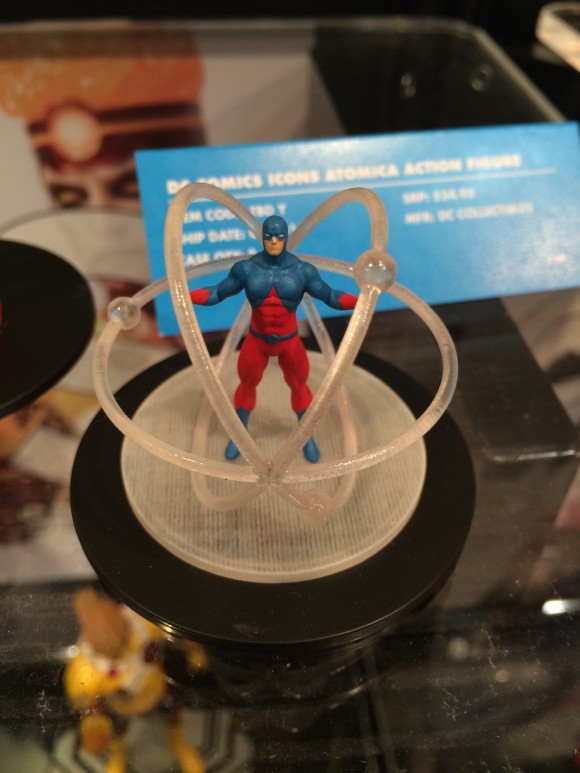 Or, more specifically, the mini Ray Palmer figure that comes with the Atomica figure (and which also includes a small Ryan Choi Atom). 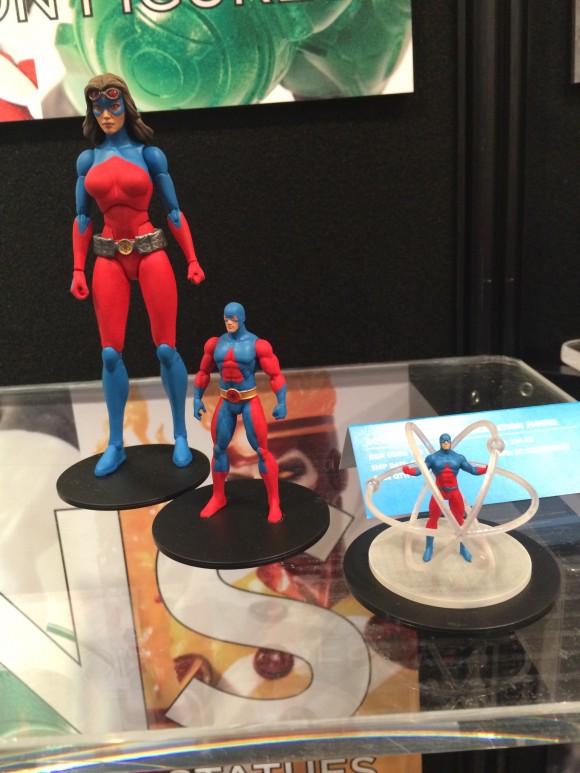 By now you may think I’m pulling your tiny little leg but I swear this is the thing that got me the most excited — at a show where we saw a tremendous Batman: The Animated Series Batmobile, terrific Planet of the Apes figures, charming bendable Batman ’66 figures, gorgeous Avengers statues and many, many versions of the Tiny Titan’s Marvel counterpart, Ant-Man.

But when I saw the Atom, surrounded by three electrons, doing his best Gil Kane pose, I plotzed. 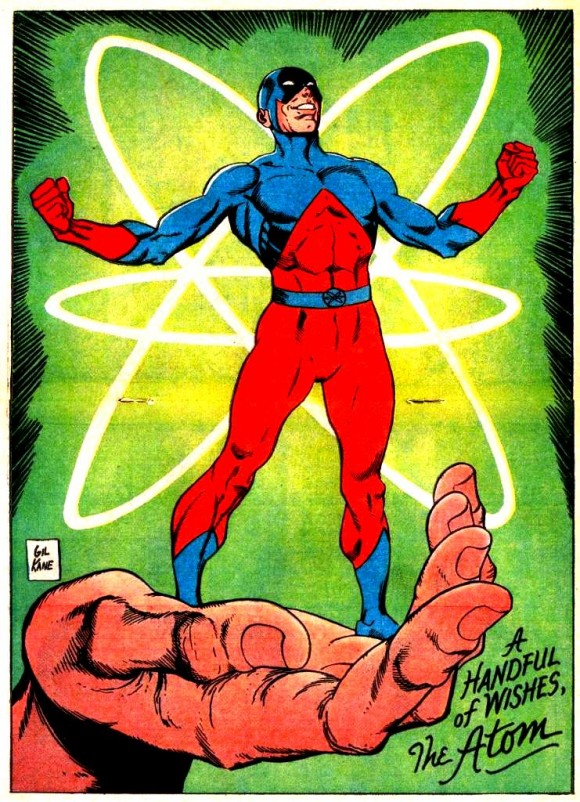 From The Atom #26, which also featured the Bug-Eyed Bandit, who will be played by Emily Kinney on TV’s “The Flash” and who looks nothing like a dude with a goatee.

We’ve had tiny Atoms before — the best being the seated version released by DC Collectibles’ forerunner — DC Direct — back in 1999. 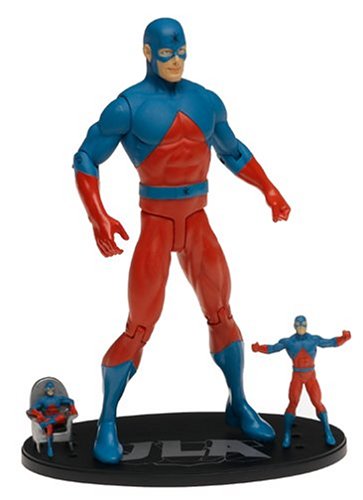 The chair was a staple of Silver and Bronze Age Justice League meetings: 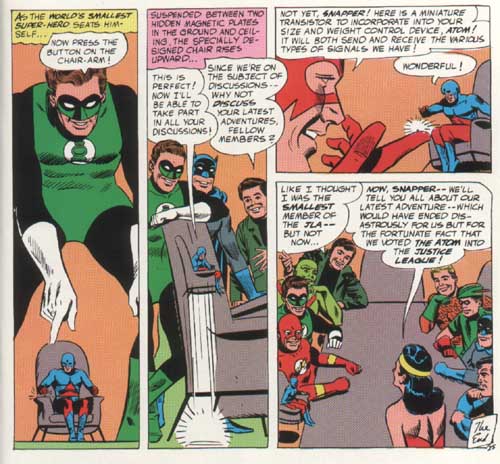 From our friend Scott Tipton’s Comics 101.

The bottom line is that I really appreciate the ingenuity that goes into a figure like this: It’s not just the size and pose — it’s the total package with the whizzing electrons. It’s a small thing, pardon the pun, but it’s not at the same time. And it’s emblematic of Toy Fair itself — a trade show about fun.

The only drawback? I have to wait a year for it to come out. Hmm, I have a birthday in February 2016 …

P.S. My high-school-student son pointed out that, according to the Periodic Table of Elements, those three electrons orbiting the Atom make him akin to lithium — which the always-reliable Wikipedia describes as “a soft, silver-white metal belonging to the alkali metal group of chemical elements. Under standard conditions it is the lightest metal and the least dense solid element.” Science!