It’s Day 2 of San Diego Comic-Con, so we bring you PART 2 of the celebrated Mr. K’s groovy con scrapbook… 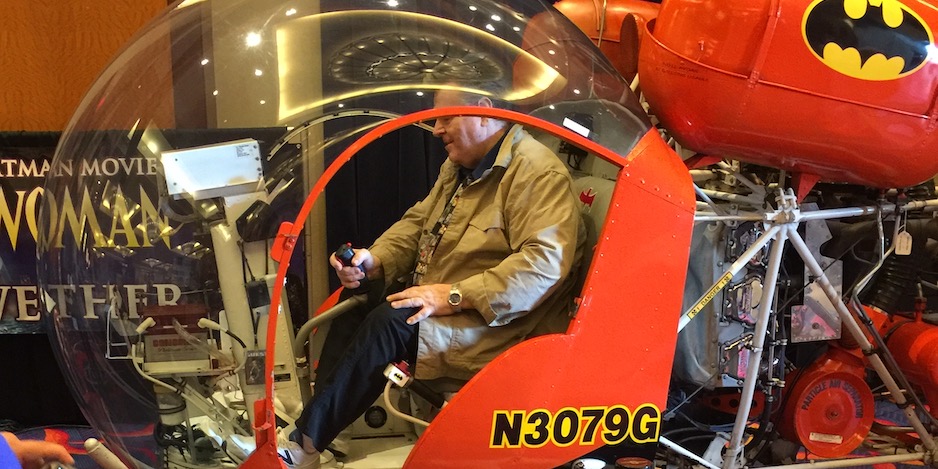 Hot off my iPhone, here’s another batch of photos taken during my 51 years (!) attending comic cons. As I noted in PART 1 of MY COMIC-CON SCRAPBOOK (click here), I’ve made an effort in recent years to take pictures of and with my icons, friends, and colleagues (not to mention the celebrities whose paths I’ve crossed); pre-smartphones, I almost never bothered taking a camera to conventions and now I regret all those moments not recorded.

Here then, MY COMIC-CON SCRAPBOOK — PART 2:

TerrifiCon (2017). A treasured moment that shows why I want these pictures: This Connecticut convention appearance by then-California resident, Emmy Award-winning writer Martin Pasko (August 4, 1954 – May 10, 2020) would be the last opportunity I had to spend in-person time with one of my oldest and dearest friends. Also with us is Keith Giffen, with whom we had both collaborated over the years. 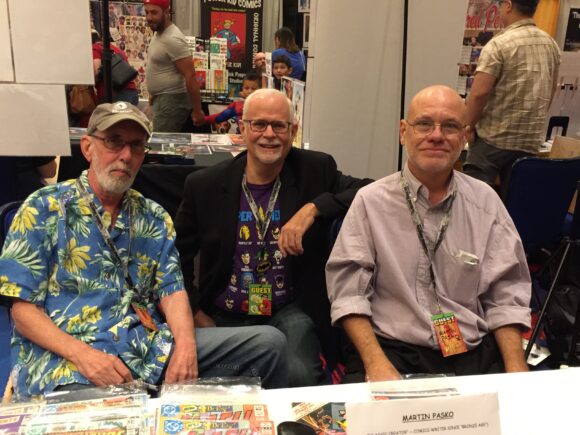 TerrifiCon (2018). Writer David Michelinie and I line up for thumb inspection while we wait for the judging of the Hawaiian Shirt Contest. 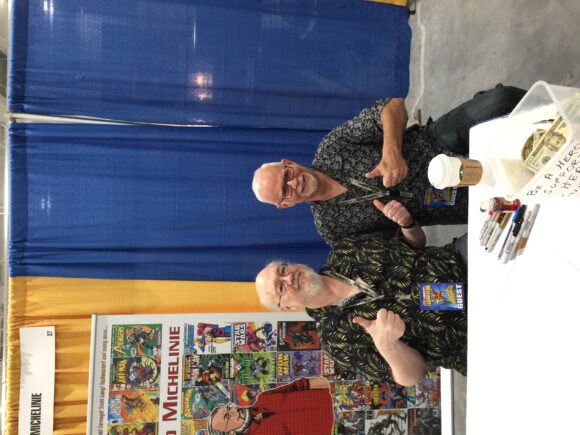 TerrifiCon (2019). I didn’t even bother entering the 2019 Hawaiian Shirt Contest when I saw what I was up against from writer/editor Marv Wolfman’s entry! 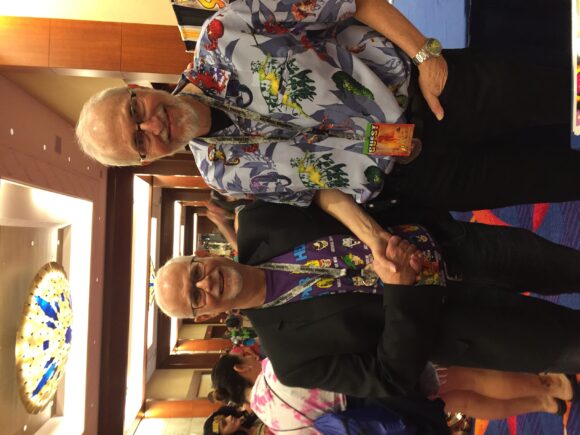 TerrifiCon (2018). With the one and only master of the pen and brush, the great Joe Sinnott. 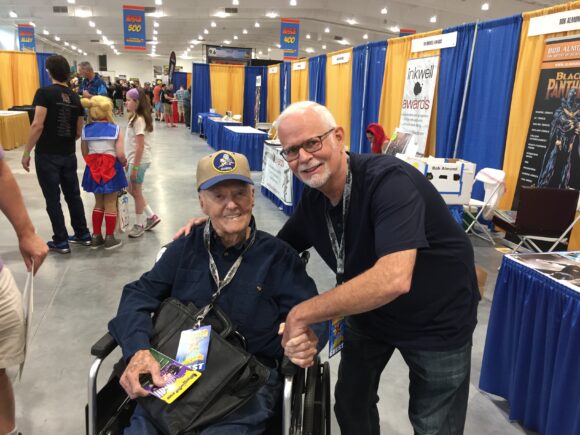 TerrifiCon (2018). The subject was Superman, and the panelists were, from left to right, writer Roger Stern, me, writer/artist Jerry Ordway, writer Peter Tomasi, and host John Siuntres. I was being witty. 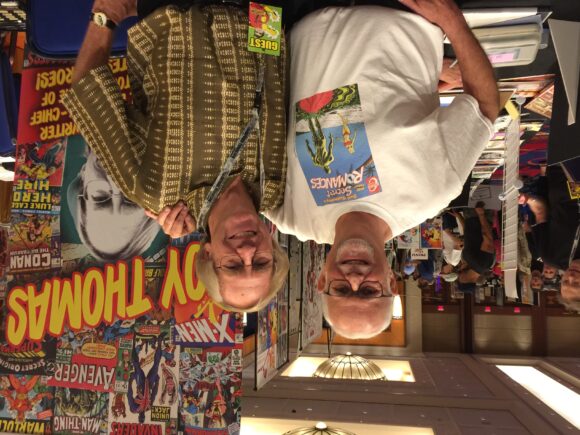 TerrifiCon (2019). Another idol is artist Joe Giella, who inked probably half of my favorite comics of the 1960s for editor Julie Schwartz. 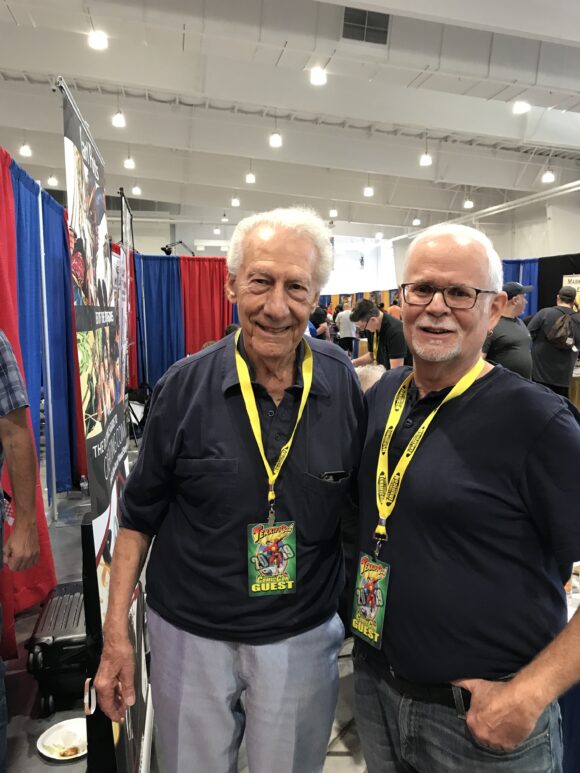 TerrifiCon (2018). There’s just so much history in this one photo for me with writer/artist/editor Larry Hama and writer/editor Christopher J. Priest (nee James Owsley). I wrote movie parodies for Marvel’s Crazy magazine while Hama was editor and teenaged Priest was his assistant. I later worked alongside Priest at DC Comics, as colleagues and editing one another on various projects, during a tumultuous period of our (soon to be disbanded) department’s history. 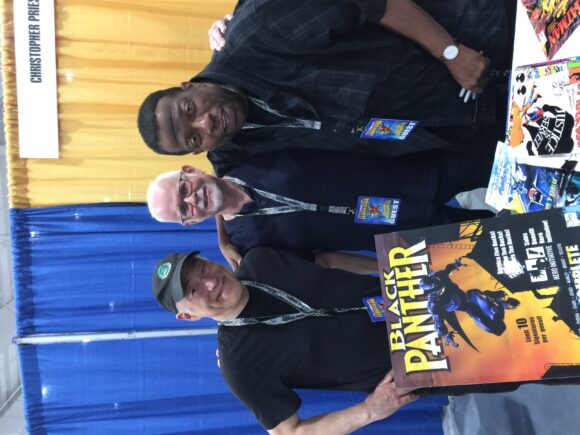 TerrifiCon (2019). During the 2019 Connecticut Terrificon at the Mohegan Sun (site of almost all this column’s photos and therefore deserving of a plug, I was sitting opposite the display of the Batman ’66 Batcopter and got to witness a number of my colleagues (myself included; see the previous Con Photos column), grizzled old pros all, sitting in this iconic helicopter and being asked to sign the actual machine itself (myself included!!) grinning like 5-year-olds as they clambered aboard. My favorite moment was when legendary artist Neal Adams took the controls. 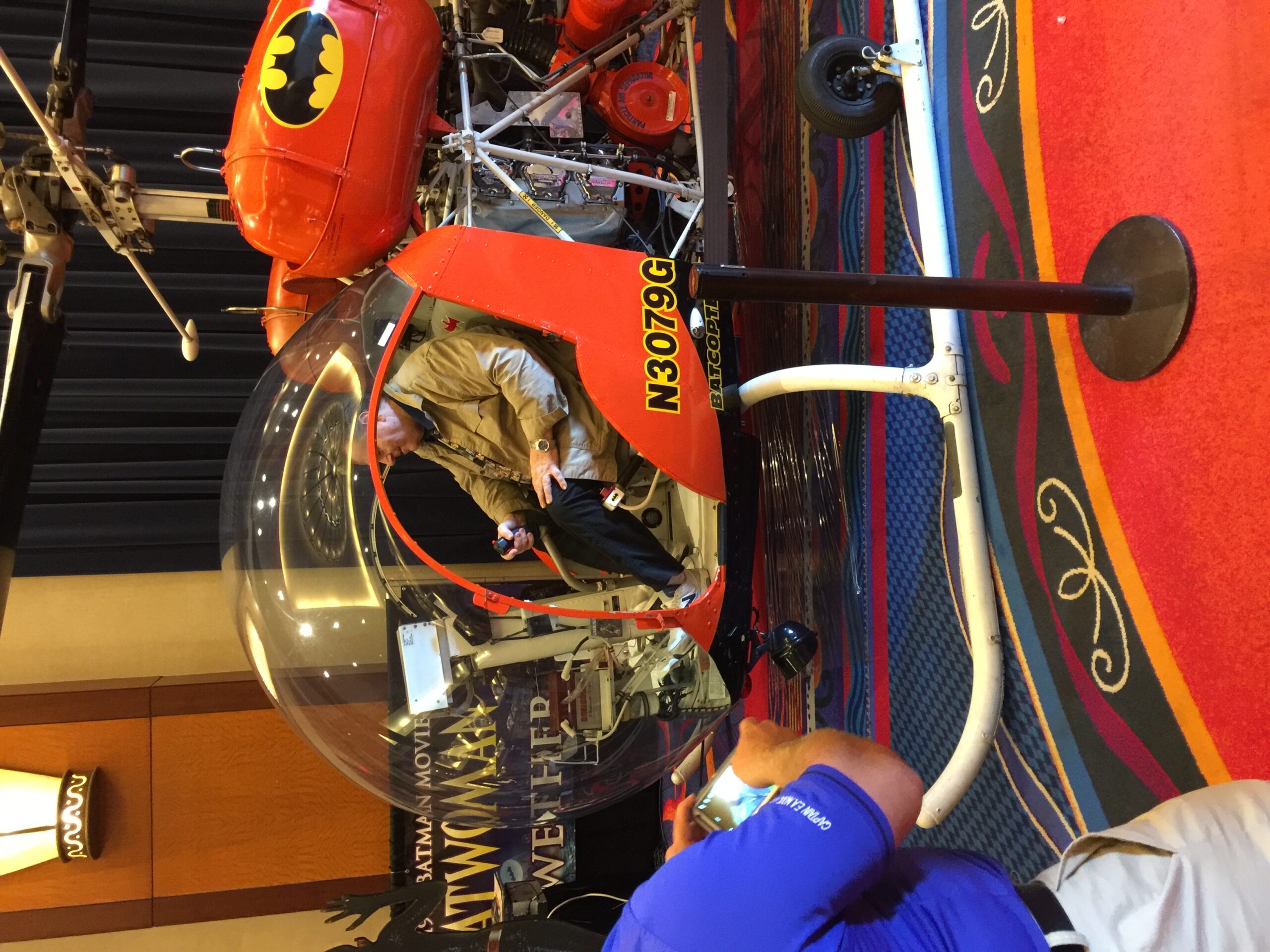 ConnectiConn (2013). Saying hi to DC/Marvel/Charlton artist and lovable curmudgeon Frank McLaughlin at an earlier iteration of TerrifiCon in Stamford, Connecticut. 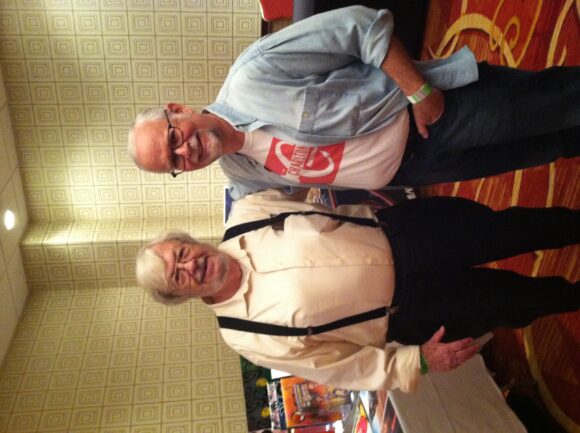 Baltimore Comic-Con (2013). Speaking of Franks and 2013, I met underground cartoonist Frank Stack (aka Foolbert Sturgeon) at the 2013 Baltimore Con, where he signed and sketched in my copy of his The New Adventures of Jesus: The Second Coming. 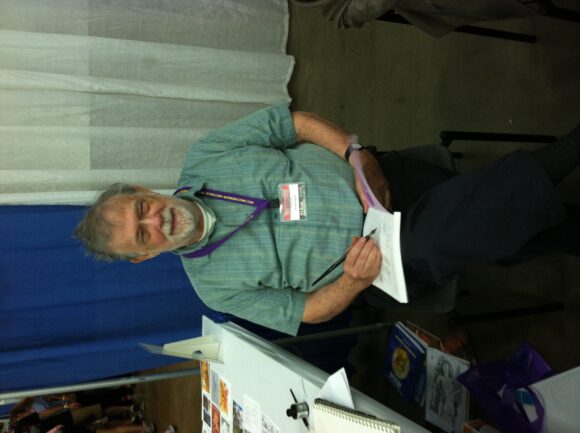 TerrifiCon (2018). Thumb inspection at the 2018 TerrifiCon (they are very strict!) with writers Mike W. Barr and Dan Mishkin. 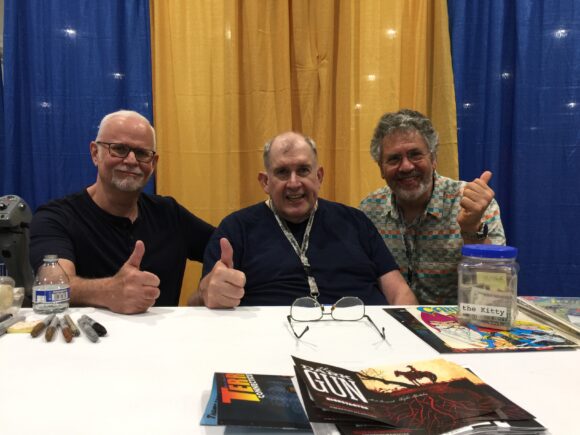 New York Comic Con (2013). Meeting the amazing Stan Goldberg, the longtime Archie Comics artist I was fortunate enough to have draw my first Archie stories. He was also an early Timely/Atlas/Marvel artist known for his work on features like Millie the Model and as the colorist of Fantastic Four #1. 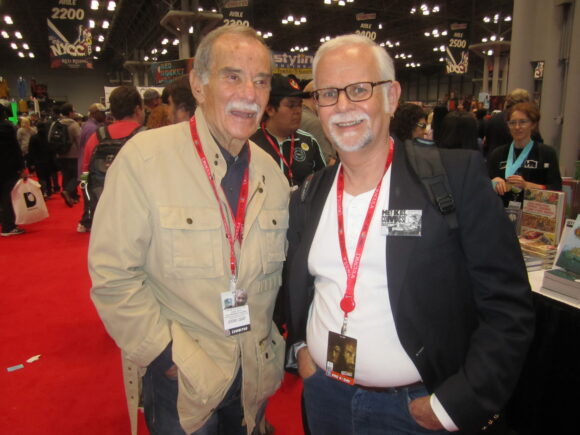