Cosplaypalooza! It’s Day 3 of San Diego Comic-Con, so we bring you PART 3 of the celebrated Mr. K’s groovy con scrapbook… 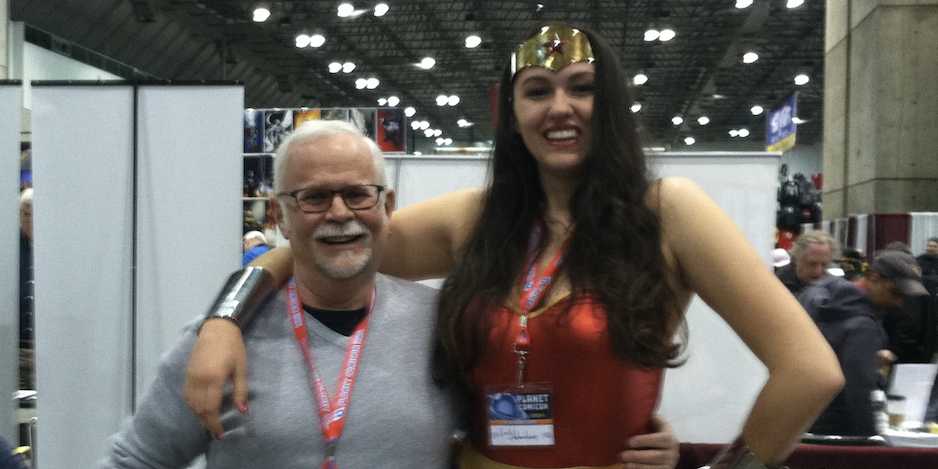 In days of old, cosplaying fans at comic cons would usually dress up for the duration of the scheduled costume parade in which they were competing and then spend the rest of the show in mufti. But these days, cosplay is the thing, and a surprisingly large number of attendees spend their days in costume, ranging from the casual-cosplayer in a Captain America t-shirt, facemask, and scaled down shield to the hardcore players in giant electronic robots.

I don’t do costumes. I’ve always been too self-conscious about the real me to be able to pretend to be someone else (except once, at a licensing show where I could be Captain Kirk; that was kinda cool). Even as a kid, I would try and get away with the bare minimum of a “costume” for Halloween, but I’ve come to appreciate cosplayers, not so much even for their costume-making skills (not to say there aren’t some incredible craftspeople out there), but for their love of comics and dedication to bringing these characters to life. I did the same thing with the same love and attention to detail when I was a fan, only I didn’t work in fabric and molded plastic, but with words on paper in fanzines. 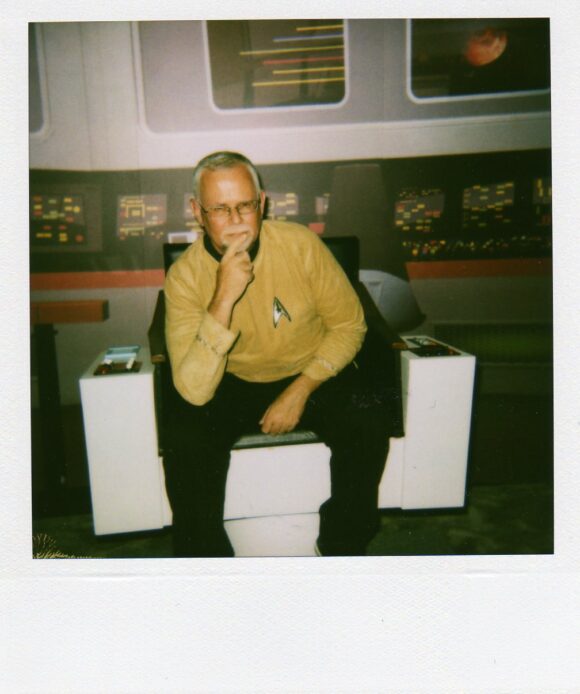 I especially enjoy taking pictures with cosplayers dressed as characters I’ve written or edited (and I apologize in advance for not having gotten the “secret identities” of all these talented people for the shoutouts they deserve). I get an interesting variety of looks when I approach someone dressed as Supergirl or Green Lantern and say, “Hi! I used to write you! Would you mind taking a picture?” The best is when they’re not really paying attention—most do scores of selfies a day with randos like me—but later get in touch when they’ve seen the photos posted on social media to say some (mostly politer) version of, “I thought you were just some old guy!” 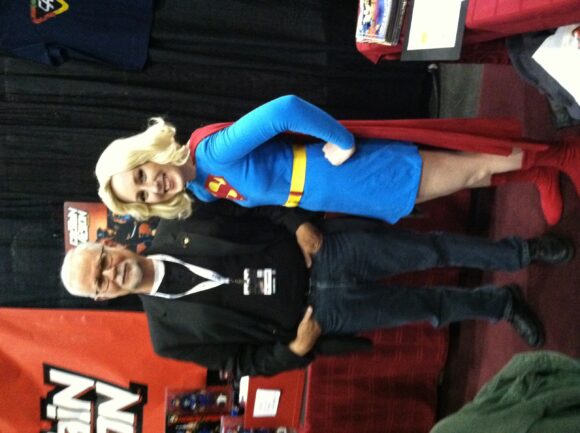 New York Comic Con (2011). Not to stretch a point, but this guy really nailed Plastic Man! 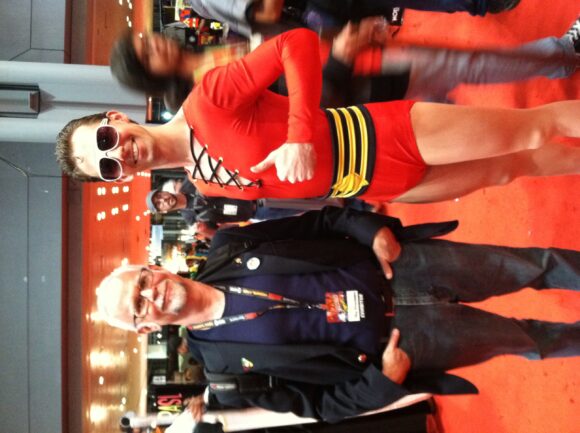 Planet Comicon, Kansas City (2011). I have met many a Wonder Women in my convention travels, but this young woman was by far the tallest because, as she pointed out, “Have you ever seen a short Amazon?” 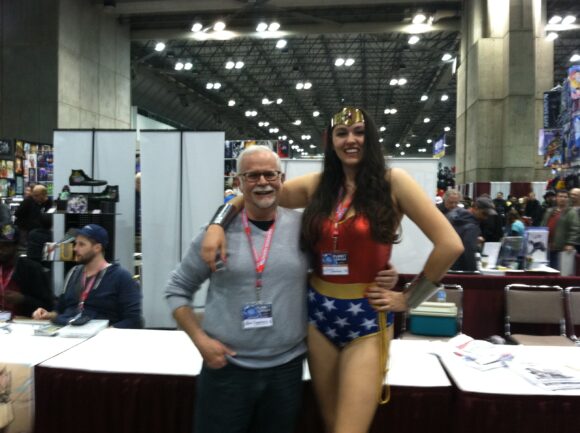 New Jersey Comic Expo (2011). In a recent column, I spoke of my love for Captain Action, the 1960s action figure from Ideal Toys that accessorized with superhero costumes from Superman to the Phantom. Imagine having to go to New Joisey to finally meet the guy, a few of whose adventures I had penned for Moonstone Comics a couple of years earlier. 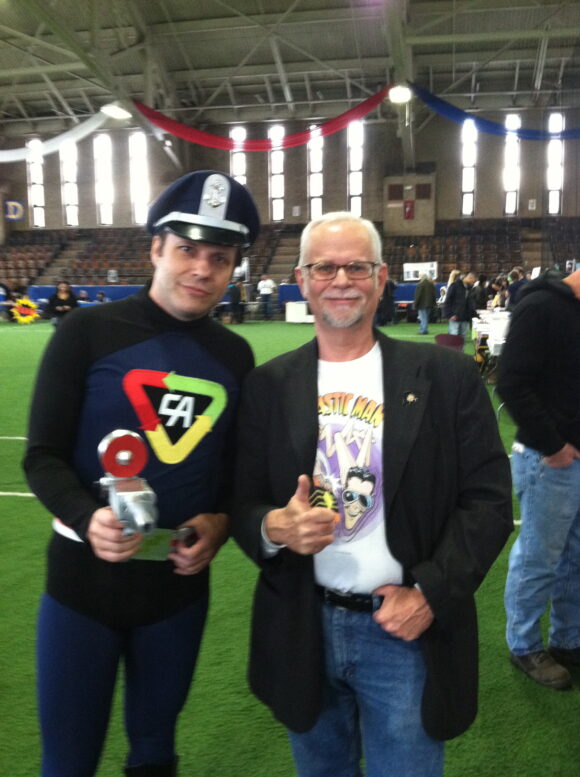 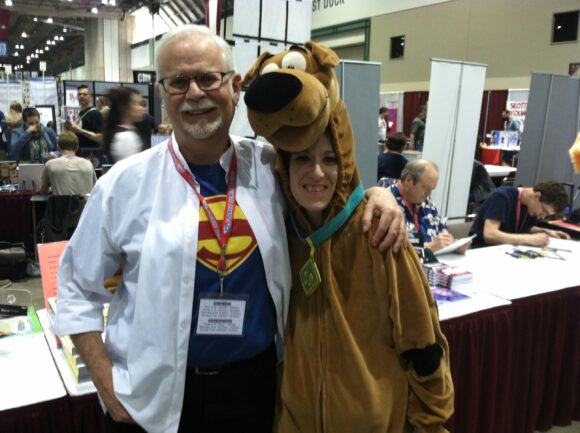 Baltimore Comic-Con (2013). Jeepers, Green Lantern! Of all days, I picked that one to leave my power battery at home! 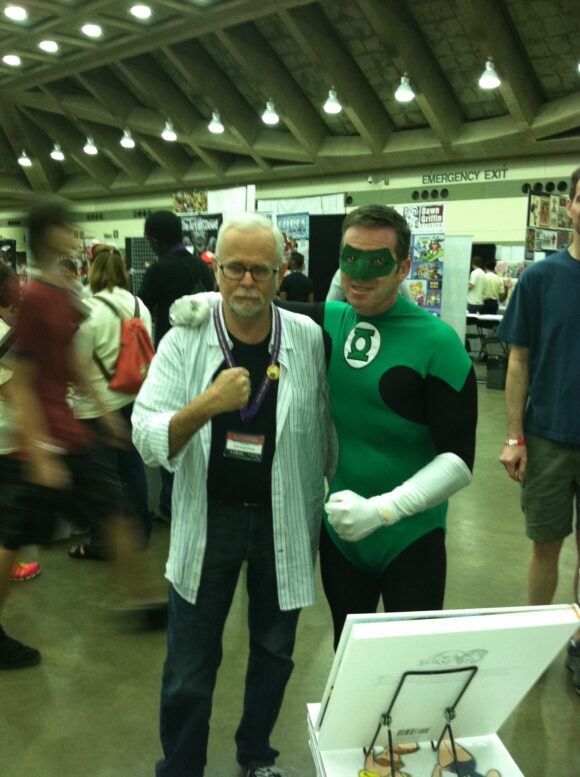 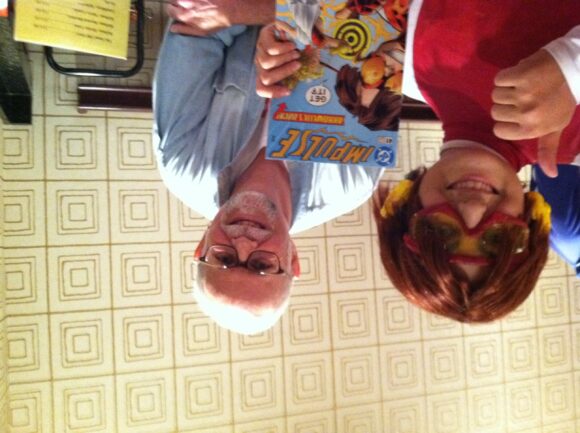 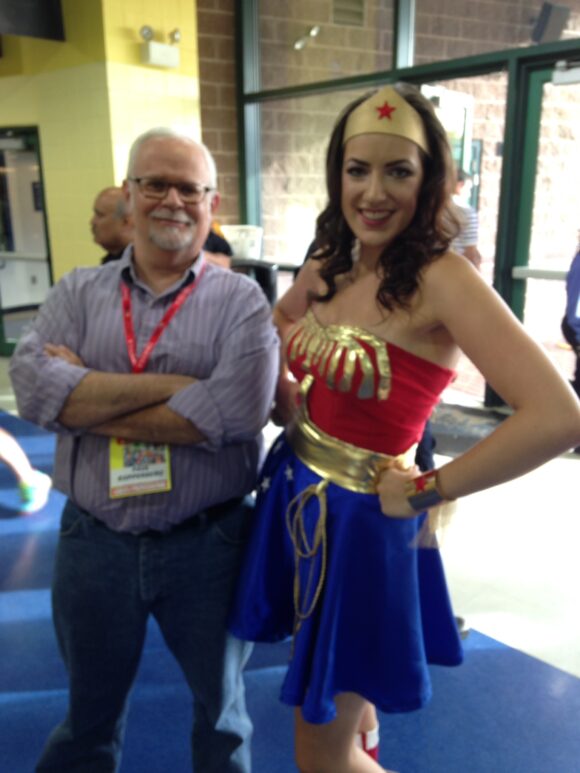 Terrificon (2014). Two old colleagues finally, uh… caught up with me at this show. Master Jailer and, of course, Vigilante (that’s Rich Davis lurking under that mask), who was still holding a grudge for something I’d written 25 years earlier in Vigilante #50. Terrificon (2015). A most regal Mera, years before cosplayers were cosplaying Mera.

Terrificon (2016). The family that Flashes together… wait, that doesn’t sound right. Anyway, I love these guys!