With San Diego Comic-Con here, the celebrated Mr. K introduces you to some of the biggest names he’s met at cons over the years… 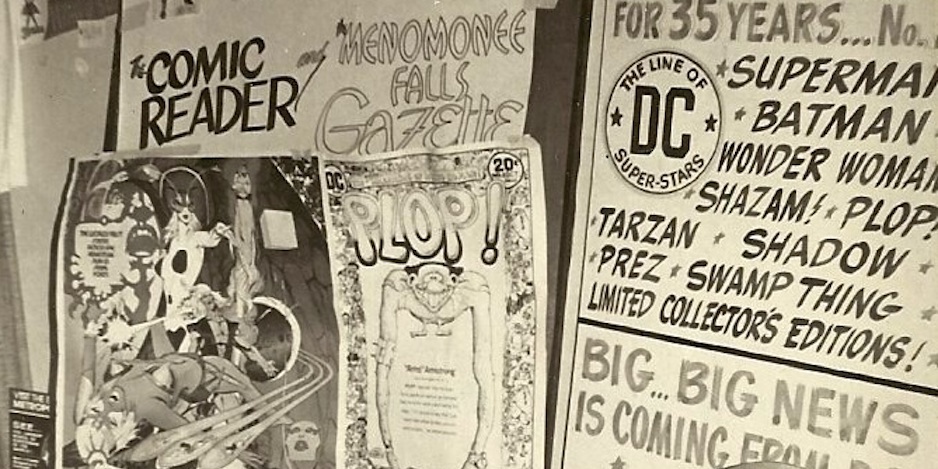 With San Diego Comic-Con revving up, I thought I’d take a look back through my lifetime accumulation of convention photos and selfies and share some of my favorites with you.

I attended my first con in July 1971, the New York Comic Art Convention put on by promoter Phil Seuling. At the time, I was a 16-year-old fan from Brooklyn publishing fanzines with my friend Paul Levitz and had no idea when I entered that ballroom in the Statler-Hilton Hotel that I was stepping into my future!

Many more Seulingcons would follow (in 1973 and 1974, Paul and I and The Comic Reader gang—which was mostly Paul and I, along with friend Steve Gilary—would produce the 100-page square-bound program books for Phil), as would countless Creation Cons, Star Trek Cons (I was at the first one where I somehow found myself having to escort surprise arriving guest Leonard Nimoy through a crazed throng of fans, an incident he remembered decades later when I met him again at a NYC licensing convention), Chicago Cons, San Diego Cons, UKCACs, TerrifiCons, East Coast Comic Cons, and others too numerous to list. 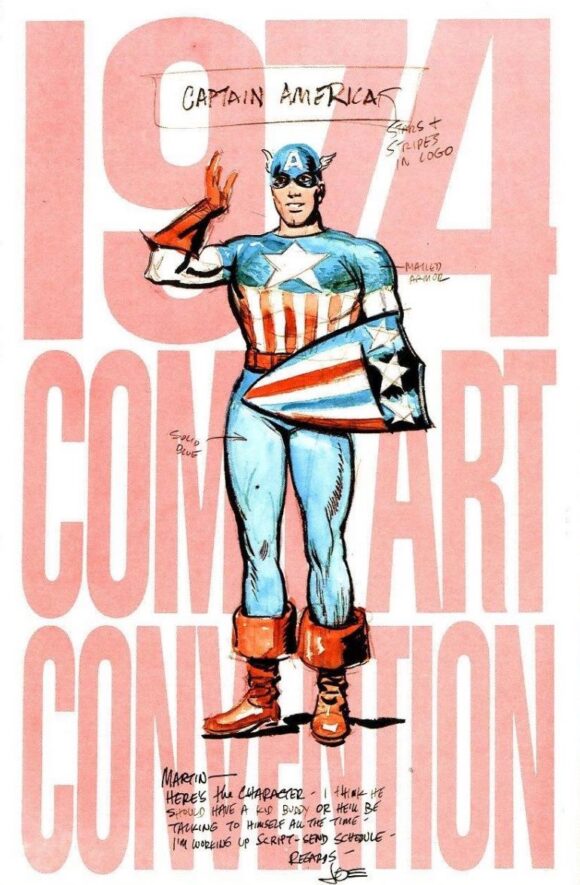 If I had to guess, I’d say that in my 51 years of convention-going, I’ve probably attended 250-300 shows of all sizes and description. What I didn’t do near enough for the majority of those years was take pictures. Before the advent of the cellphone’s camera-in-your-pocket, taking photos was a hassle that I seldom bothered with. There were hundreds of encounters over the years where I wish now I, or someone around me, had taken a picture. I got to meet so many of the legendary talents I worked with, from Curt Swan and Herb Trimpe to Gil Kane and Jack Kirby, but I have no record of those moments.

Thanks to creeping old age-induced nostalgia, I’ve made it a point over the last few years to get those selfies with my idols and old friends and colleagues.

New York Comic Art Convention and DC Comics Table (1971). You know how all the big companies now have massive complexes of convention booths broken up into different specialty spaces? In 1971, DC made good with half a table on the con floor that it shared with the convention itself, manned by Paul Levitz, selling both his TCR pubs and other fanzines their publishers sent to the con on consignment. Marketing, 1971 style! 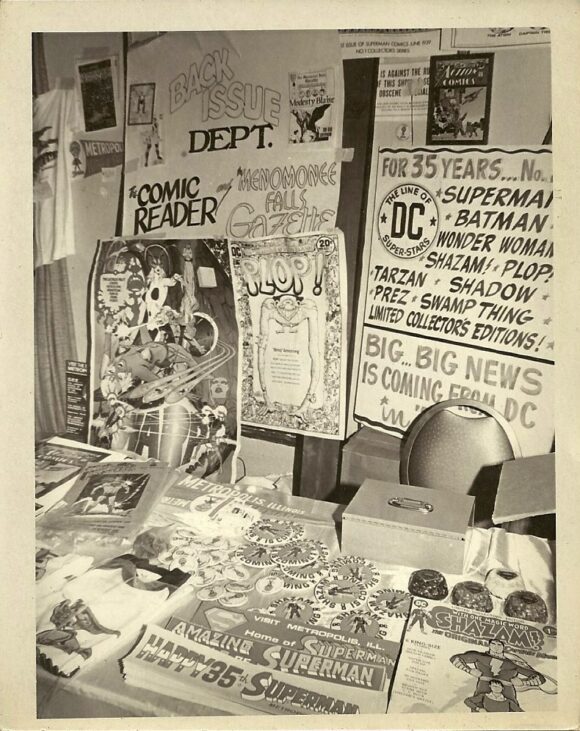 New York Comic Art Convention (1973). Captain Marvel creator C.C. Beck was a guest at the 1973 Seulingcon where the grandmaster of storytelling had on display some of his amazing ancient weapon recreations out of balsa wood and paper mache. My personal interaction with Beck (we talked about his wonderfully absurd villains, Mr. Mind and Dr. Sivana) went unrecorded. (Photo © Bruce Mittleman.) 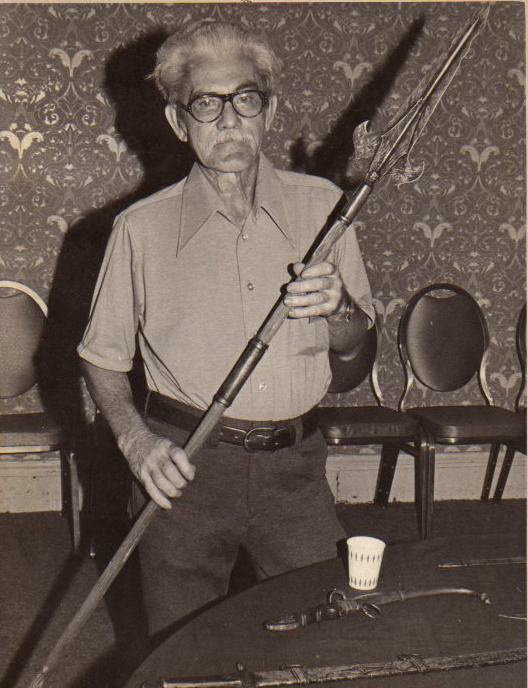 Chicago Comicon (1977). A gathering of the greats. And me! Top row, from left to right, we have Joe Orlando, Paul Levitz (peeking out from behind him), Don McGregor, Jenette Kahn, Stan Lee, and Len Wein. Bottom row: Mike Grell, me, Martin Pasko, with, I believe Sol Harrison hiding behind him.

New York Comic Con (2008). A few moments spent with the great Nick Cardy (accompanied by my son, Max), where I had the artist sign what is perhaps my favorite single comic he drew in the 1960s, Teen Titans #13 (January/February 1968) while he told me the story behind the story: 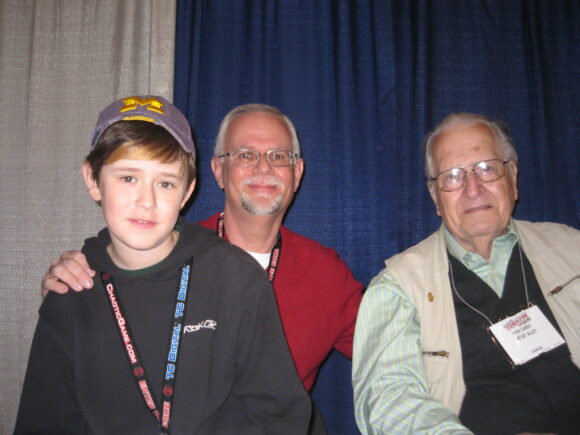 Denied a $2-a-page raise, Nick decided to quit DC and drew the living hell out of that issue, which happened to be on his drawing board at the moment, to show them what they were losing. When art director Carmine Infantino heard the news and saw the art, he promised him an even larger raise if Nick would only be patient a while longer. Carmine, who shortly thereafter was promoted to DC’s publisher, made good on his promise. 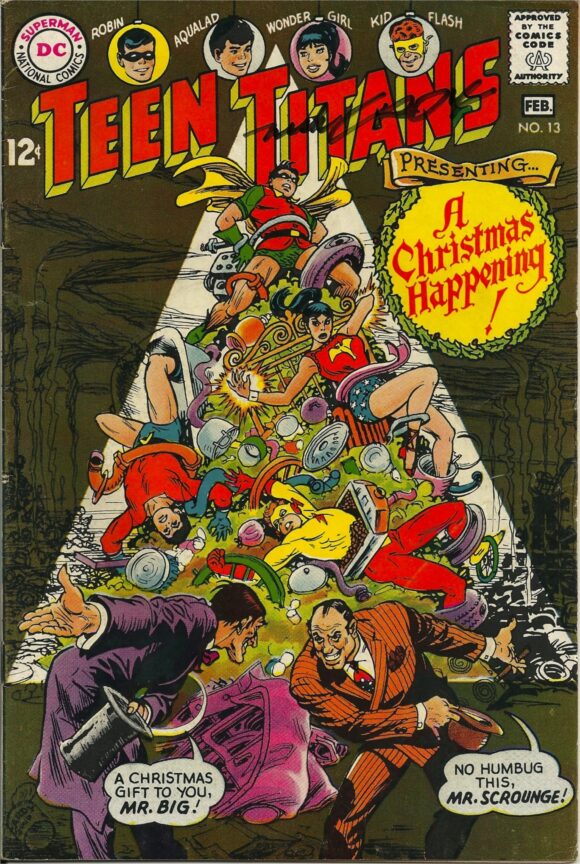 East Coast Comic Con (2016). I took the opportunity when we were both guests at the show to have beloved Star Trek star Nichelle Nichols sign a copy of Star Trek #30 (September 1986) featuring my fill-in tale, “Uhura’s Story.” 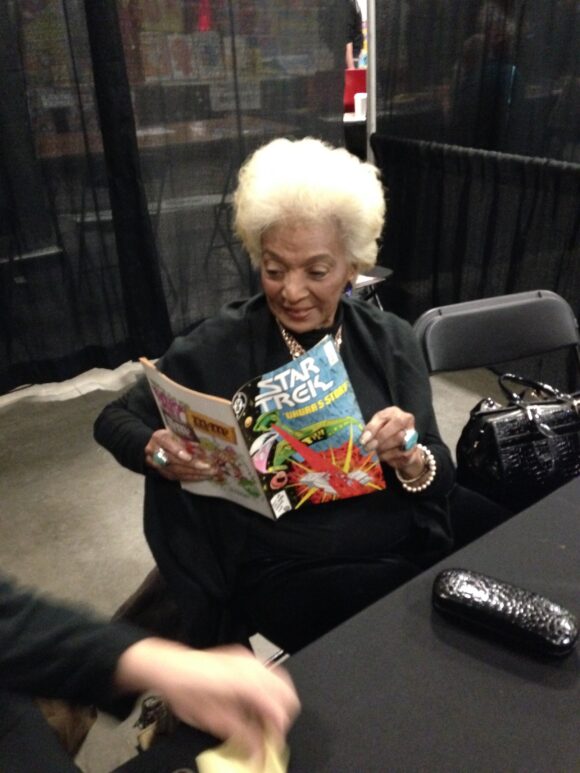 TerrifiCon (2016). John Wesley Shipp has portrayed two of favorite comic characters on TV: Barry Allen in the 1970s The Flash series, and Jay Garrick in the current Flash series on the CW. As a former Flash editor, it was a thrill to spend time with the actor, who was more interested in my experiences with the characters than his own. Officially one of the Nicest Convention Guests Ever! 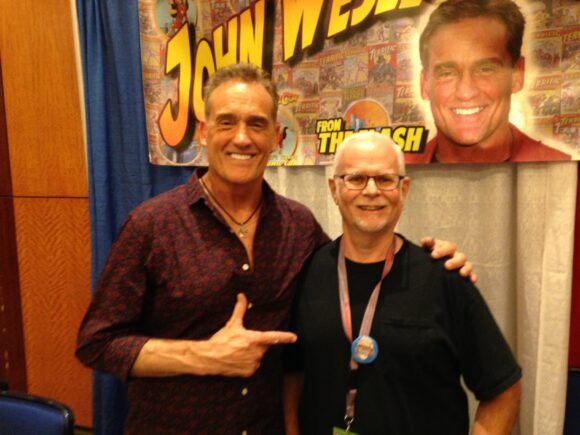 ConnectiCon (2014). In addition to creators, conventions offer an excellent opportunity to meet creations as well! Here I am with Vigilante (cosplayed by Rich Davis), who’s forgiven me for all the sh*t I put him through. 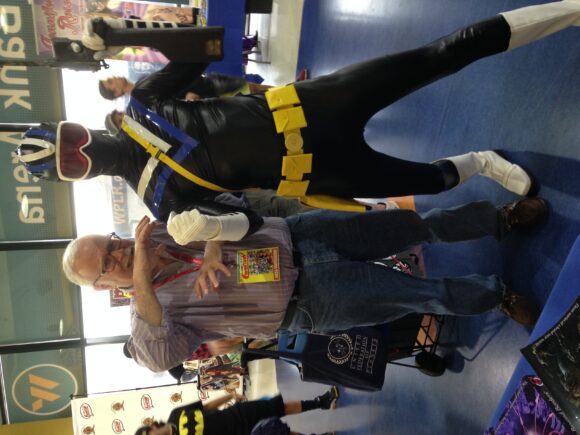 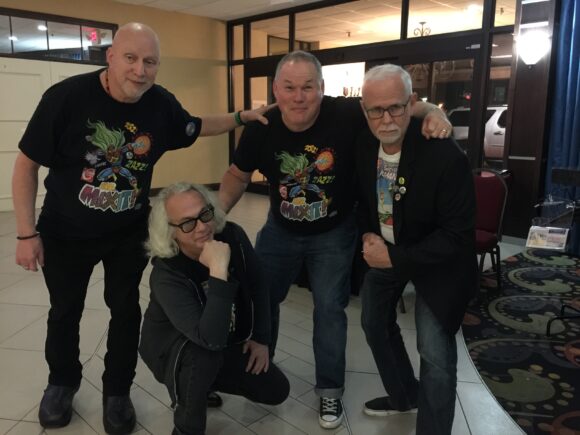 East Coast Comic Con (2015). My first-ever meeting with Jim Steranko in 2015, who I was introduced to by our mutual friend, writer Alex Simmons. I spent 15 fascinating minutes talking about comics with Jim and artist Steve Rude, who joined the conversation a few minutes into it. 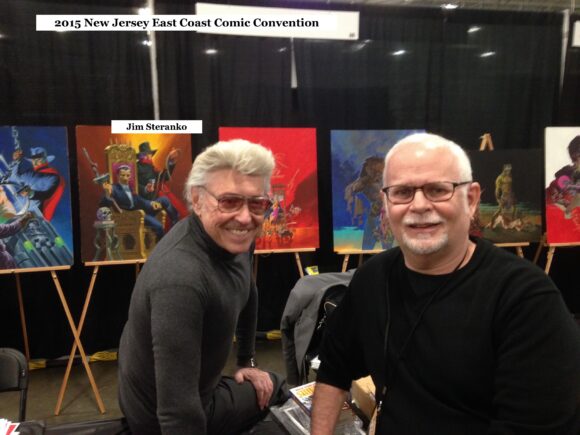 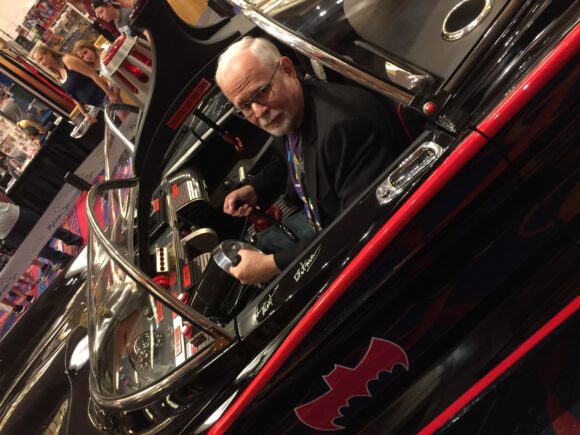 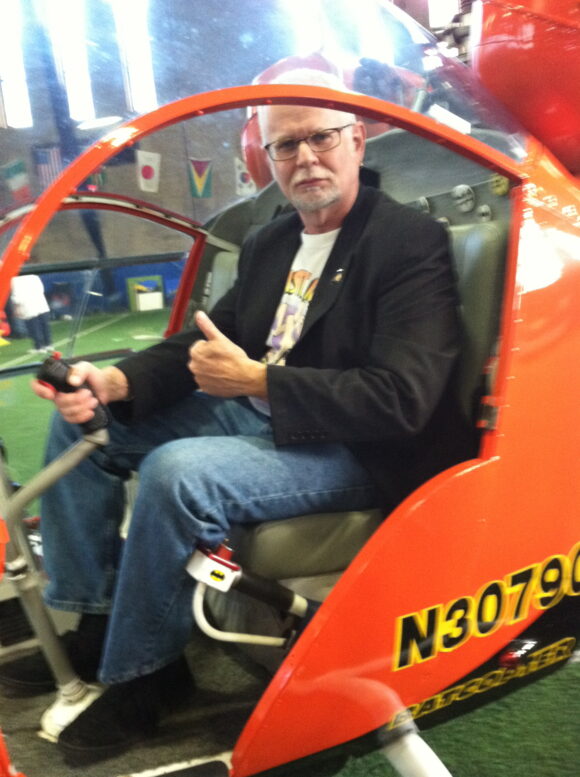 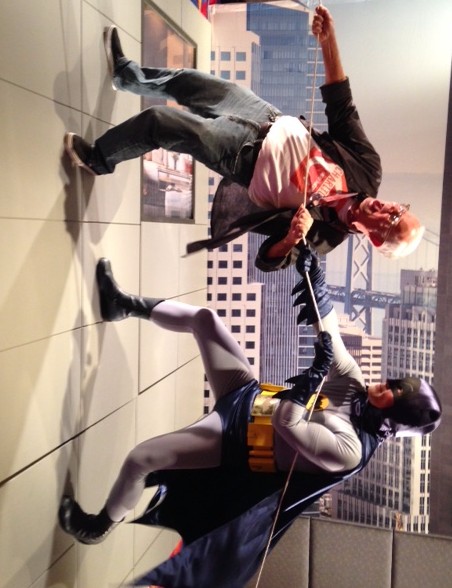 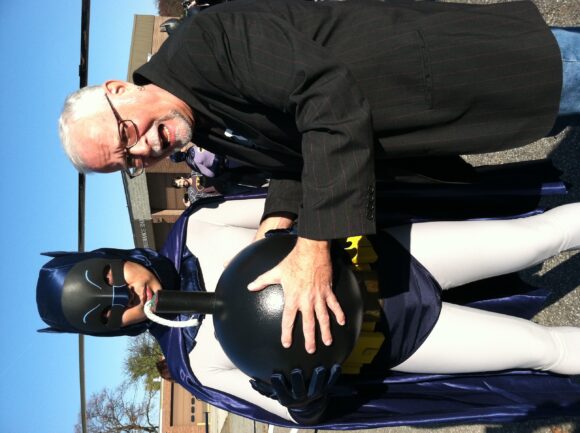