JACK KIRBY: Quite Simply, the King

In the third of a series of nine weekly tributes to the great artists of the Silver Age, Arlen Schumer brings you the King himself, JACK KIRBY.

UPDATED 8/29/16: We’re in the midst of a three-day JACK KIRBY tribute, celebrating what would have been his 99th birthday. Today, we’re spotlighting the Silver Age, so we wanted to re-present Arlen Schumer’s piece on the King, adapted from his terrific book. For 13 COVERS from the Golden Age, click here. For 13 COVERS from the Silver Age, click here.

This week, it’s the senses-shattering majesty of Jack Kirby. 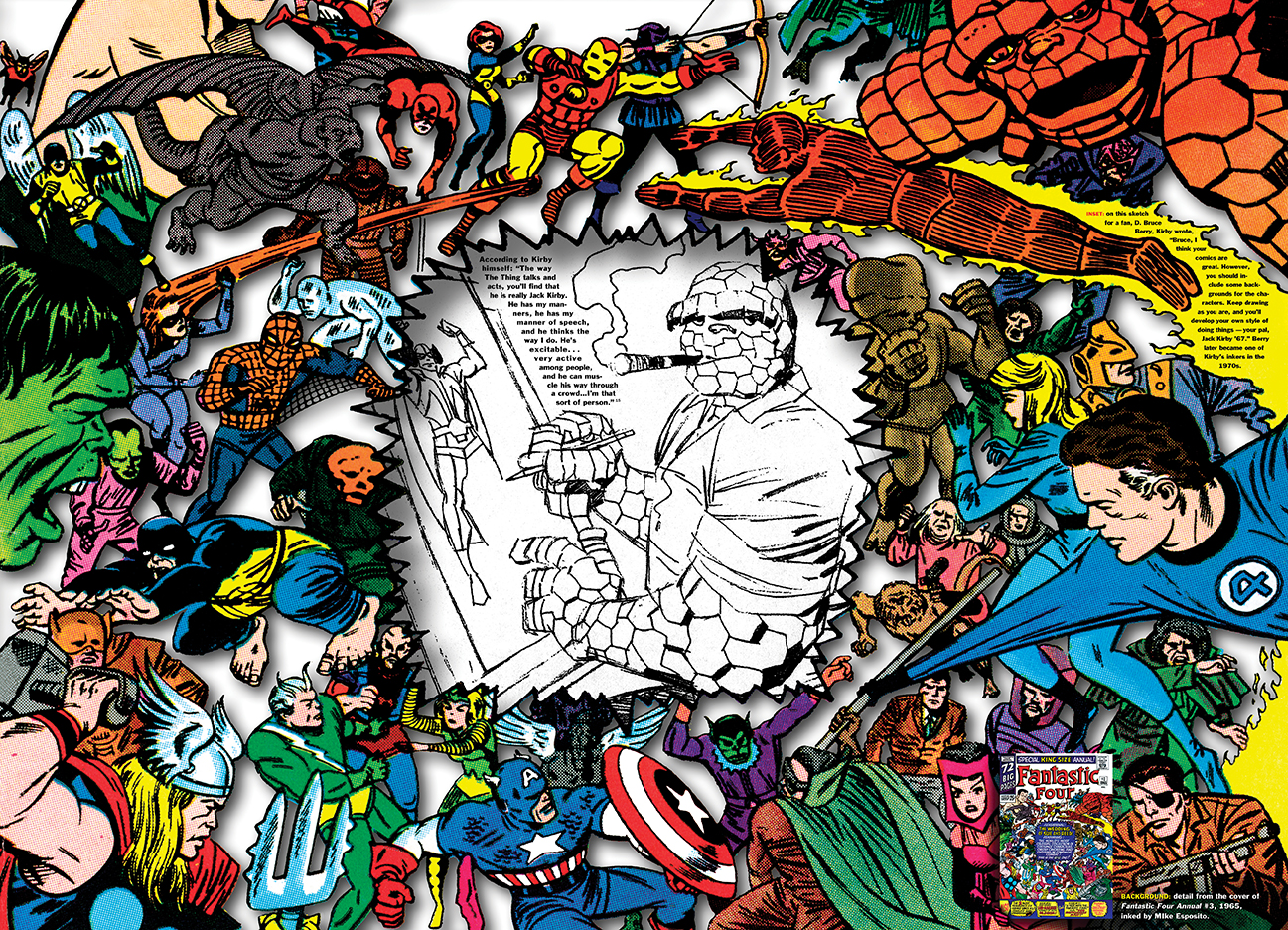 It would take more than one book, much less a few paragraphs, to do justice to the breadth of comic book characters and concepts Jack “King” Kirby (1917-1994) created during the course of his seven decades in comics, working for a myriad of publishers. Nevertheless, it is the modern Marvel Universe, developed in concert with writer/editor Stan Lee during The Silver Age of Comics in the 1960s, that arguably stands as Kirby’s greatest and most influential body of work.

In the late ’50s, after an already-legendary career that included co-creating characters like Captain America (with partner Joe Simon) and entire genres like romance comics, Kirby entered a moribund Marvel Comics on the brink of bankruptcy, and, with a creative drive fueled by his Depression-era background, let loose a wellspring of invention the likes of which had never been seen in the comic book medium before — and never since. “I felt the idea was to come up with new stuff all the time,” Kirby recalled. “In other words, there had to be a blitz. And I came up with this blitz.” 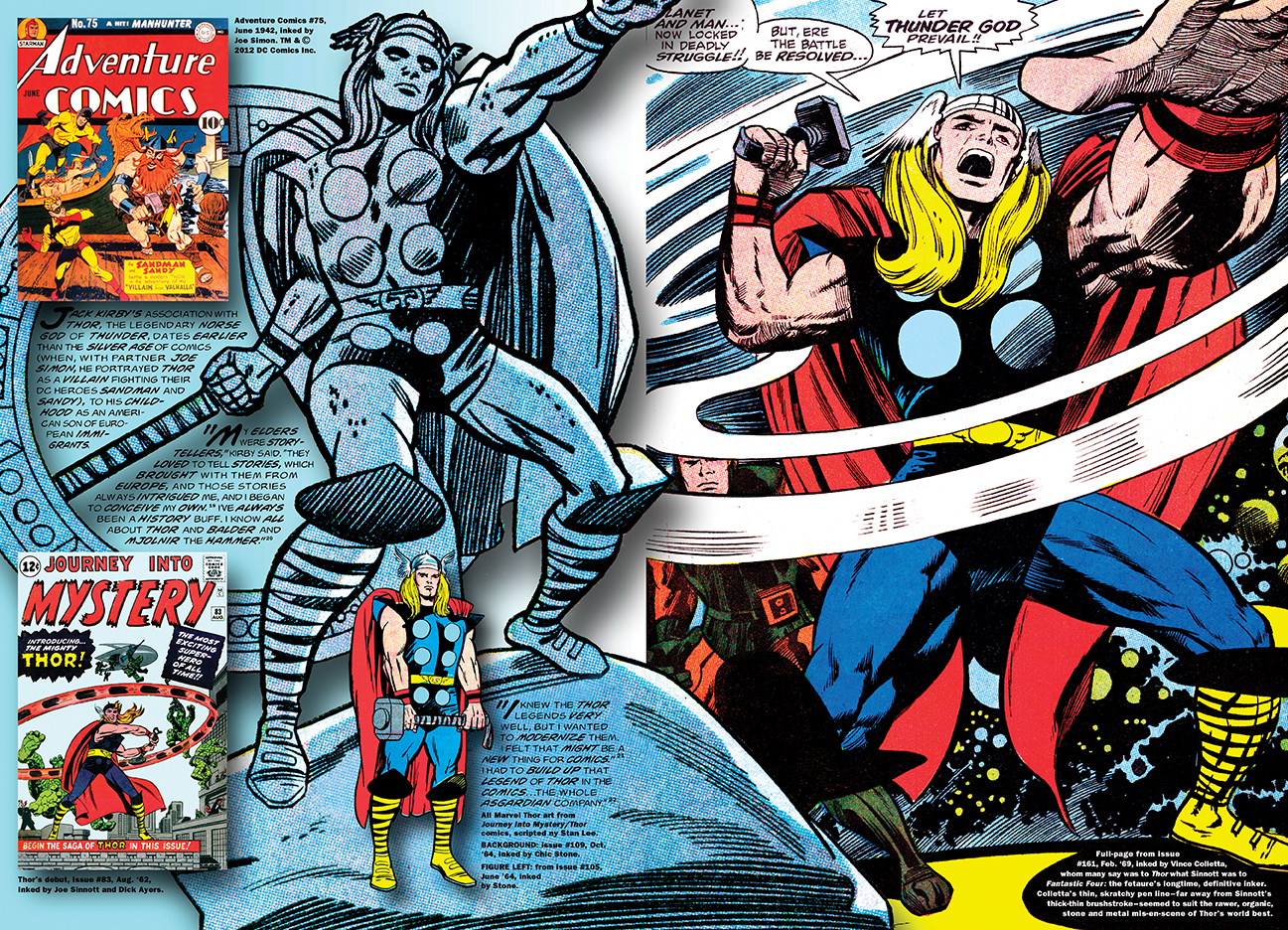 The Fantastic Four, Hulk, Thor, Captain America, The X-Men, Galactus, the Silver Surfer, the Inhumans, the Black Panther and more — the “blitz” of timeless Marvel characters Kirby brought to life is almost endless. And it was during his tenure at Marvel in the ’60s that Kirby’s modern, mature style emerged. The many artistic tropes Kirby rendered — abstract, intangible concepts like “power” and “energy” made manifest in hyperbolic visual dimension — became standards in the medium. 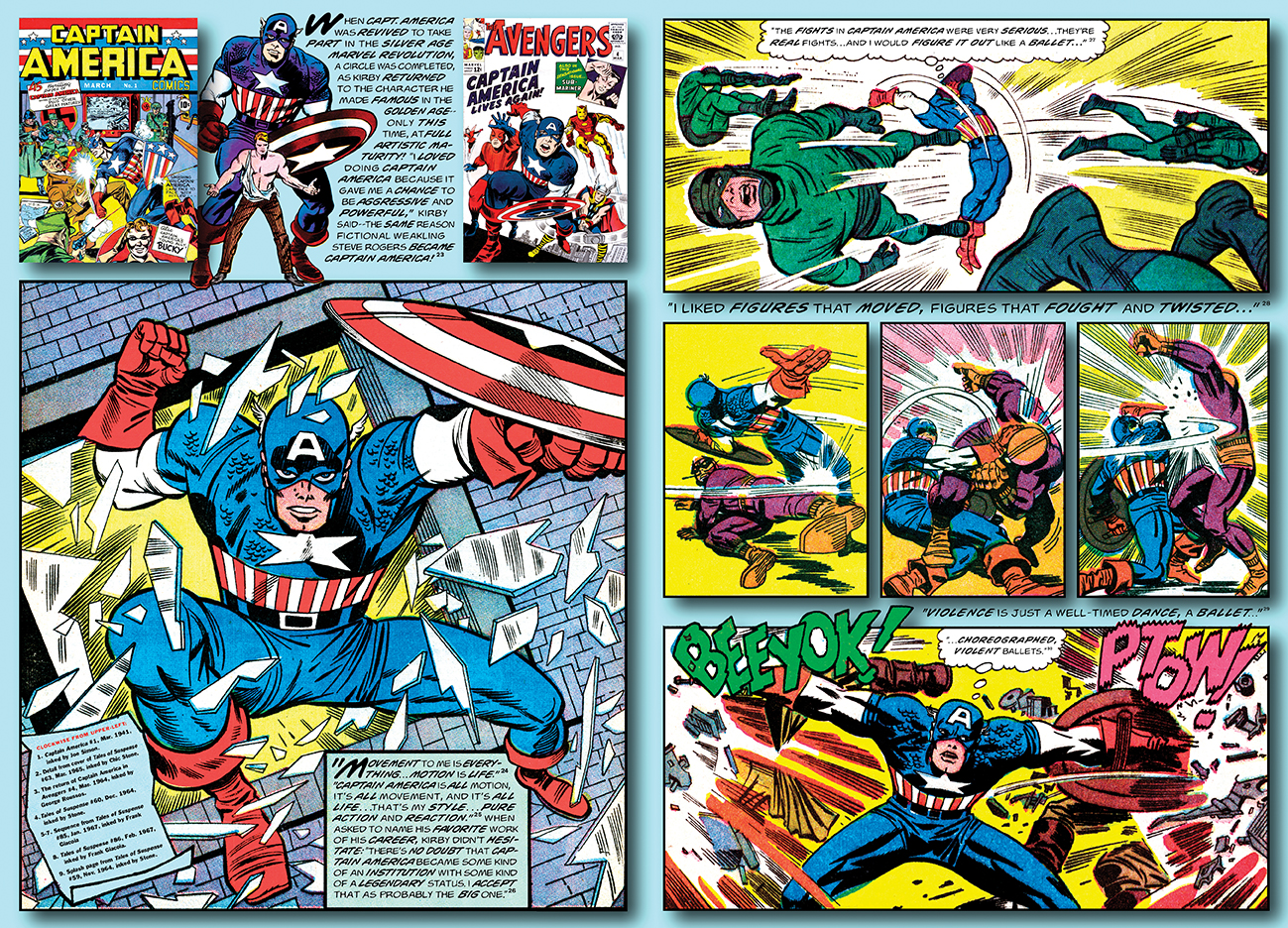 Kirby was as profound as he was prolific; the stories he told at Marvel exploded with boundless imagination and wonder, kaleidoscopes of action and adventure set in planet-sized arenas of conflict, cataclysmic clashes of titans that read like the epic odysseys of legends past. Kirby’s works are the power and glory of comic book storytelling, and like the legendary Atlas, it is upon Kirby’s shoulders that the world of superhero comics rests. 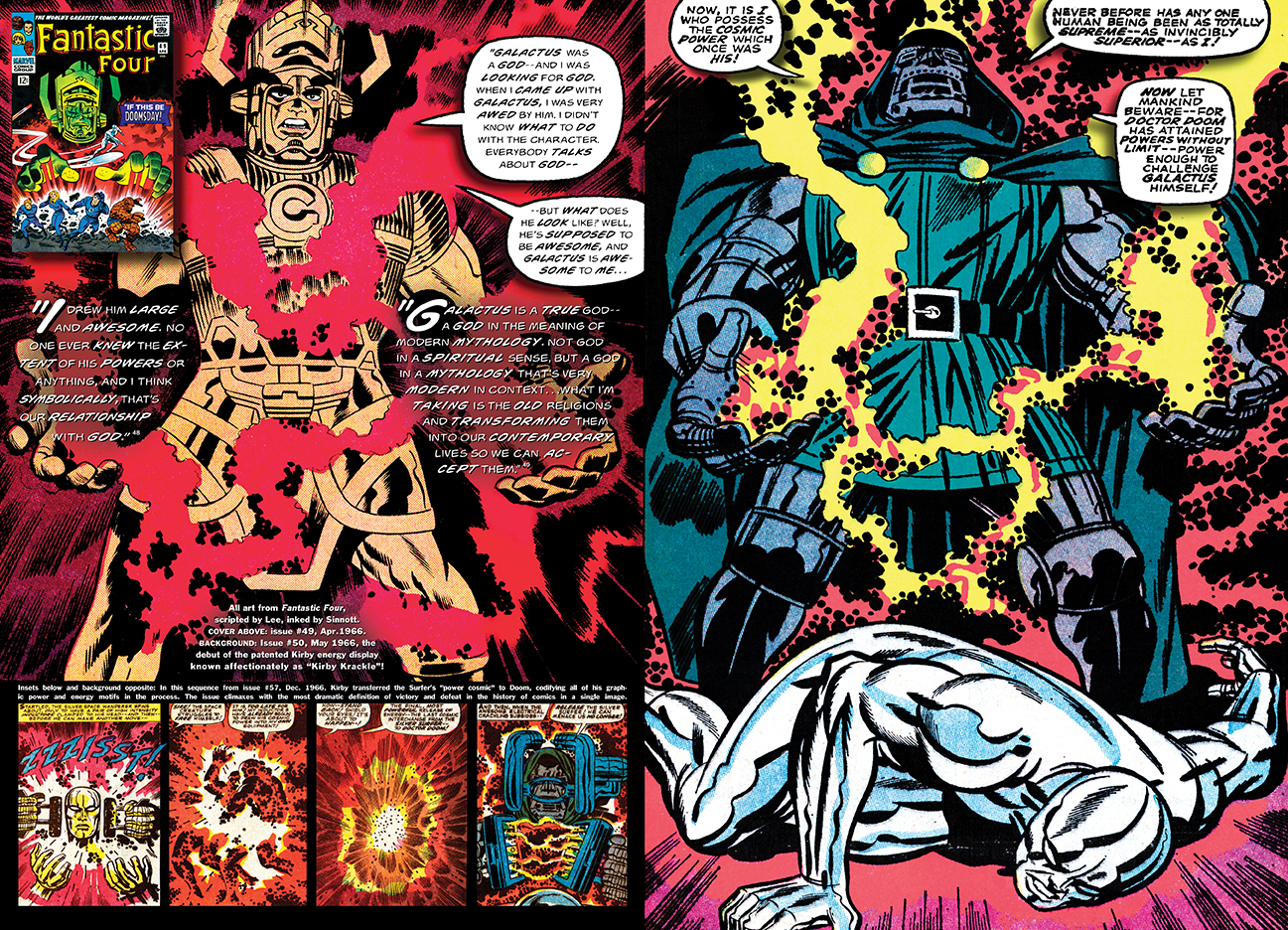 “The secret of my success,” Kirby said, “is the fact that I gave to it. I gave it all I had. There is blood and bone and sinew behind the whole thing. There are hours of thinking and hours of doing, and then I spared nothing. I gave it everything. What’s come out of it is for you to pick up and look at.”