GIL KANE: Master of the Form

A BIRTHDAY CELEBRATION: A look at the vibrant, dynamic world of GIL KANE. 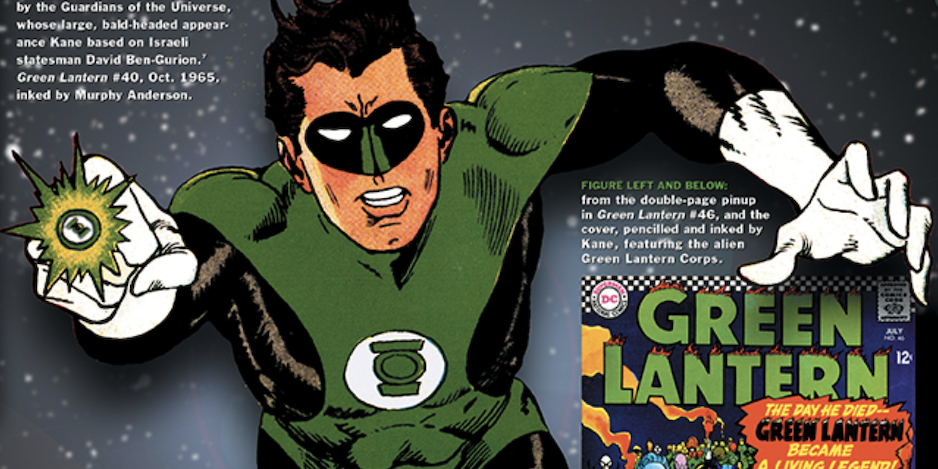 (UPDATED 4/6/21: This piece was first published in 2014 as part of a weekly serialization of Arlen Schumer’s The Silver Age of Comic Book Art. Kane was born 95 years ago on April 6, 1926, so it’s a perfect time to re-present it. Oh, and for the TOP 13 GIL KANE SPIDER-MAN STORIES, click here.) 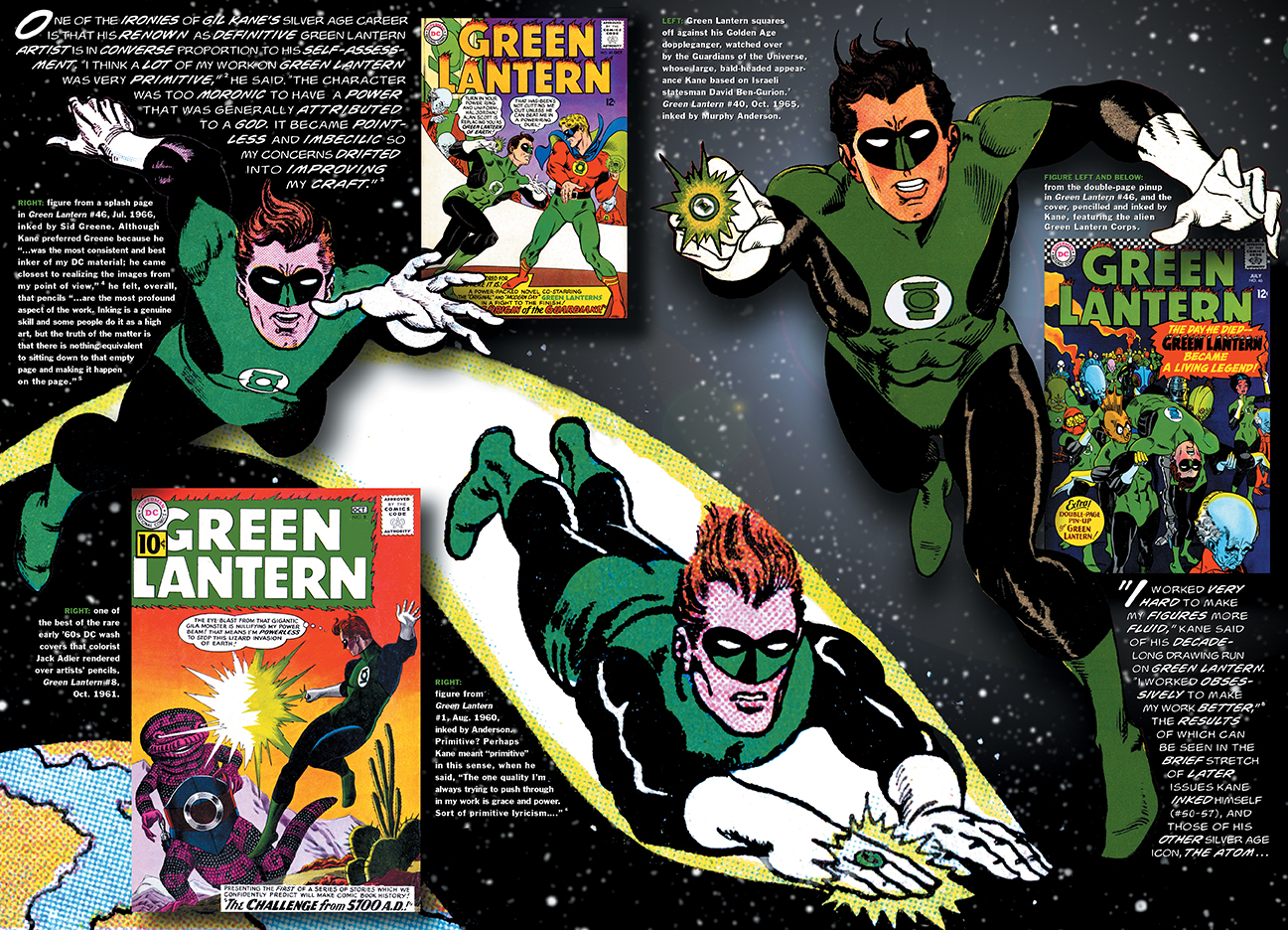 If the human figure is the foundation of comic book drawing — indeed, of all drawing — then its epiphany is found in the distinctive, dynamic style of Gil Kane (1926-2000), one that matured demonstrably during lengthy runs on a pair of DC Silver Age superheroes, Green Lantern and The Atom. Kane’s figurework was both a primer on structural anatomy and musculature, and a lifelong quest to bring his characters to life, by endowing them with all the grace and lyricism his drawing prowess could muster. 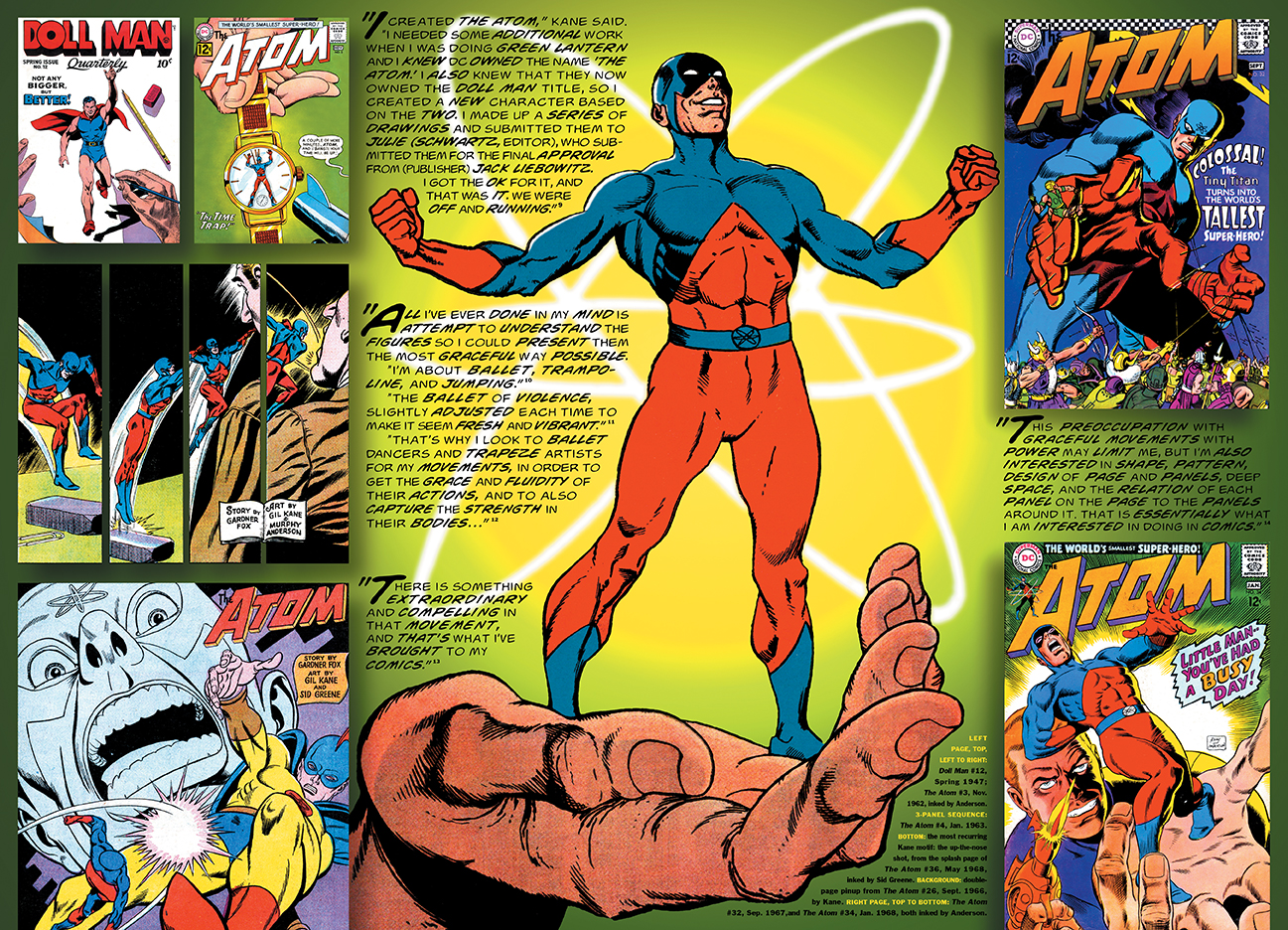 When he began to illustrate for Marvel in 1966 (the first mainstream comic book artist to simultaneously work for both major publishers without using a pseudonym), Kane paid homage to his mentor Jack Kirby by incorporating all of Kirby’s new dynamism into Kane’s own idiosyncratic style. This caused a quantum developmental leap in Kane’s own artistry, which he fed back to the field in two unlikely vehicles: a Grade-B superhero for Marvel and a toy-based superhero for DC. They were the blueprint all his post-Silver Age work would follow: concentration on the innate potential of the human form to inspire, while constantly refining figures, layouts and panel compositions for maximum power, movement and fluidity. 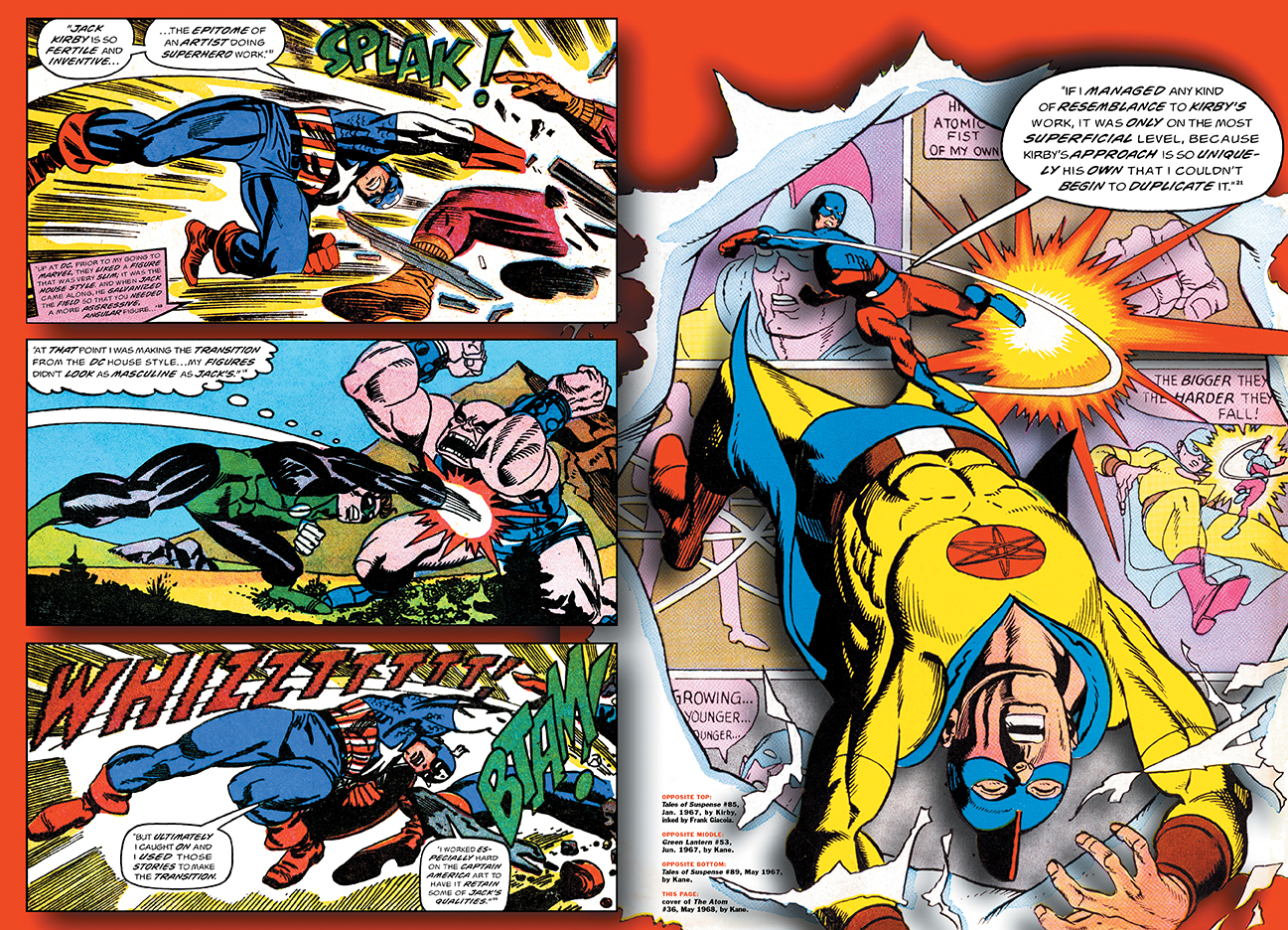 In addition to being one of comic book art’s greatest illustrators, Kane was one of its most intellectual, articulate spokesmen, a thinking man’s artist, outspoken and opinionated on topics directly — and tangentially — related to comic book art, its history and his place in it. “The thing with comics,” Kane said, “is that they ultimately present a series of aesthetic problems, and the only thing I recognize is that I spent my whole life trying to resolve them.” 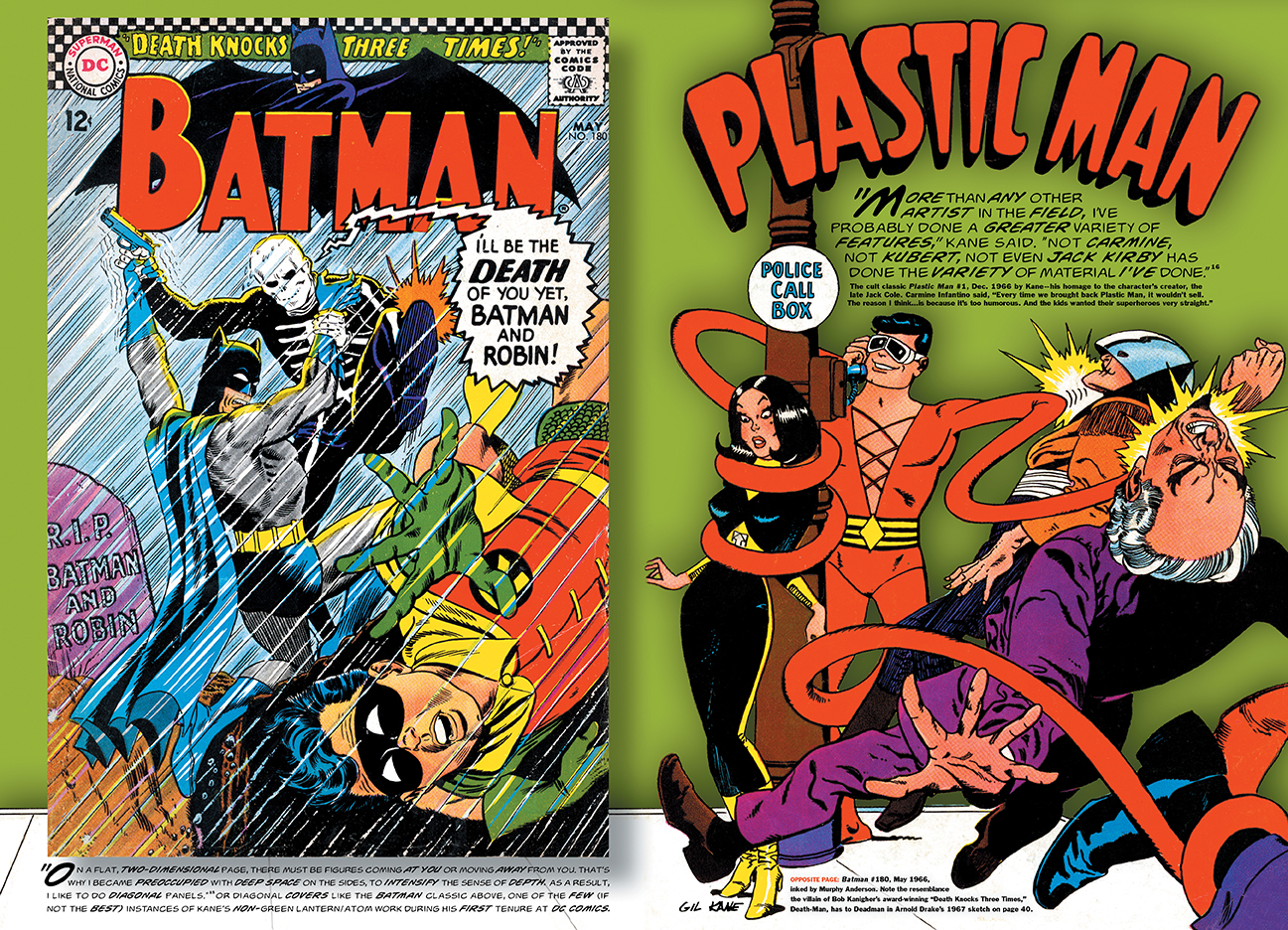