STEVE DITKO: A Fountainhead of Creativity

Enter the wondrous, bizarre world of Ditko — born 94 years ago… 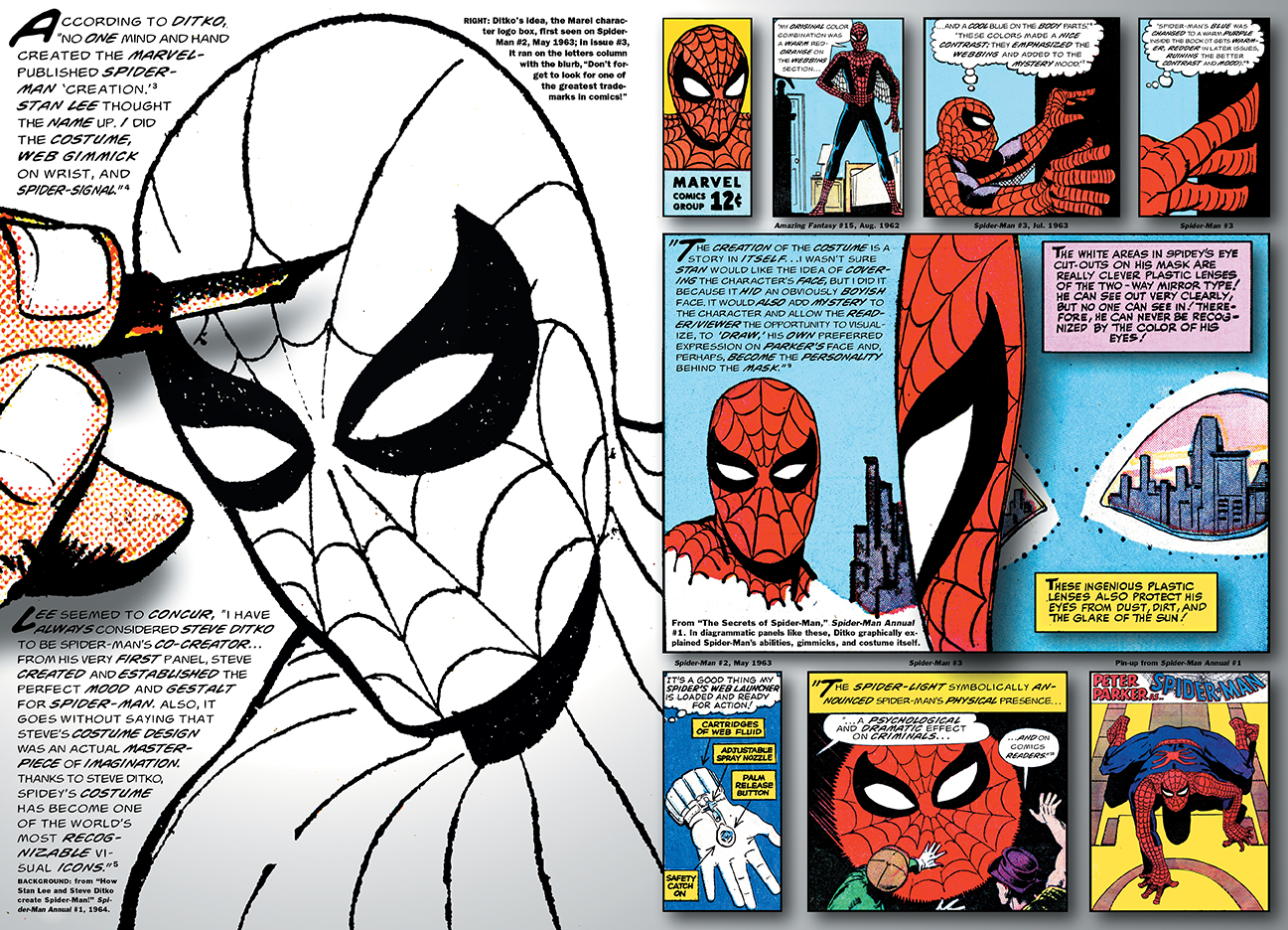 UPDATED 11/2/21: Steve Ditko would have been 94 today. This first ran in 2014 but it’s well worth presenting again. For our 13 SPLASH PAGES birthday salute, click here.)

Arlen Schumer’s The Silver Age of Comic Book Art is revised and back in print, a lustrously illustrated hardcover, coffee-table book. This is a volume filled with gorgeous illutrations, commentary and historical tidbits.

Last week, we kicked the series off with Carmine Infantino.

This week, it’s the elusive and inscrutable Steve Ditko: 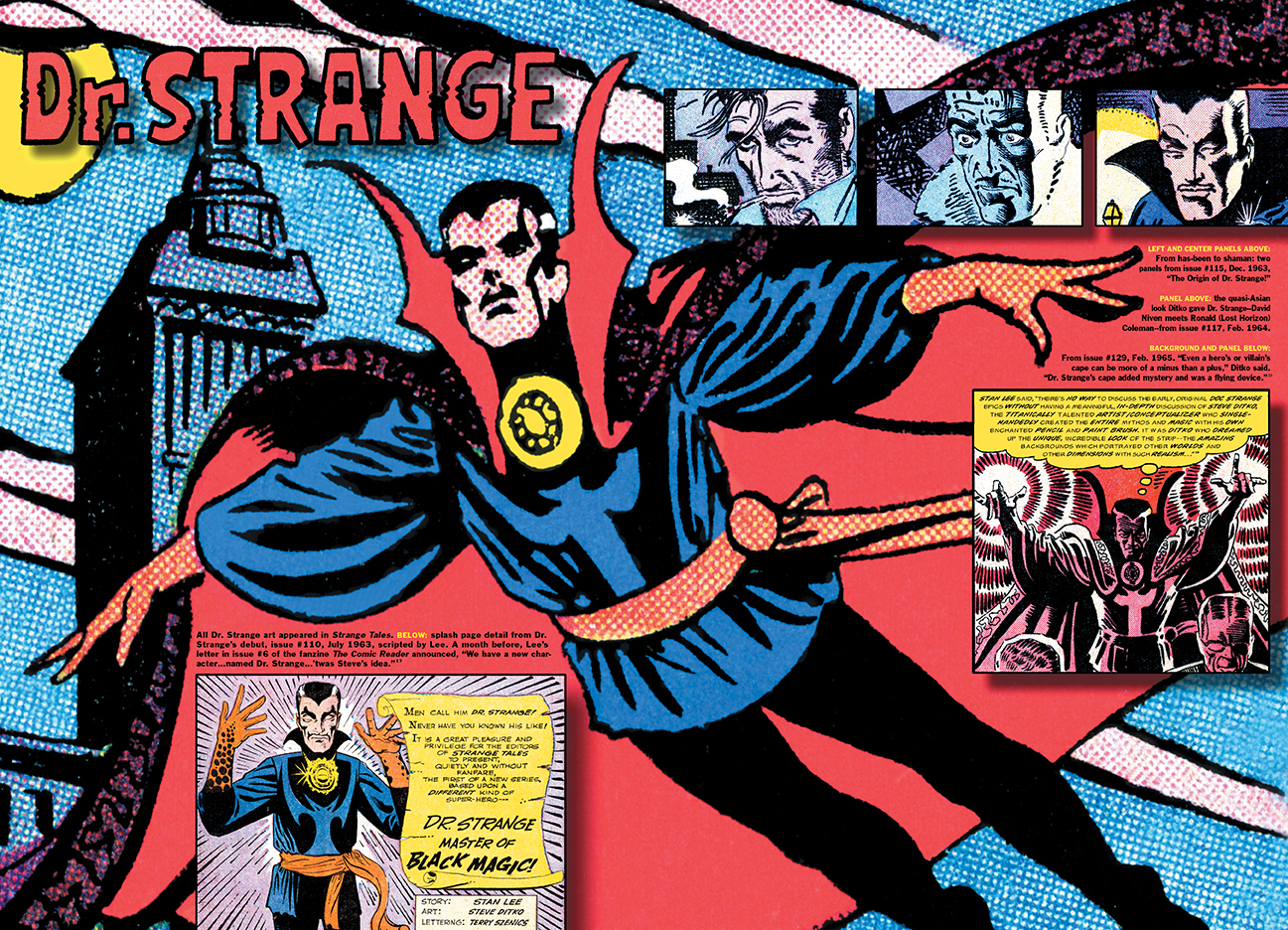 Prior to his co-creation of Spider-Man with Marvel Comics’ writer/editor Stan Lee in 1962, Steve Ditko’s artistic milieu mirrored the struggle between good and evil, ugliness and beauty, age and youth, the weak versus the strong. Thus, his groundbreaking depiction of Spider-Man went against type by portraying the everyman, the loner, the underdog — i.e., the teenager — as superhero, and hence super-antihero, the Silver Age’s most popular. Yet, somewhat paradoxically, Ditko made Spider-Man a tour-de-force of the superhero genre itself, featuring creatively choreographed fight scenes and acrobatic derring-do that took full advantage of the traits inherent in the hero’s arachnid namesake. 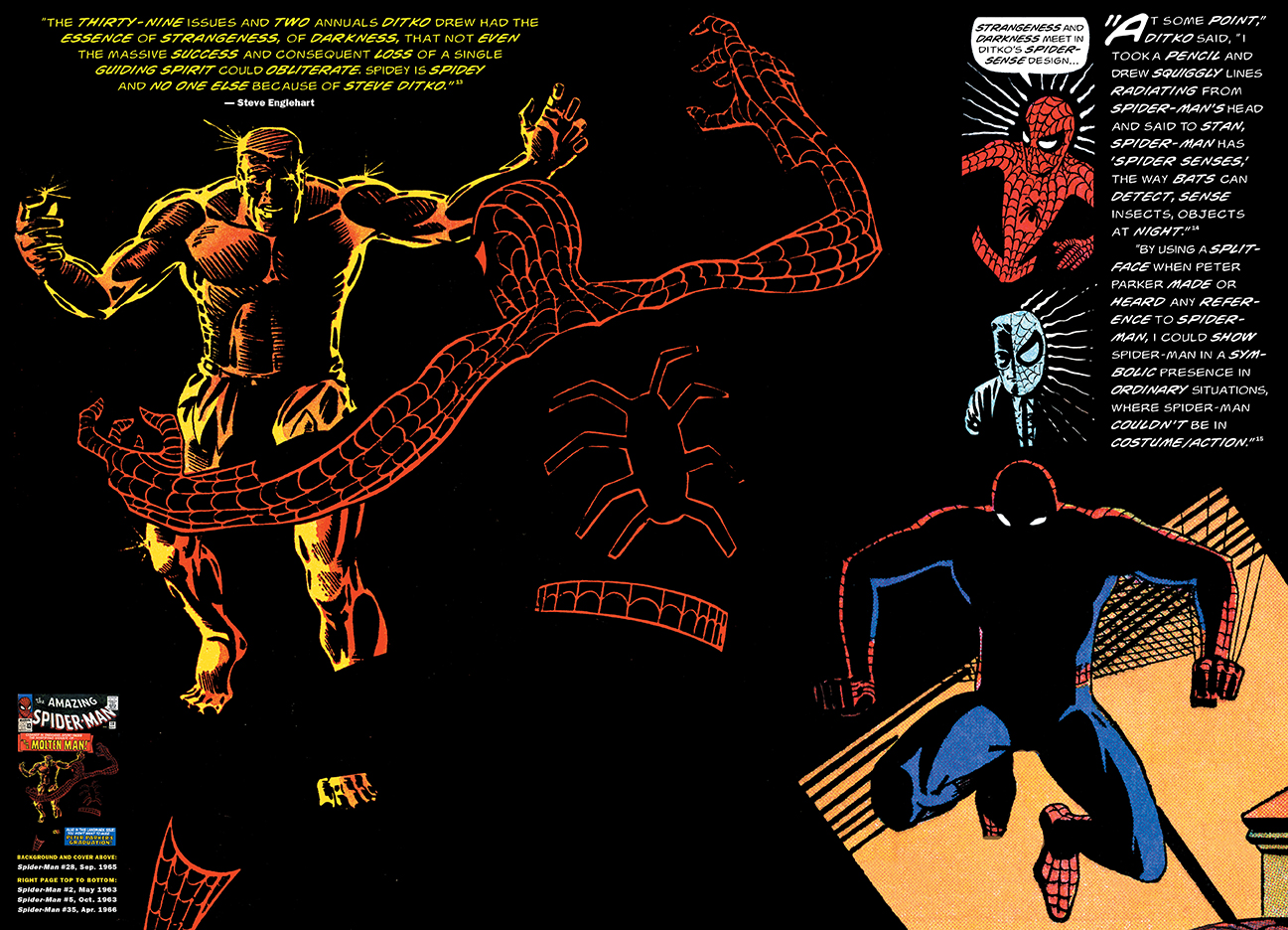 With his creation of the super-sorcerer Dr. Strange, Ditko explored the darker worlds of mysticism and the occult. To a generation weaned on American pop culture’s more mundane depictions of reality, a step into the pages of Dr. Strange proved to be a surrealistic journey through the wondrous worlds of Ditko’s artistic imagination, in which form was given to bizarre dimensions and alternate realities that can be seen as precursors to the San Francisco psychedelic poster school of the late-Sixties. 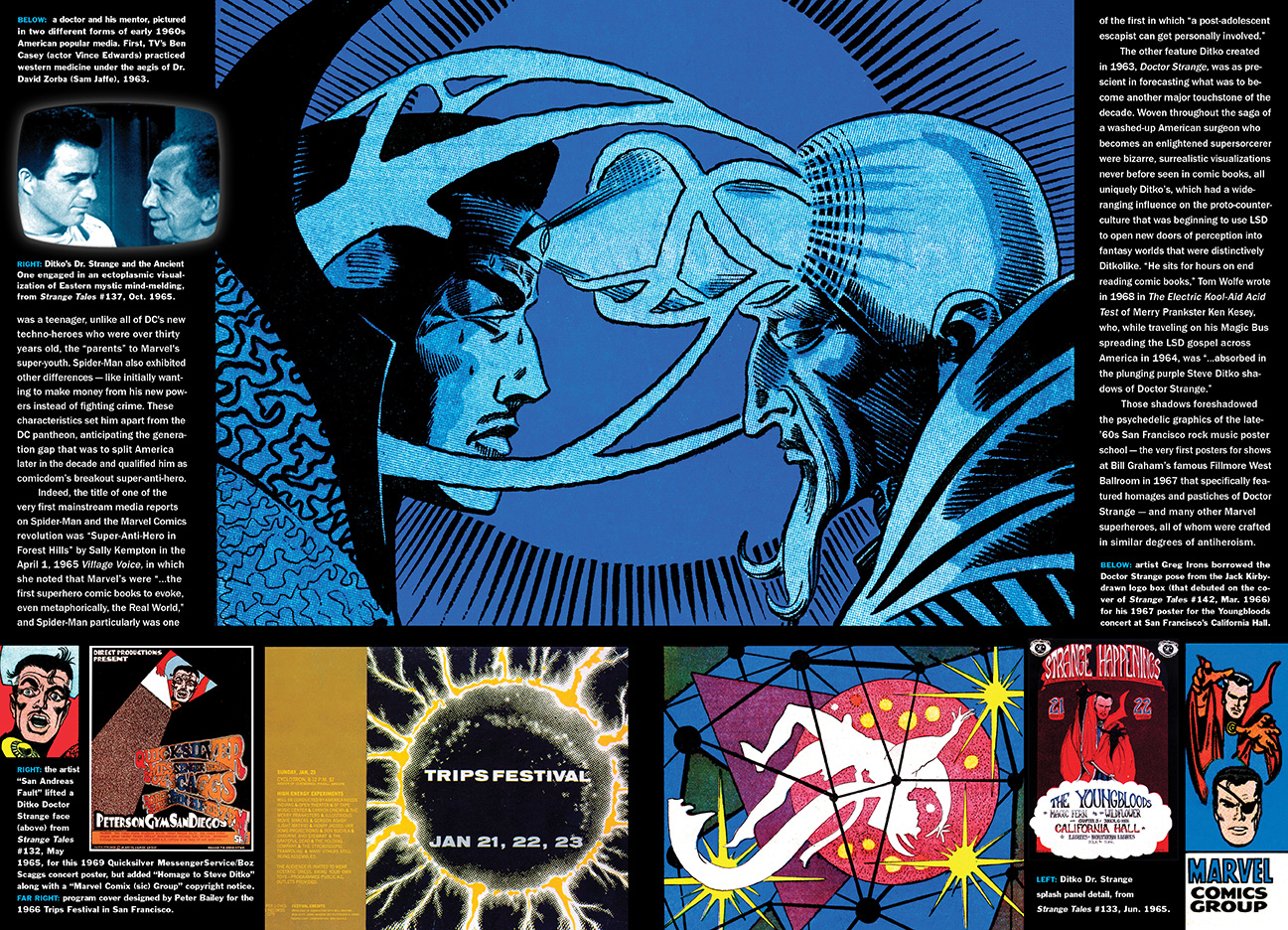 After Ditko left Marvel in 1966, he created the Creeper and the Hawk and the Dove for DC Comics, that, if not on the same level of popularity as his previous Marvel heroes, have nevertheless endured to entertain new readers — as have his iconoclastic, enigmatic twin antiheroes, Mr. A and the Question, who remain as controversial in concept today as they were when Ditko first created them in ’67. 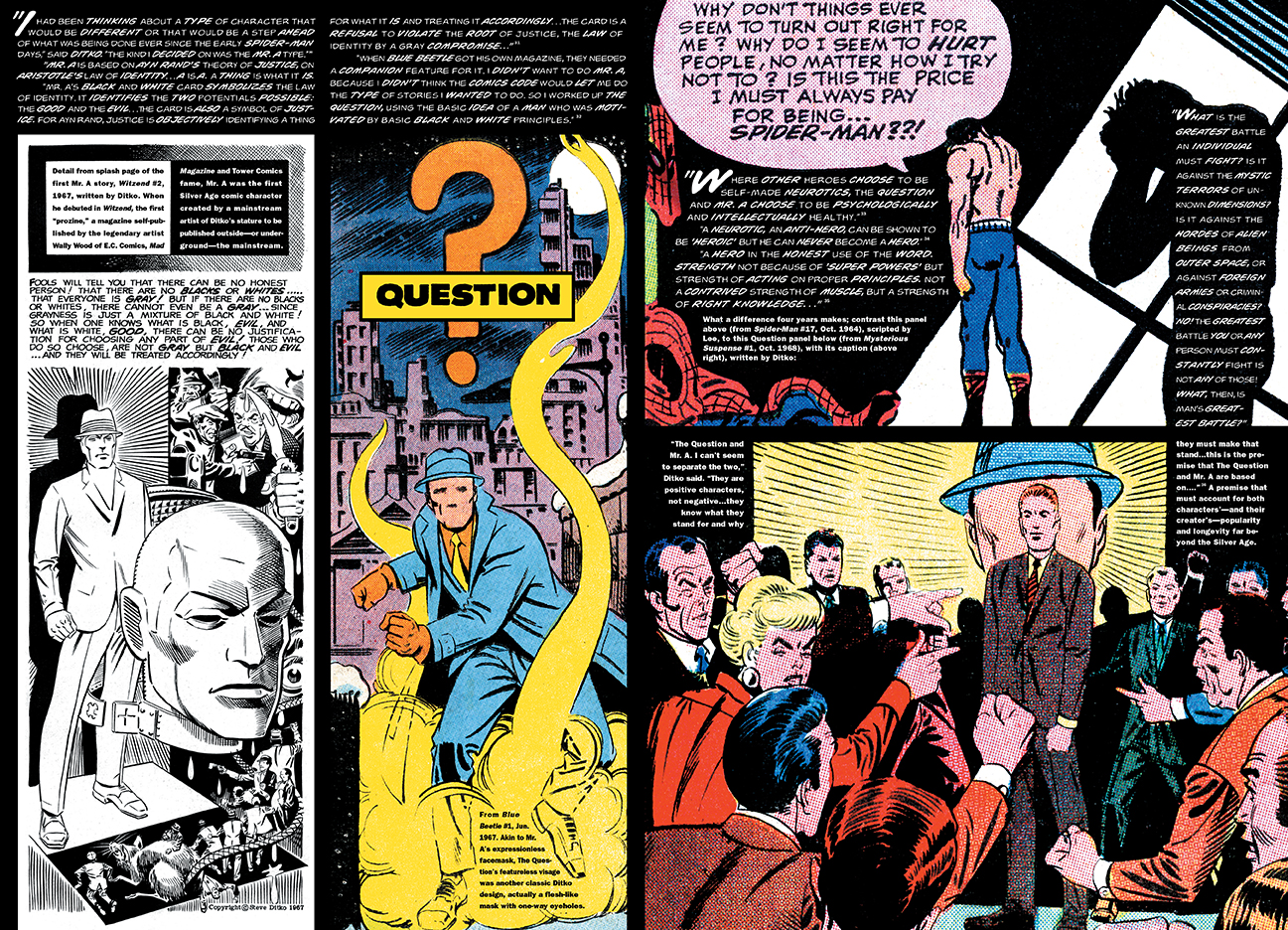 The influence and ubiquity of Ditko’s Silver Age work stand in stark contrast to Ditko’s personal withdrawal from the public events, photographs and interviews befitting a creator of his stature. “I’m a cartoonist in the comic book business,” Ditko said in 1968, ”not a performer or personality in show business. When I do a job, it’s not my personality that I’m offering the readers, but my artwork. It’s not what I’m like that counts, but what I did and how well it was done. I produce a product, a comic art story. ‘Steve Ditko’ is the brand name.” 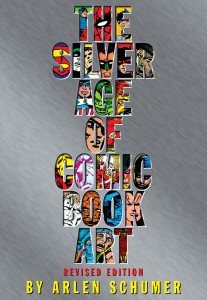