CARMINE INFANTINO: The Artist Who Rode the Lightning

Some Flash Facts about the great Carmine Infantino… 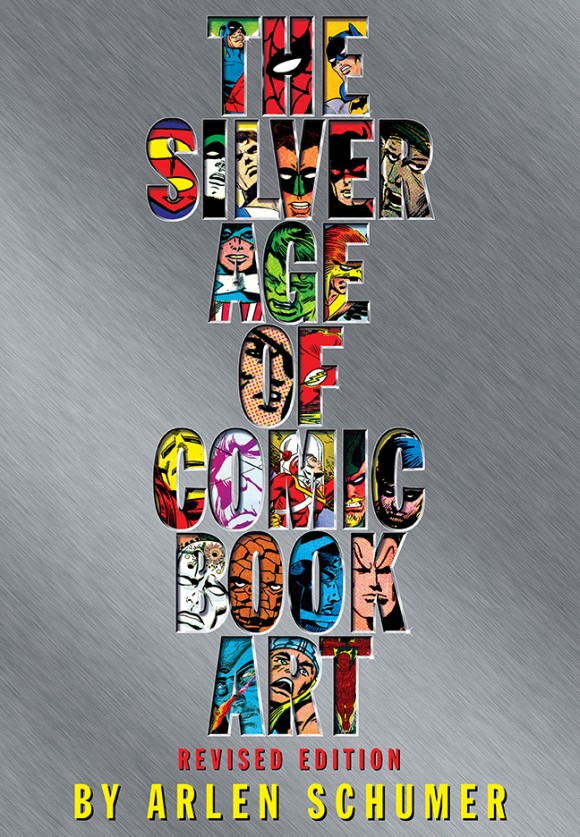 UPDATED 5/24/20: The late Carmine Infantino was born 95 years ago, so we’re re-presenting this fine 2014 tribute by Arlen Schumer. Enjoy! And for 13 COVERS: A CARMINE INFANTINO Birthday Celebration, click here. — Dan

FROM 2014: Arlen Schumer’s The Silver Age of Comic Book Art is revised and back in print, a lustrously illustrated hardcover coffee-table book. This is a volume that is, as they say, in our wheelhouse, filled with gorgeous illustrations, commentary and historical tidbits.

For the next nine weeks we’re serializing excerpts from nine chapters, shining a deserving spotlight on greats like Infantino, Ditko, Kirby, Steranko, Adams and more.

Personally, I’m an enormous fan of Carmine Infantino, who more than any artist defined the DC look of the Go-Go ’60s. I’m honored to start the series with him. (Of course everyone’s talking about The Flash TV show, so the timing’s great too!)

With no further delay, here’s Arlen, along with some fizzy and whizzy illustrations. (And if you want to order the book — and you do — info is at the bottom) — Dan:

Though he had drawn for many comic-book publishers since he was a teenager in the 1940s — the Golden Age of Comics — Carmine Infantino’s style matured at DC Comics by the mid-’50s to make him the premiere DC artist of the Silver Age.

He earned this title with his absolutely modern delineation of the first true Silver Age superhero, super-speedster the Flash in 1956. His two-dimensional depictions of speed and motion — among many graphic innovations Infantino developed during his 11-year run on the strip — remain benchmarks in the comic book medium. 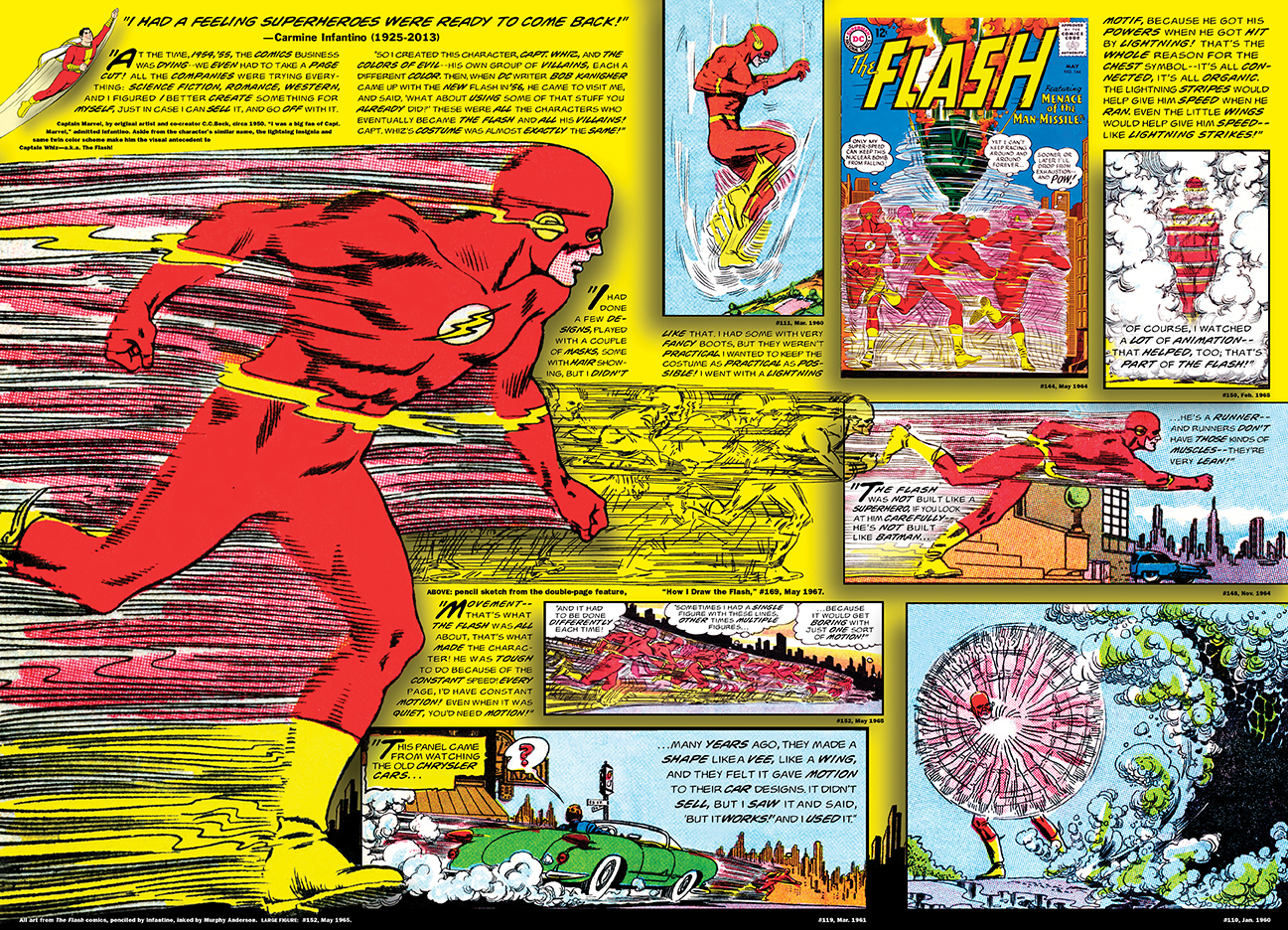 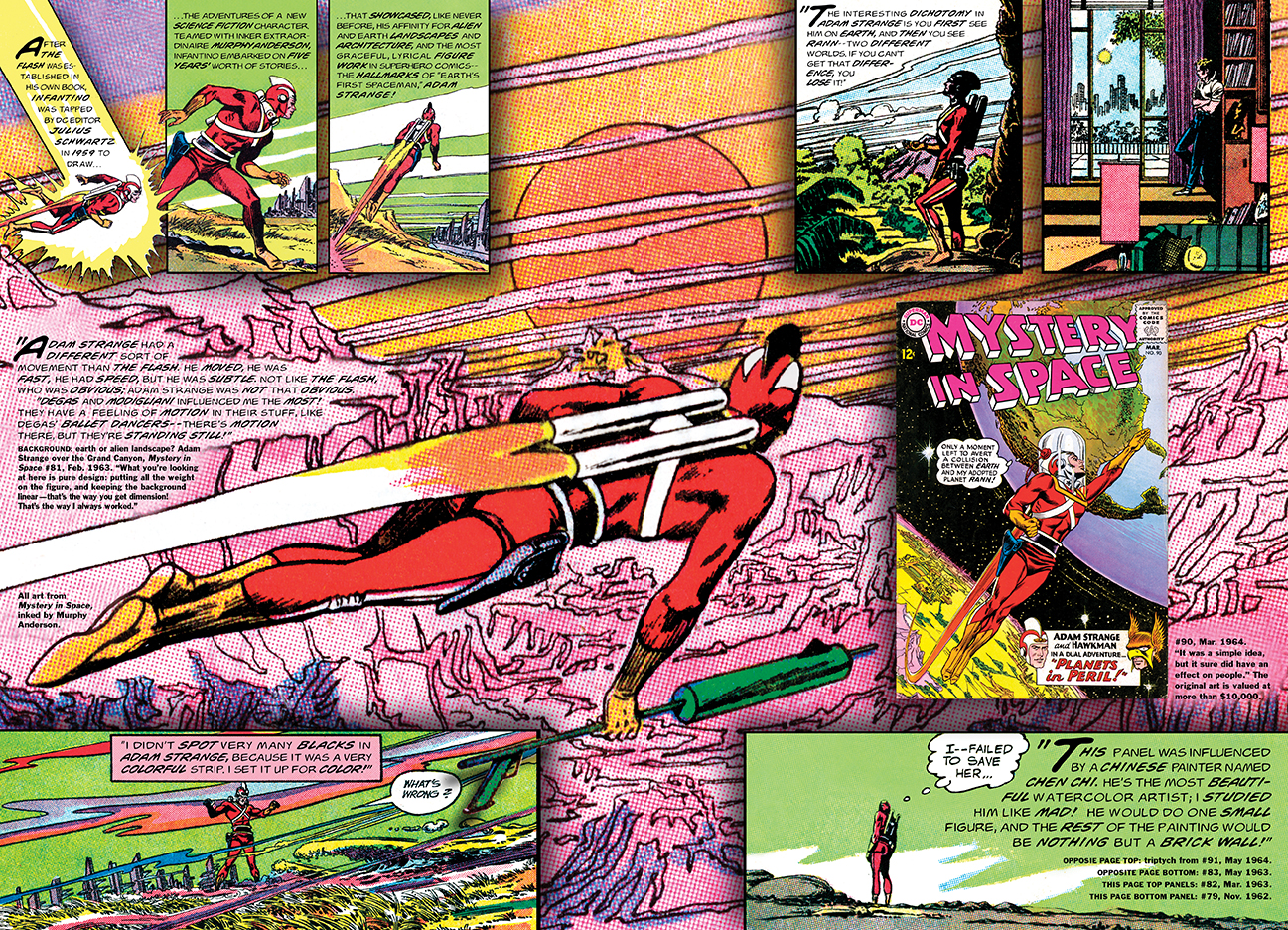 Infantino’s striking and successful cover designs for Batman and a myriad of DC titles led to his being named art director in 1967, then subsequently editorial director, publisher and finally president of DC Comics, setting the style for the company and leading it into one of the most fertile, creative periods in its history. 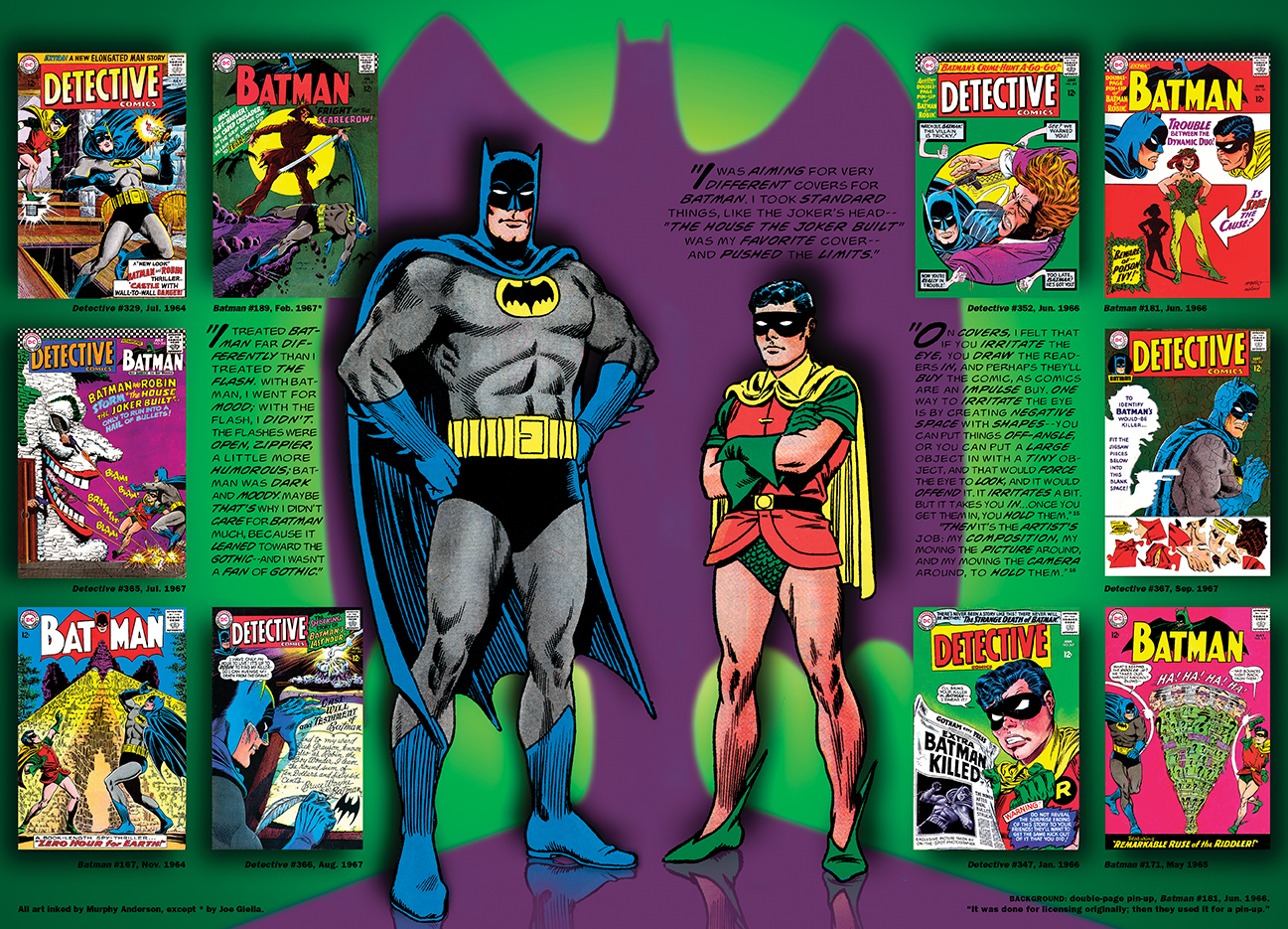 Though he was the first artist to attain such heights in the history of comics, it came with a price: the de facto loss of Infantino the comic book artist.

“The enigma of my art is it never fully matured,” Infantino said in his autobiography. “I stopped drawing in favor of attaining the executive positions. My artwork is an unfinished symphony, a painting never completed, a baby never raised. I’m not lamenting the creative loss; nobody forced me to stop drawing. What direction my unfinished symphony might have taken remains a mystery.”