BATMAN #321 by WEIN and SIMONSON to Get Facsimile Edition

So it’s ROBIN WEEK (click here) but just like on Wednesday, we’ve got some straight-up Batman news for you: The fan-favorite Batman #321 by Len Wein, Walt Simonson and Dick Giordano is going to be released as a Facsimile Edition in June.

Dig the solicitation info, to be released officially by DC on Friday: 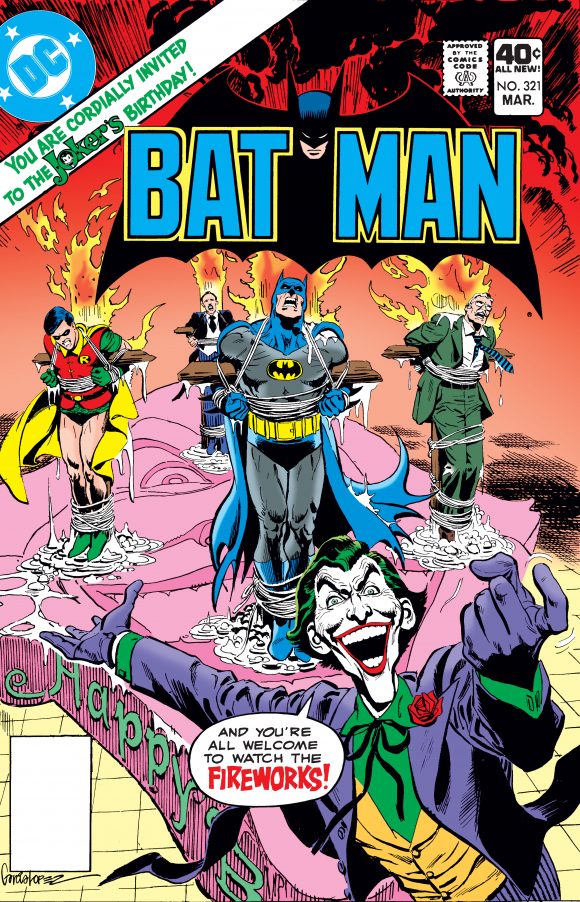 BATMAN #321 FACSIMILE EDITION
Written by LEN WEIN
Art by WALTER SIMONSON and DICK GIORDANO
Cover by JOSÉ LUIS GARCÍA-LÓPEZ
It’s The Joker’s birthday—and he’s celebrating by blowing up some of Batman’s partners in crime-fighting in this classic issue from 1980!
ON SALE 06.03.20
$3.99 US | 32 PAGES | FC | DC
Offered to coincide with Batman #96, the latest chapter of “Joker War.”

— My lord is that a fantastic creative team. I mean, come on. No wonder this is one of the most popular Joker stories of all time. By the way, the issue came out late in 1979 and carries a March 1980 publication date.

— The solicitation notes that it’s being released in tandem with Batman #96’s installment of Joker War. That’s cool. But it’s also noteworthy that this year is the Joker’s 80th birthday. (But you knew that.)

— Oh, and hey, Robin is in the issue — in keeping with ROBIN WEEK.

— This is one of two Facsimile Editions coming in June from DC. Want to know the other? Click here.

— Standard Price Comparison: An unslabbed, near-mint original recently sold on eBay for $37.85. The Facsimile Edition? Four bucks, as usual. With all the same ads and extras.

— Englehart and Rogers’ DETECTIVE COMICS #475 to Be Re-Released as Facsimile Edition. Click here.