ZLONK! ZOK! ZOWIE! The Subterranean Blue Grotto Guide to Batman ’66 – Season One is coming — and here’s your FIRST LOOK at the cover…

Hey, it’s ROBIN WEEK here at 13th Dimension, celebrating the Boy Wonder’s 80th anniversary — click here for much more on that — but we also have some straight-up Batman news for you.

You mighta heard around the Batcave that this was in the works, but coming this spring from Crazy 8 Press is ZLONK! ZOK! ZOWIE! The Subterranean Blue Grotto Guide to Batman ’66 – Season One, edited by Jim Beard, who also gave us the 2011 collection Gotham City 14 Miles: 14 Essays on Why the 1960s Batman TV Series Matters.

And here’s your FIRST LOOK at the groovy cover, designed by Sean Ali: 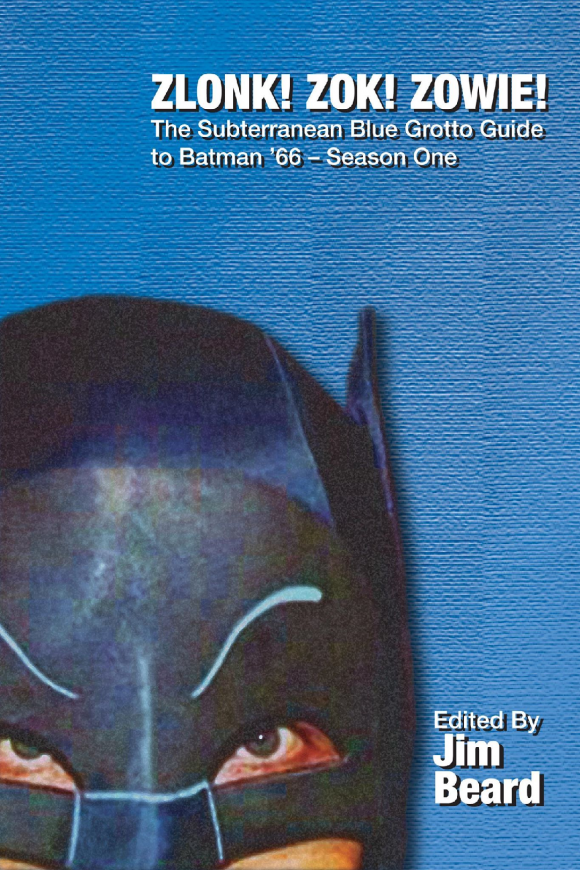 Oh, and I’m proud to be included in this company with an essay of my own. Especially since — and Jim doesn’t know this — Gotham City 14 Miles was one of several important inspirations in getting 13th Dimension off the ground back in 2013. (So you can thank him or blame him. Your choice.)

For more information, stay tuned to Crazy8Press.com and 13th Dimension.