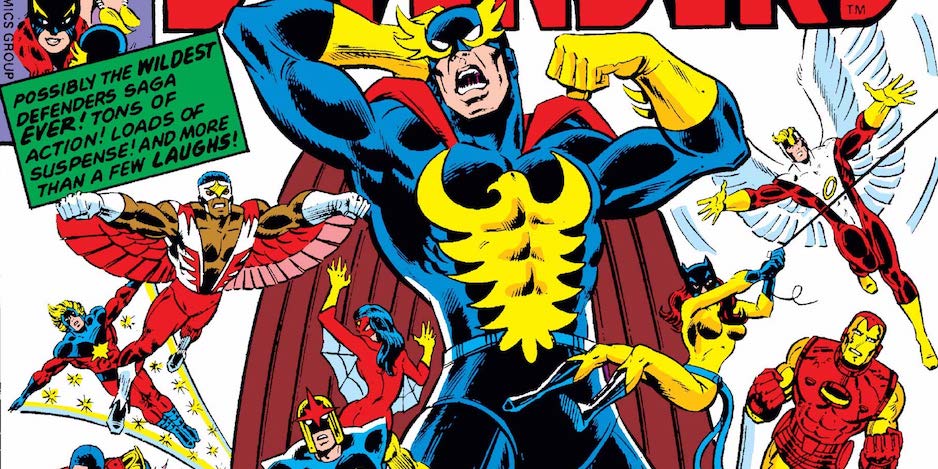 UPDATED 5/21/22: DC on Friday announced the Detective Comics #27 Facsimile Edition, due in August. Click here for the fancy details. Marvel, on the other hand, has been back in the Facsimile Edition game for a while now. With that in mind, we re-present this piece by Anthony Durso from September 2019. The only thing I’d add is that Werewolf By Night #32 has by now been published as a Facsimile Edition. The rest we’re still hoping for! Dig it. — Dan

Man, we dig Facsimile Editions in these parts — those groovy full-on reprints that include ads, lettercols, backups and whatnot. They’re like little time capsules of comics history for maybe four of five bucks a pop.

I invited 13th Dimension contributor Anthony Durso to take on the task since his column 13 CLASSIC COMICS RUNS THAT NEED BOOK COLLECTIONS (click here) and its sequel (click here) were such big hits last year.

By the way, Anthony’s the owner of the awesome Retropolis Tees (click here) and The Toyroom toy package customizing company (click here). Check ’em out! 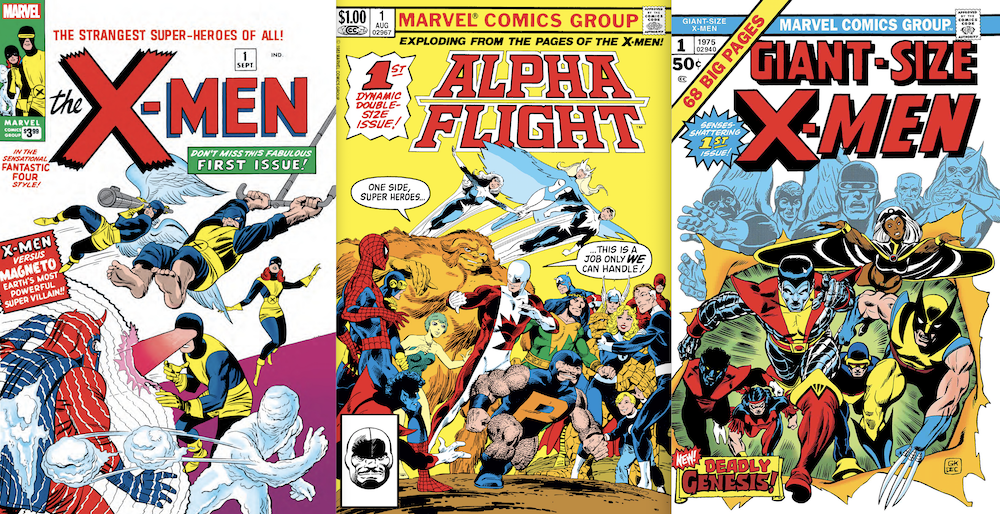 Oh, and one more thing: The fine folks at Marvel have provided us a stack of recent Facsimile Editions to give away to you, dear reader, including X-Men #1, Giant-Size X-Men #1, X-Men #137, Alpha Flight #1 and The New Mutants #98. All you need to do is put your idea for a future Facsimile Edition in the comments below and if we dig your response, we’ll send you a random issue while supplies last.

Now, here are 13 MARVEL FACSIMILE EDITIONS WE’D LIKE TO SEE:

Werewolf By Night #32 (Aug. 1975). It seems that every eight months or so, Marvel reboots Moon Knight with a new series. In fact, there might very well be one launching… now. So why not reprint MK’s first appearance in Werewolf by Night? 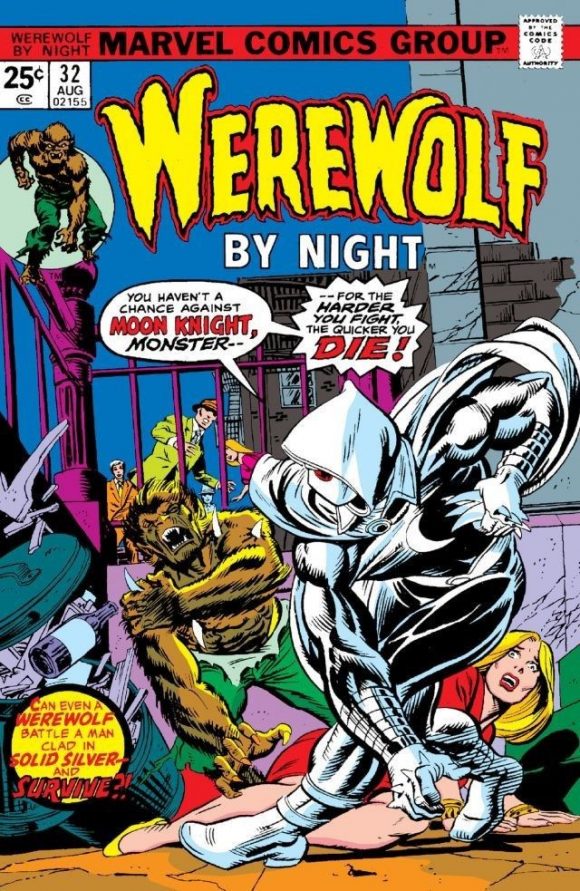 Marvel Premiere #1 (April 1972). Adam Warlock was hinted at in the end credits of Guardians of the Galaxy Vol. 2. Will he finally make his MCU appearance in GOTG Vol. 3? If he does, this would be a great tie-in to re-release. 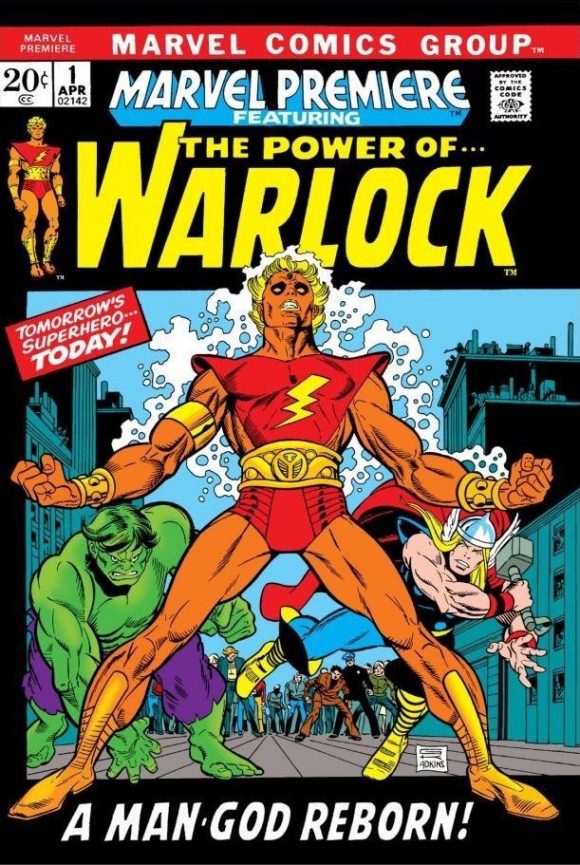 Captain America #193 (Jan. 1976). Admittedly as a kid I had no use for Jack Kirby or Captain America. But I couldn’t escape this image. It was everywhere on Mead notebooks and binders and is one of the most iconic Cap covers ever. I’ve long since come around to my appreciation for Cap ‘n’ Jack and am finally ready to read the beginning of the Madbomb Saga. Plus… The Falcon! 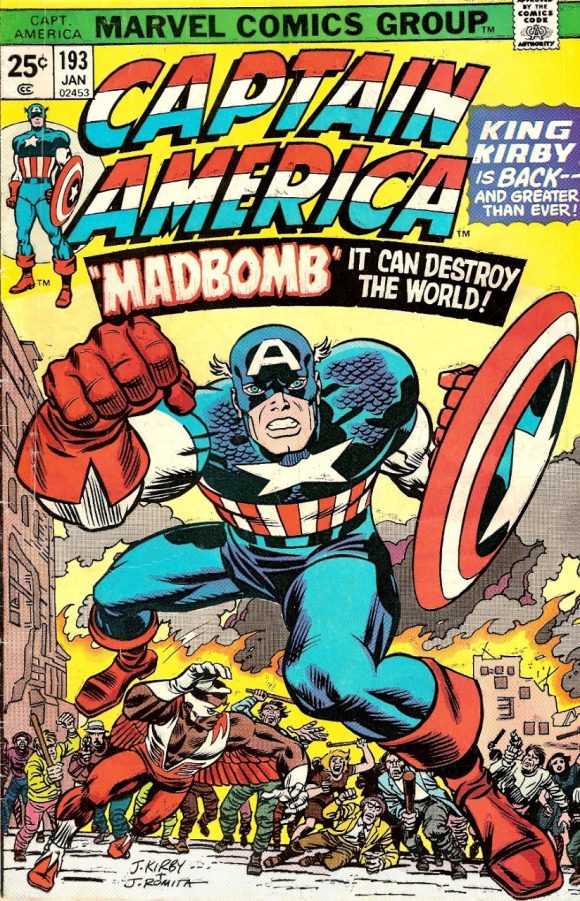 Avengers #141 (Nov. 1975). Another comic that was immortalized by Mead back in the Bronze Age. And also another dynamic cover on this list by the legendary Gil Kane (Collect ‘em all!). Inside, there’s the JLA analogues the Squadron Supreme, er, Sinister, aptly drawn by a young George Perez. Who wins this battle? The fans! 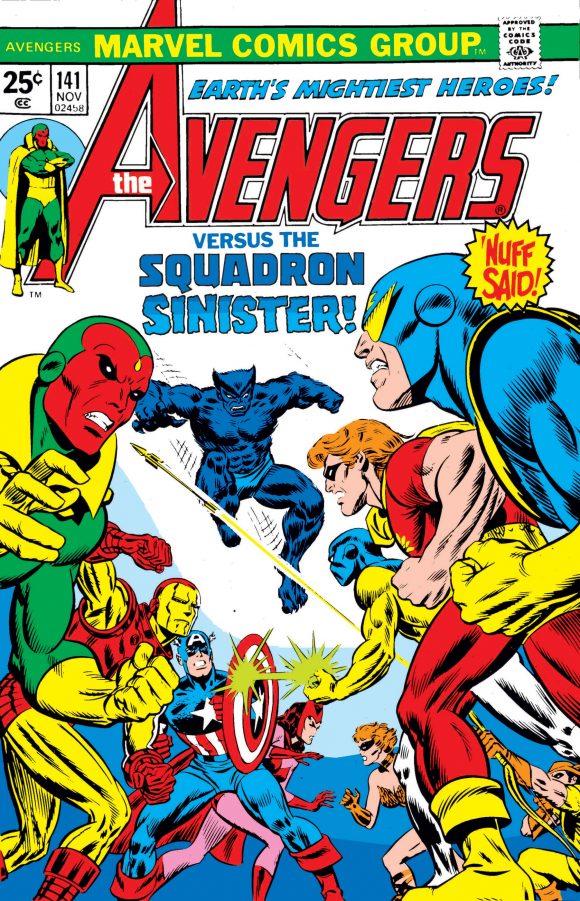 Marvel Team-Up #4 (Sept. 1972). This was one of my first encounters with the original X-Men team (minus the Beast, who was busy elsewhere), courtesy of a reprint in Marvel Treasury Edition #18. But I’d love a fascimile edition complete with ads under yet another Gil Kane cover. 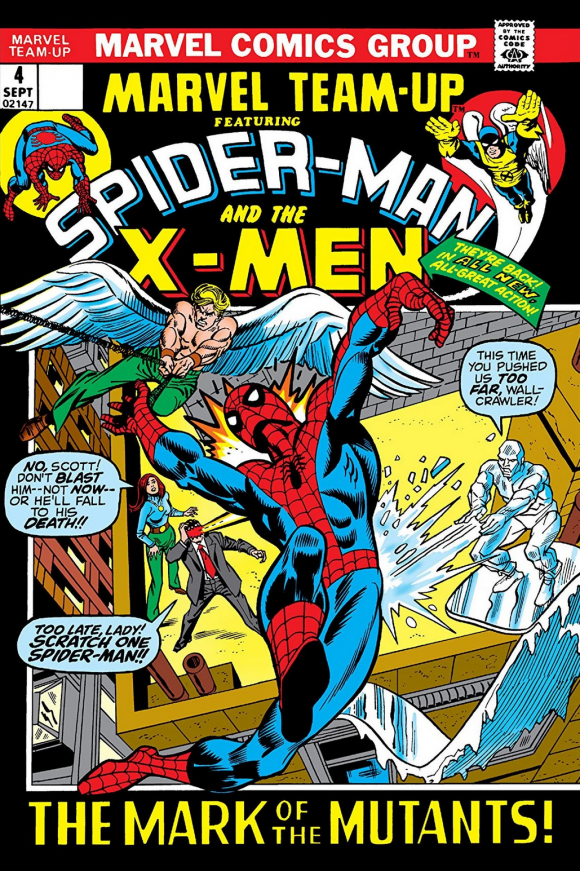 Thor #337 (Nov. 1983). Much like Captain America, I really wasn’t a Thor fan during the ’70s. Walt Simonson changed all that with this groundbreaking issue. Why hasn’t Marvel reprinted this already? 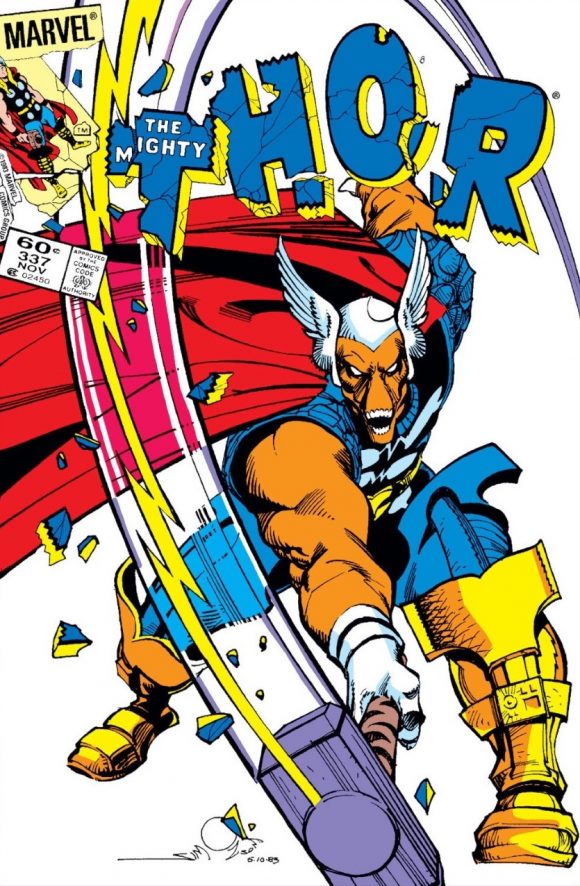 Micronauts #1 (Jan. 1979). Conan the Barbarian recently returned to the House of Ideas after 18 years abroad. So it’s not a stretch of the imagination that one day the Micronauts (most recently at IDW) may return as well. And when they do, this reprint should herald their comeback. 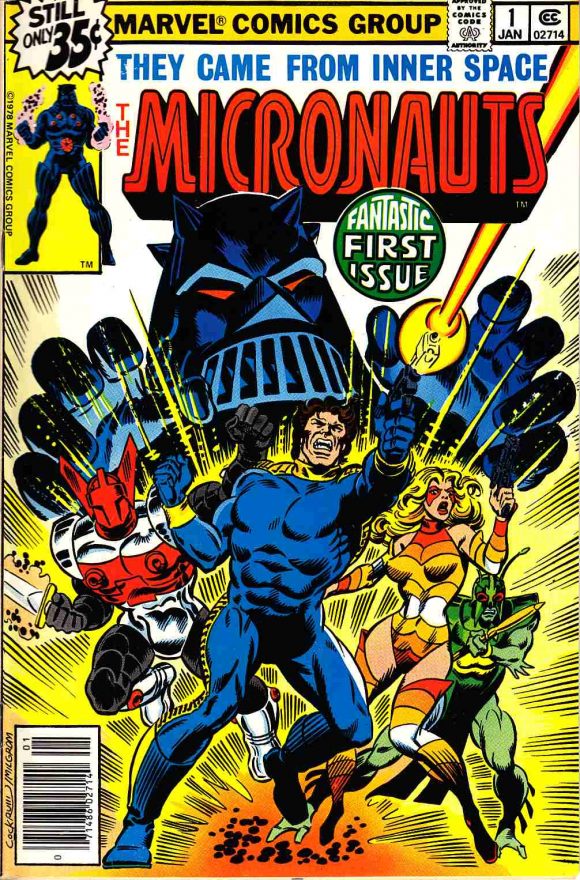 Captain Marvel #34 (Sept. 1974). It’s been 37 years since the Kree warrior Captain Marvel died of cancer, as shown in Marvel Graphic Novel #1: The Death of Captain Marvel (1982). That disease was brought on by a canister of toxic gas that Mar-Vell inhaled as a result of his battle with Nitro in this very Issue. Time for a facsimile edition. 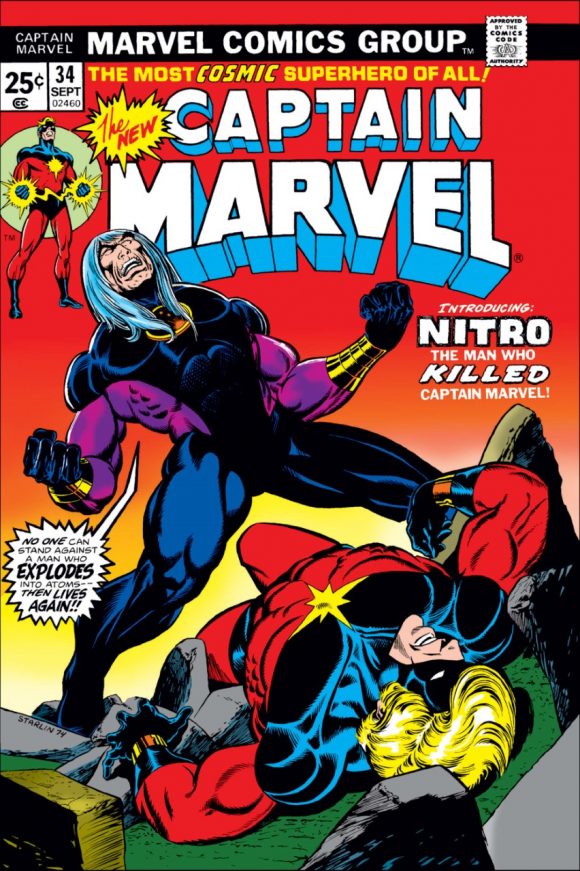 X-Men #111 (June 1978). I got to read this issue very briefly in sixth grade and it was my intro to the modern mutant team. The skewed circus versions of the X-Men (under the control of Mesmero) are enough to warrant a re-read but it’s the killer last page of – surprise! — Magneto by John Byrne and Terry Austin that seals the deal. 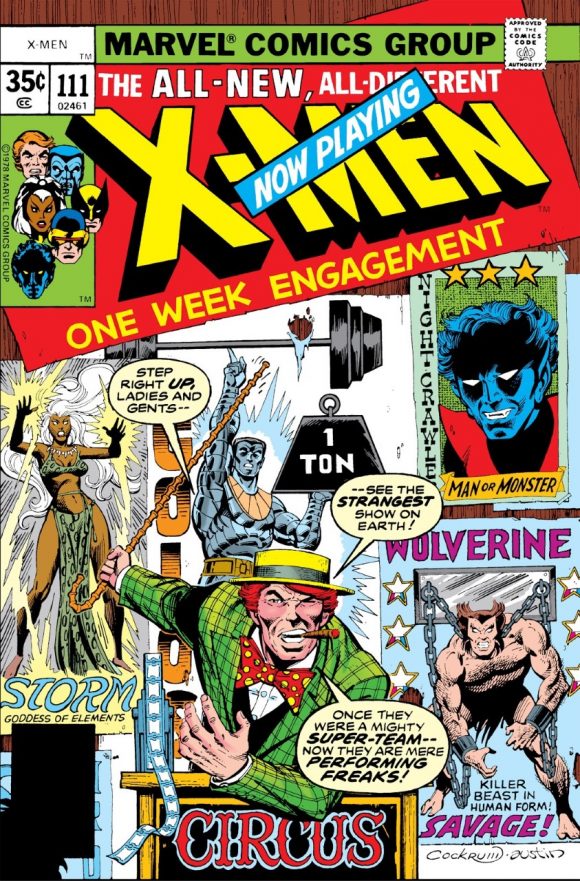 Daredevil #158 (May 1979). Frank Miller’s first work on Daredevil. Although the story (script by Roger McKenzie) wraps up the Death-Stalker Saga, it’s pretty clear that bigger and better things are yet to come for Ol’ Hornhead and maybe this Miller kid will have something to do with it. 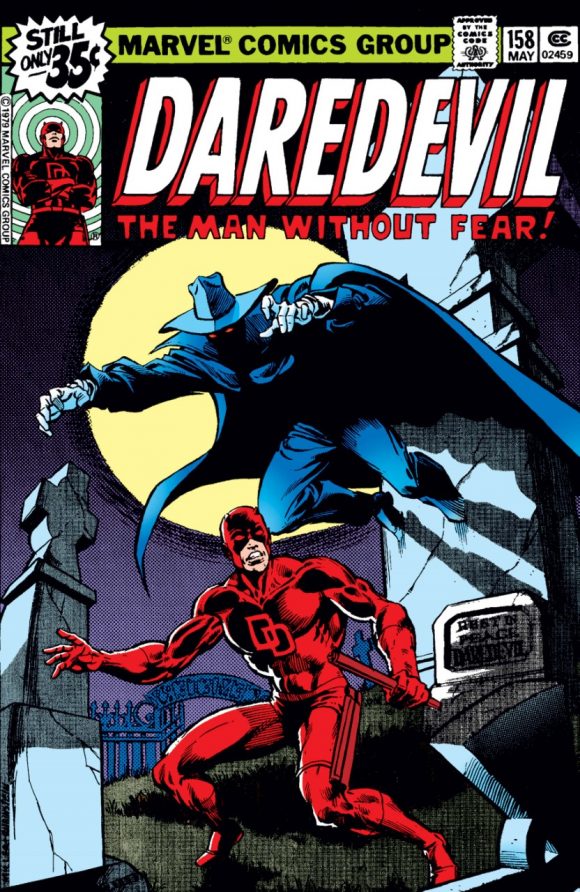 Defenders #62 (Aug 1978). The first installment of the 3-part Defenders for a Day story introduced me to a ton of Marvel super-heroes. Plus it’s got one of my favorite covers of the Bronze Age! Strange Tales #169 (Sept. 1973). It’s only a matter of time before Brother Voodoo shows up on the big screen in the MCU or a TV show, so a reprint of his first appearance wouldn’t be out of the question when he does. Amazing Spider-Man #181 (June 1978). I always thought that this issue (which completely covers Spider-Man’s origin, his history, and his friends and foes) would’ve been a better 200th issue than the one we got. And strangely enough, yet another cover by Gil Kane. That guy sure got around!