A rip-roaring roster of revelatory reprints… 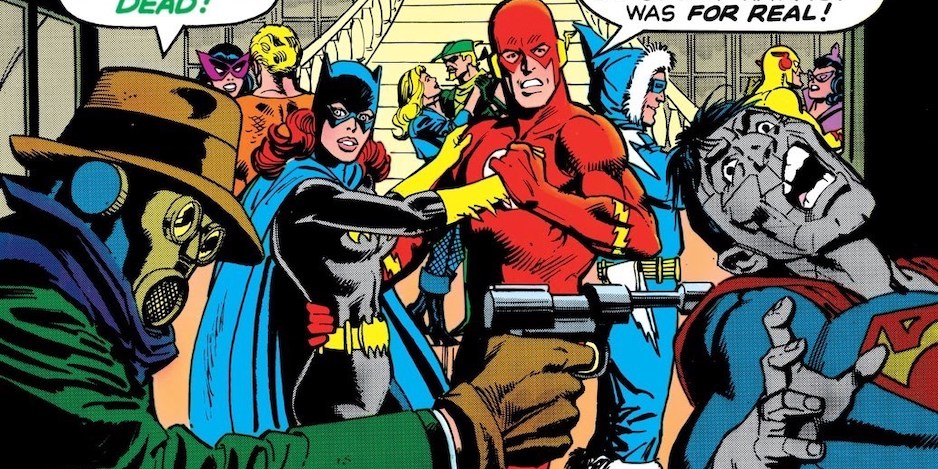 UPDATED 5/20/22: DC on Friday announced the Detective Comics #27 Facsimile Edition, due in August. Click here for the fancy details. Hopefully, it heralds the return of DC’s Facsimile Edition program. With that in mind, we re-present this piece by Anthony Durso from September 2019. The only thing I’d add is that the final comic on the list has been released as a Dollar Comic — but that’s not the same as a Facsimile Edition, which includes the original ads and whatnot. Dig it. — Dan

Ah, Facsimile Editions. The original ads! The letters columns! The back-up features! The whatnot! For cheap!

As promised, here’s his follow-up: 13 DC FACSIMILE EDITIONS WE’D LIKE TO SEE.

Batman #227 (Dec. 1970). While this issue sports an iconic cover by Neal Adams — an homage to Detective Comics #31 — it’s Irv Novick who handles the art, with inks by Dick Giordano. (Script by Denny O’Neil.) Although Novick doesn’t have the street cred of Adams, he’s an unsung hero of Bronze Age Batman. See for yourself if DC reprints this gothic classic. 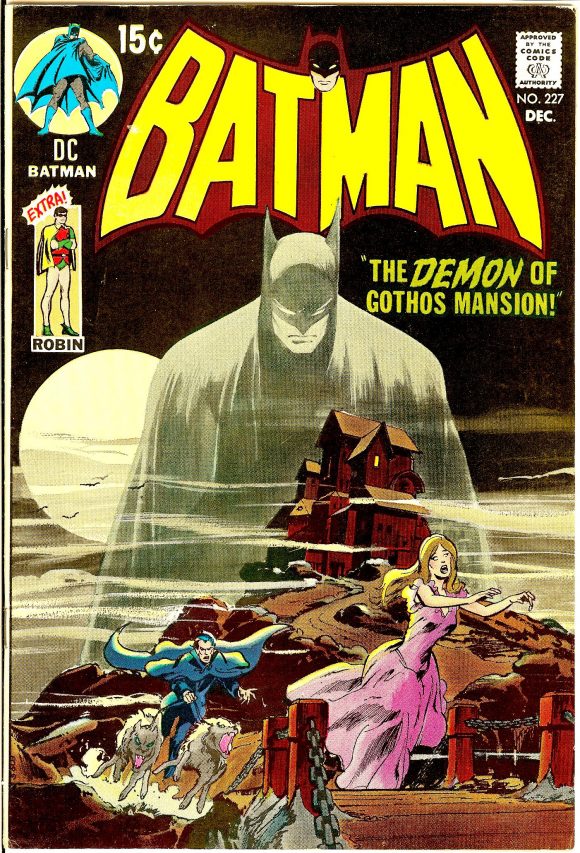 All-Star Western #10 (March 1972). Meet the man called Jonah Hex, the most tenacious bounty hunter of the Old West. Jonah’s been around for a while now and pops up when you least expect it. Which might not be so good for you, depending on which side of the law you’re on. His DNA is far-reaching in the DCU: Besides his own adventures in the 21st century, Jonah’s great-great-granddaughter Jinny Hex is currently a member of Young Justice. 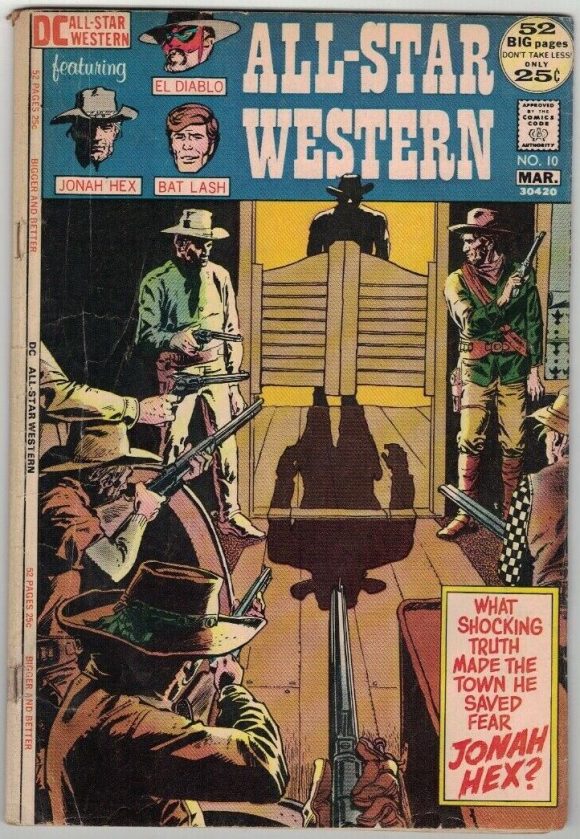 Superboy #197 (Sept. 1973). The Legion of Super-Heroes officially joins Superboy! (The actual title change didn’t take place until Issue #221.) This is really the jumping-on point for the Bronze Age LSH and modern day Legion fandom, courtesy of writer Cary Bates and artist Dave Cockrum (who was eventually replaced by Mike Grell). With the Legion relaunch, this would be a great tie-in. 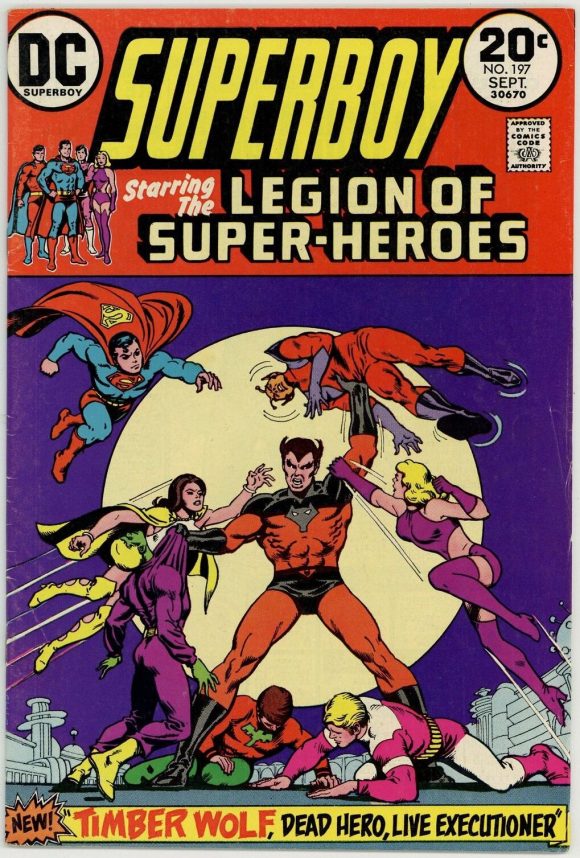 1st Issue Special #8 (Nov. 1975). Speaking of Mike Grell, his greatest creation, Travis Morgan aka Warlord, crash lands into the land known as Skartaris in this tryout issue. DC tried other sword-and-sorcery concepts during this era but Warlord is the only one with longevity. Time for a reprint, no? 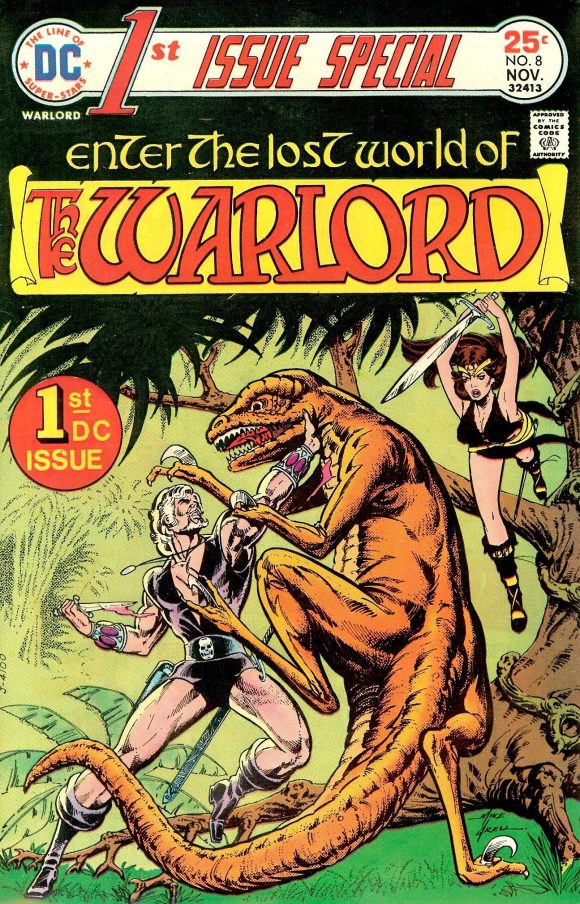 Amethyst, Princess of Gemworld #1 (May 1983). And speaking of sword and sorcery… Amethyst (aka Amy Winston) was a powerhouse in her own right in the ’80s. And although the concept has been rebooted a few times since then (including a current version featured in Young Justice), you can’t beat the original by Dan Mishkin, Gary Cohn and Ernie Colon. 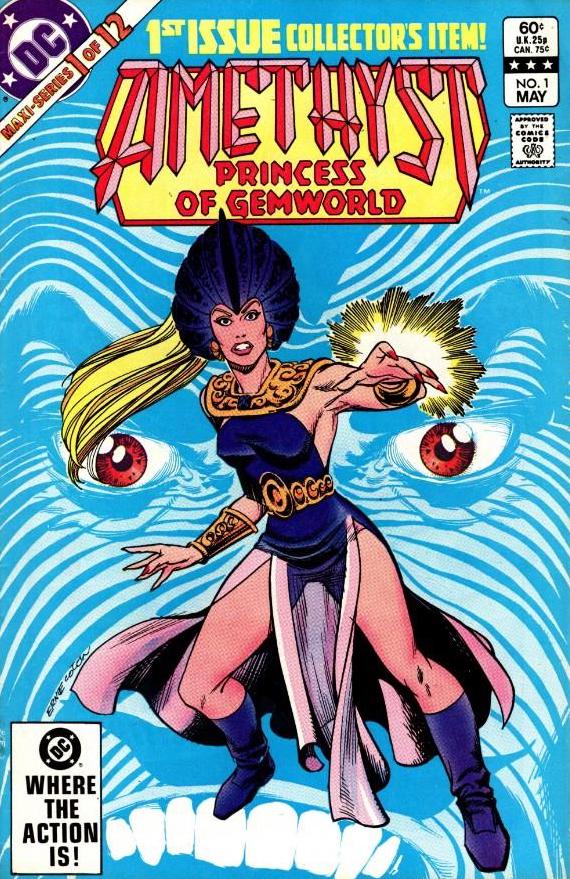 Black Lightning #1 (April 1977). Why isn’t there a Black Lightning ongoing to go along with the hit CW TV series? Ball dropped, it seems. But let’s get that ball rolling again with a reprint of his first appearance by Tony Isabella and Trevor Von Eeden. 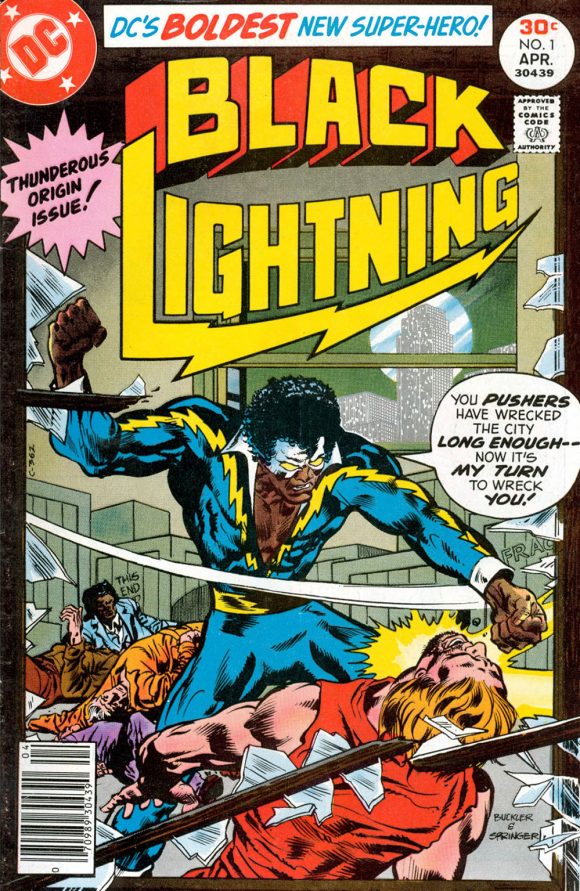 The New Teen Titans #1 (Nov. 1980). Titans is another TV series (on the DC Universe platform) that deserves a reprint of the source material. This was the company’s hottest title in the ’80s (by Marv Wolfman and George Perez) and really deserves a Facsimile Edition.

All-Star Comics #58 (Feb. 1976). The Bronze Age revival of the Justice Society – sans the JLA — begins here and features the additions of the Earth-Two Robin, the Star-Spangled Kid and Power Girl (collectively known as the Super Squad) to the team. The infusion of youth to the WWII stalwarts would be an influence on Infinity Inc. and the Geoff Johns run of JSA. Plus, who doesn’t love a good Earth-Two book? This is a good place to start – now that the Justice Society has returned. 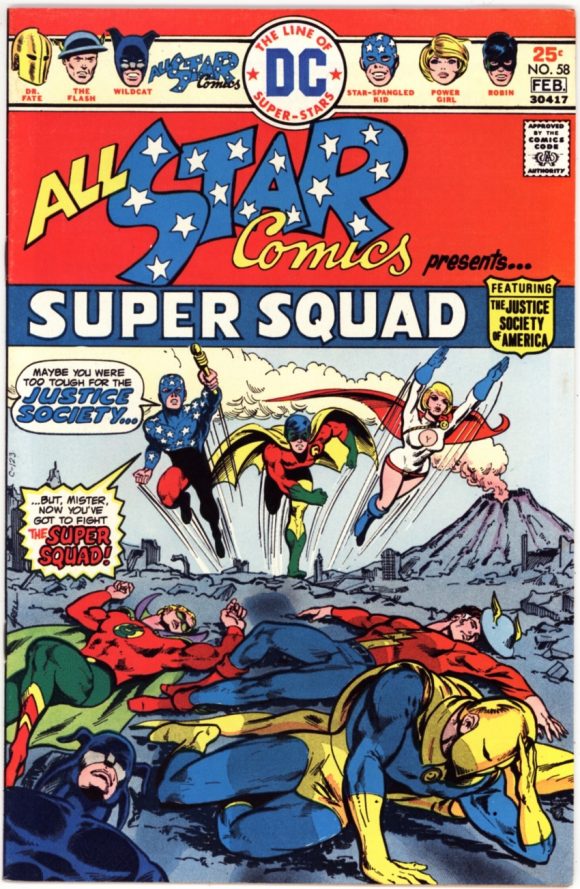 Super Friends #1 (Nov. 1976). Once upon a time, I wouldn’t be caught dead reading a Super Friends comic book. Now, I often crave stories from that simpler time. This first issue of the Hanna-Barbera cartoon tie-in – by E. Nelson Bridwell and Ric Estrada — has a lot going for it. Plus… the Human Flying Fish? Take my money! (Note from Dan: DC is planning a Super Friends hardcover collection. Click here.) 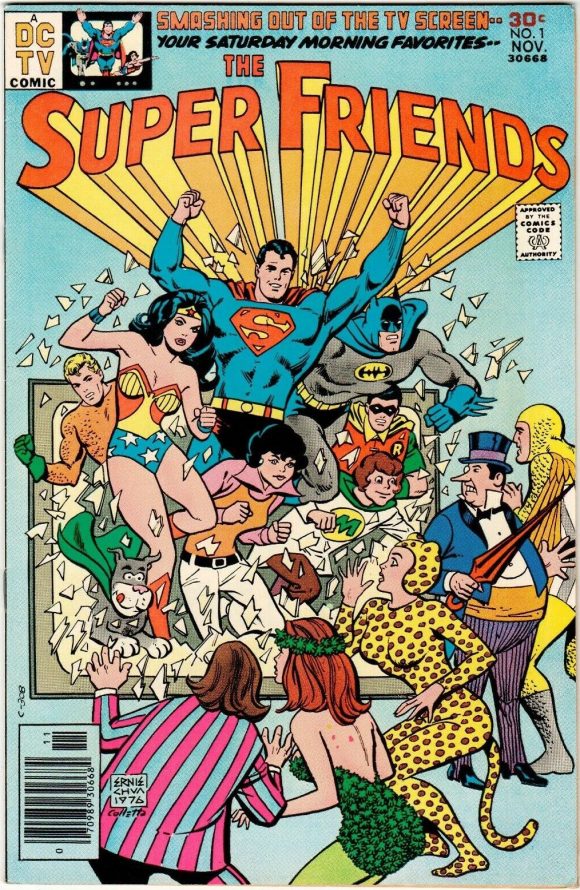 Justice League of America #100 (Aug. 1972). Arguably the greatest JLA/JSA team-up of all-time, this issue — the first of three parts, by Len Wein and Dick Dillin — also features the return of the Seven Soldiers of Victory and several guest-stars. You’ll love it so much, you’ll want DC to reprint 101 and 102 also! And isn’t everyone tired of squinting to read the reprint in DC Special Blue Ribbon Digest #11? Aquaman #63 (Aug.-Sept. 1979). My original copy was bought off the spinner rack about a year and a half after its initial release and was already curiously water stained. So, I need a new copy. Plus, Paul Kupperberg and the underrated Don Newton tackling the Aquaman/Ocean Master dynamics would be a perfect tie-in to the upcoming Aquaman movie sequel. We’re still getting that, right? The Flash #275 (July 1979). The Flash was a pretty happy-go-lucky hero until this issue, where the once shining beacon of the Silver Age is darkened by the death of his beloved Iris. Subsequent reinventions of Barry Allen (including the CW TV series) have played up the more tragic side of the Scarlet Speedster. This issue shows where it all started. Plus, it has one of my favorite covers of the Bronze Age — by Dick Giordano! 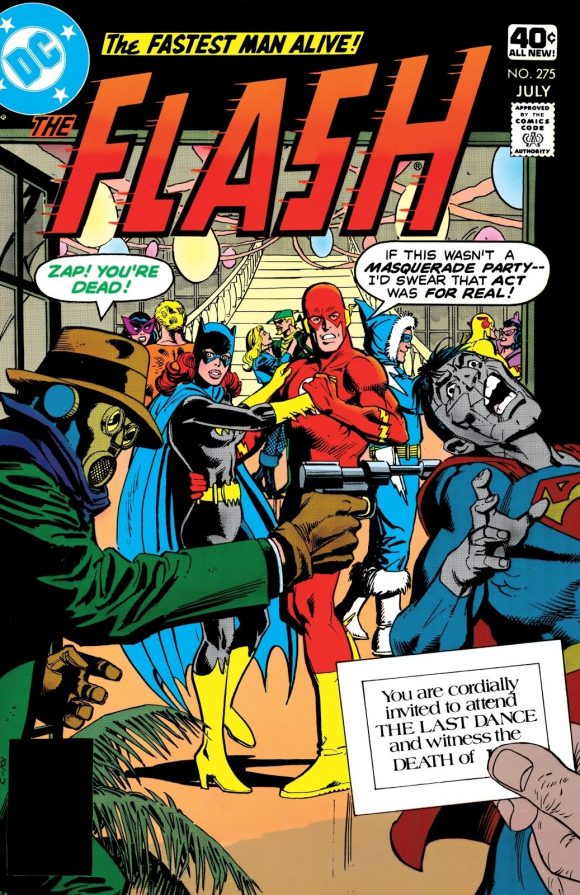 The Batman Adventures #12 (Sept. 1993). Has it really been 26 years already? Honestly, I wouldn’t be surprised if DC doesn’t already have this issue, containing the first comic-book appearance of Harley Quinn, on its Facsimile Edition schedule already. It’s one of the hottest modern DC back issues on the market and a cheaper reprint would be nice for those who have one but don’t want to crack it out of the bag and board. 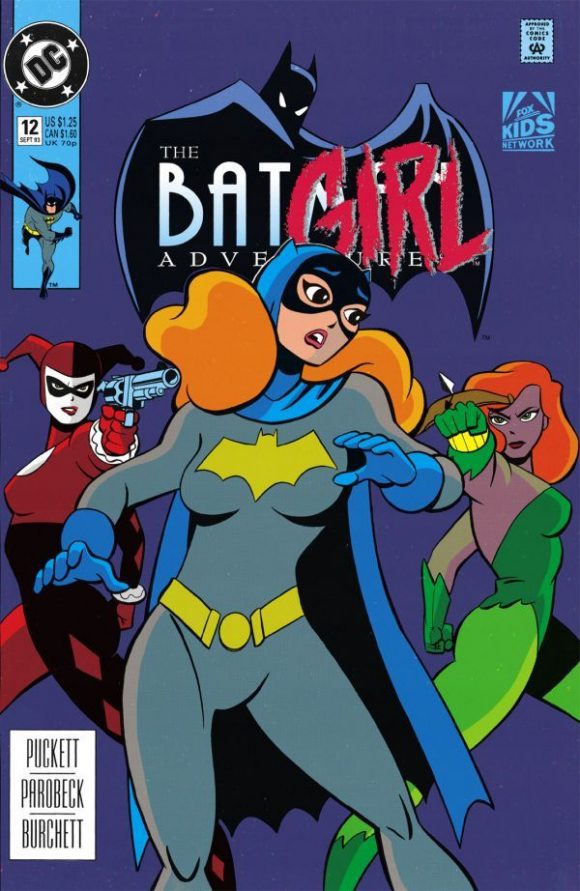