You would buy the hell out of these… 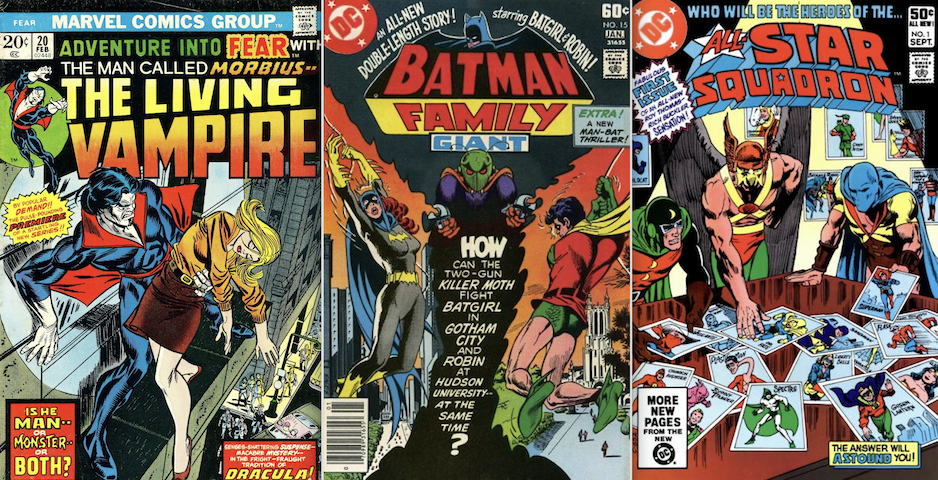 I’ve been saying forever that it’s a crime against comics that Steve Englehart and Marshall Rogers’ classic run in Detective Comics from the late ’70s is no longer in print. It’s not just that it’s a great story, it’s that it was so incredibly influential. It’s essential reading and should be perennially available as a de facto graphic novel like Batman: Year One.

When I talked to Englehart about it some time ago, he also pointed out that his Justice League of America run hadn’t been collected either. It has now — but it’s broken up in two Omnibus editions.

I personally would also love to see a collection of all the Batgirl/Robin team-ups from Batman Family (and elsewhere in the Silver and Bronze Ages) because not only are they wildly entertaining, they laid the foundation for what’s become one of comics’ great star-crossed romances. (DC is collecting Batgirl’s stories right now but a specific, affordable Batgirl/Robin volume would dandy, no? Yes.)

Anyway, our man Anthony Durso has a full list of 13 runs that demand collections — most of them never reprinted in any form. (On paper, at least. There are vast reservoirs of digital reprints but that’s a whole other matter — and reading experience.)

Daredevil and the Black Widow. From issue #92 to #107, Daredevil gained a co-star that got cover billing in the guise of former Russian spy Nastasha Romanov, aka The Black Widow. With scripts by Gerry Conway and Steve Gerber, the art was supplied by Gene Colan and Don Heck and featured this dynamic duo in San Francisco battling the likes of Kraven the Hunter, Man-Bull, The Dark Messiah, Ramrod and Angar the Screamer. And while these issues are part of two editions of Marvel Masterworks (Vol. 9 and 10) and one Essentials edition (Vol. 4), it’d be nice if they were all collected in one, full-color, affordable tome. 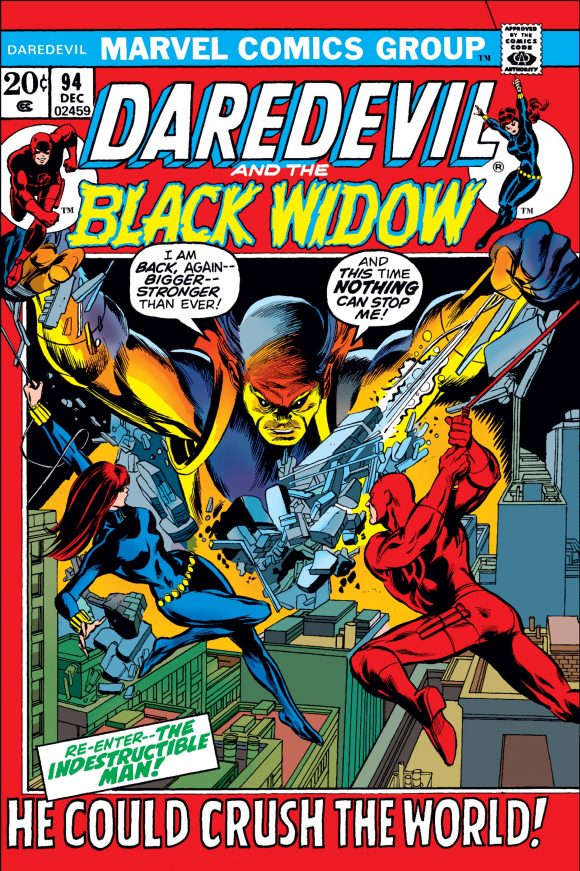 Superman and the Forgotten Heroes. Back in 1983, Marv Wolfman and Gil Kane reintroduced a group of DC’s Silver Age characters in the pages of Action Comics. Known informally as the Forgotten Heroes, the team consisted of Animal Man, Cave Carson, Congorilla, Dolphin, Rick Flag (of the Suicide Squad), Dane Dorrance (of the Sea Devils), Rip Hunter and Immortal Man. They only appeared in Action Comics #553, DC Comics Presents #77-78 (teaming with Superman against the Forgotten Villains) and Crisis on Infinite Earths #10 before they were…forgotten again. A collected edition could feature the aforementioned issues in addition to the first appearances of each character. 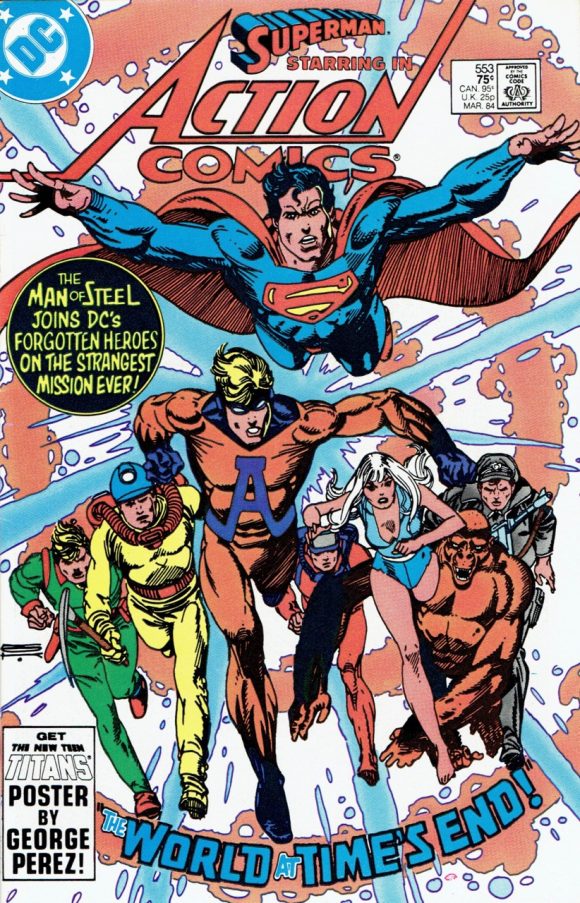 DC Comics Presents Omnibus Edition. Speaking of DC Comics Presents, it’s past due for a full-color omnibus treatment similar to the Bronze Age Brave and the Bold ones we’ve been getting. There were two Showcase Presents editions reprinting #1-26 and #27-50 but I’m over the black-and-white reprints, aren’t you? 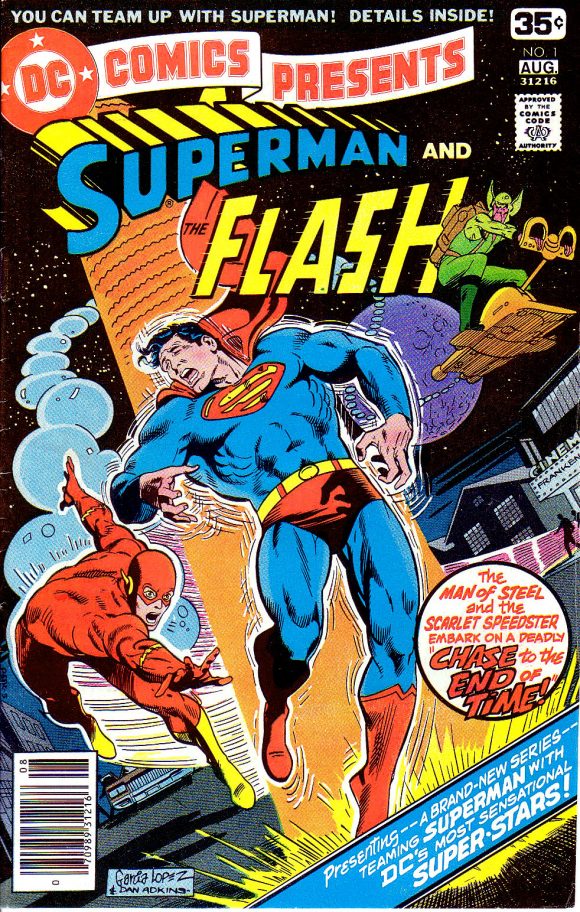 Black Orchid. The original incarnation of the Black Orchid appeared in Adventure Comics #428-430 before moving to backups in Phantom Stranger #31-32, 35-36, 38-41. Include her appearance in Super Friends #31 and her Who’s Who pin-up page and you have a nice little trade of stories that have never been collected. 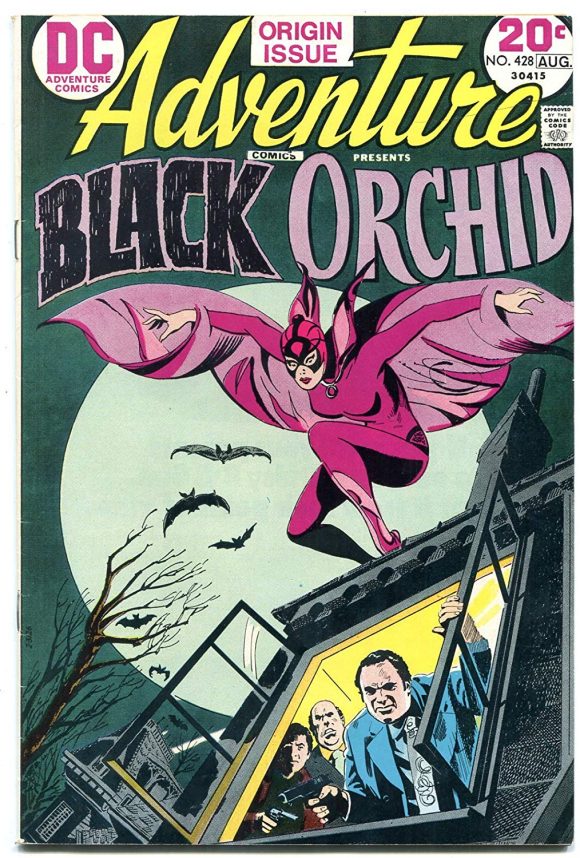 All-Star Squadron. One of the most beloved DC books of the ’80s. And yet the only collected edition is the black-and-white Showcase Presents edition reprinting the preview from Justice League of America #193, Issues #1-18, and the first annual. The series actually lasted 67 issues and three annuals so there’s enough material to mine, similar to the recent New Teen Titans trades — which are on Volume 9! 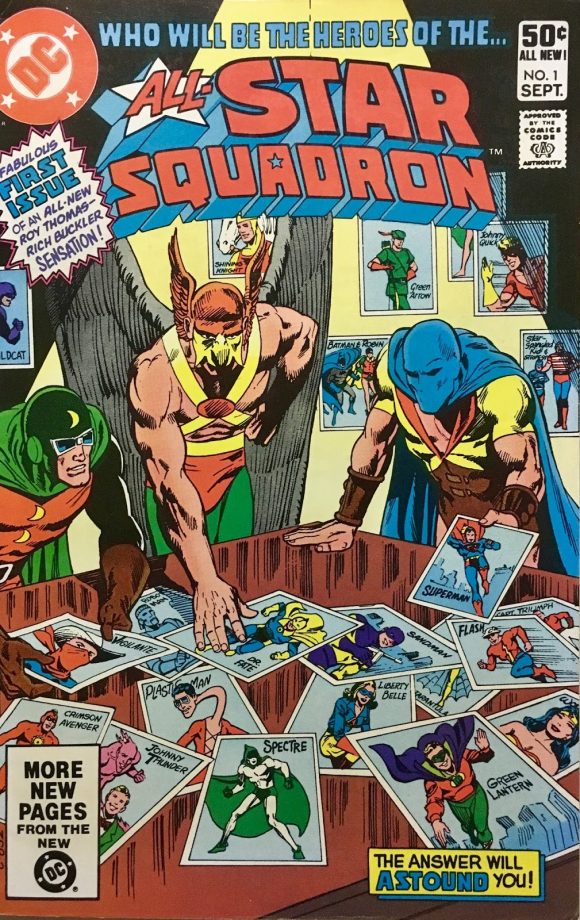 Morbius, The Living Vampire. Morbius was the first Spider-Man villain to break out on his own as a feature character headlining his own comic. And what a headline it was! And yet, Adventure Into Fear With the Man Called Morbius…The Living Vampire has never been collected. In addition to Adventure Into Fear #20-31, also include Amazing Spider-Man #101-102 (the character’s intro), Marvel Team-Up #3-4, Giant-Sized Super-Heroes #1, Giant-Sized Werewolf by Night #4, and Marvel Premiere #28. (If Marvel can reprint the lauded The Tomb of Dracula, they certainly can reprint this. — Dan) 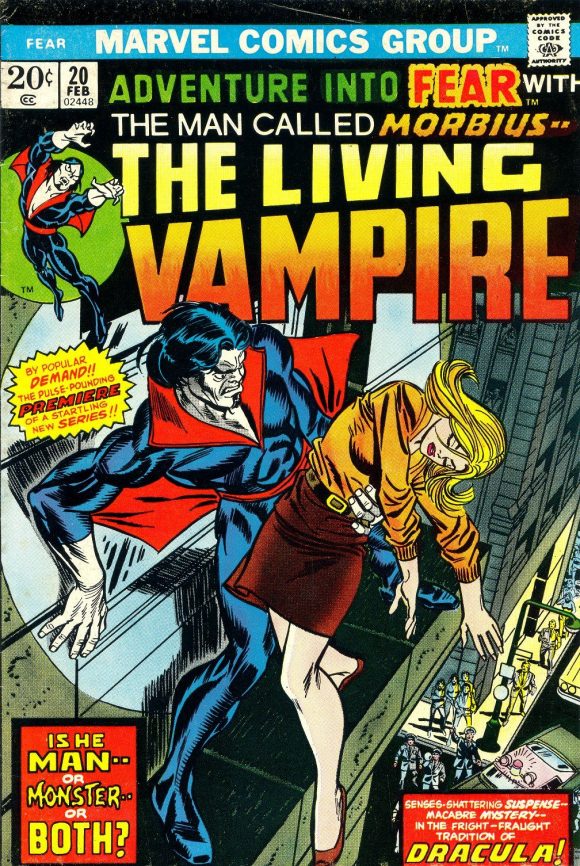 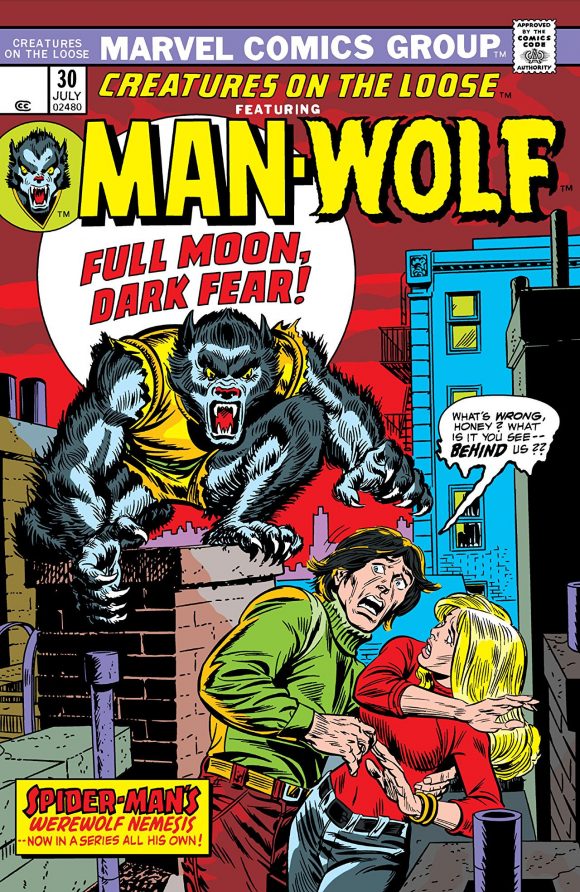 The Flash: The Death of Iris Allen. It’s a travesty that NONE of the Cary Bates/Irv Novick Flash run is collected. But if we’re going to start somewhere, how about with the Death of Iris Allen? The actual death happened in The Flash #275 but the groundwork began in Issue #270, when the series took on more of a soap-opera approach than the traditional done-in-ones. The arc concludes with Issue #284 when Barry Allen  — alas, temporarily, as it is with time-traveling villains — brings murderer Professor Zoom, the Reverse Flash, to justice. 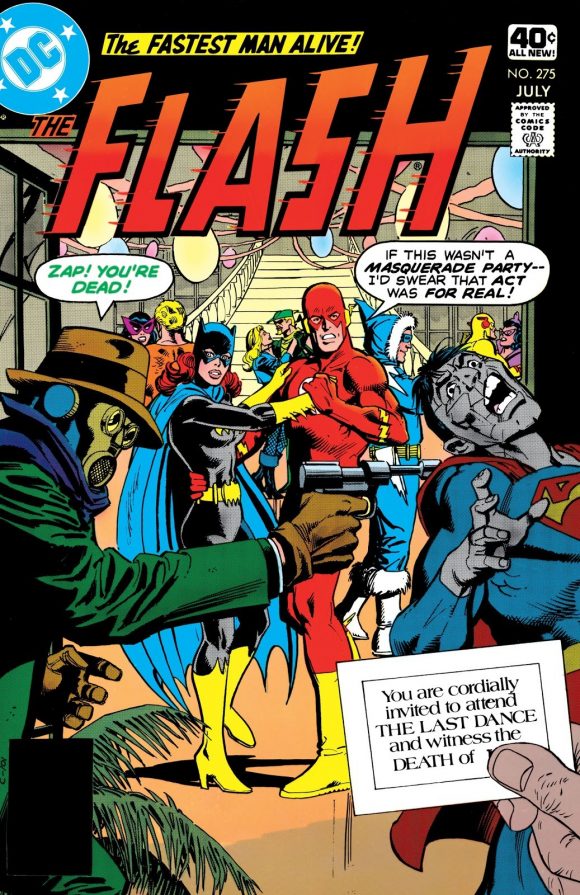 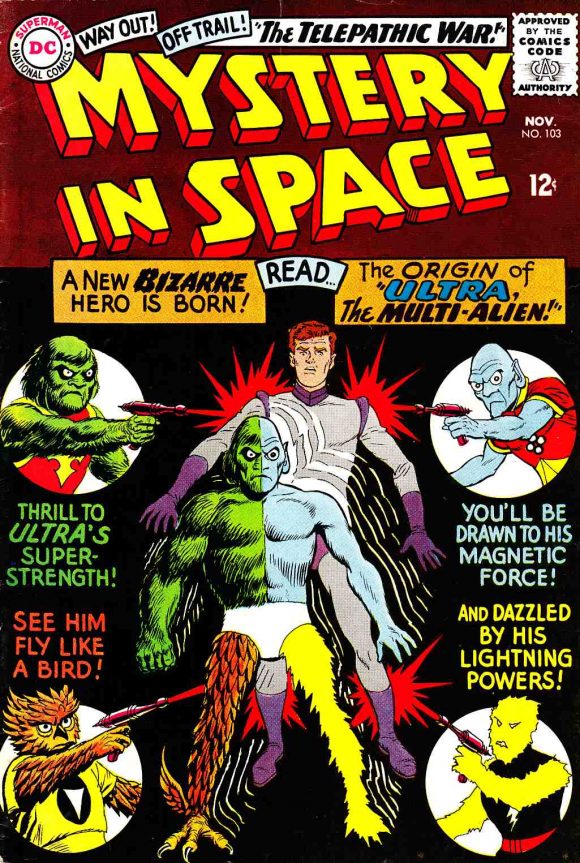 Dollar Comics Supergirl. Superman Family was a Dollar Comic from Issue #182 to #222 with all-new features, including Supergirl, who was often the cover star. This would lead into The Daring New Adventures of Supergirl, which already has two collected volumes in print. So how about the prequel? 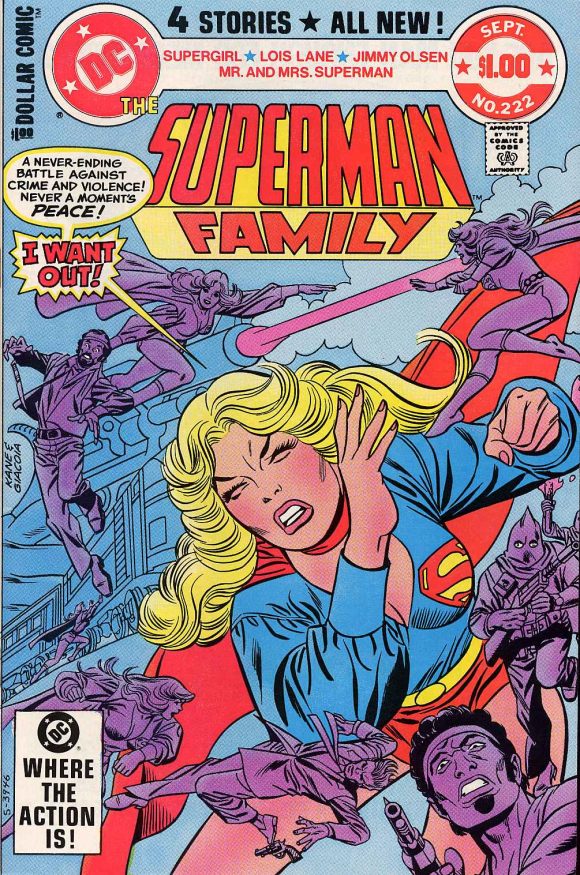 The Dynamite Duo. Batgirl and Robin teamed up in the majority of Batman Family’s first 16 issues before it became a Dollar Comic. Featuring appearances by Man-Bat, the Outsider, Killer Moth, Cavalier, Duela Dent, and Batgirl’s brother Tony Gordon, this is an era of Gotham City that is underserved in collected editions. 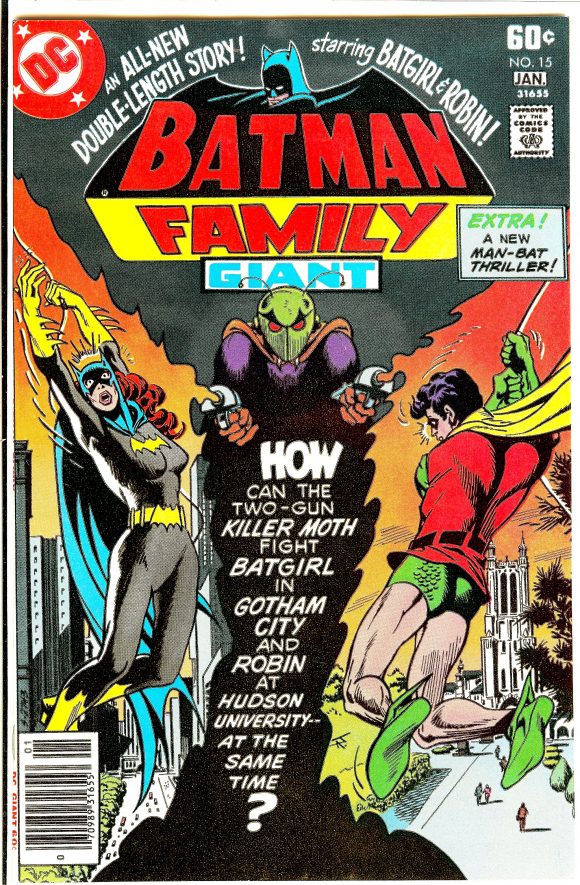 The Shadow. I never got to read the Bronze Age comic DC published from 1973-75 (12 issues). So a collected edition would be the easiest way in. Unfortunately DC doesn’t control the rights to the Shadow, who is owned by Conde Nast. The Shadow is currently under license to Dynamite Comics so maybe something can be worked out. And if you can accomplish that, might as well do a second volume featuring the Howard Chaykin four-issue mini-series from 1986 and its ongoing 21-issue sequel, which included work by Andy Helfer, Bill Sienkiewicz and Kyle Baker. Who’s Who: The Definitive Directory of the DC Universe. The original series. Yes, I have all of the issues and still look through them on a regular basis. And yes, these versions of the characters are generally outdated. But in many ways they are also the core of the characters. And I think it would actually serve more use than the DC Comics Encyclopedia, which has to be updated every few years it seems. So an omnibus edition featuring all 26 issues plus the five from Update ’87 and the four from Update ’88 would be much appreciated. And if you can get George Perez to knock out a massive wraparound cover featuring characters from A to Z? Take my money now, DC!