The Surprise Comic Every BATMAN ’66 Fan Should Read

UPDATED 11/5/19: AHOY Comics’ The Wrong Earth prequel Dragonfly & Dragonflyman launches Wednesday (click here) and so it’s a perfect time to re-present this piece from 2018 that looks at the satirical world created by Tom Peyer and Jamal Igle — and how it riffs on both Adam West’s Batman ’66 and Frank Miller’s The Dark Knight Returns. Dig it. — Dan

There are two Batman ’66 comic books being published right now — in a fashion.

The second one you might not know: The Wrong Earth, by writer Tom Peyer and line artist Jamal Igle — which you should most definitely pick up along with the officially sanctioned series.

In a nutshell, The Wrong Earth, the first title launched by the new AHOY Comics, asks a very simple, yet compelling, question: What if a sunny, do-gooding, ’60s-ish caped crusader switched universes with his grim-and-gritty counterpart on an alternate Earth? 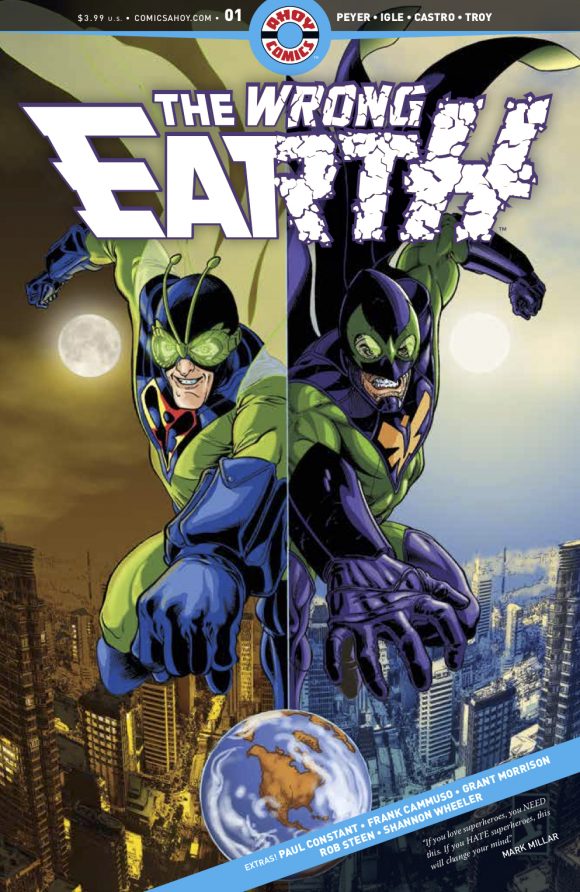 In other words, what if Adam West swapped worlds with Frank Miller’s Dark Knight? (Click here for an EXCLUSIVE PREVIEW of Issue #2, out 10/10.)

Obviously, legal limitations prevent AHOY’s creative crew from using the bona fide Batman — our heroes are called Dragonflyman and Dragonfly — and there are enough details changed to keep the properties quite separate. But the world(s) built by Peyer, Igle and co. will be immediately recognizable to longtime fans of the TV series, right down to the superfluous labels used to identify, say, a RICOCHETING HEAT BEAM or an INDUSTRIAL THERMOMETER. 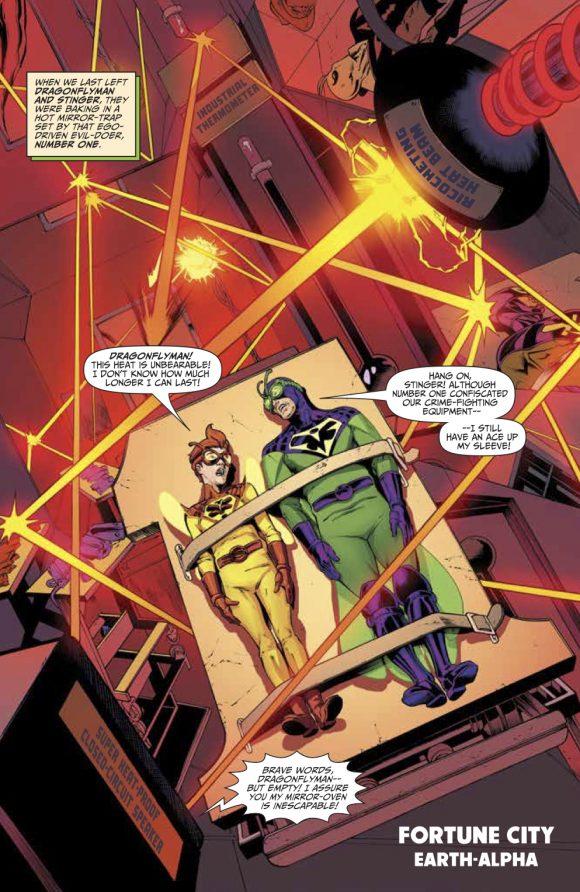 Peyer, who is also the editor-in-chief of the fledgling publisher, especially knows of what he speaks. He’s not only a former DC editor and writer, he’s a Batman ’66 fan of the first order. We’ve quoted him on it a few times, but more importantly, he wrote a number of the original comics series’ best stories.

(John S. Drew and I have been singing his praises as we review every issue of the Batman ’66 series on The Batcave Podcast. Click here.)

Peyer’s gift is his ear for the show’s campy dialogue and his eye for its winking detail. Where some writers immediately go broad when scripting the ’66 universe, Peyer exhibits the kind of restraint that marked the show’s best episodes, particularly those in the first season. That held true in his official Batman ’66 stories and it holds true in this satire. 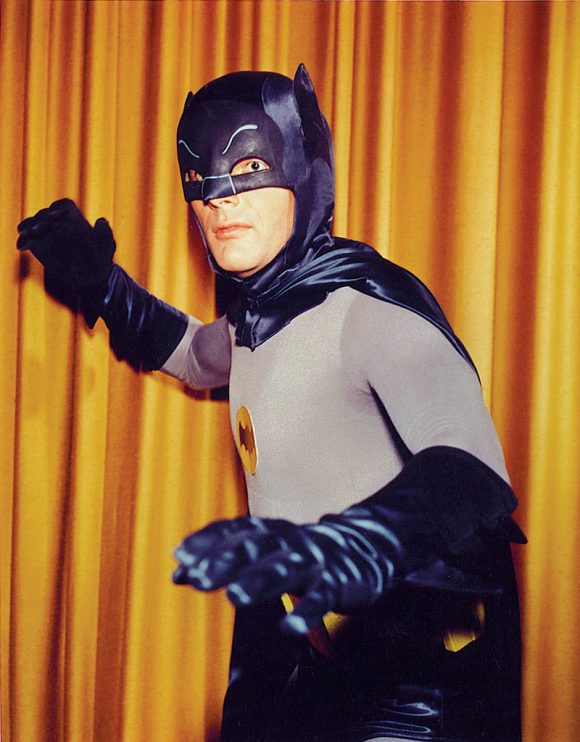 He’s also well matched with fellow comics vet Igle, who has a classic, yet modern, artistic approach suitable for both the bright Earth-Alpha and the dark Earth-Omega. (Click here to check out some of his character designs.)

It’s additionally worth noting that AHOY is committed to giving readers what they were once accustomed to: Extra material for their buck. (Or $3.99 in this case.) The first two issues include not just the main feature, but retro-styled back-ups written by Paul Constant that show Dragonflyman and his teenage sidekick Stinger in their natural element. There are also unrelated text pieces by the likes of Grant Morrison.

Further, The Wrong Earth is more than mere satire: It’s a balm for readers who’ve grown weary of a seemingly endless stream of broken antiheroes and dead sidekicks. The subtext seems to be, “We’re as tired of seeing this as you are.” 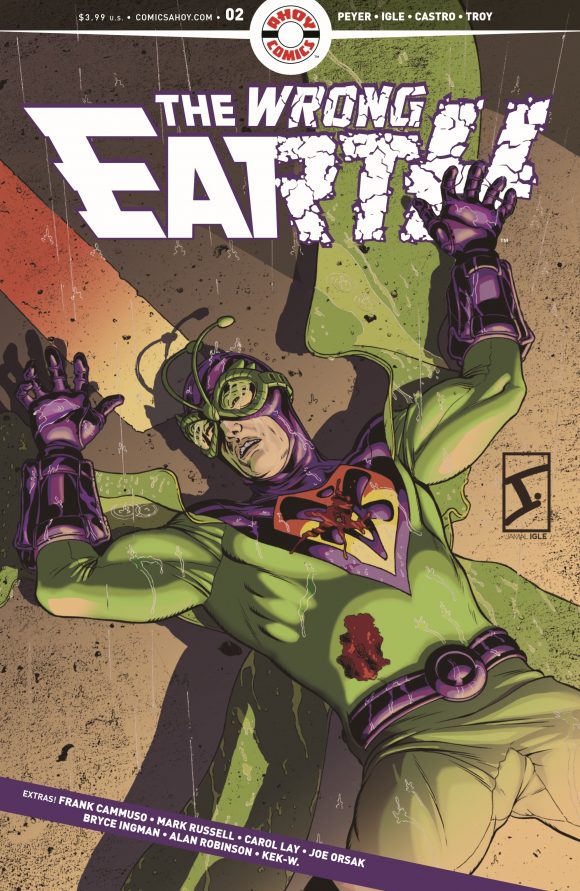 Dragonflyman, out of his element

Which is why it’s helpful that the book actually isn’t a Batman comic. Its independent pedigree allows Peyer and Igle to stretch the boundaries of their through-the-looking-glass worlds into the realm of sly commentary about the comics industry itself.

The effect is immersive and subversive, a wildly entertaining package that has nothing — and everything — to do with Batman ’66.