It’s BATMAN ’66 WEEK! Comics creators, they’re just like us! See what industry stars like Mark Waid, Chris Burnham, Liam Sharp — and writers of the Batman ’66 comic pick as their favorite parts of the show!

It’s hard to pick one, but I’m going to go with the bit that taught me to anticipate every Neil Hamilton scene with pleasure.

“The Devil’s Fingers,” Part 1 of Liberace’s tour de force as concert pianist Chandell and his rotten twin brother Harry, opens with a bizarre music-themed robbery at Stately Wayne Manor. Commissioner Gordon and Chief O’Hara come running and learn that millionaire Bruce Wayne and his young ward Dick Grayson are on separate vacations. Hoping to wrap the case up before they return, the Commissioner calls the hot-line Batphone.

Clarification. He smugly calls the hot-line Batphone, completely secure in his absolute faith that the Dynamic Duo will swoop in and solve everything. (His complacency is mirrored by Chief O’Hara, whose job it is to make sure Gordon doesn’t ever have to experience an emotion by himself.) 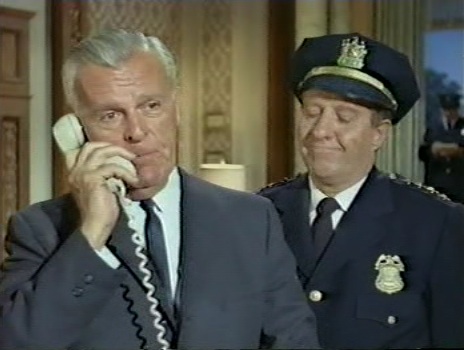 Answering the distress call, loyal butler Alfred gravely delivers the news that “Batman and Robin are not at present available…”

…And the bottom falls out of Commissioner Gordon’s world. 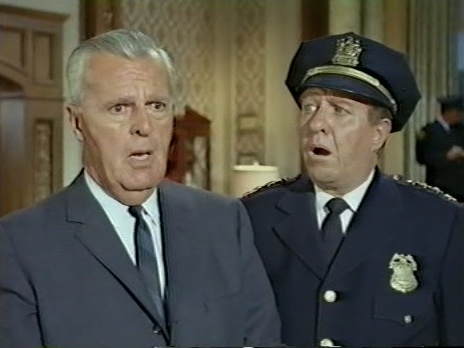 I loved the comical deflation, but it was the perfect smugness of the set-up that made me a Neil Hamilton/Gordon fan for life.

You merciless fiend. Do you realize how hard this is for me to narrow it down?  I have two favorite moments.

One is from the pilot. It goes to Tom Peyer’s astute observation that the way the producers made Adam West and Burt Ward look young and vital in the show was to make sure that every other actor around them came over on the Mayflower.

Despite his size, there’s only so much you can do to make an adult like Burt Ward look like a Boy Wonder, but they tried. In fact, if you notice, the very first time we ever lay eyes on Dick Grayson, who I remind you was being portrayed by a 20-year-old man — 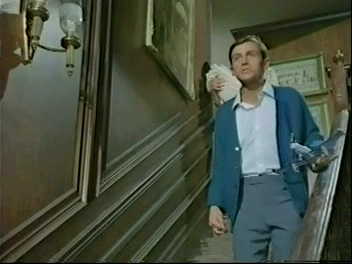 — he’s excitedly carrying a model airplane in his hand.

My other favorite moment comes from Season 3’s Siren episode, in which we learn the secret location of Bruce Wayne’s hidden wall safe. Cleverly enough, it’s concealed behind a painting. 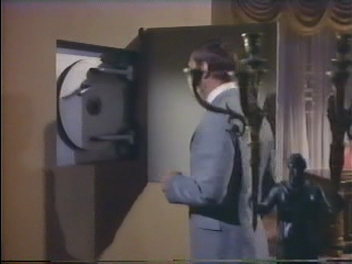 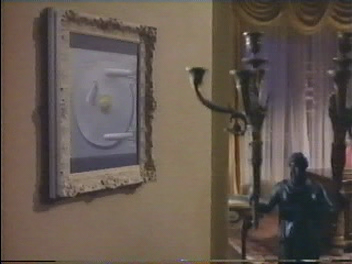 My favorite part of the original Batman TV show was Victor Buono as King Tut, hands down. He played that role for all it was worth. He vamped through the camp like a major-league slugger playing in a beer-league softball game.

It helps that he was an Oscar- and Golden Globe-nominated actor with all kinds of chops. He also did a bunch of other genre TV like “The Wild Wild West” and “Man From Atlantis.” 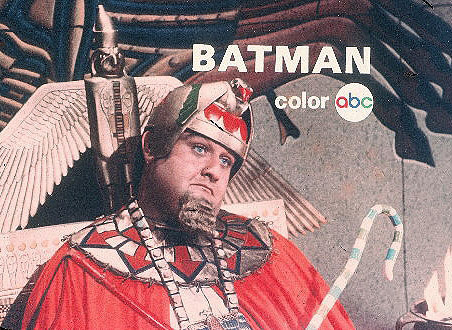 But Buono as King Tut was always a treat for me. The first question I asked Jeff Parker when he started writing the Batman ’66 book (from DC) was “Will there be any King Tut?”

Rather than a favorite episode, I have a lot of moments from all the shows that make up my ideal episode for this Batman, and that’s how I approach the comic. Where instead of trying to be funny, they embrace the craziness of it all and work within it — that’s what I think ‘camp’ is or should be. It’s not making fun of the outlandishness of the comics, it’s reveling in it, completely owning it.

So I hook onto wherever the actors really inhabit their role, like when Frank Gorshin as Riddler really cracks himself up so hard he has a brain freeze, or where Penguin seems to take the fact that he’s making a movie pretty seriously, but also wants to compromise Batman by essentially putting him in an X-rated scene with Marsha, Queen of Diamonds. And really, anything where King Tut speaks. 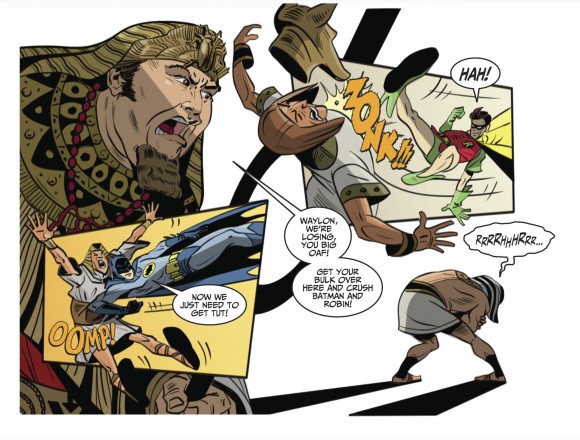 From Batman ’66 digital issue #23, by Parker. Art by Ruben Procopio.

My favorites are the ones the Batcopter’s in. I always say that. (Chronologically: The 1966 movie; “The Duo is Slumming,” with the Puzzler; “Ice Spy/The Duo Defy,” with Eli Wallach as Mr. Freeze; “Surfs Up! Jokers Under!” and “The Joker’s Flying Saucer.” 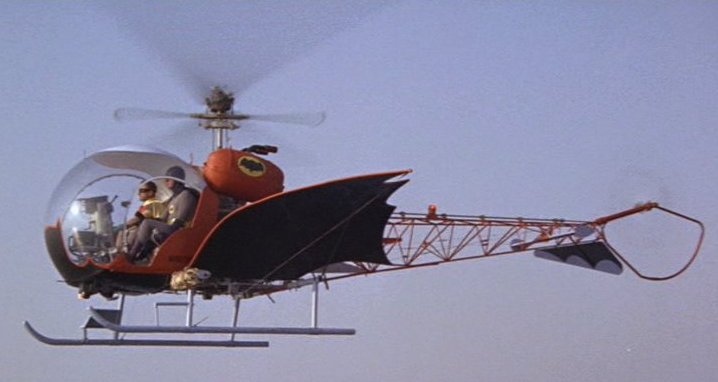 Ed Catto, comics maven, entrepreneur and driving force behind the modern resurgence of Captain Action (and the forthcoming Batman figure):

As a kid, my favorite moments of the Batman ’66 TV Show were, for whatever reason, when Batman and Robin would seize the opportunity to break out the Batboat or the Batcycle. I’m not sure why. Maybe it was simply because the idea of Batman having a wide array of Bat-vehicles was just too cool. And while my family’s Plymouth station wagon didn’t look like the Batmobile, any nearby boat (I grew up on one of the Finger Lakes in upstate New York), was just one step away from being a Batboat. 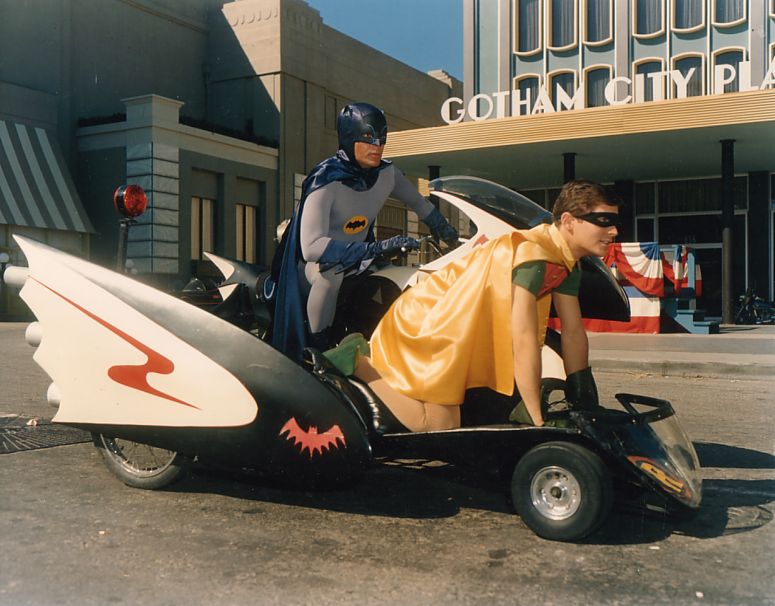 Looking back on it, I was probably just envious the way that Robin could jauntily jump on into the Batboat (or into the Batmobile without using the car door, come to think of it), a bold flaunting of the rules and regulations to which I always had to adhere.

Note: You know, I just recently realized that there were two styles of Batcycles in the series! I kind of dig the first one they used: 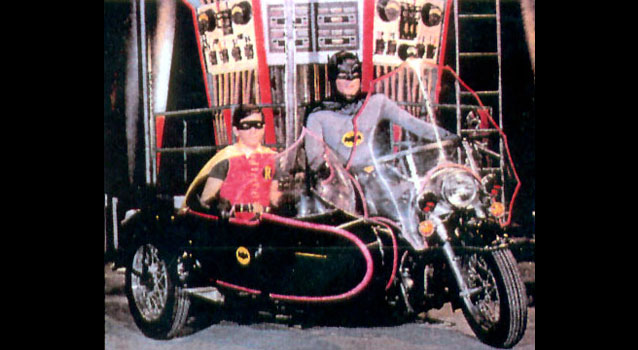 I never remember a time in my life when I didn’t watch the Batman TV series; it was part of a massive block of choice reruns that a local Philadelphia station ran during the day, every day, and of course seeing a live-action comic book was hypnotic. I watched every episode multiple times; I just ate it up.

When I was around 12 or so, I remember watching an episode and after Batman said something, a strange, heretofore unknown thought occurred to me: Wait a minute … I think this is … supposed to be funny.

From that moment on, I watched the show just as religiously, but with a different eye. I look back on that moment as one of the clear, definable markers of approaching adulthood.

The “Hi Diddle Riddle/Smack in the Middle” two-parter remains one of my favorites. It’s not because of the dancing (which was adorable), but rather because of Molly’s tragic death at the end of the story. Her death established a sense of menace that gave weight to all the stories that came afterwards. Yes, this was a fun, light-hearted show … but anything could happen at any time. Molly made for one heck of a Robin to boot! 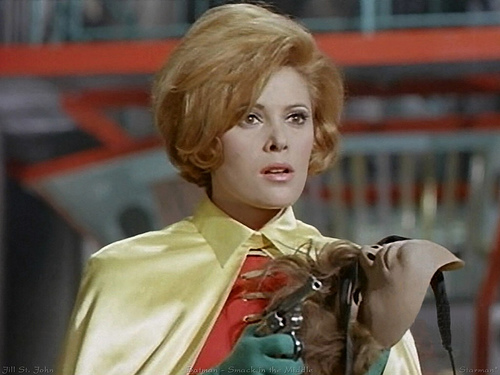 Ron Marz, comics writer who has worked on tons of characters (and says one of his unfulfilled ambitions is to do a Batman: Black and White story):

I think more than any particular episode of the show, my favorite thing was the Batmobile itself. I loved that car, and still do.

I was in Los Angeles a few years ago, and my friend and artist Ruben Procopio took me to the shop of George Barris, who built the ’66 Batmobile. It was after hours, so the shop was closed, but there were big showroom windows, and there sat the original Batmobile. It was a pretty satisfying moment for me.

And now, of course, Ruben is one of the artists for DC’s Batman ’66 comic. Funny how things from childhood weave together years later.

My only strong memory of the show is watching the intro VERY intently and hoping against hope that Batgirl’s motorcycle would fly across the screen. Yvonne Craig didn’t hold quite the pre-pubescent place in my heart that Linda Carter or Erin Gray did, but she ranked above Connie Selleca or Catherine Bach!

I can’t remember the episode name or even who the villain was but the cliffhanger for the end of the show was Batman and Robin getting half swallowed by giant clams in a pool! The image of Robin’s leg dangling out of the mouth of a giant clam was priceless! 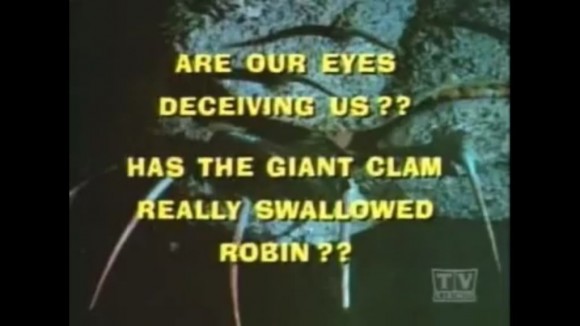 I have to give a special mention to the episode where Vincent Price played Egghead because he had a giant dinosaur egg that he hatched. Even a “cheezy” dinosaur is still a dinosaur. 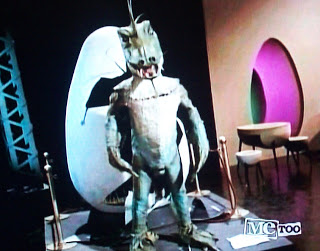 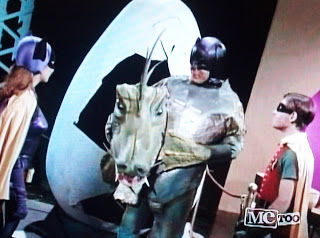 Ah! I was always fond of the “noble porpoise” quote (from the movie) …

(Moments after an off-camera explosion, we see Batman and Robin speeding in their Batboat.)

Robin: Gosh, Batman. The nobility of the almost-human porpoise.

Batman: True, Robin. It was noble of that animal to hurl himself into the path of that final torpedo. He gave his life for ours. 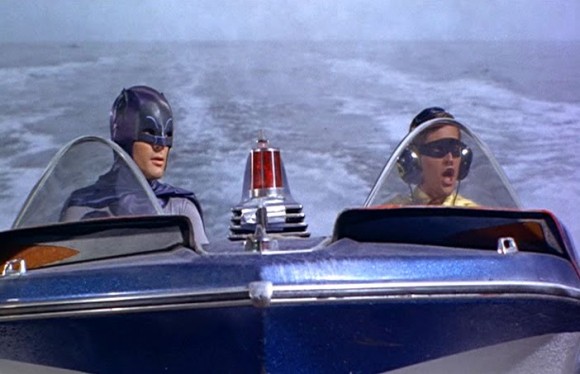 As an adult, I find myself enjoying all those strange little nuances that just annoyed me as a kid. For instance, I just can’t enough of Paul Revere and the Raiders playing at a fundraiser for the Penguin’s mayoral campaign.  I don’t think I liked the belly dancer in that scene back in the day either, but now I just chuckle and wonder, “How did they ever get away with that madness?” Likewise, I wonder what it was like for Paul Revere and the Raiders to perform on set that day. There’s a made-for-TV movie in there somewhere.

My current Holy Grail shows – the ones I’m really anxious to watch — are episodes 49 and 50. They feature the piano-playing bad guy, Chandell. But it’s not Liberace that’s makes these episodes special. It’s not even Aunt Harriet with a gun. 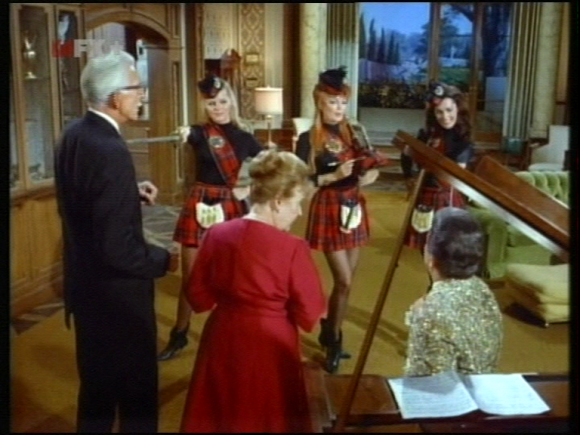 They just have so much untapped potential! I’d love to read more adventures of Batman vs. these sinister sirens. Maybe I can figure out a way to write a story before Scott Snyder drags them into the New 52.