An 80th anniversary celebration of the world’s greatest sidekick…

Perfect time, then, to announce ROBIN WEEK — an 80th anniversary celebration of the greatest sidekick in popular fiction. (Yes, even greater than you, Dr. Watson.)

Anyway, ROBIN WEEK will begin Sunday and will feature a roost full of features like the TOP 13 ROBIN STORIES EVER, the TOP 13 ROBIN COSTUMES EVER and so forth. We’ll have a full roster of regular 13th Dimension contributors, plus a couple of special guests, to boot.

Now, if today is actually the anniversary, why are we waiting another two days to start the ROBIN WEEK celebration? Well, that’s because next week is when DC is releasing the Detective Comics #38 Facsimile Edition (click here). And originally, the publisher was also going to put out the Robin 80th Anniversary 100-Page Super Spectacular the same day (click here) but now that’s coming March 18. 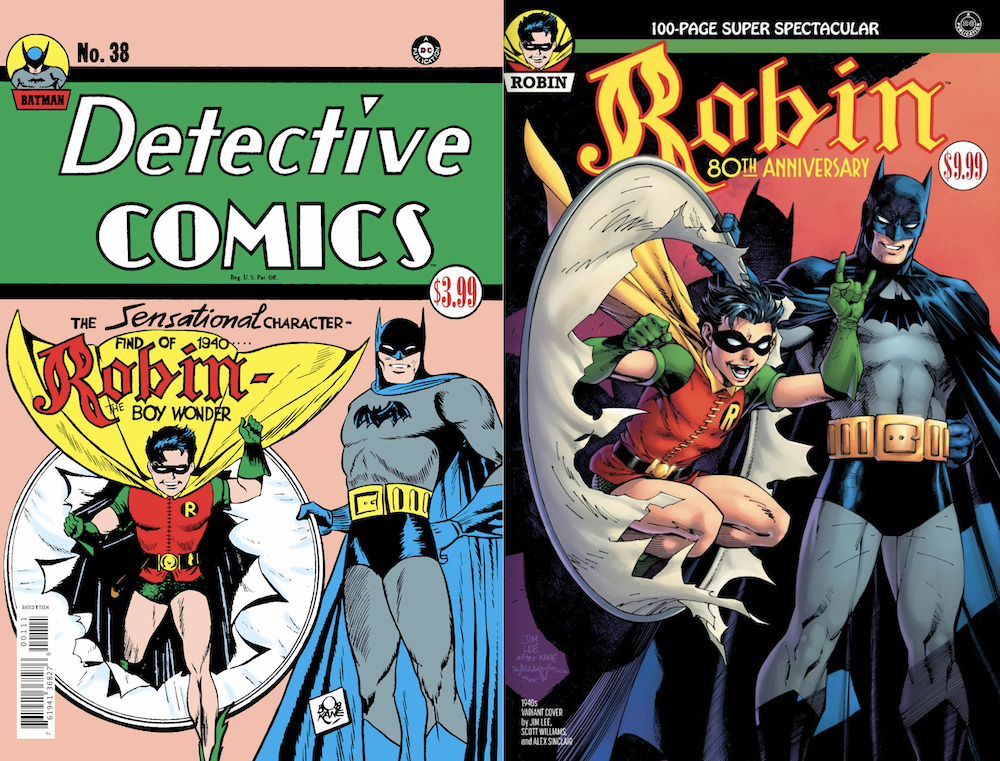 So we’re having our birthday cake and eating it too: As a special prologue, today we bring you — fittingly — a very rare INSIDE LOOK at Detective Comics #38, thanks to the Facsimile Edition. (You’ve read the story, I’m sure, but you’ll love seeing some of the other material in the issue. Link is below.)

And on Sunday, we’ll be kicking off our ROBIN WEEK coverage in earnest with a special guest who’s very popular with Bronze Age fans. Then, the following week, you can grab your Robin 80th Anniversary 100-Page Super Spectacular.

That’s a lotta Robin — and he (or she) certainly deserves it.

Keep coming back to this post, because we’ll be updating with links as we go along.

— Prologue: A Rare INSIDE LOOK at DETECTIVE COMICS #38. Click here.

— The Grooviest ROBIN Story in Years Is a Candy Ad. Click here.