The TOP 13 ROBIN COSTUMES Ever — RANKED

ROBIN WEEK: Does the costume make the hero?

One of the coolest Robin stories of the Bronze Age was Detective Comics #481’s Does the Costume Make the Hero? The 1978 Bob Rozakis-Don Newton-Dan Adkins joint gave the Teen Wonder the opportunity to try on new outfits, which in a neat bit of meta narrative were each designed by real-life readers. 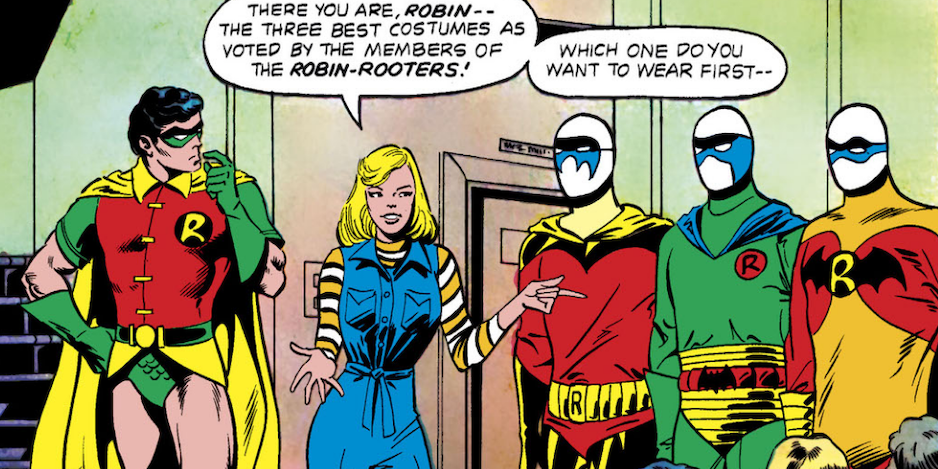 See, by the ’70s, fans were well aware that briefs and pixie boots weren’t going to cut it anymore, so readers would send in their ideas to modernize Robin’s look and DC would publish them in, say, Batman or Batman Family.

Now, of course, Robin by this time already had had different outfits, but usually of the alternate universe variety. Meanwhile, over the last four decades many more have popped up.

So, with ROBIN WEEK here, I asked 13th Dimension contributor Anthony Durso, a talented graphic designer, to rank THE TOP 13 ROBIN COSTUMES EVER.

And there are some real corkers in there:

13. Thrillkiller. Howard Chaykin and Dan Brereton turned the Batman mythos on its head with this 1997 look at the ’60s team of Batgirl and her sidekick Robin — who made a unique fashion statement with his R-emblazoned varsity football jacket. 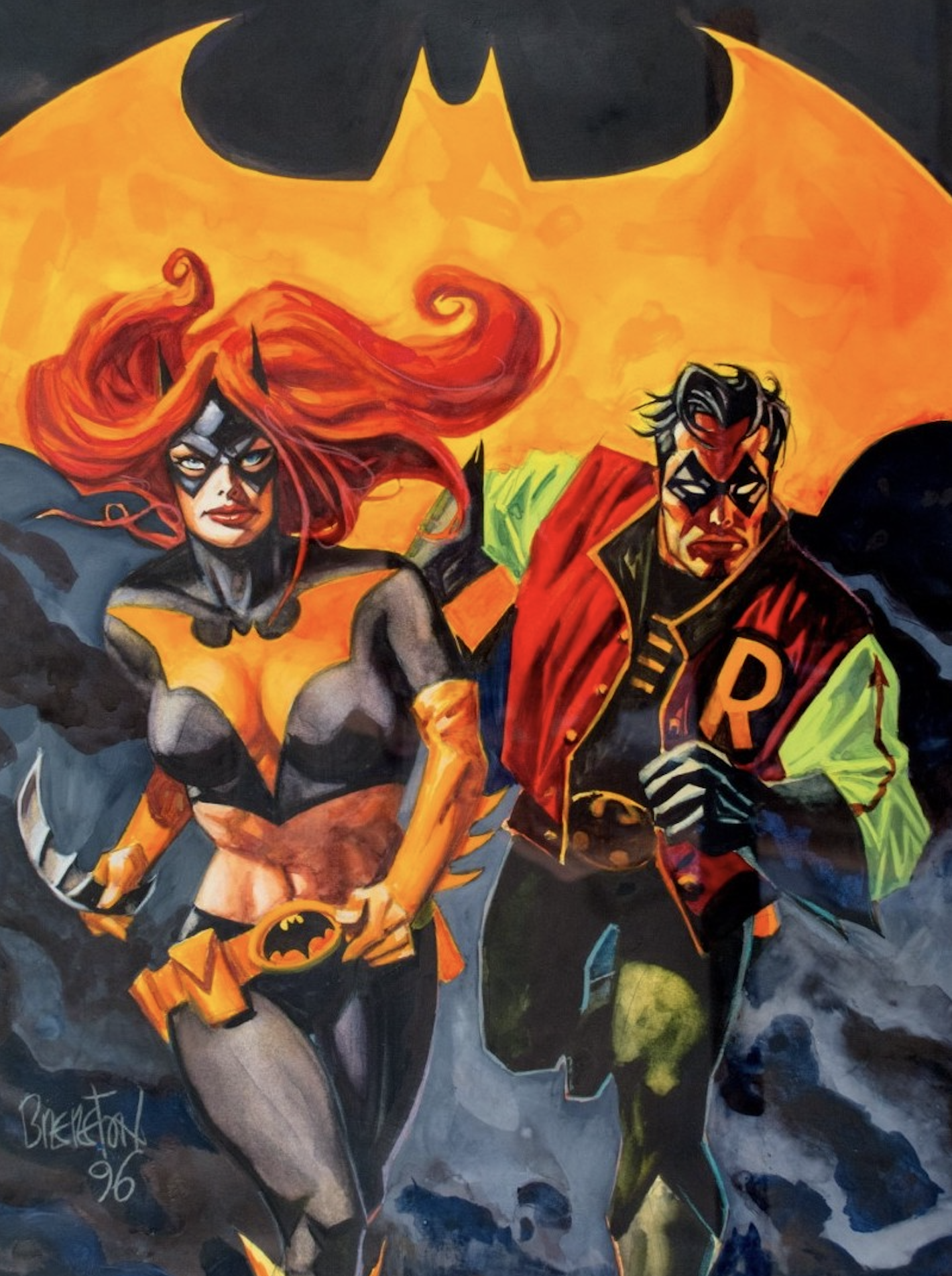 12. Flamebird. Even though he’s really Jimmy Olsen, Flamebird is technically the Robin to Superman’s version of Batman (Nightwing) when they do the superhero thing in the Bottle City of Kandor (since Supes doesn’t have powers under an artificial red sun). And to bring it back around to Dick Grayson, it’s these exploits that originally inspired him to adopt the Nightwing name when he eventually outgrows his Robin role. In addition, Bette Kane undergoes a similar transformation from the original hyphenated Bat-Girl to the more flamboyant Flamebird, all in pursuit of the ex-Teen Wonder. (Jimmy Olsen’s Flamebird costume was designed by Curt Swan.) 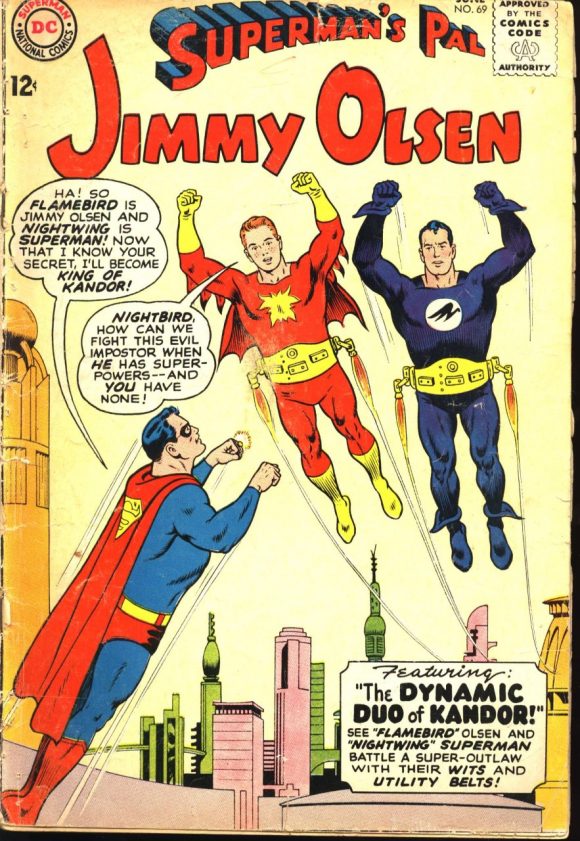 11. Beatles Robin. At least that’s what I’ve always called this costume designed by Carol A. Strickland. You see, once upon a time Robin (much like Supergirl, Katy Keene, the Legion of Super-Heroes, and the Dial “H” for Hero kids) solicited new costume suggestions from readers. The majority were pitiful, including one from later legendary Bat-artist Norm Breyfogle. But it’s the one by Ms. Strickland (the ’70s you know) that I’ve always liked the best. Why is he Beatles Robin? Not sure. Something about the hair and mustache always reminded me of Ringo Starr. 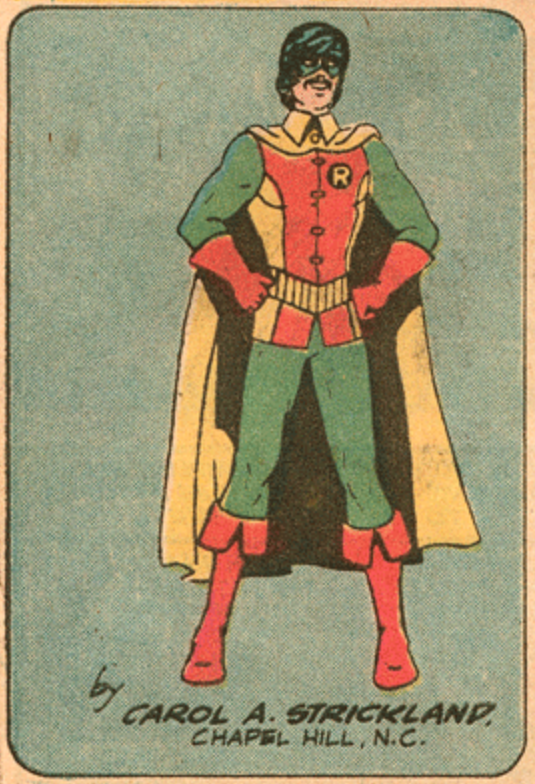 10. Earth-Two Robin’s First Adult Costume. When it came time to move past the long shadow of the original Batman, the Earth-Two Robin just really didn’t try all that much. His first adult costume (in Justice League of America #55) was basically a Batman hand-me-down, with just a logo change and a domino mask and yellow cape. But that’s what makes it so great… the lack of effort. (Designed by Mike Sekowsky and Sid Greene.) 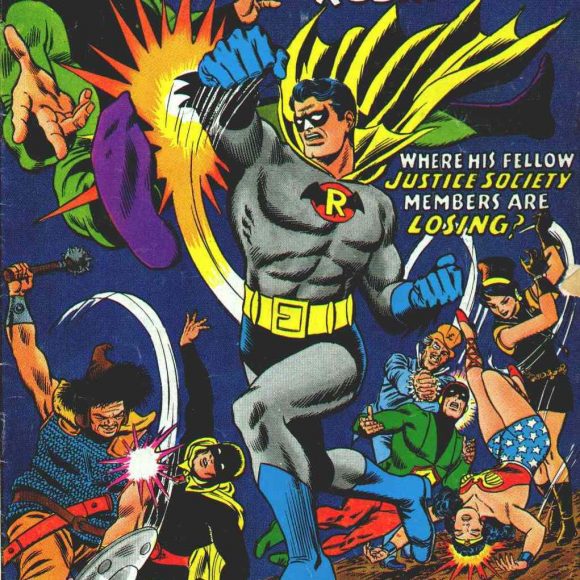 9. Red Robin (Kingdom Come). Although this costume and alias was eventually adopted in continuity by Tim Drake, it first appeared in Kingdom Come, designed by Alex Ross. This grown-up Dick Grayson grew even closer to the shadow of the bat with his all black cowl, cape, gloves, leggings and boots, leaving only the ever-present brilliant robin red-breast to break through the darkness. 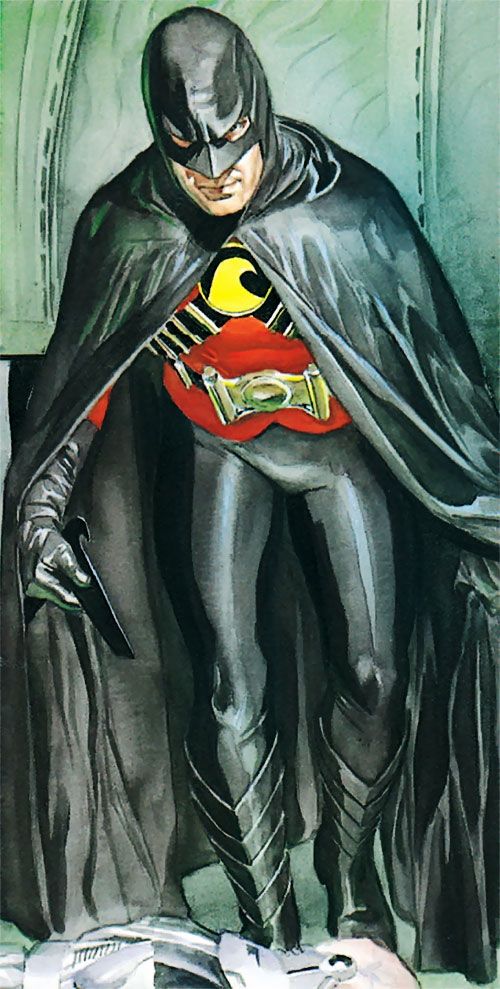 8. Carrie Kelley (The Dark Knight Returns). Frank Miller gave Batman a girl sidekick for the first time when he introduced Carrie Kelley in The Dark Knight Returns. Her costume is identical to the legendary Dick Grayson’s except she swapped out a batarang for a slingshot (which he used early on) and mask for green-tinted goggles. Nevertheless, it gave a splash of color to an otherwise dark and drab world. Other female Robins like Stephanie Brown and the New 52 Earth-2 Helena Wayne would come later with their own takes on the famous uniform but sometimes the original is the best. Or IS she the original…? 7. Molly (Batman ’66). The Riddler’s first moll died a tragic death when she slipped into the atomic pile after infiltrating the Batcave disguised as Robin the Boy Wonder. Once she takes off her latex mask for the true reveal, it’s obvious that she (Jill St. John) fills out the uniform better than Burt Ward. With her red hair, surely she must’ve been a subconscious influence on the creation of Carrie Kelley? 6. Tim Drake’s Second Costume. At first he wore the traditional Dick Grayson uniform as most newbies do. Neal Adams stepped up (more on him later) and put a more mature spin on the shorts and elf-booties. First appearing in Batman #357 (drawn by Norm Breyfogle), this suit transformed the Robin character from happy go-lucky acrobat to stealthy ninja, complete with bo staff and throwing “R”. 5. Jason Todd’s Original Costume. Pre-Crisis, Jason Todd was a circus acrobat with an origin very similar to Dick Grayson’s. Just substitute Boss Zucco with Killer Croc. When red-haired Jason first dons a costume in Detective Comics #526, it’s made up of remnants of Dick Grayson’s old childhood disguises. And although there isn’t a bird motif or an “R” anywhere to be found, the red, yellow and green still invoke the colorful sidekick of the Dark Knight as well as pay homage to the second costume of the Earth-Two Robin. Alas, Crisis on Infinite Earths allowed for a complete reboot of Jason’s origin and the original costume was lost to Hypertime. And that’s a shame. (Designed by Don Newton and Alfredo Alcala). 4. Earth-Two Robin’s Second Adult Costume. Thankfully, Neal Adams also interfered years before Tim Drake, and the Earth-Two Robin was given a more traditional red, yellow and green makeover that was first used in Justice League of America #92 and worn by the Earth-ONE Robin (drawn by Dick Dillin and Joe Giella). By his next appearance, E2DG was wearing this costume himself and it’d be the one he’d die in during Crisis on Infinite Earths. 3. Tim Drake (The New Adventures of Batman). Created by Bruce Time for the animated series, this costume would eventually be adopted (with a few tweaks) by the comic books. It improves Tim’s old costume by making it more super-heroic than the ninja suit, while losing the traditional Robin green. He kept the bo staff though. 2. Filmation Robin. Holy Mix-Up, Batman! Yes it’s the traditional Robin uniform but in the Filmation universe (both 1968’s The Adventures of Batman and 1977’s The New Adventures of Batman) you never know what side of the chest the Robin insignia will appear on, if it’ll be a mirror image, or if the colors will be swapped. And that’s part of the fun! See also: Super Friends and The New Scooby-Doo Movies. 1. Bronze Age Robin. There’s something about Robin’s costume as drawn by Bronze Age artists like George Perez and Jose Luis Garcia-Lopez. Yes it’s the same costume (more or less) since the Golden Age, but under the pencil of these modern masters it seems to fit better. For the better part of almost four decades, this is the Robin that has been on most merchandising and in the public’s mind. When you say “Batman and Robin”, THIS is the Robin you’re talking about.